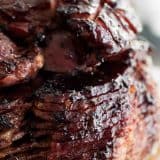 This Sweet and Spicy Ham Glaze Recipe is so easy with only 3 ingredients – jam, chipotle peppers and of course, the ham! You’ll love this easy baked ham recipe that’s a little bit sweet and a little bit spicy. 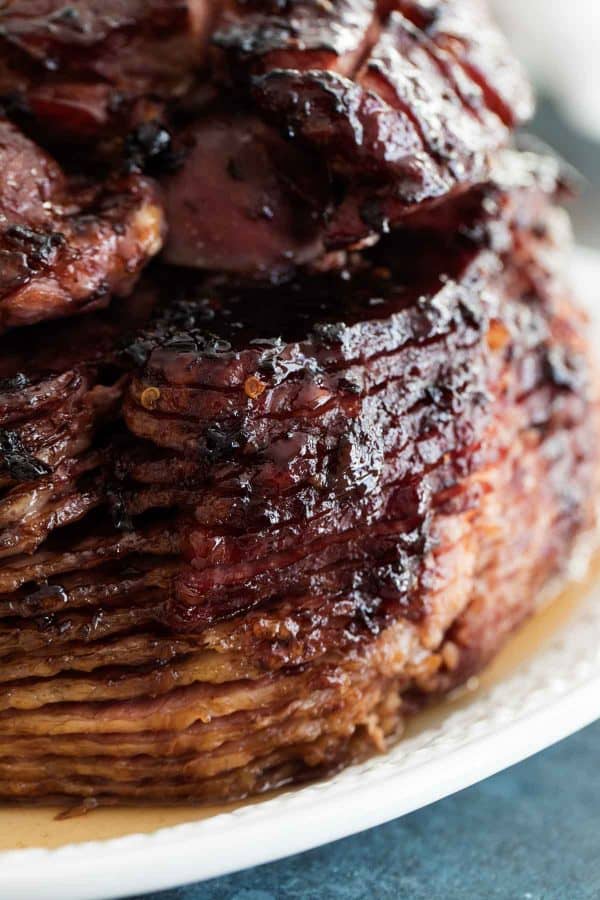 I feel like Thanksgiving dinner always gets the glory. People talk about the turkey and the side dishes and the rolls and the pies for weeks in advance.

But what about Christmas dinner?

I’ll admit that it seems like we don’t always keep things super traditional on Christmas. (We’ve even done a Mexican meal for Christmas dinner before!) But oh, how I do love a good ham dinner. I love that it’s so easy to make a baked ham, I love the tradition behind it, and I love that you get to have all of those Thanksgiving side dishes again.

If you are looking to change things up a little bit this year, but still keep that Christmas ham, this Sweet and Spicy Ham Glaze Recipe is for you. The glaze is so super easy. And you still get that sweetness that everyone expects, but with a little bit of spice to liven things up. I’m seriously addicted to this baked ham recipe, and can’t wait to make another for Christmas day!

I made this ham several times, and my biggest tips are: 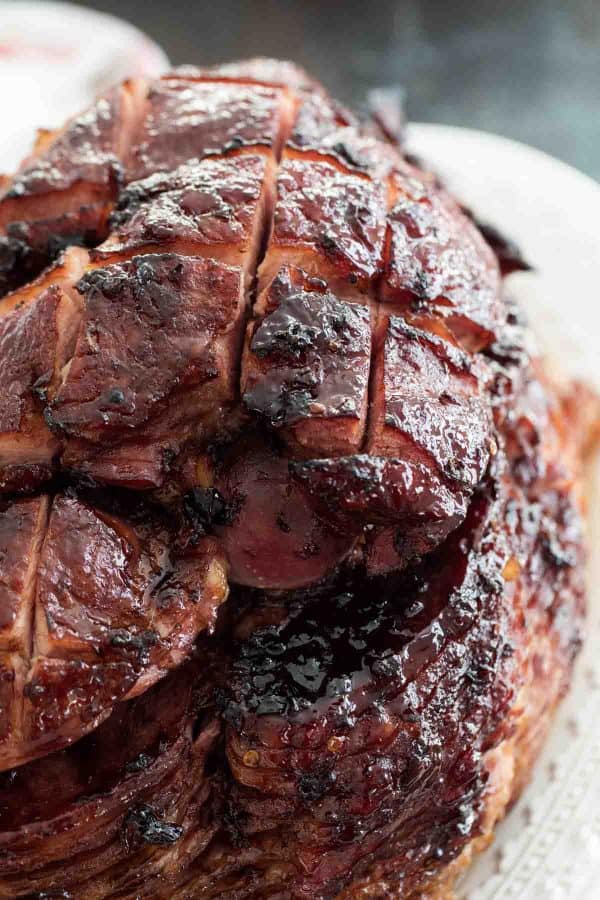 How to make this Sweet and Spicy Ham Glaze Recipe

The glaze could not be easier, since it only consists of 2 ingredients. Blackberry preserves and chipotles in adobo sauce. I haven’t tried this with any other preserves besides blackberry, but I do think that most jams would work just fine if you don’t care for blackberry.

For the chipotles in adobo, I will use a paring knife to cut the chiles open, then use that same knife to scrape the seeds out. Then finely chop the chiles. I found that the glaze gave a good spicy kick without any seeds, but if you really like heat, you can leave some or all of the seeds in. 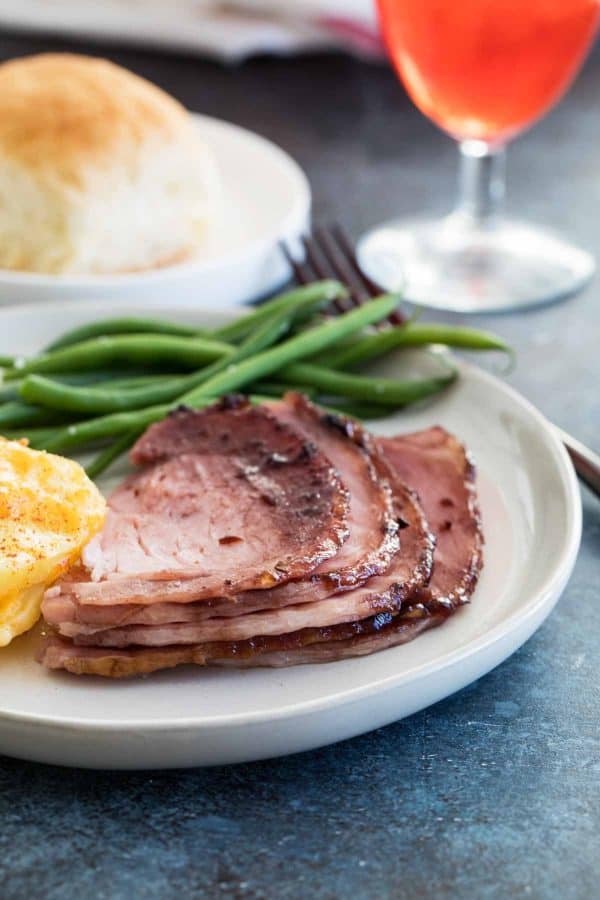 How long do you cook a ham?

Most hams that you can buy at the grocery store are precooked. But you will still need to warm them through to 145ºF. If you are using a bone in ham, it will take 15 to 18 minutes per pound. You don’t want to overbake the ham, though, so a good instant read thermometer would be a great thing to have on hand. A boneless ham will need to be cooked about 10 minutes per pound. 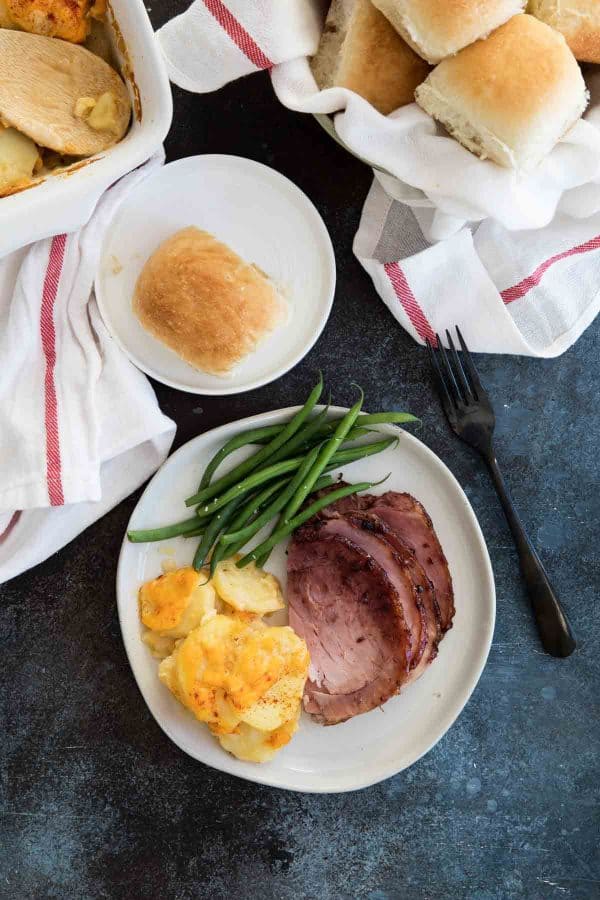 How much ham do you need per person?

How much ham you need person will vary, but as a general rule, I would plan about 3/4 lb per person if you are making a bone in ham, and 1/3-1/2 pound per person for a boneless ham. This is the weight before the ham is cooked. Your ham will lose some of that weight as it is baked, but a 10 pound bone-in ham should feed 12-14 people. But don’t forget to save some for leftovers – you don’t want to miss out on making this Creamy Shells and Ham Casserole, this Ham and Cheese Breakfast Casserole Recipe, this Ham and Cheese Crescent Bake, or this Ranch Ham and Cheese Pasta. 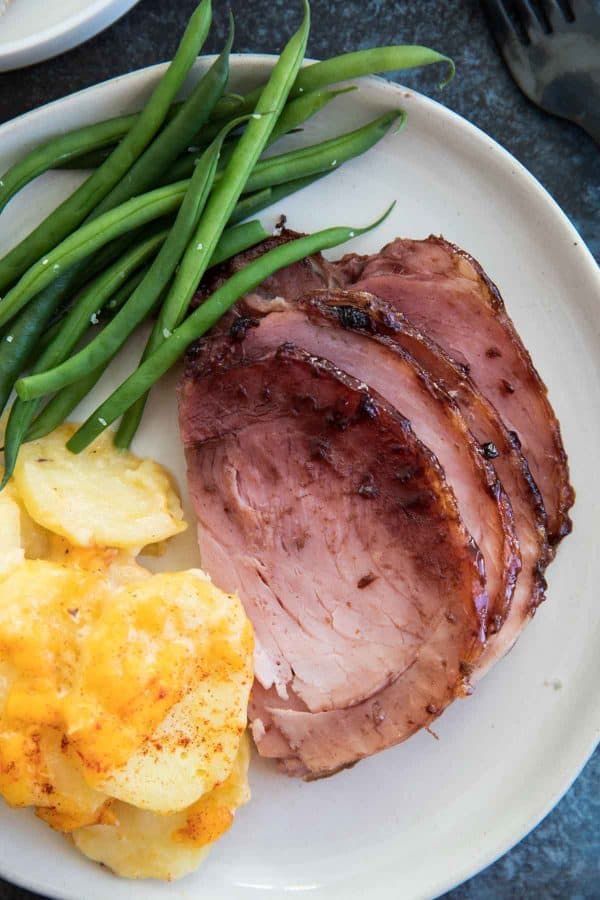 Perfect side dishes for ham

Tools used for this Sweet and Spicy Ham Glaze Recipe

This Sweet and Spicy Ham Glaze Recipe is so easy with only 3 ingredients – jam, chipotle peppers and of course, the ham! You’ll love this easy baked ham recipe that’s a little bit sweet and a little bit spicy. 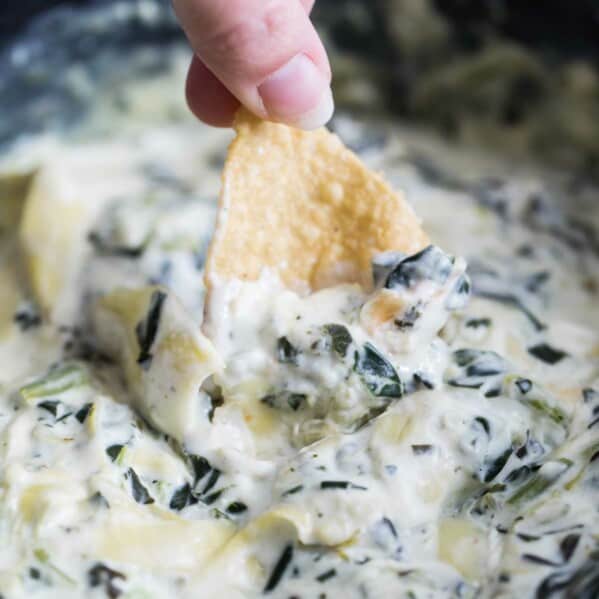