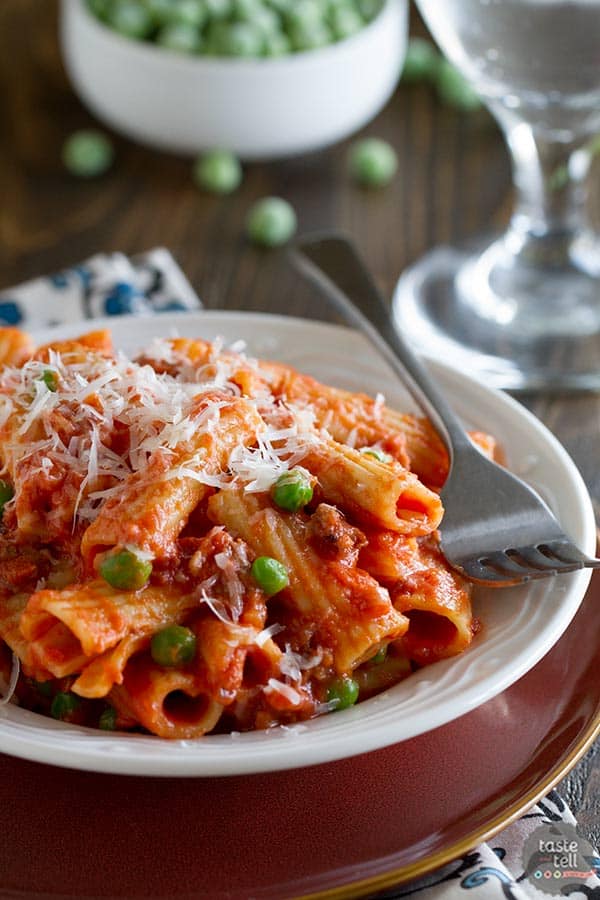 Originally posted January 29, 2010 – the weather here in Utah has been so mild this winter, but that hasn’t stopped me from craving comfort food!! This Rigatoni with Sausage, Peas, Tomatoes and Cream is a great recipe for one of those nights when you are craving a big bowl of comfort. It cooks up fairly quickly, making it great for a weeknight, although it reminds me of a Sunday supper. No matter the weather outside, you can’t go wrong with a big bowl full of this pasta!


One thing I like the best about Biba’s Taste of Italy is that there are stories to go along with the recipes. It’s not just a cookbook – it’s like traveling through Italy and learning more about this region and it’s people. As I was going through the book trying to decide what to make for this week’s recipe, I came across this pasta recipe. But it was the story, more than the recipe, that caught my attention. The author – Biba Caggiano – tells of how Italian women are known to be able to cook at the spur of the moment, coming up with delicious concoctions just from their refrigerators and pantries. I’ve always wished I was like that. Every once in awhile I can throw something pretty decent together, but for the most part, I’m a recipe kind of girl. This recipe comes from Biba’s sister, who prepared it one night after coming home from a long afternoon of shopping.

This was a home run! 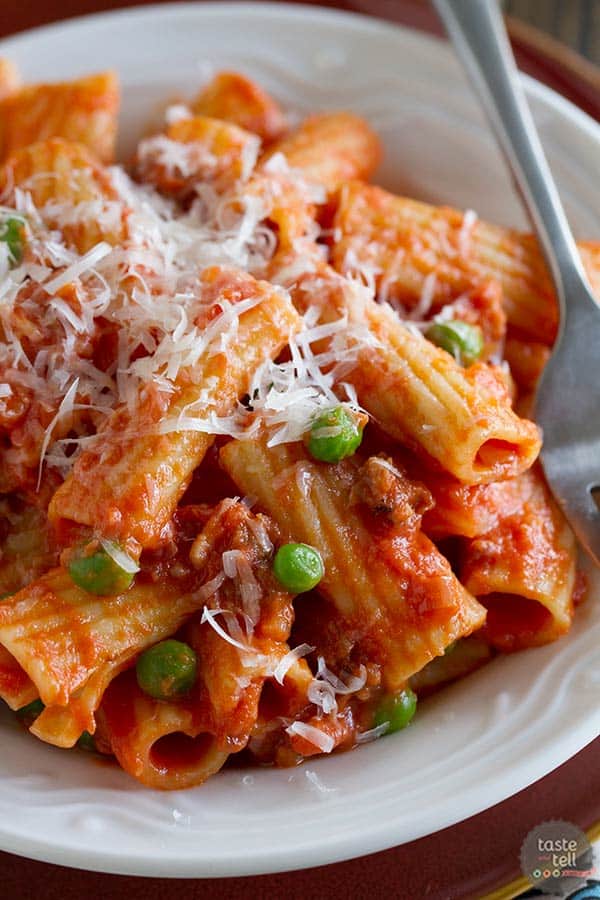 Find more great pork recipes by following me on Pinterest! 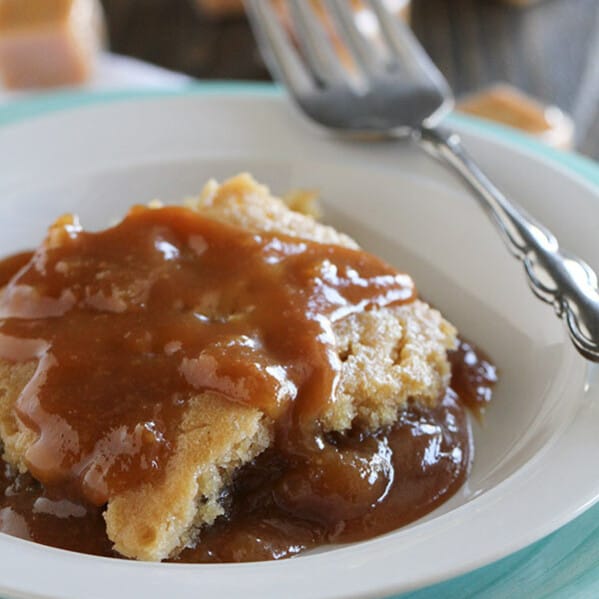