In the mood for cinnamon rolls but don’t have the time? These Cinnamon Biscuits will become your new go-to – especially since they only take 35 minutes from start to finish! 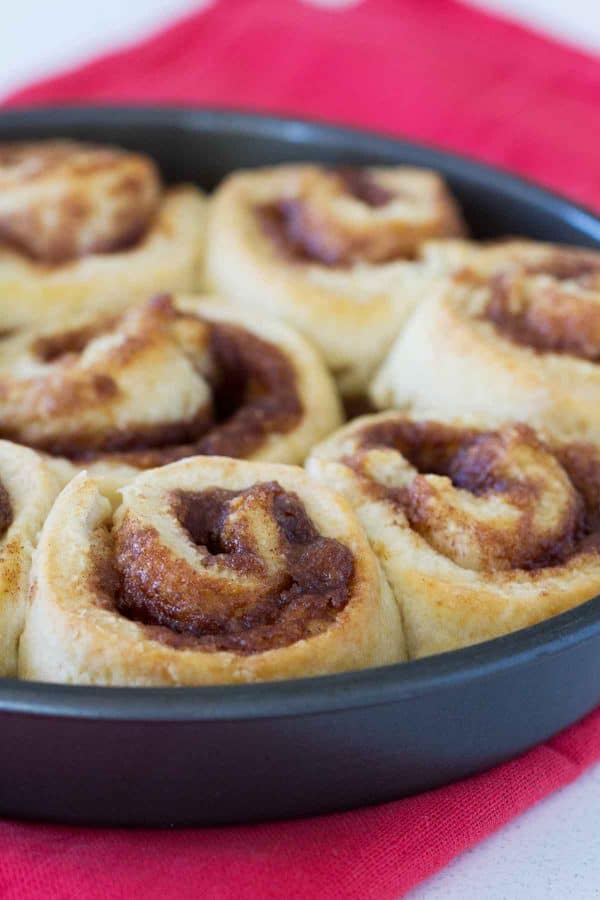 I already knew this, but while re-organizing my pin boards, it has been confirmed that I am obsessed with breakfast foods.  Which is kind of funny, because we don’t have elaborate breakfasts most mornings.  Usually it is only toast, cereal or a smoothie.  On the weekends, that is different, and we tend to sometimes go a little crazy, but for the most part, breakfasts are the easiest meal of the day. 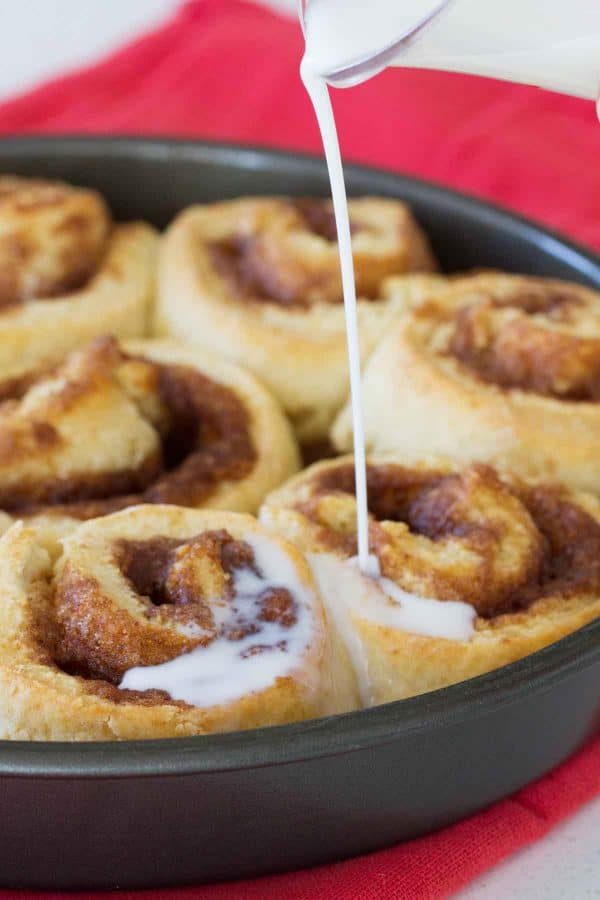 But there is something about breakfast foods that I just can’t get enough of.  (Which is why we actually end up having breakfast for dinner quite often.)  Eggs, any way, pancakes, waffles, cinnamon rolls – I love them all.

SEE HOW TO MAKE THESE CINNAMON BISCUITS HERE:

But one strange morning, I woke up, craving to get into the kitchen right away to cook.  And when the mood strikes, what can you do but succomb?  I was really craving cinnamon rolls, but hadn’t planned ahead.  I didn’t want to have breakfast around lunch time!  So cinnamon biscuits it was. 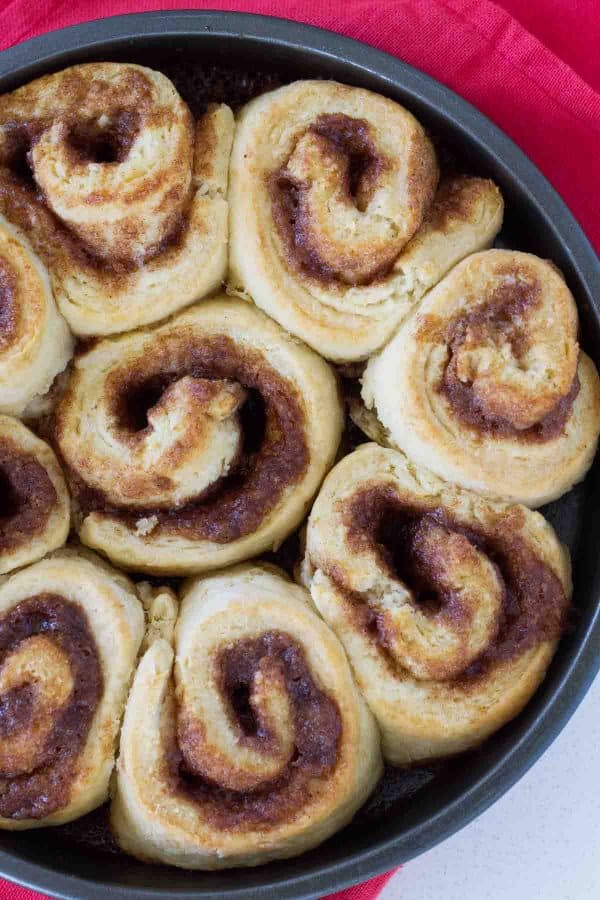 Honestly, I had no idea how these were going to turn out.  In fact, I didn’t even plan on blogging them – they were just a spur of the moment recipe, but I could tell when they came out of the oven that they were going to be good. And I was so right.

I honestly think that if I wouldn’t have told my husband that these are biscuits and not cinnamon rolls, he wouldn’t have known.  They really do have a texture similar to cinnamon rolls, but no yeast, no raising, no wait.   And before he tried his first biscuit, my husband asked if there was a frosting or anything that went on top.  I told him no, that it didn’t need one, and he almost didn’t believe me.  And then he proceeded to eat 3 of these.  Yeah, we liked them that much!

And if you read the recipe, you might find it weird to pour milk over the finished biscuits.  I had read about this method awhile back, and had wanted to try it.  I think that might be the secret to the success of these biscuits.  Seriously – so good!!

Next time you are craving cinnamon rolls but don’t have the time to make them, these Cinnamon Biscuits will surprise you and satisfy you! 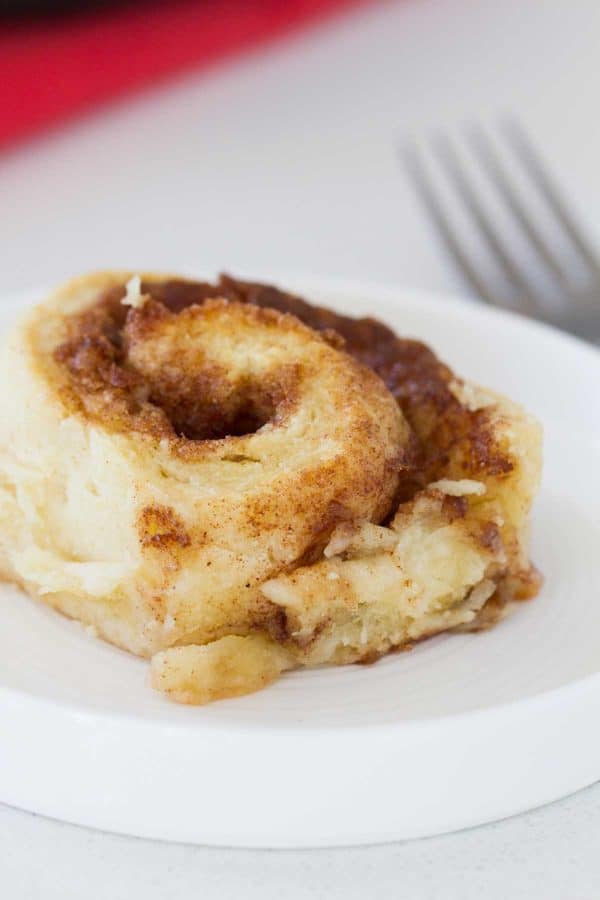 Or check out these biscuits from around the web:
Skillet Snickerdoodle Biscuits from Spicy Southern Kitchen
Strawberry Blueberry Buttermilk Biscuits from Syrup & Biscuits
Crispy Cinnamon Sugar Biscuit Bites from The Cookie Rookie

In the mood for cinnamon rolls but don’t have the time? These Cinnamon Biscuits will become your new go-to – especially since they only take 35 minutes from start to finish!

Preheat the oven to 400ºF. Grease a 9-inch round baking pan.

In a large bowl, combine the flour, baking powder, salt, and baking soda. Stir in the vegetable oil. Add in the buttermilk and stir just until combined.

Dump the dough onto a floured surface and knead the dough until it is smooth. Roll it into a 15×8-inch rectangle. Spread the butter over the dough.

In a small bowl, combine the brown sugar, cinnamon and cardamom. Sprinkle the mixture over the butter.  Roll up the dough like a jelly roll and pinch the seams to seal. Cut into 9 equal slices and arrange in the prepared pan, cut side up.

Bake in the preheated oven until lightly browned, 15 to 20 minutes. Remove from the oven and pour the milk evenly over the top.  Serve warm. 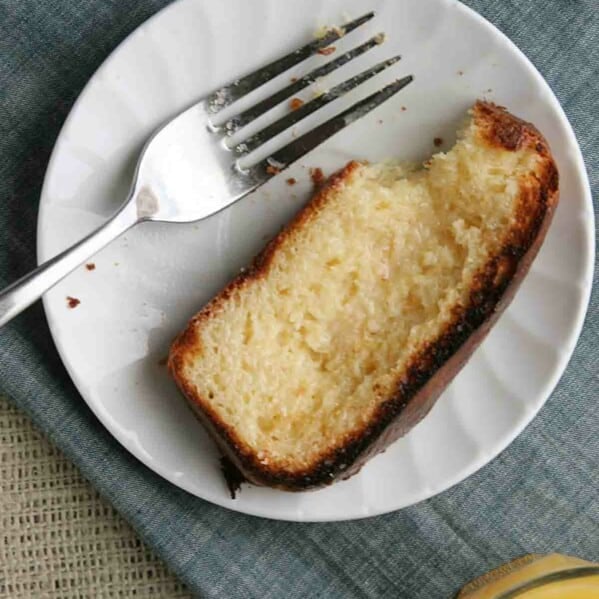 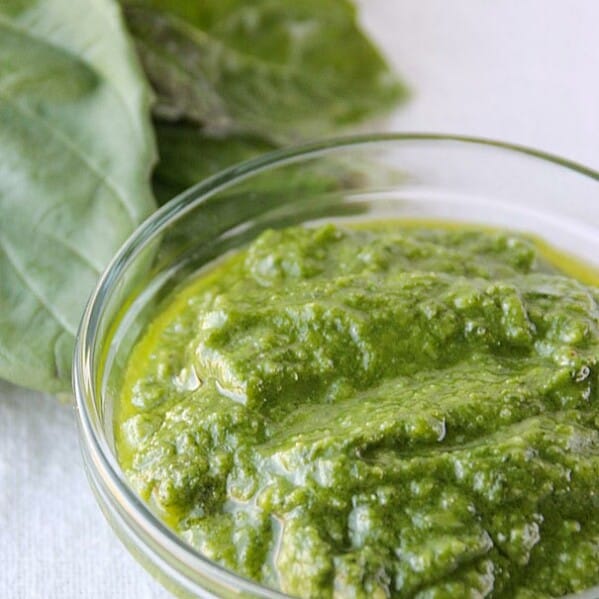