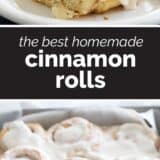 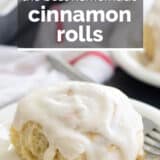 Soft and pillowy and filled with cinnamon sugar, these are the best homemade Cinnamon Rolls! Nothing fancy, these are sweet and gooey and the perfect breakfast treat.

There is nothing better than a good sweet roll for breakfast! Some other favorites are these Sticky Buns, these Sweet Potato Cinnamon Rolls, or for an easier recipe, try these Cinnamon Biscuits. 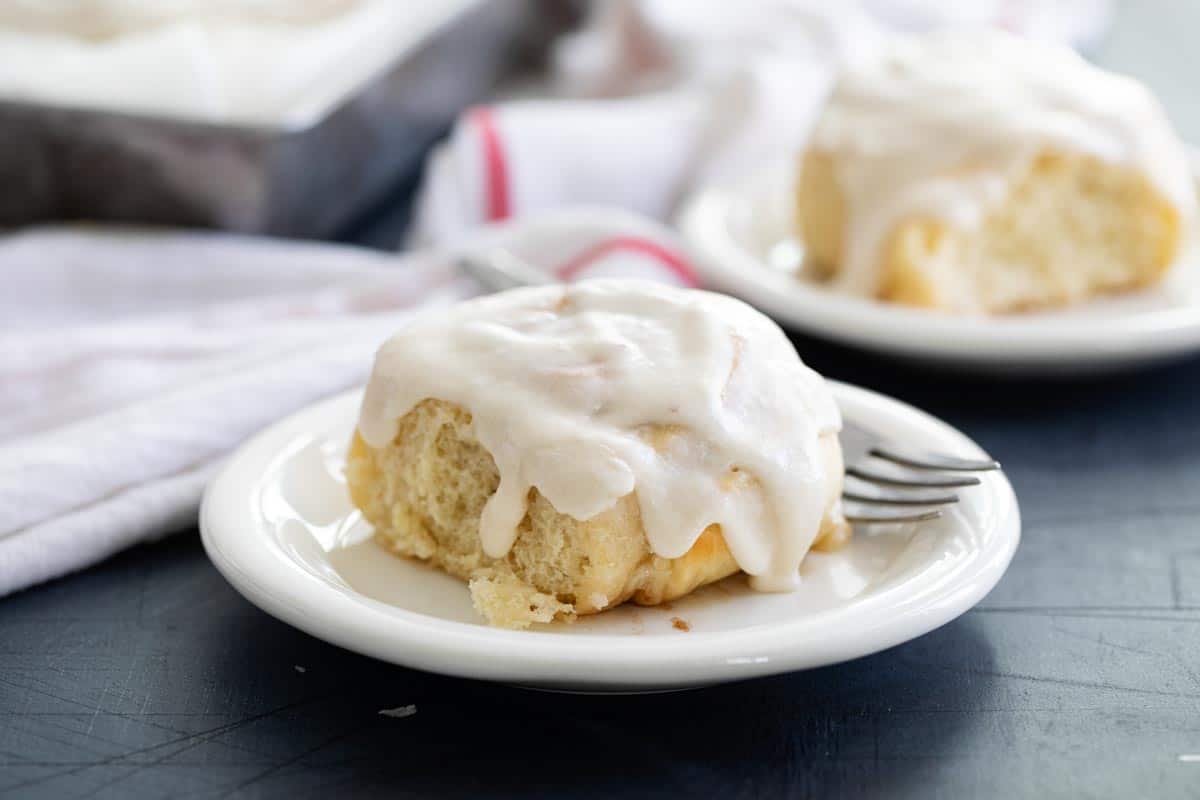 And that is just a shame.

So I set out to bring you the best cinnamon roll recipe ever. I tested a few recipes. Not quite right. And then I remembered a recipe that I used to make regularly. And I knew that was the recipe I needed to share with all of you.

I got this recipe about 20 years ago from a friend, who I believe got it from someone at church. I’ve changed a few things from the original recipe, but really – these rolls are the ones. Nothing fancy, nothing crazy – just traditional, homemade cinnamon rolls done right.

I’ll walk you through the steps to make them below. There are lots of photos and lots of steps, but don’t be intimidated! And if you are a cinnamon roll pro, feel free to skip below to the recipe card!

How to Make Cinnamon Rolls From Scratch 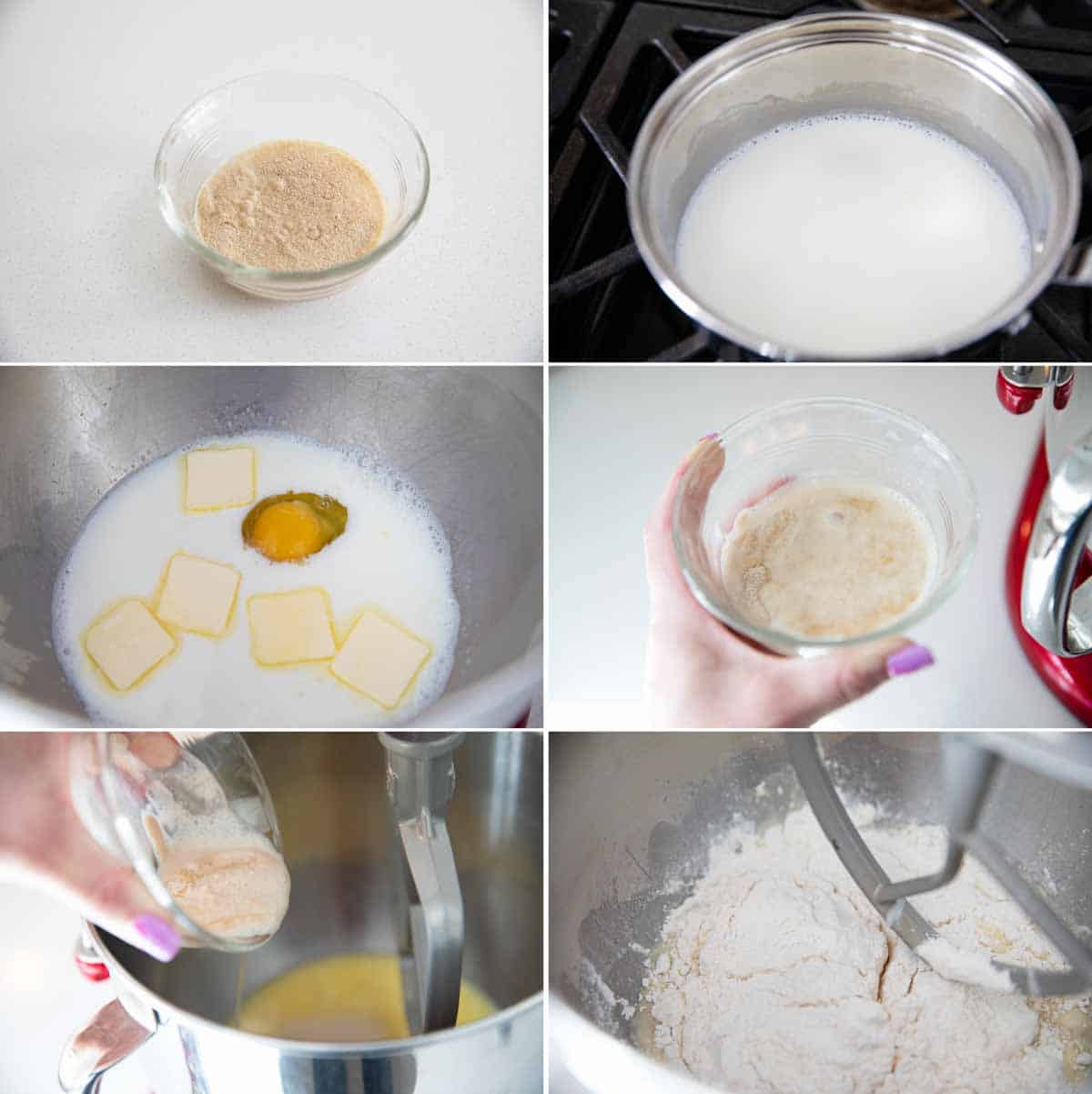 Soften your yeast in a small bowl. The yeast should start to foam. It’s ok if you have some dry patches of yeast in there, as long as the majority is getting a head start.

Scald your milk. If you’ve never done this before, there are some instructions and tips below.

Pour the milk into the bowl of your stand mixer. Add the sugar, butter, egg and salt. Start mixing on low – you want the butter to melt and for everything to mix together. Keep mixing until the mixture is lukewarm.

Add the yeast and water mixture, then add in 2 cups of the flour. 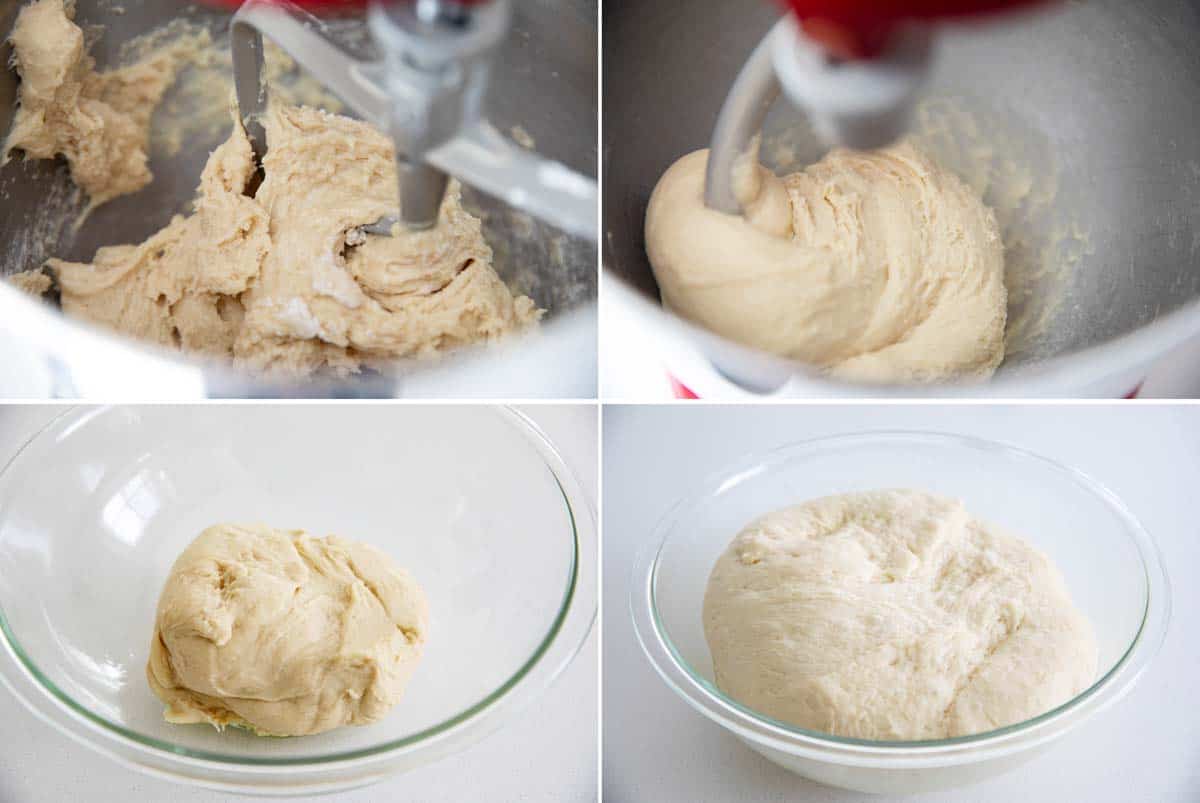 Continue to add the flour until the dough starts to come together. Then switch to the dough hook. Continue to knead the dough, adding more flour if needed.

My biggest hint is to not go too heavy on the flour. The dough should still be slightly sticky – you can see that mine is still slightly sticking to the bottom of the bowl. You can always add more flour as you are rolling the dough, but you can’t take any of the flour away.

Once the dough is kneaded, transfer it to a greased bowl. Cover and let it rise until it has about doubled in size. 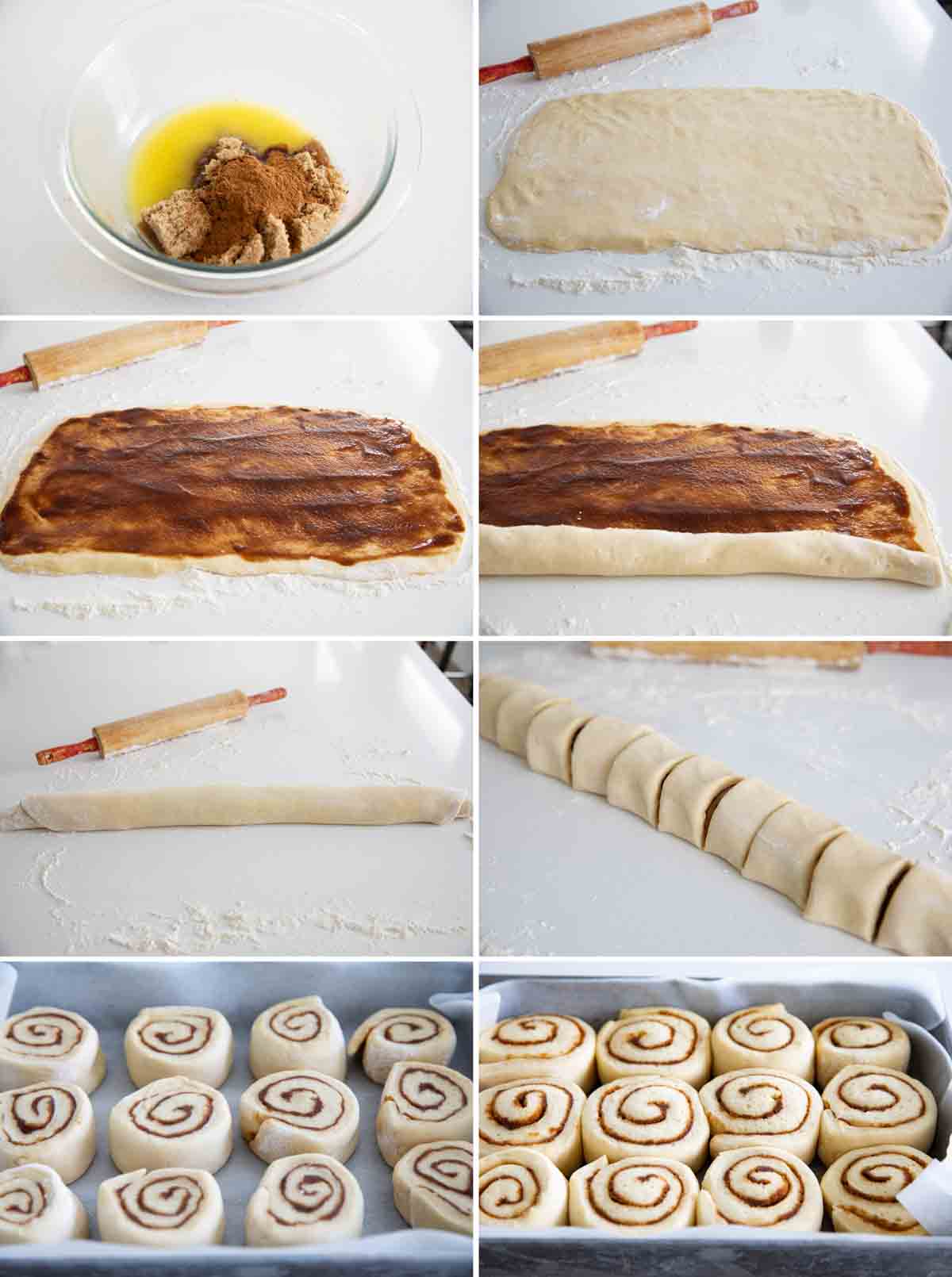 Roll the dough on a floured surface into a rectangle about 18 inches by 10 inches. It doesn’t have to be exact, but something close.

Spread your filling over the dough, up to about 1/2-inch of the edges.

Cut the dough into 12 equal pieces. I like to cut off the ends, first, so that you don’t have a couple rolls that are ragged or that don’t have enough filling.

Place the rolls in a prepared baking dish.

Cover again, and let them rise until doubled again. They should be touching at this point. Then transfer to the oven to bake until golden brown. 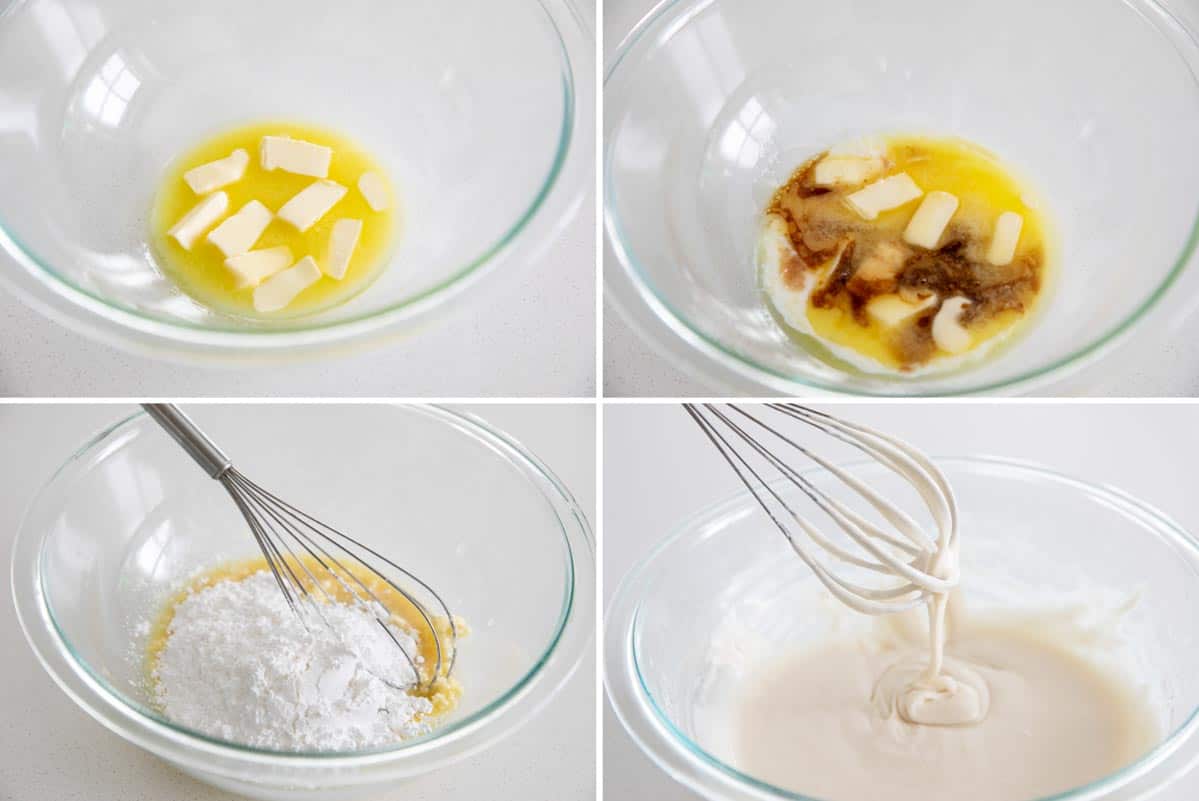 This is the one special “trick” I have to make your rolls a little extra gooey. Feel free to frost the rolls as you normally would, or follow my steps below.

Make your icing – slightly melt the butter. You don’t want it just soft, but you don’t want it all the way melted. Somewhere in between. I find that about 45 seconds in the microwave gets it there.

Add in the milk and vanilla.

Start adding in powdered sugar until the icing is thick, yet pourable. It should look the same as the photo above. 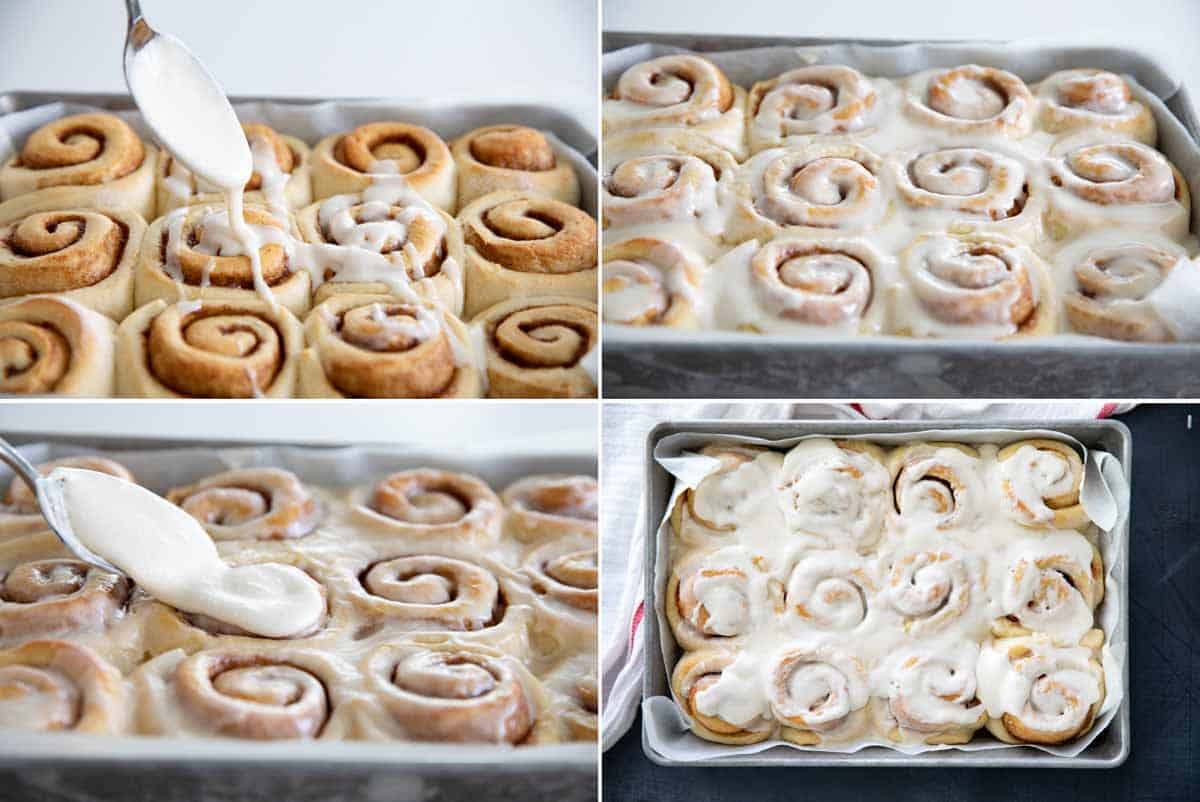 Now here is my gooey trick:

Let the rolls cool for about 20 minutes, then spread the remaining icing on top. 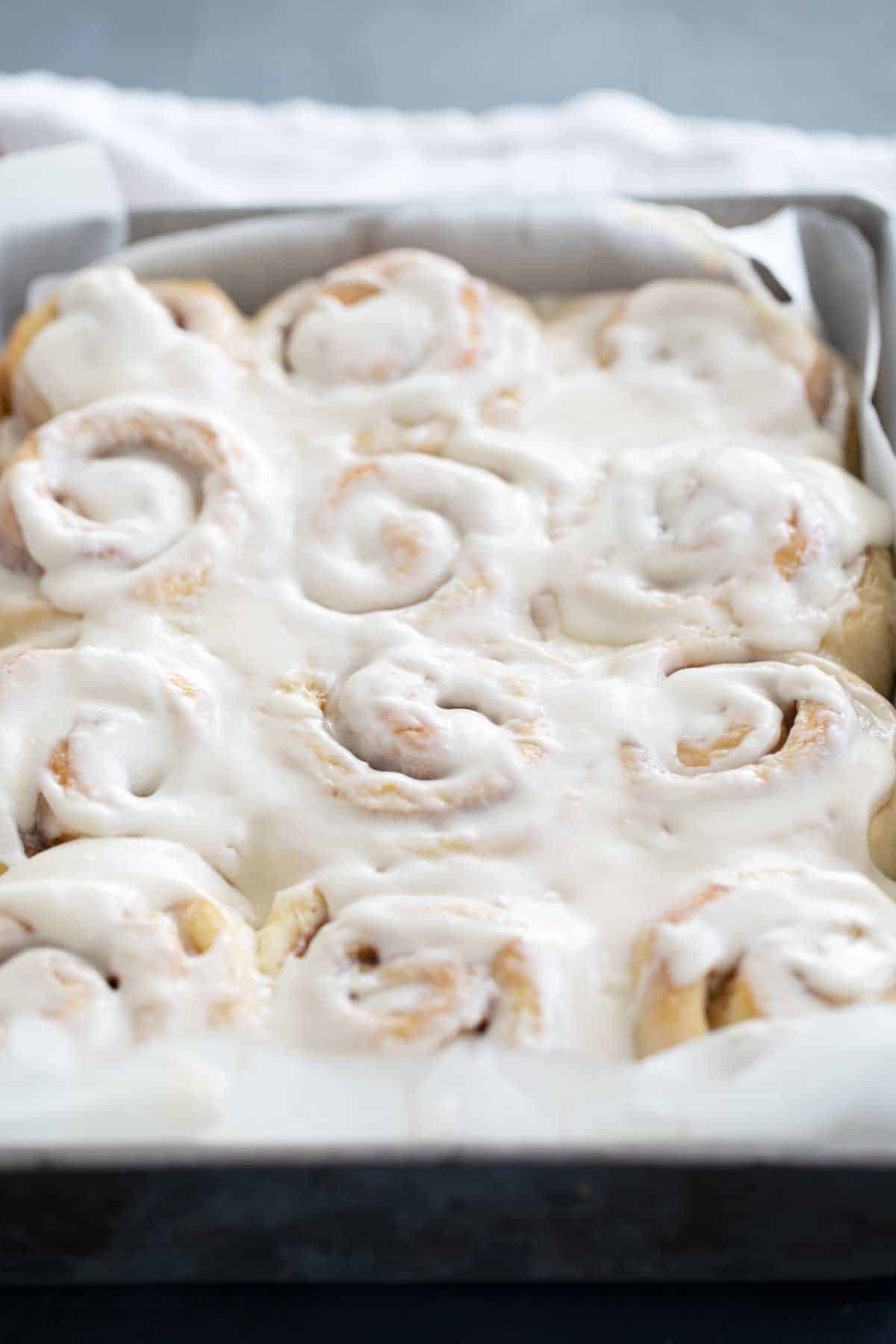 How to Scald Milk

I feel like scalding milk is a recipe trick that shows up in a lot of older recipes (like the ones passed down from grandma), but you don’t see it as often these days.

Back in the day (like for grandma’s recipes) they may have scalded the milk to kill germs, back before milk was pasteurized. That is not why we are doing it for these cinnamon rolls.

By scalding the milk, you are killing the enzymes that can hinder your dough from rising properly.

Technically, you can make this recipe by not scalding the milk. But this small, easy step will help you to have fluffy, perfect cinnamon rolls.

To scald the milk, you want to heat it to just before it starts to boil. Do not boil it – that is taking it too far. If you want to use an instant read thermometer, you’ll want it to be 170ºF. I don’t usually use a thermometer – I just watch it until it starts to get bubbles around the outside of the pan. A thin skin may form on top, and that’s ok – it will all mix in when you go to make the rolls.

Just be sure to cool the milk mixture to lukewarm before adding the yeast mixture. Otherwise, you will kill the yeast. 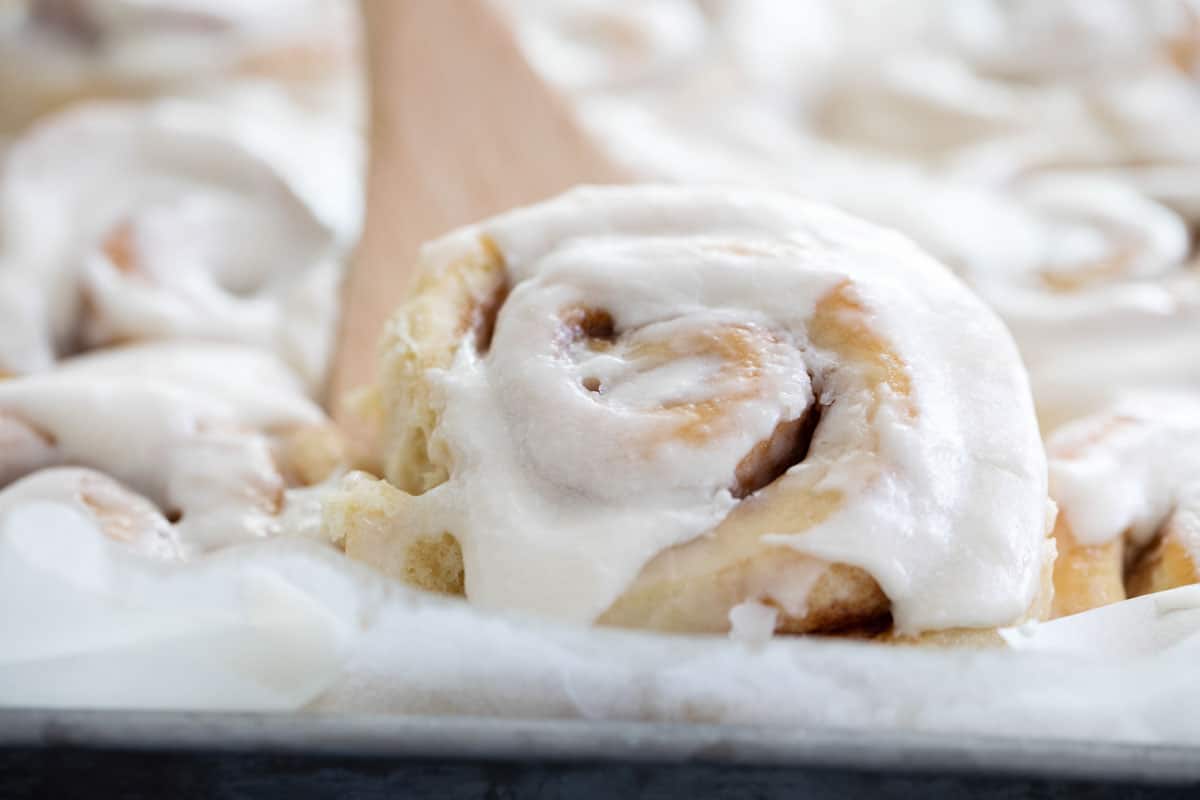 because I don’t have dough stuck to my hands, but just make sure you don’t go overboard on the flour if you are kneading the dough by hand. I suggest a big bowl and a wooden spoon for mixing everything together. 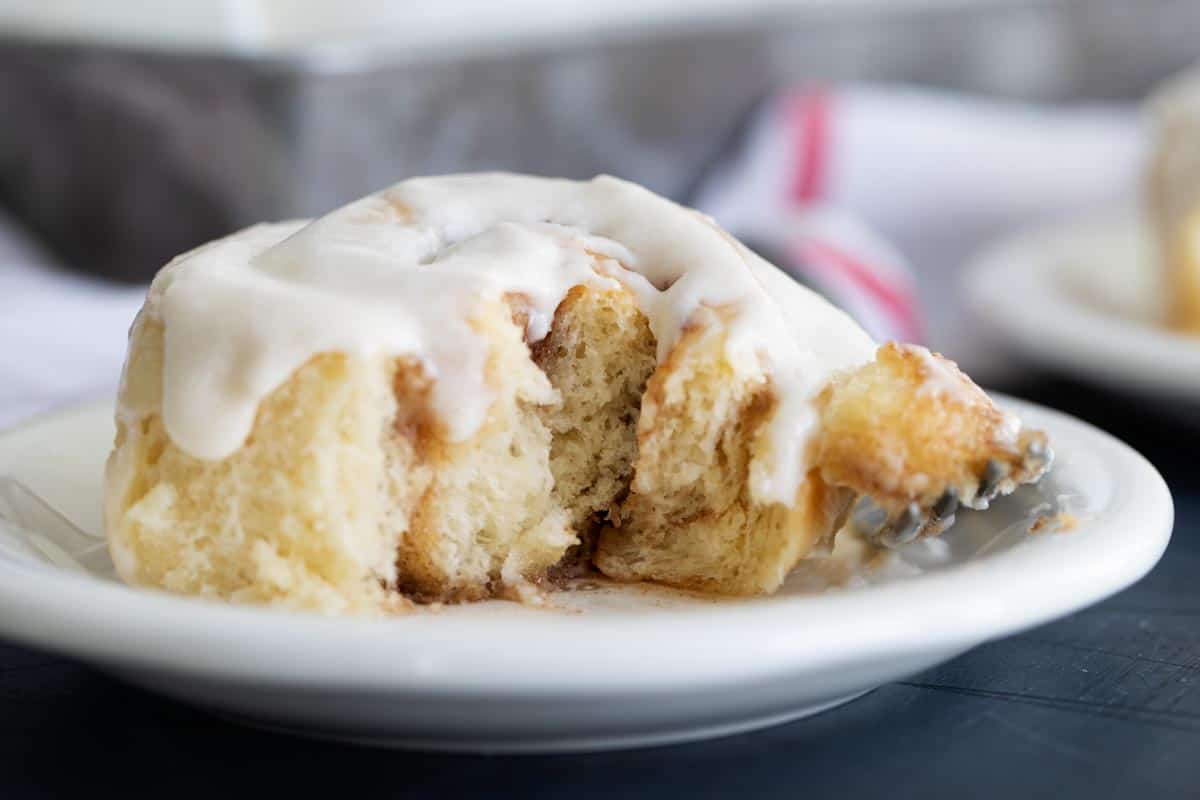 Soft and pillowy and filled with cinnamon sugar, these are the best homemade Cinnamon Rolls! Nothing fancy, these are sweet and gooey and the perfect breakfast treat.

*This makes a decent amount of icing, so if you prefer less icing, I like to add as much as we like to the top and keep the rest to the side so those who want more icing can add it onto their individual cinnamon rolls. 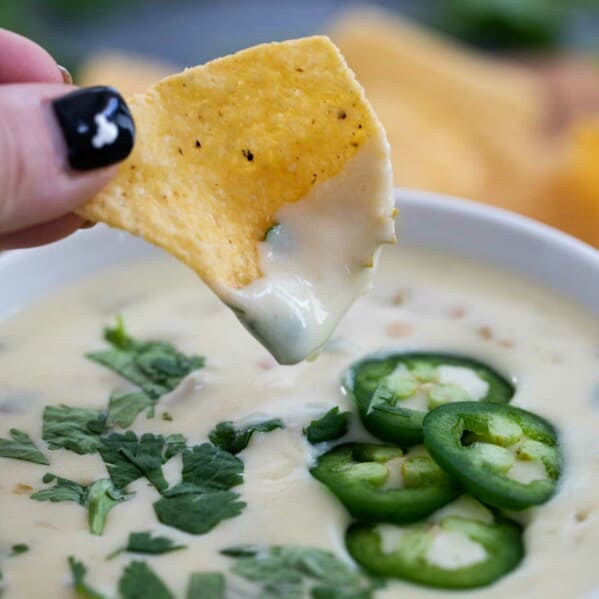 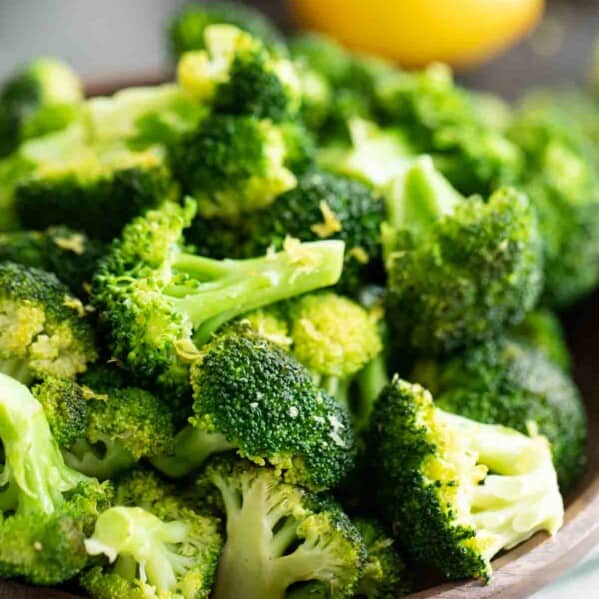