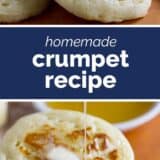 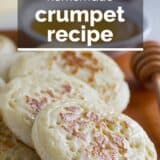 Bring a little bit of England into the kitchen with this Crumpet Recipe. These Crumpets only take a few simple ingredients to make this delicious English snack.

Make your favorites at home! Instead of going out, try these Crumpets, Homemade Soft Pretzels, or your own Apple Cider Donuts. 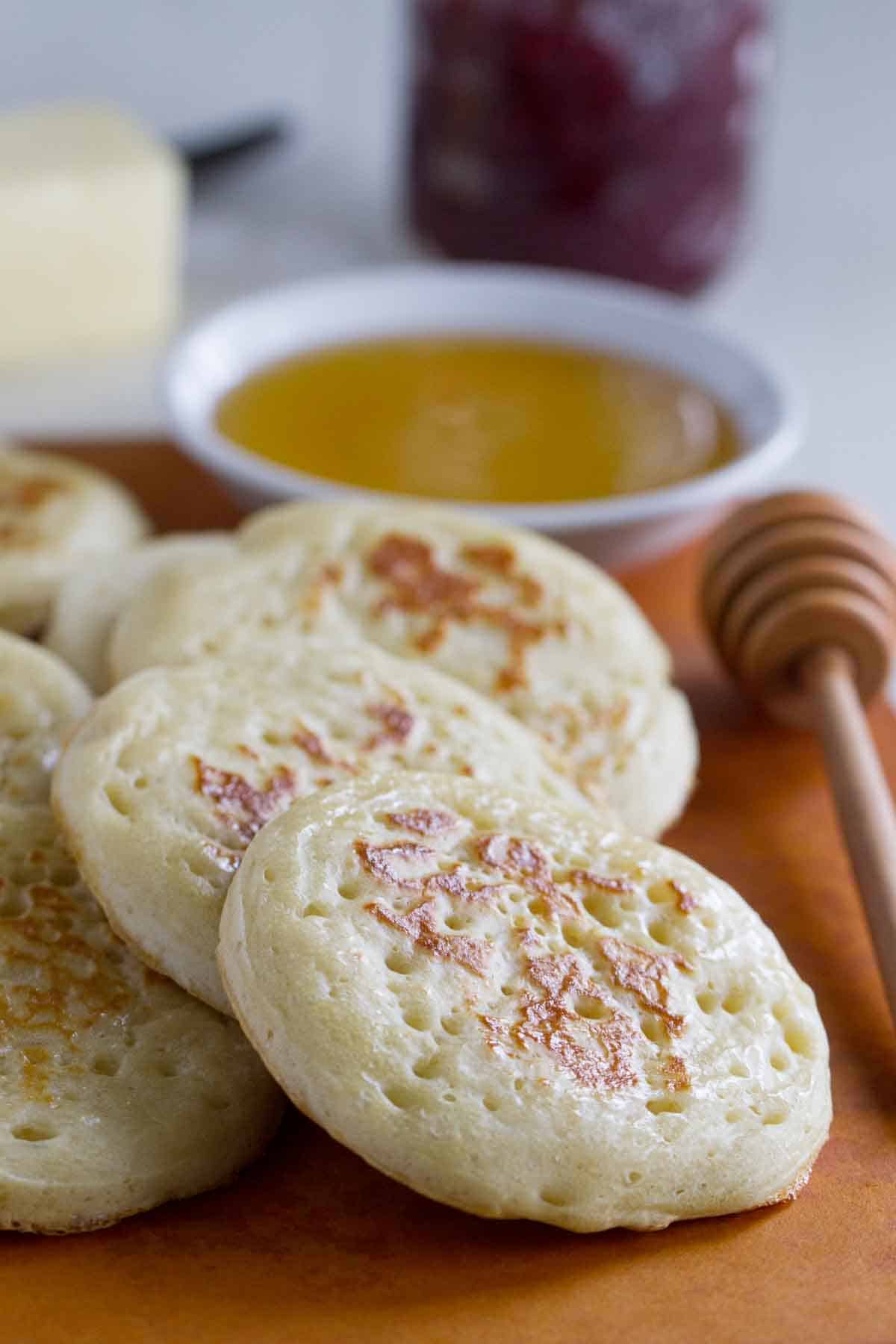 A few years ago, I was gifted a cookbook – Good Food, Good Life by Curtis Stone. If you know me and my love of cookbooks, you would know that this is a perfect gift for me.

While I was looking through the cookbook, I stopped dead in my tracks when I saw a recipe for crumpets. You see, just the weekend before, I was in Seattle for just under 24 hours. I was on a mission to try as many places as I could, and one of those places was The Crumpet Shop in Pike Place Market. It was at that restaurant that I tried a glorious crumpet that was topped with ricotta and lemon curd. It was my last stop, and I almost didn’t stop because the line was long and I was so full, but it ended up being probably my favorite thing that I ate. So needless to say, I had to make the crumpets. 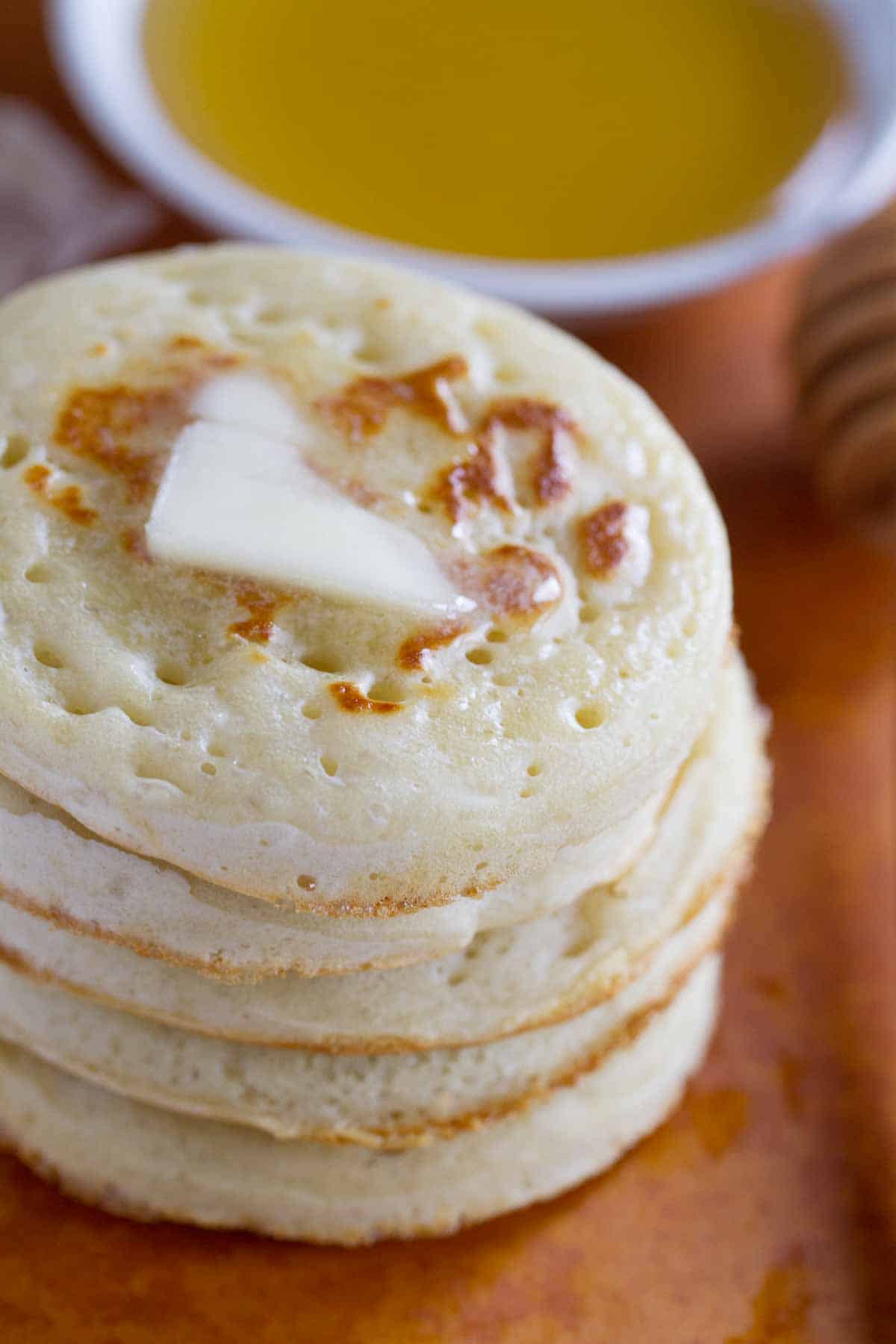 What is a crumpet?

A crumpet is a small griddle cake, usually made with just flour, water or milk, and yeast. Crumpets traditionally come from the United Kingdom, eaten for breakfast or with afternoon tea, depending on the region.

The crumpets of today are no doubt different than when they first originated, but that doesn’t make them any less delicious! Crumpets are soft and almost spongy – the holes that form are the perfect vehicle for butter, honey and/or jam. They almost remind me of a fatter pancake with lots and lots of holes and crevices.

The Difference Between a Crumpet and an English Muffin

The dough/batter for each is also very different. Crumpets have a looser batter, more like a pancake batter, while English muffins are made from a dough. And just as a technicality, English muffins are split in half when they are eaten, while crumpets are not.

How to Make Crumpets

Because crumpets are made with a looser batter, you do have to have a special ring to make them. There are rings that you can order online, called a crumpet ring, English Muffin ring, or egg ring. I bought these on Amazon. (affiliate link) I bought 2 packages, and the minimal investment was totally worth it. Because these babies are good.

These crumpets do take a little bit of time to make, but they are pretty simple.

These crumpets aren’t as tall as the ones at The Crumpet Shop, but I think the flavor was right there. And I’m guessing that if you added more batter to the rings, you’d get taller crumpets. They are so good, you’ll find yourself going back for more and more. In fact, it may be dangerous that I have this recipe now!! 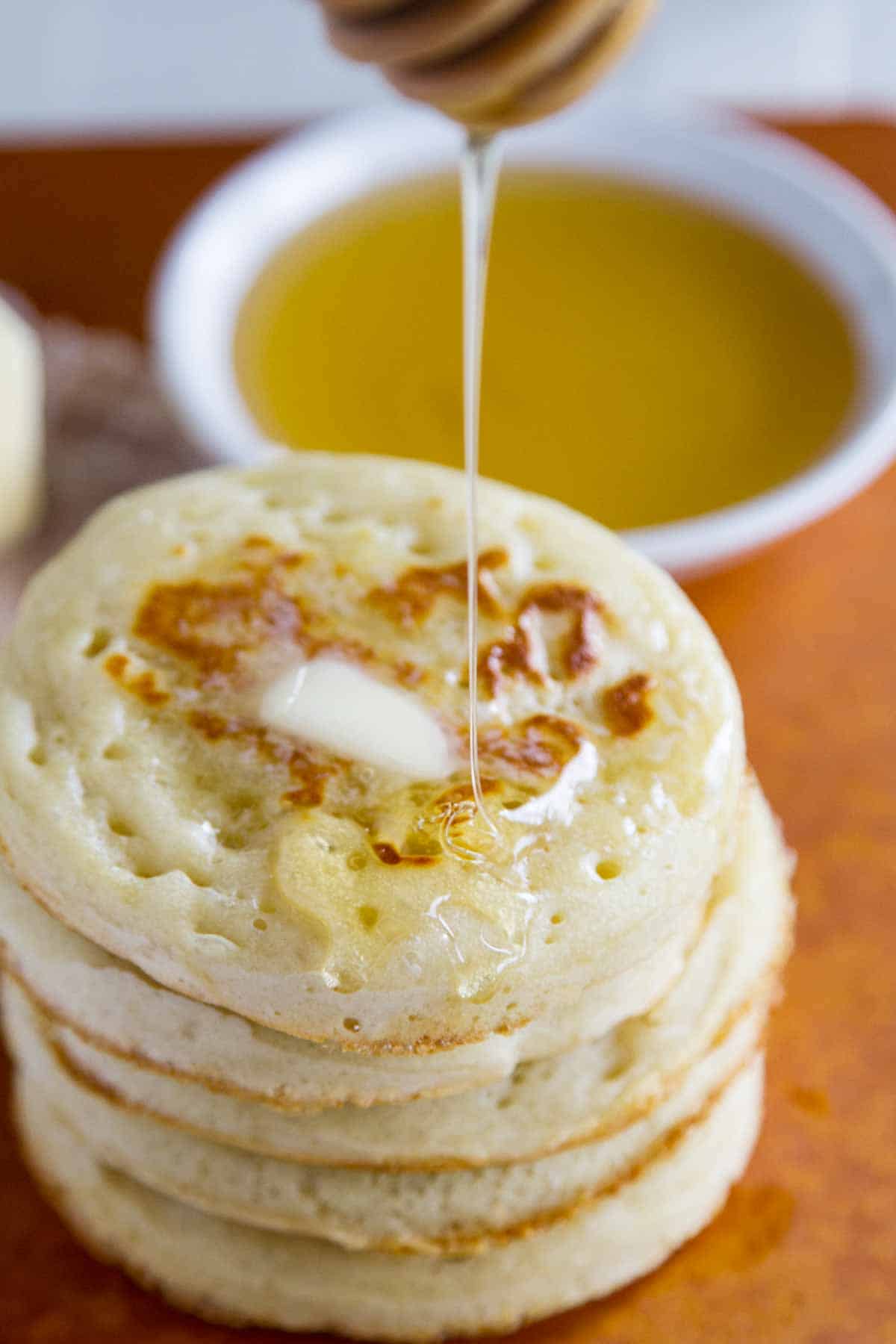 The breakfast recipe we make the most at our house is pancakes, and I really believe that this is the Best Pancake Recipe.

But if my husband were to choose a favorite, it would be this Best Waffle Recipe.

Perfect for a weekend or a holiday, I love this Overnight French Toast Casserole.

If you are a muffin lover, try these Cinnamon Muffins or Brown Sugar Muffins.

Bring a little bit of England into the kitchen with this Crumpet Recipe. These Crumpets only take a few simple ingredients to make this delicious English snack.

The original recipe says you should get 20 crumpets, but I only got 12. 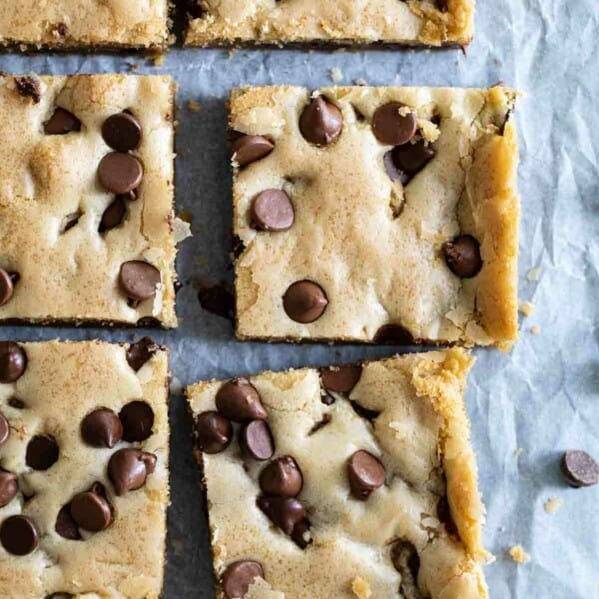 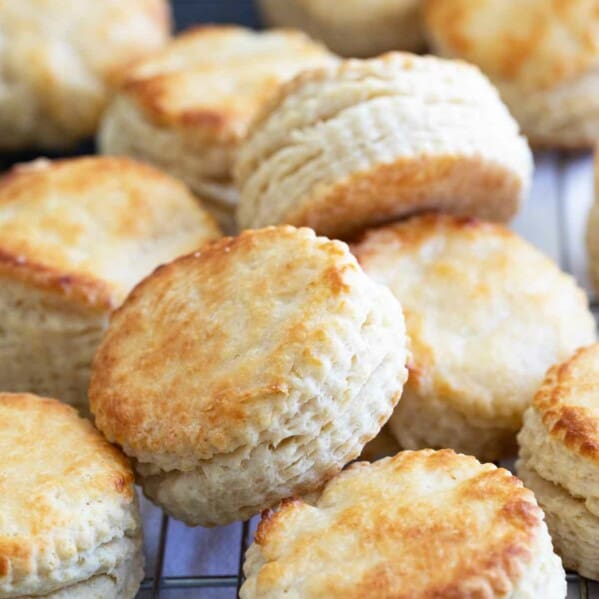