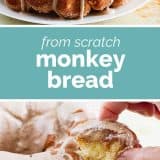 You can’t beat a classic, and this Monkey Bread is made from scratch and oh, so good!! Don’t skip the cinnamon glaze – you’ll be licking it from your fingers!

Sometimes you need a sweet baked treat for breakfast, an this monkey bread delivers! For something easier, try these Cinnamon Biscuits, or for a slow cooker version, try this Salted Caramel Slow Cooker Monkey Bread. 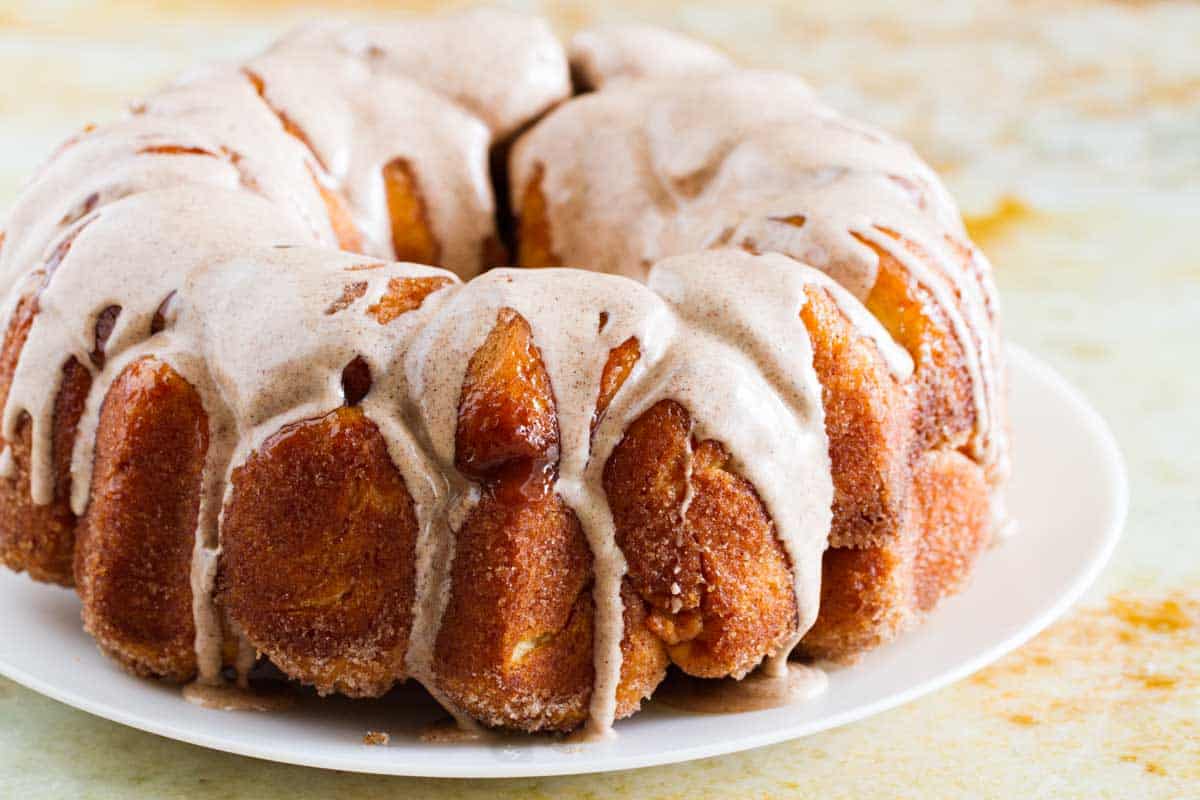 I love going back to the basics. I have a few basic recipes here on Taste and Tell – pie crust, pizza dough, chocolate chip cookies.  But I think I often get caught up in what a lot of bloggers get caught up in – trying to do something totally different or never seen before.  When the truth of the matter is that what most people want, what most people need, are basic recipes that they can share with their friends and family.

So here I am, getting back to basics – with this Monkey Bread Recipe with a cinnamon glaze that will make you want to lick your fingers. It is one of those childhood recipes that we all love!

What is Monkey Bread?

Strange name for a delicious food, right? Also called pull apart bread, this delicious treat gets its name from the way that it is eaten. It consists of pillowy balls of dough that are covered in buttery cinnamon sugar, all placed in a pan and baked. The end result comes out looking like one “loaf”, but to eat it, you pull one ball out at a time. Like a monkey picking at its food. And the taste? Kind of like the gooey middle part of a cinnamon roll. The best part, right?

I have made several versions of this at home over the years, but this one is my go-to recipe. It was exactly what you in a basic, beginner’s recipe. No crazy ingredients or crazy techniques. Just basics – straightforward and easy. And the addition of a cinnamon glaze takes this recipe over the top!

My little family of 5 managed to scarf down about 3/4 of this Monkey Bread in less than an hour once it came out of the oven. And the rest of it didn’t last that much longer. This is truly the best pull apart bread recipe, and will be my go-to from here on out. 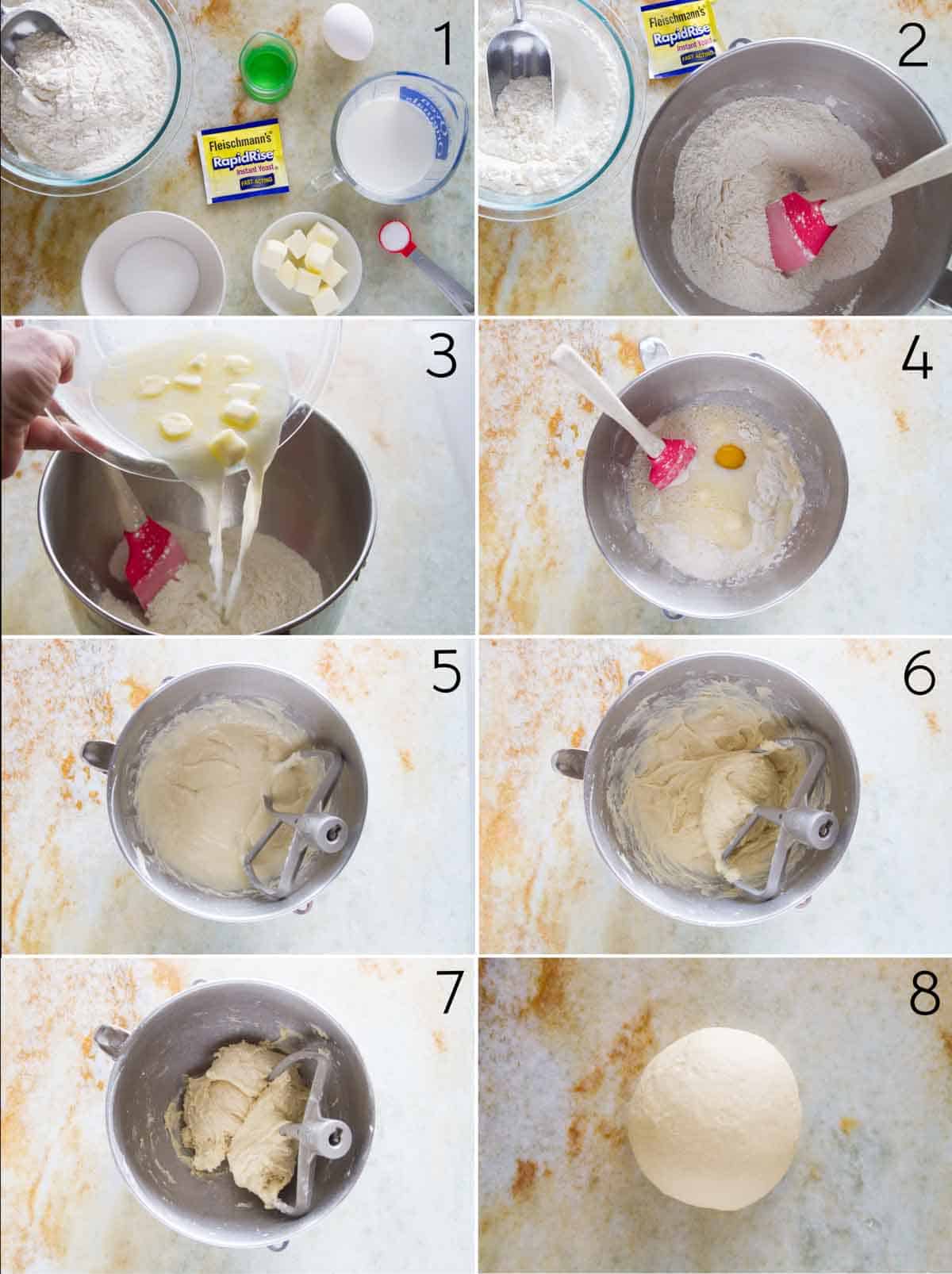 How to Make Monkey Bread

Since we’re doing basics, I thought I’d completely walk you through it to show you just how each step should look. 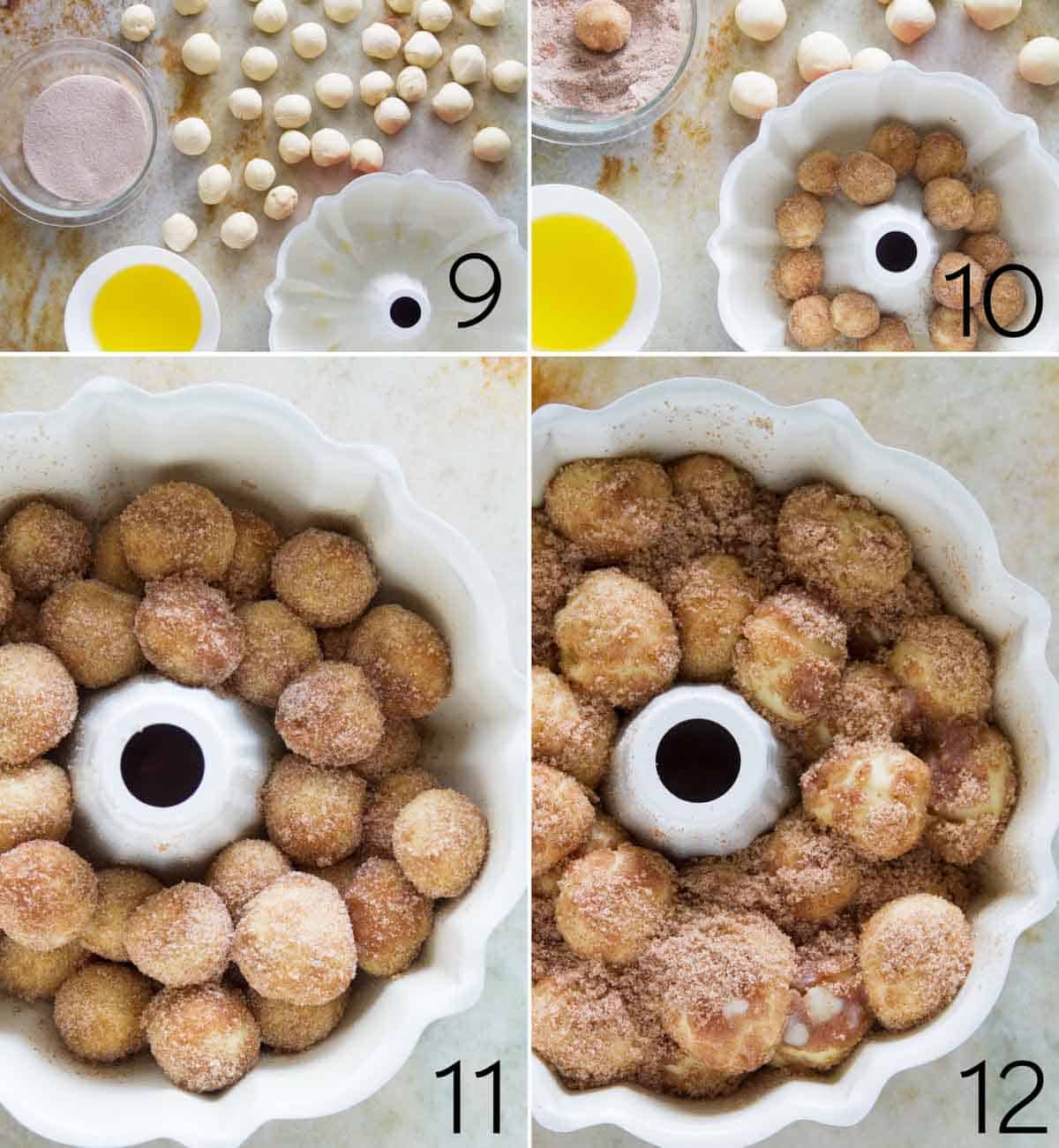 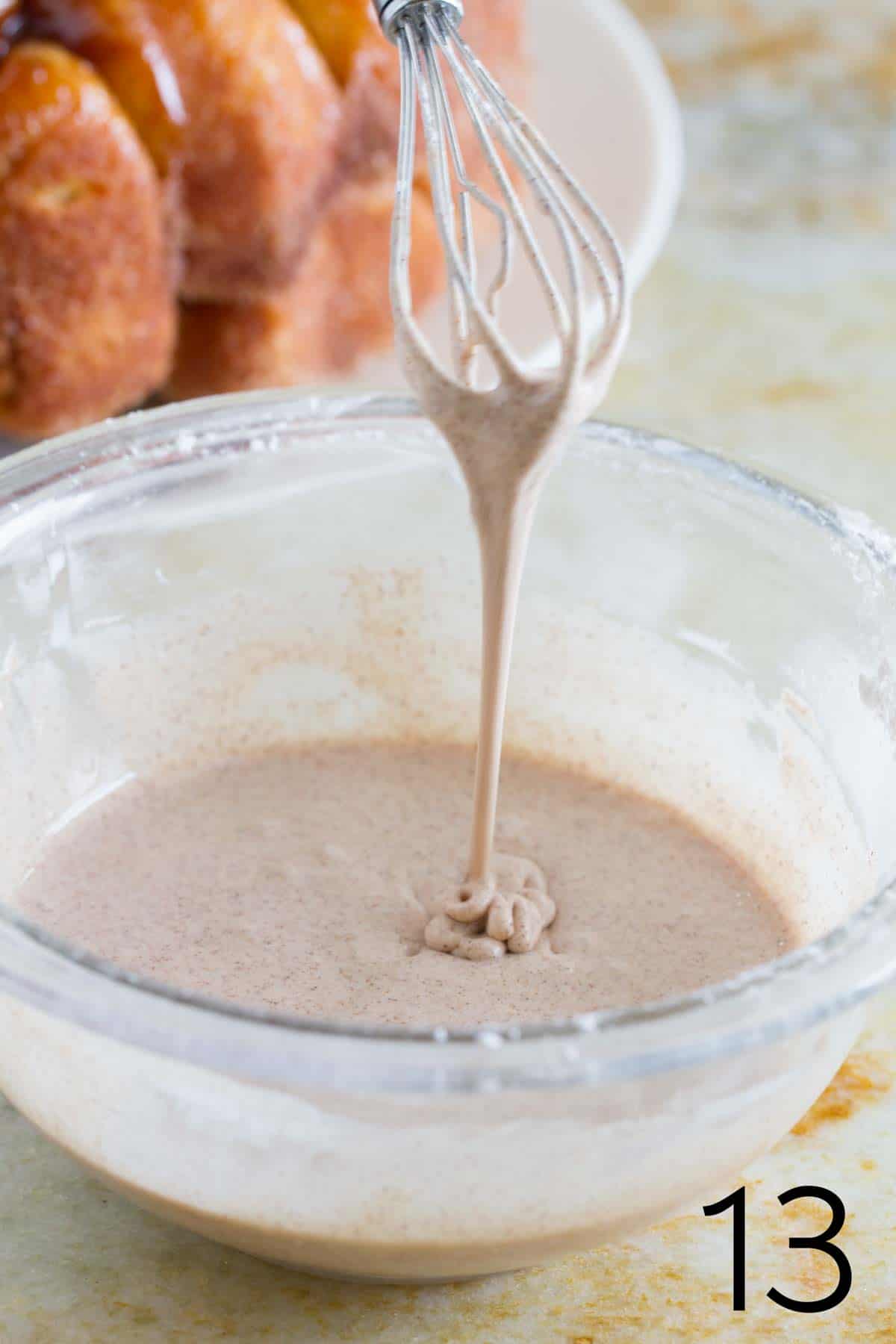 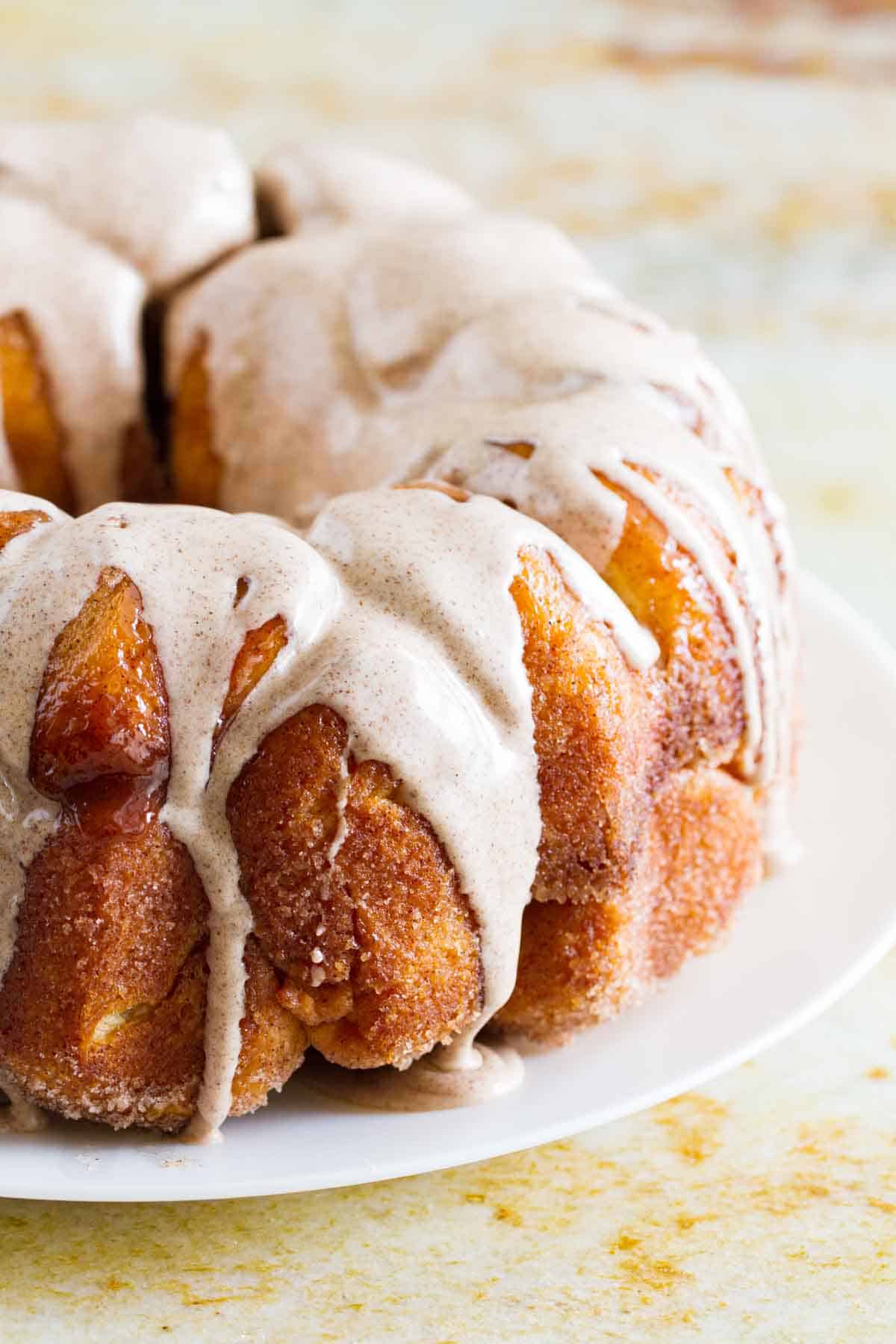 Do you have to make monkey bread in a bundt pan?

How do you make monkey bread with canned dough?

You can, but trust me when I say that homemade is so much better! I know that many people also use frozen rolls, but really, this recipe is not super difficult, and the final results are worth it. If using canned dough, you’ll need 3 12-oz tubes of biscuits. If using frozen rolls, you will let them thaw until they are pliable but still cold, then cut them in half. You’ll need 18-24 rolls.

How long does it last?

This recipe is best served the same day. If you do have leftovers, they can be stored, covered, at room temperature for a day or 3-4 days in the refrigerator.

Can you make monkey bread the day before?

There are a few things that you can do if you want to do some of the steps ahead of time. You can bake the monkey bread, and leave it in the pan. When you are ready to serve, gently reheat it in the oven, (I would try 250ºF for about 10 minutes), and then add the glaze when it comes out.

If you want to have freshly baked monkey bread, you can make the recipe through step 3, then cover the dough and refrigerate it. On the day off, remove the dough from the refrigerator and let it come to room temperature for 1-2 hours before continuing with the recipe.

Can I add nuts?

Yes! Pecans are especially good in this recipe. My favorite way is to add about 1 cup of toasted, chopped nuts as you are adding in the balls of dough. That way, the nuts are all throughout the bread. 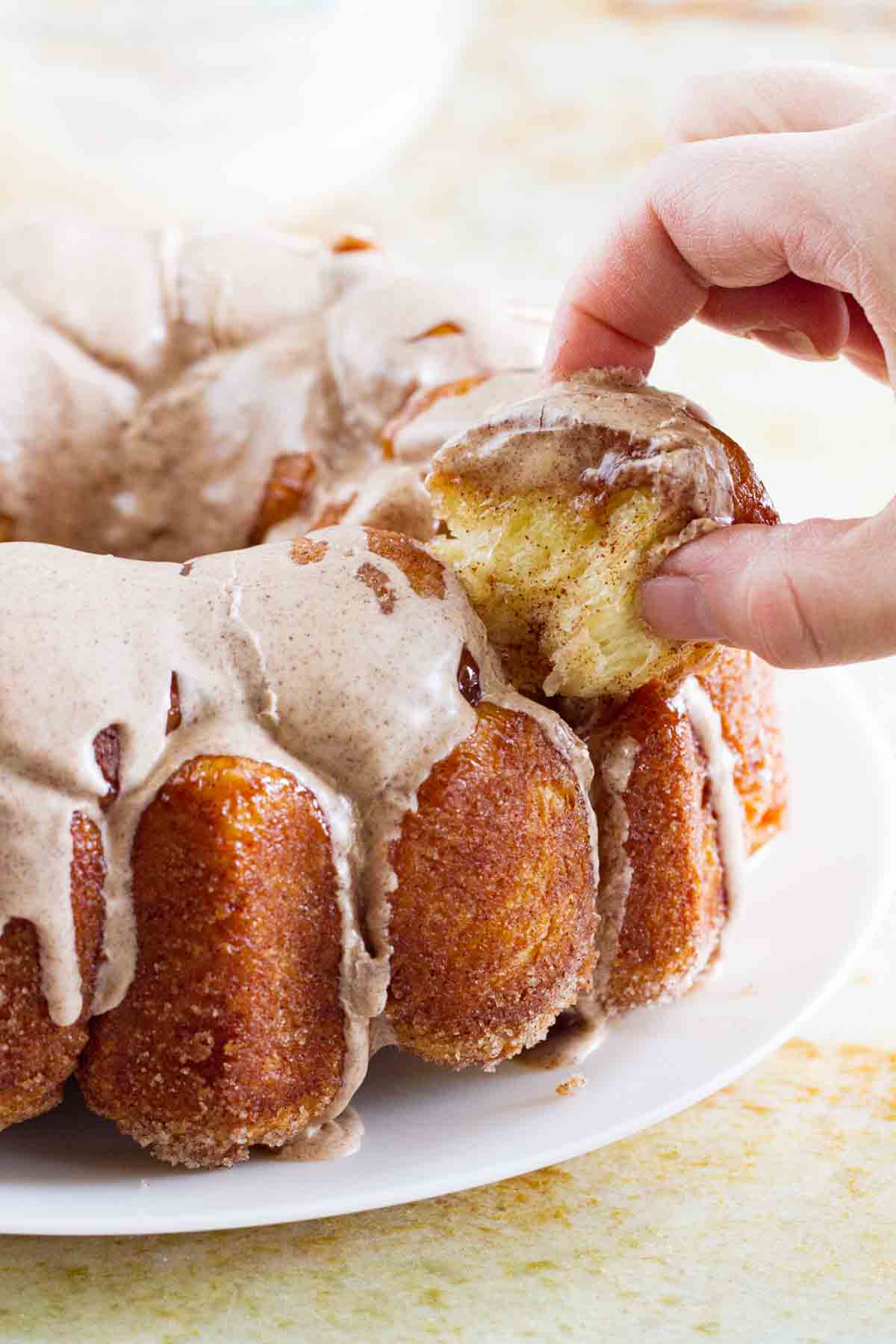 You can’t beat a classic, and this Monkey Bread Recipe is made from scratch and oh, so good!! Don’t skip the cinnamon glaze – you’ll be licking it from your fingers! 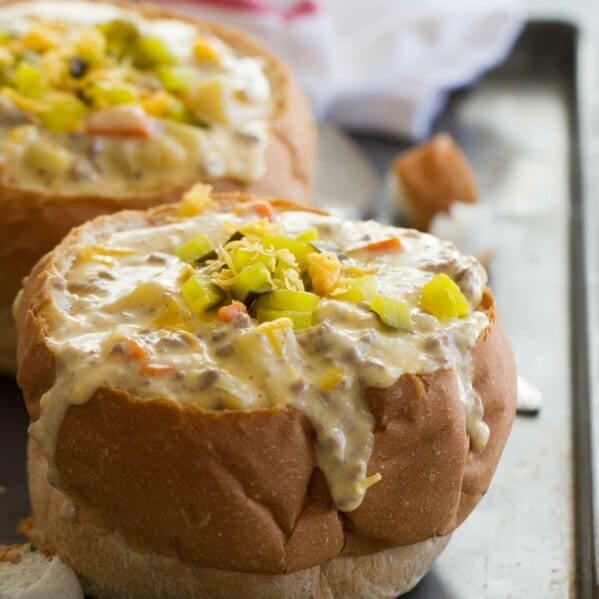 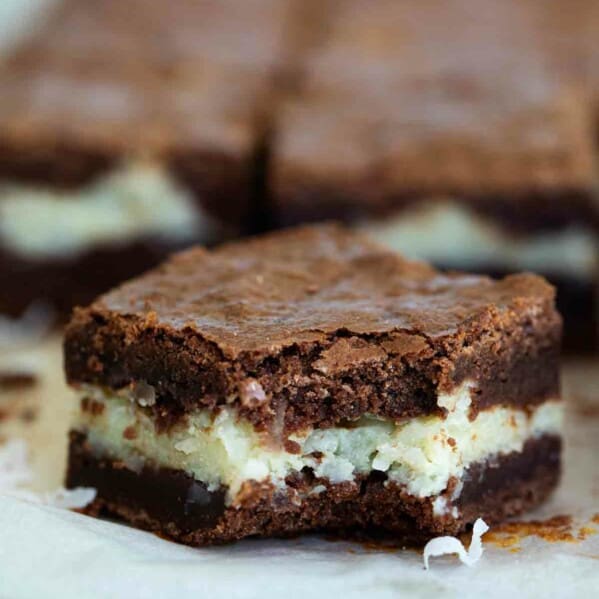 Great recipe!!!! I used active dry yeast and had to let it rise longer. But still turned out delicious!

Fantastic recipe. I used brown sugar to dip the dough in and didn't put the glaze. It was sweet enough for me. It was delicious. Ate half already. Very easy to make.