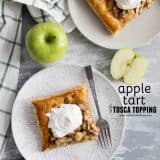 This Apple Tart with Tosca Topping has a sweet apple filling that is topped with a caramelized almond topping in a puff pastry crust. Top it with fresh whipped cream for an easy dessert that is worthy of company. 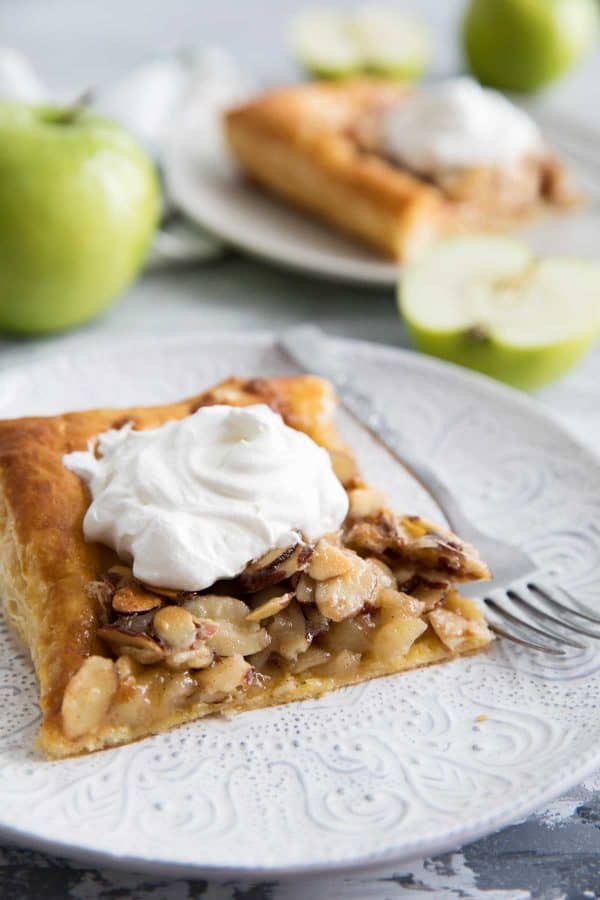 This is part 2 – where I make a recipe inspired by a recent day trip to Heber City, Utah. You can watch the first video here.

I am a sucker for a good pastry. But let’s be honest – I feel like when I’m visiting a new bakery, they are usually hit or miss.

Luckily, on a day trip to Heber City, Utah, I visited Belle’s Bakery and fell in love with their menu. And at the heart of all of that love? The Apple Tosca Pie.

When they first served this pie to me, I didn’t even think to ask what “Tosca” was. They just called it an Apple Tosca Pie, and I just got so caught up in it that the flavor was all that counted. But as we were driving home that day, I thought to myself that I wanted to make a version of that pie. But then realized I had no idea what tosca was.

And even after getting home and doing some online research, I still don’t really know. From what I can gather, though, it’s a caramelized almond topping that goes on top of other things. Like pies. Or more commonly, cakes. There is a Swedish apple cake called Tosca Cake or Toscakaka. It is traditionally a sponge cake topped with caramelized almonds.

So as my inspiration from that delicious pie in Heber City, I brought out some store bought puff pastry for the crust, made a delicious apple filling with apples, brown sugar, butter and cinnamon. You let that cook for a few minutes, then pull it out and top it with the tosca topping. It really is pure heaven. One of my favorite desserts right now. 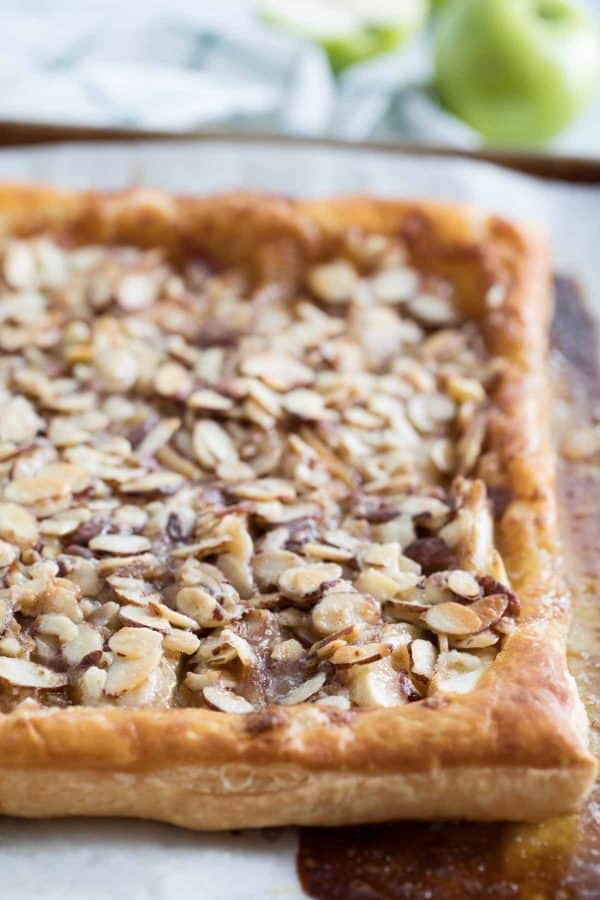 How to Make Apple Tart Filling

This apple tart filling is very easy to prepare.
Start by peeling 3 apples. I like to use Granny Smith Apples.
Core the apples and cut them into slices.
Place the apples in a large bowl, then squeeze 1/2 lemon over and stir to coat the apples with the lemon juice.
Add brown sugar, melted butter, cinnamon and a dash of salt to the apples and stir to combine. 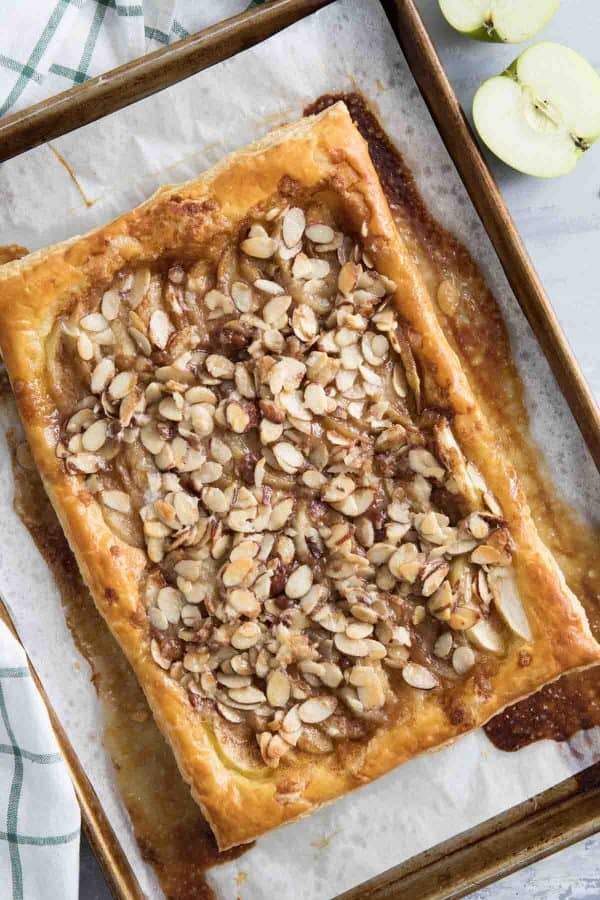 How to Make Almond Tosca Topping

To make the Almond Tosca Topping, simply combine the sliced almonds, butter, sugar, flour and half and half in a saucepan. Place over medium heat and cook, stirring often, until the butter is melted. You want the topping to be hot so that the sugar can dissolve, but you don’t want it to boil. Remove it from the heat just before it comes to a boil.

How to Make this Apple Tart with Tosca Topping 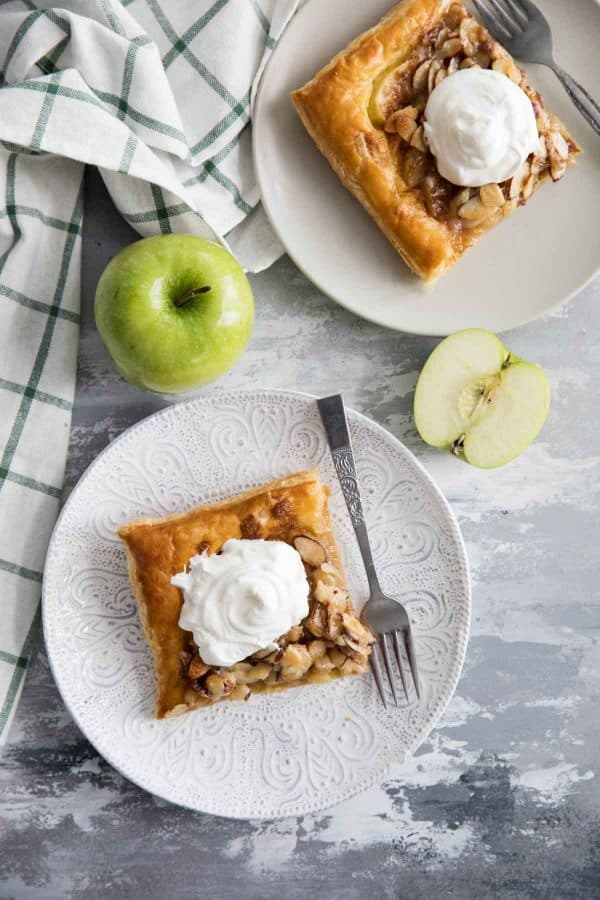 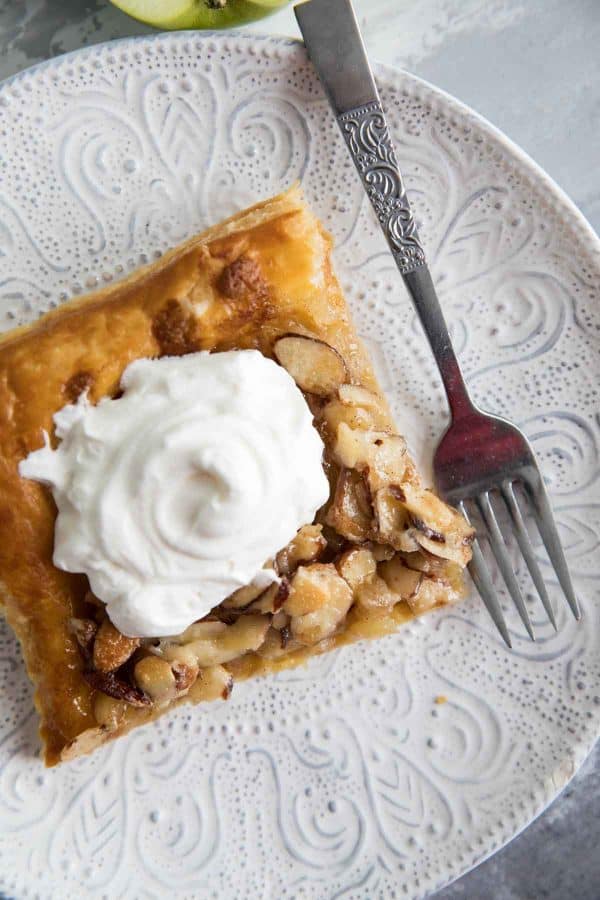 Tools Used to Make this Apple Tart with Tosca Topping

You’ll want to use a half sheet pan that has sides.
The tart will mostly likely overflow, so a sheet of parchment paper not only helps with cleanup, but makes it so that the tart won’t stick to the baking pan.
I use a hand mixer to beat the cream to make the fresh whipped cream.

This Apple Tart with Tosca Topping has a sweet apple filling that is topped with a caramelized almond topping in a puff pastry crust. Top it with fresh whipped cream for an easy dessert that is worthy of company. 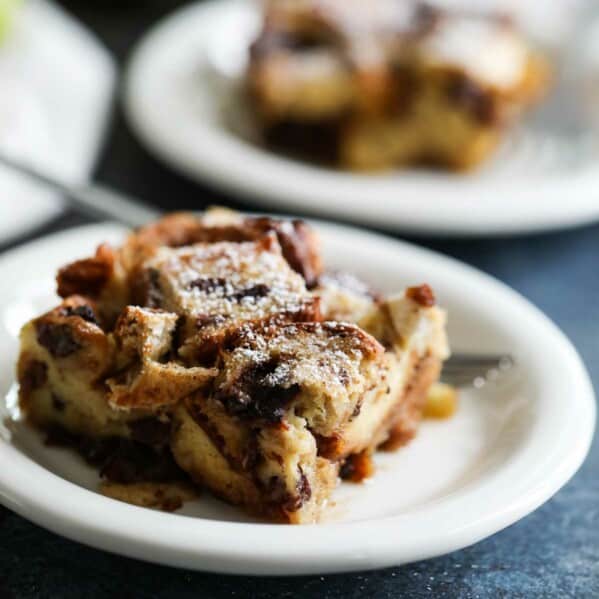 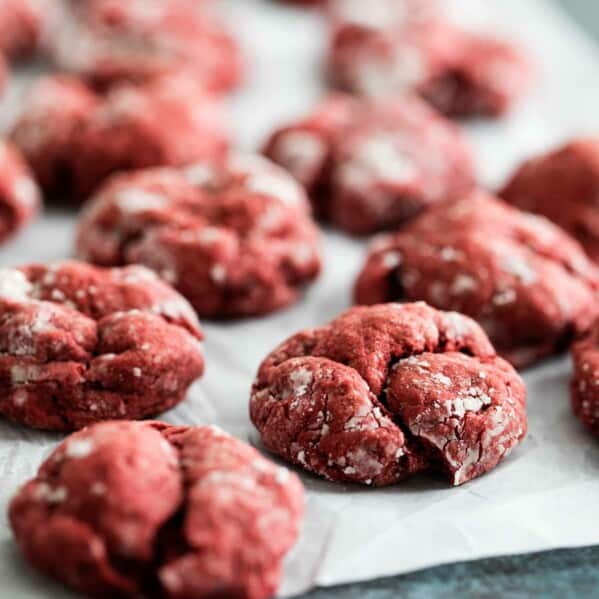