This French Lemon Cream Tart with Meringue starts with a sweet crust filled with a silky lemon cream. Topped off with meringue, this tart can’t be beat! 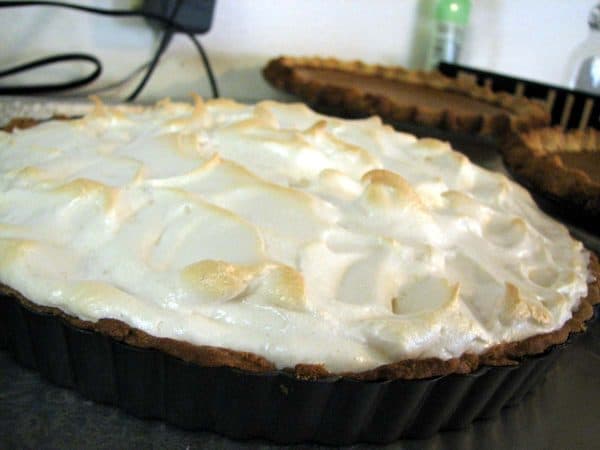 Before I (finally) finish talking about Thanksgiving, I have a question for anyone that has an opinion – my husband and I are going to Las Vegas (to see Celine!!) in a week and a half, and we want to go out to one nice dinner. Although Vegas is just a quick 5 hour drive away, I haven’t been since my single days. So, we’re looking for good suggestions for somewhere that we wouldn’t have to have reservations forever in advance, and somewhere that isn’t too pricey. Let me know what you think!

I’m so mad that I didn’t get a better picture of this tart. I was running behind on Thanksgiving morning, and it was crazy enough in the kitchen at my in-laws to even snap this one photo. And I didn’t even take it out of the tart pan yet – and the crust looks really dark in the picture, but it wasn’t that dark. But let me tell you, this was so good. Of course it was – it was (mostly) a Dorie recipe!!

When I first got this cookbook, this was one of the first recipes that I saw and that I really wanted to make. Well, every time I went to make a dessert, I kept putting this off because you have to refrigerate the cream for at least 4 hours. Well, I guess I just don’t plan very well, because I never had the extra 4 hours of refrigeration time!! Before Thanksgiving, I decided that this would be the perfect dessert to make. I love lemon meringue pie, and my family usually has it at Thanksgiving. I decided to use the only meringue recipe I’ve ever made, though, because I know that sometimes meringues can be temperamental, and I knew this recipe works for me.

I set out the night before Thanksgiving to start the tart. First was the shell. I’ve made this recipe before, so no problems there. The only difference this time was that I finally have a food processor, so it came together a lot faster than it usually does!! Then came the cream. It really only gave me one problem. The cream is supposed to thicken while you whisk it. She says that this can take up to 10 minutes to get the temperature up to 180 degrees F. Well, almost 40 minutes later, my temperature was only 165 F, and my arm felt like it was going to fall off!! It was thick, so I called it good and wrapped it to go into the fridge. I’m glad I didn’t keep whisking, because when I put it into the cooked shell the next day, it was perfect. And so tasty. I’m seriously surprised that any of it made it into that tart. I want to make more of the cream and just eat it with a spoon. I might end up weighing 500 pounds, but this cream is worth it!!

My only other problem, which really wasn’t a problem, is that I just now realized that most of these tart recipes I’ve been making are for a 9-inch tart. Well, I just realized that my tart pan is 11 inches. I don’t have any problems with the dough fitting my tart pan. My lemon cream was a little bit thin, but it was still good. I ended up doubling the meringue after I realized that it was for a 9-inch pie as well. I didn’t need that much meringue – in the future, I’ll make 1 1/2 of the recipe if I’m doing a tart.

This was probably my best received recipe at the Thanksgiving table. In fact, my husband told me that when we were getting ready to leave and packing up some of the leftover food, and my sister-in-law got mad at him for taking a few pieces of the tart. I keep saying that I probably wouldn’t make this again, just because it was so much work, but the more I think about it and the more I talk about it – the more I want to go home tonight and make another one!!

This French Lemon Cream Tart with Meringue starts with a sweet crust filled with a silky lemon cream. Topped off with meringue, this tart can’t be beat!

Tart dough and filling from Baking From My Home to Yours 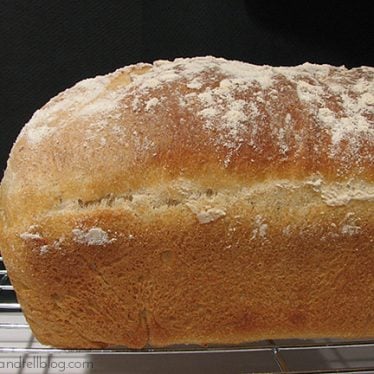 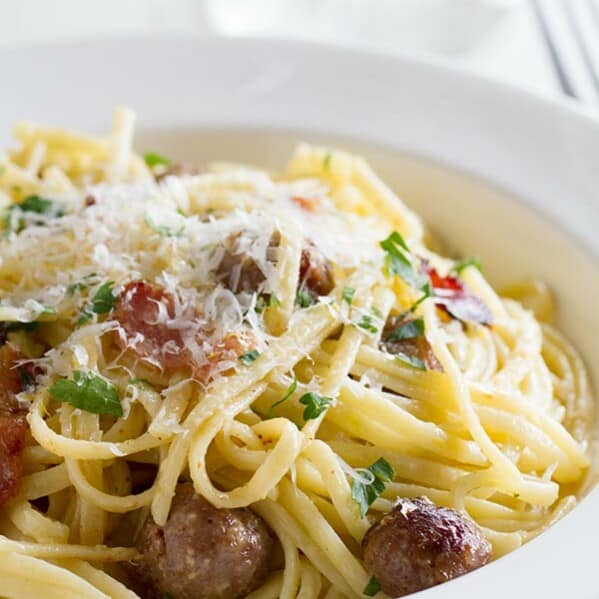