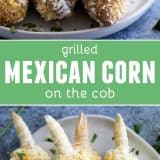 Grilled corn – south of the border style! This Grilled Mexican Corn on the Cob takes grilled corn to the next level with spices, crumbled Cotija cheese, cilantro and fresh squeezed lime. 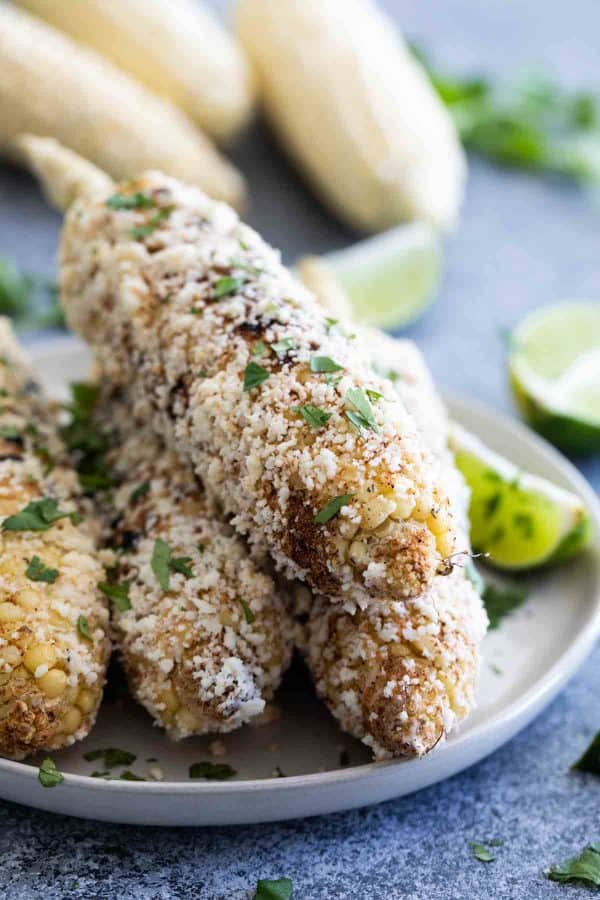 When you think of corn, are you like me and corn on the cob is the first thing to pop into your head?  Corn on the cob is definitely one of my favorite ways to enjoy corn.  I love a great ear of fresh, local corn, slathered with butter and sprinkled generously with salt and pepper.  But every once in awhile, it’s great to switch things up.  With cheese.  And lots of spices.  And some fresh herbs.  Yeah.  Definitely stepping it up a bit here!!

Since Cinco de Mayo is right around the corner, I’ve been looking through all of my Mexican recipes here on Taste and Tell and this is the one I wanted the most – this Grilled Mexican Corn on the Cob. It’s one of those recipes that is always just so good. Plus corn on the cob is already hitting the shelves at the grocery store. Now, it’s not as good as the sweet local corn that we’ll get late summer, but it totally works for this grilled Mexican corn.

This is a recipe that definitely needs to make a showing for your Cinco de Mayo meal! 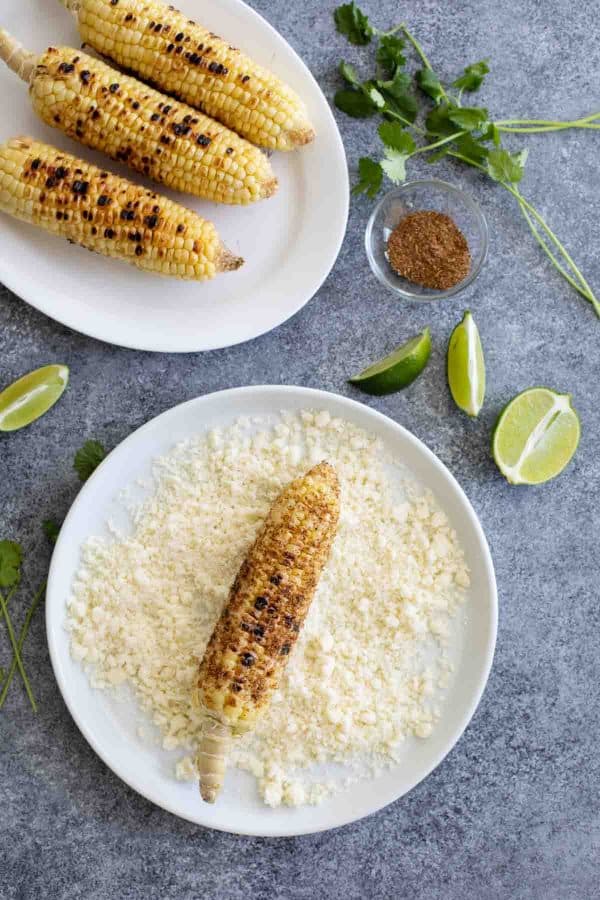 I call it Grilled Mexican Corn, but it is also known as elotes. Elotes are a very popular street food in Mexico. Find a vendor, and he will take your grilled corn, brush it with mayonnaise, butter or Mexican crema, and then sprinkle it with spices and cotija cheese. Then you are on your way, the ultimate cob of corn in hand. You can also see it when the vendor will cut the corn from the cob and serve everything in a cup. Traditionally, when it’s removed from the cob it’s called esquites, but I think most people – especially us Americans – call them both elotes. I just call them irresistible.

How to Grill Corn on the Cob

There are many tips and tricks you have probably seen for grilling corn on the cob. Everything from grilling with the husks on to soaking the corn first to putting different ingredients in between the corn and the husks. But I have to say – for this recipe especially – easiest is best.

I really like the charred bits on the corn, so I completely remove the husks and the silk. Then I grill the corn directly on the grill, watching it and turning it as needed. That’s it! And guess what – sometimes I even just use the stove top grill, because that’s easier for me than heading outside some days.

My one trick, though, is to always start with really fresh corn. The fresher the corn, the less you have to worry about it drying out as it grills. 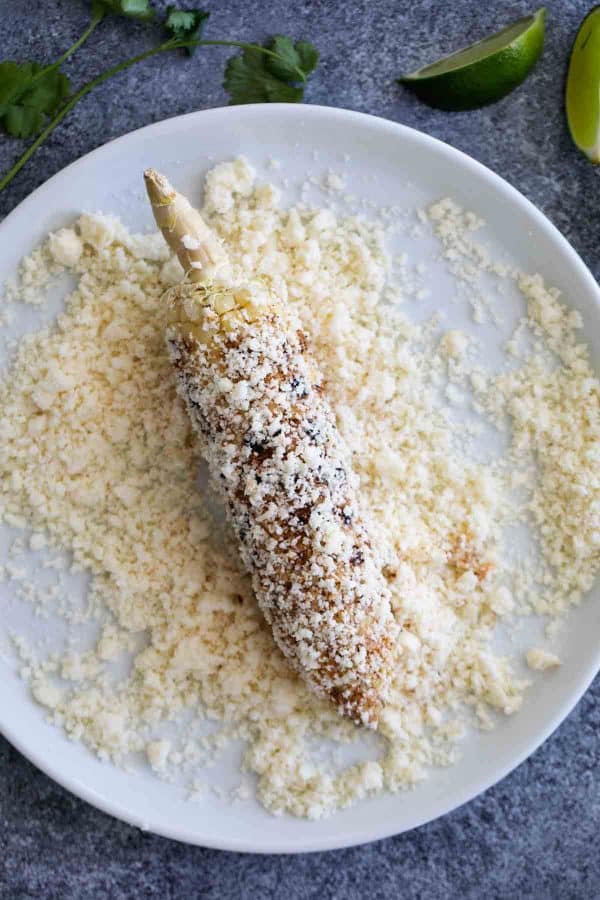 Ingredients in this Grilled Mexican Corn on the Cob

Here is what I use in my version of Grilled Mexican Corn: 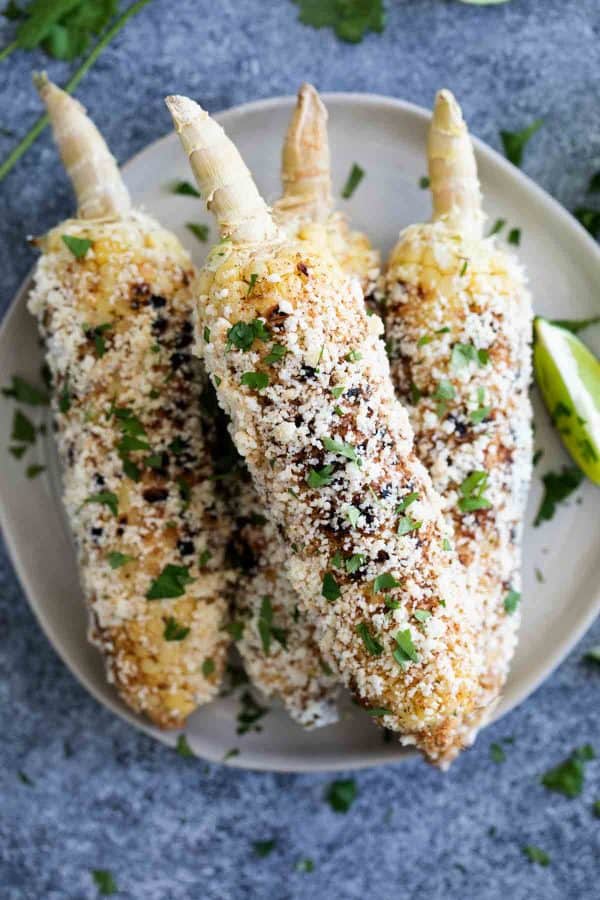 Tips for Making this Grilled Mexican Corn on the Cob 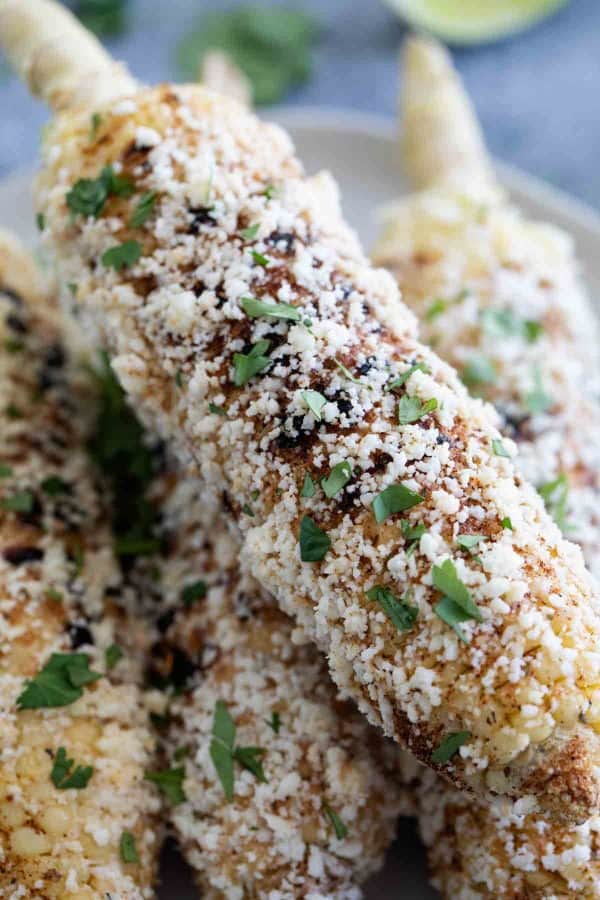 Tools Used to Make this Grilled Mexican Corn on the Cob

Don’t have a grill? I love to use my grill pan as well!

Grilled corn – south of the border style! This Grilled Mexican Corn on the Cob takes grilled corn to the next level with spices, crumbled Cotija cheese, cilantro and fresh squeezed lime. 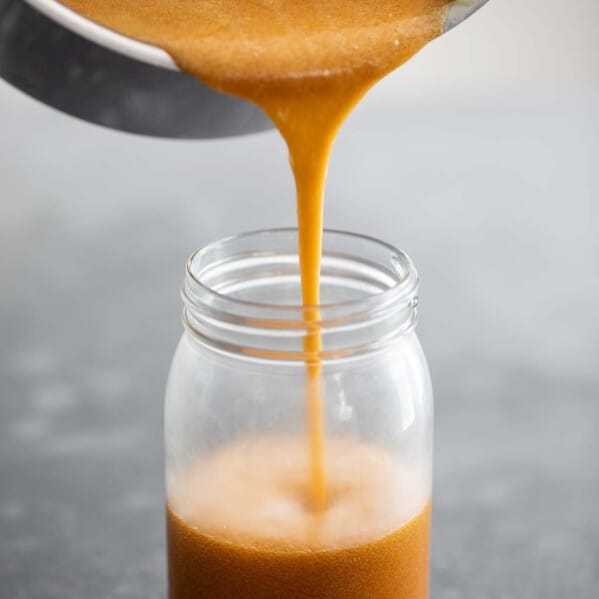 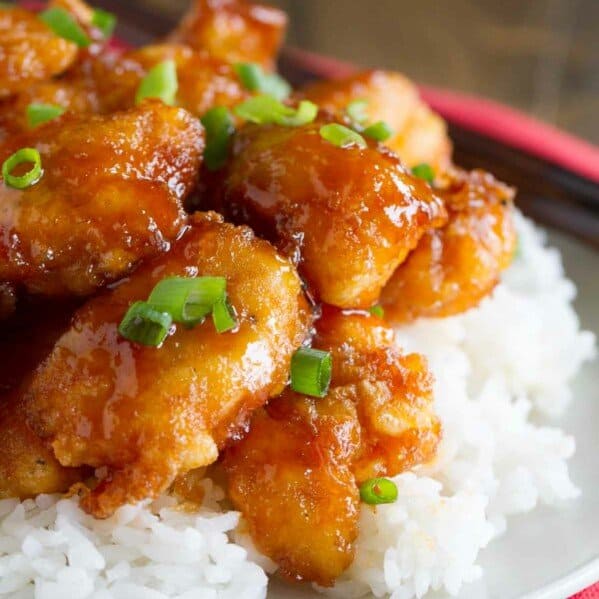