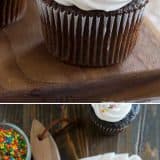 You can’t go wrong with a classic like these Devil’s Food Cupcakes with Fluffy Frosting! The cupcakes are deep chocolate, contrasted by the light and fluffy marshmallow frosting. 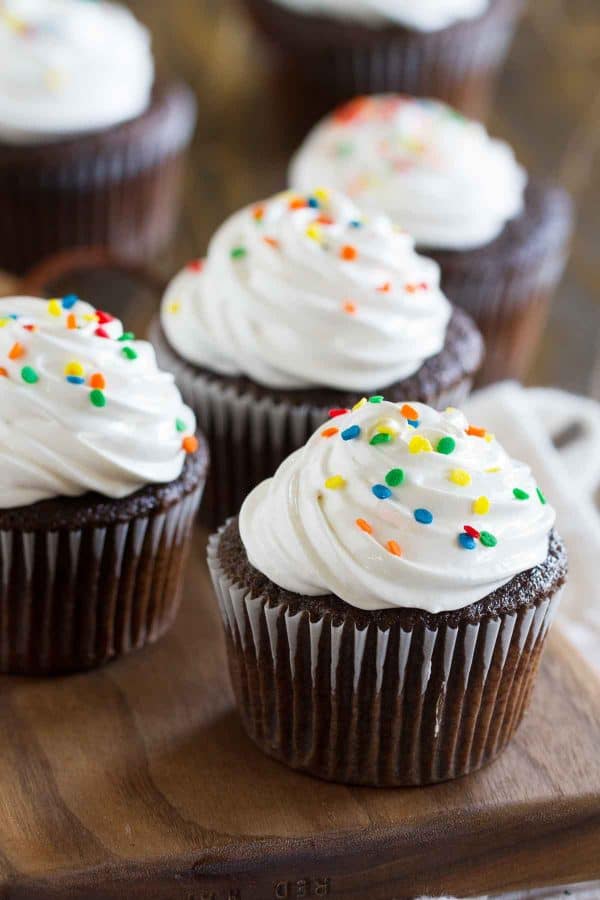 
Originally posted September 2, 2008 – Well, we made it through the first week of 2017! And I think that deserves a cupcake. Or two. If you are looking for a good, solid Devil’s Food Cupcake with the best frosting ever, these Devil’s Food Cupcakes with Fluffy Frosting need to be made asap. It’s Friday – which I say means it’s time for a cupcake!!

I’ve talked about my mom on my blog before. I think she is where I get my love of food from. She made breakfast 6 mornings a week. (On Saturdays, we were allowed to get up early and eat cold cereal while watching cartoons. I think the only reason we were allowed cereal this one day was so that she could have one morning to sleep in!) She cooked every meal. In fact, I don’t ever remember eating out except for when we would go on vacation. It was never – “I’m too tired to cook, so let’s eat out tonight”. 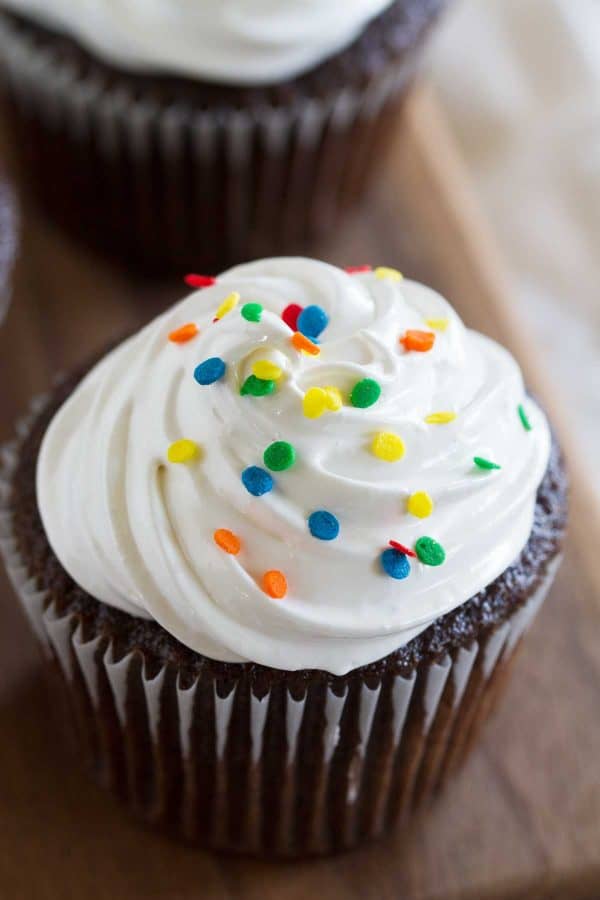 Birthdays were always a lot of fun because if it was your birthday, you would get to choose what was for dinner and what kind of cake you wanted. I remember always wanting homemade chicken nuggets for dinner, and the cake of choice was always cherry chip with fluffy frosting. It wasn’t until I started reading food blogs that I found out that most people call this frosting 7 minute frosting or marshmallow frosting, not fluffy frosting! And although it’s been quite awhile since I’ve had a cherry chip cake, fluffy frosting still remains my favorite.

I’ve made a similar cupcake on here before – a devil’s food cupcake with marshmallow frosting. The frosting on my first post was good, but it wasn’t the same as the frosting from my childhood. And this cupcake recipe is much better. I can’t wait until my kids are old enough to love birthdays like I did, and I won’t be surprised if they always choose fluffy frosting for their cakes! 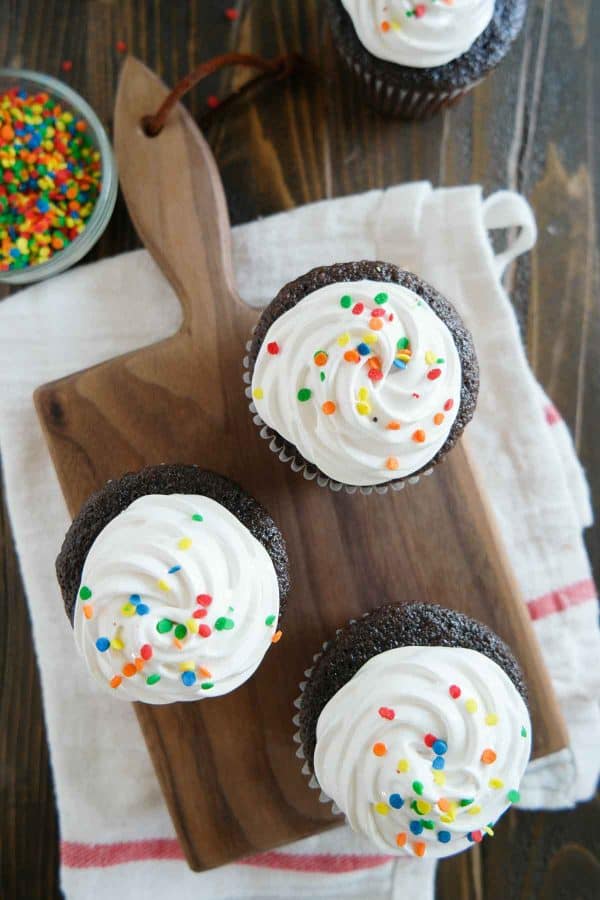 You can’t go wrong with a classic like these Devil’s Food Cupcakes with Fluffy Frosting! The cupcakes are deep chocolate, contrasted by the light and fluffy marshmallow frosting.

To make the frosting: 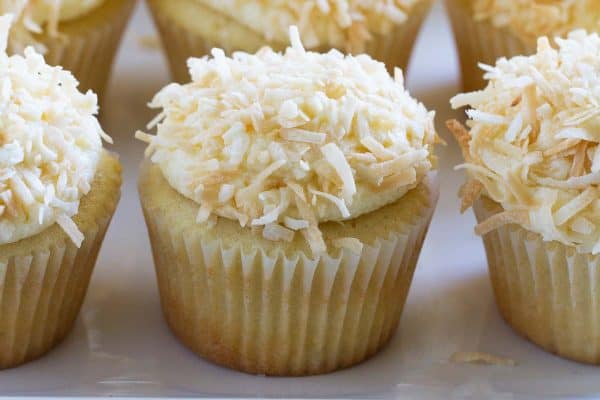 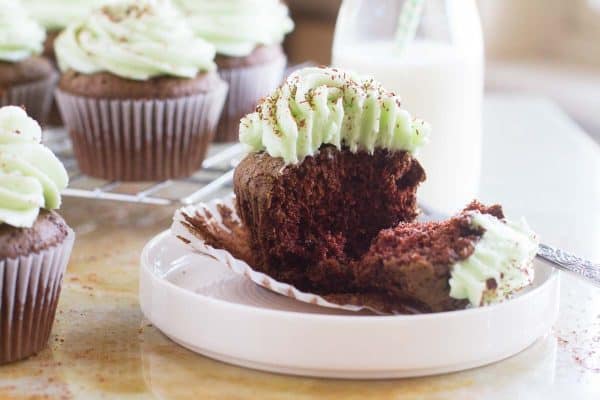 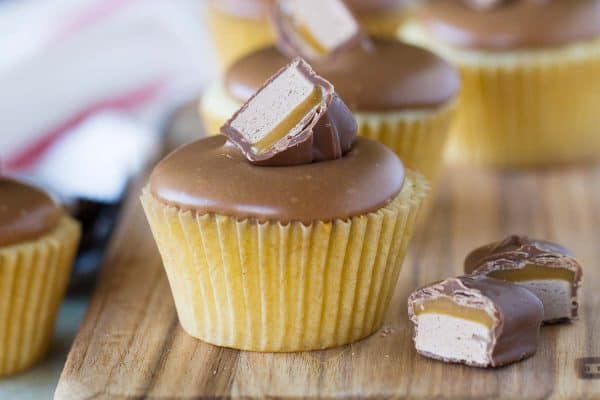 Chocolate Cherry Cupcakes from Baked by an Introvert
Banana Cream Pie Cupcakes by Life, Love and Sugar
Strawberry Milkshake Cupcakes by The Girl Who Ate Everything 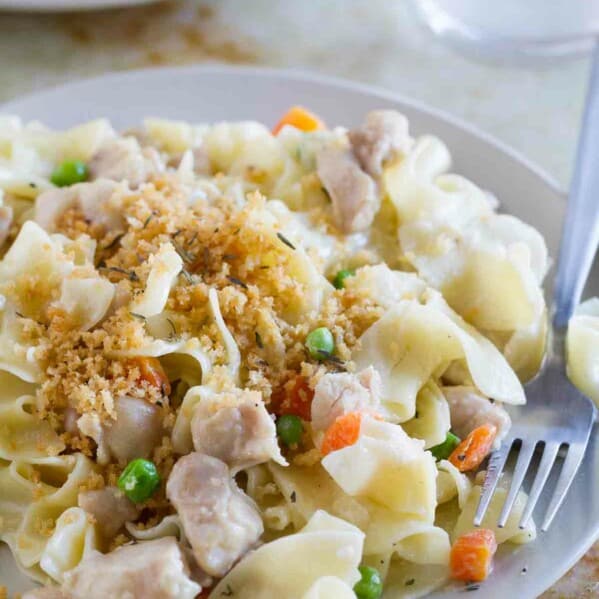 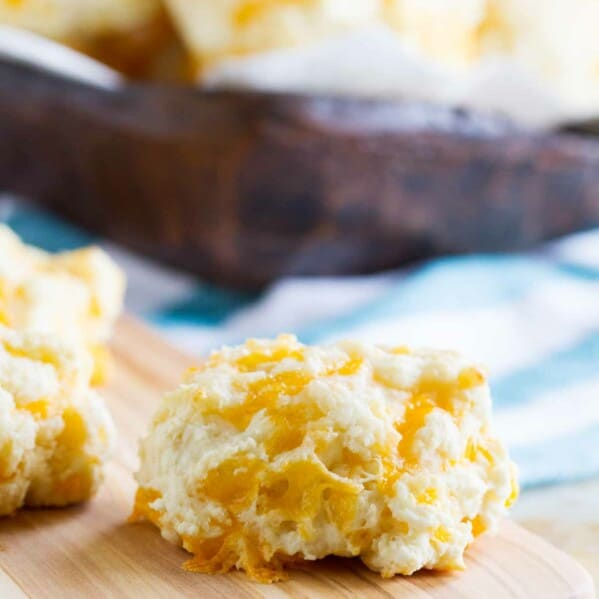