A taste of my childhood – this Cherry Chip Cake is made from scratch and then topped with a light, fluffy frosting. 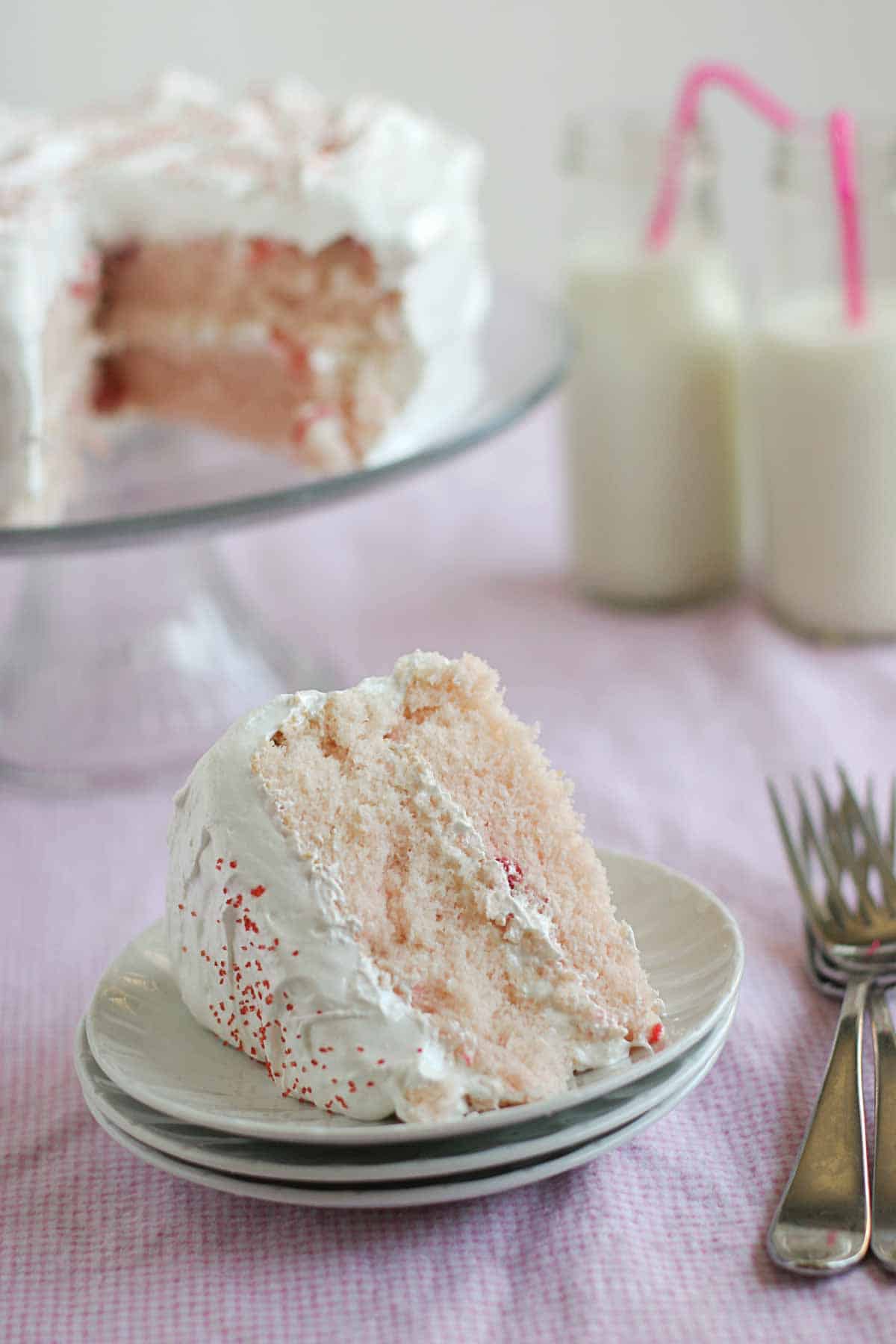 A few weeks back at a baby shower, the conversation turned to foods that reminded us of our childhoods. Ever since that conversation, so many foods have come back to me, reminding me of home. Everything from my mom’s chile rellenos to popcorn cake to stacked enchiladas. And of course, cherry chip cake.

Every birthday, we would get to choose what we wanted for dinner, and what kind of cake we wanted. I always chose homemade chicken nuggets for dinner. And for the cake – it was always cherry chip cake with fluffy frosting. With red sugar sprinkles on top. They always had red sugar sprinkles on top. I know that when I was really young, my mom decorated some really fun cakes, but looking back now, the cherry chip cakes with fluffy frosting are the ones I loved the most. 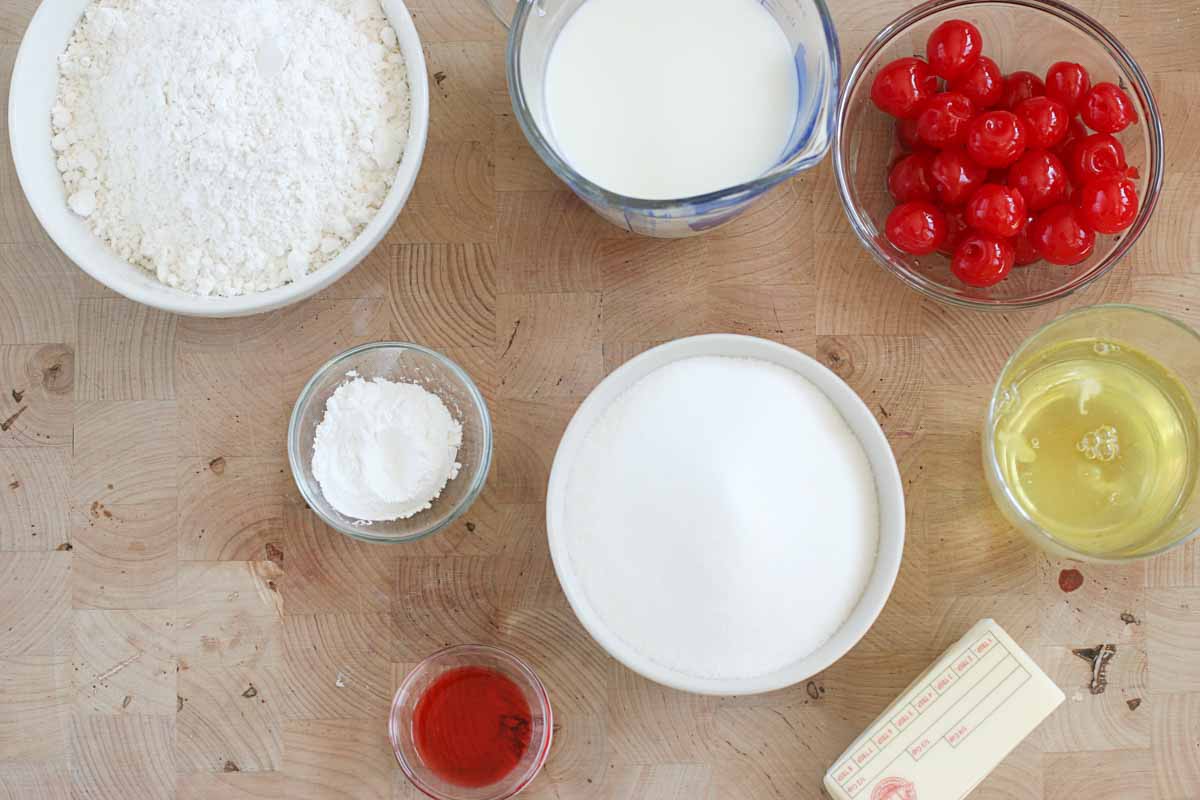 Of course, my mom’s cherry chip cakes always came from a boxed mix. But several weeks ago, I got this idea in my head that I wanted to try to re-create this childhood favorite – but from scratch. So I went online to see how others had done it. I was surprised to find that there aren’t that many recipes out there. Lots of chocolate cherry cakes, but not really any for from-scratch cherry chip cakes.

So, I decided to just wing it. And I’m going to call this cake version 1. Because while I really liked it, there are a few things I’d change for next time. But since this was my birthday cake from yesterday, I really wanted to share it with you!! 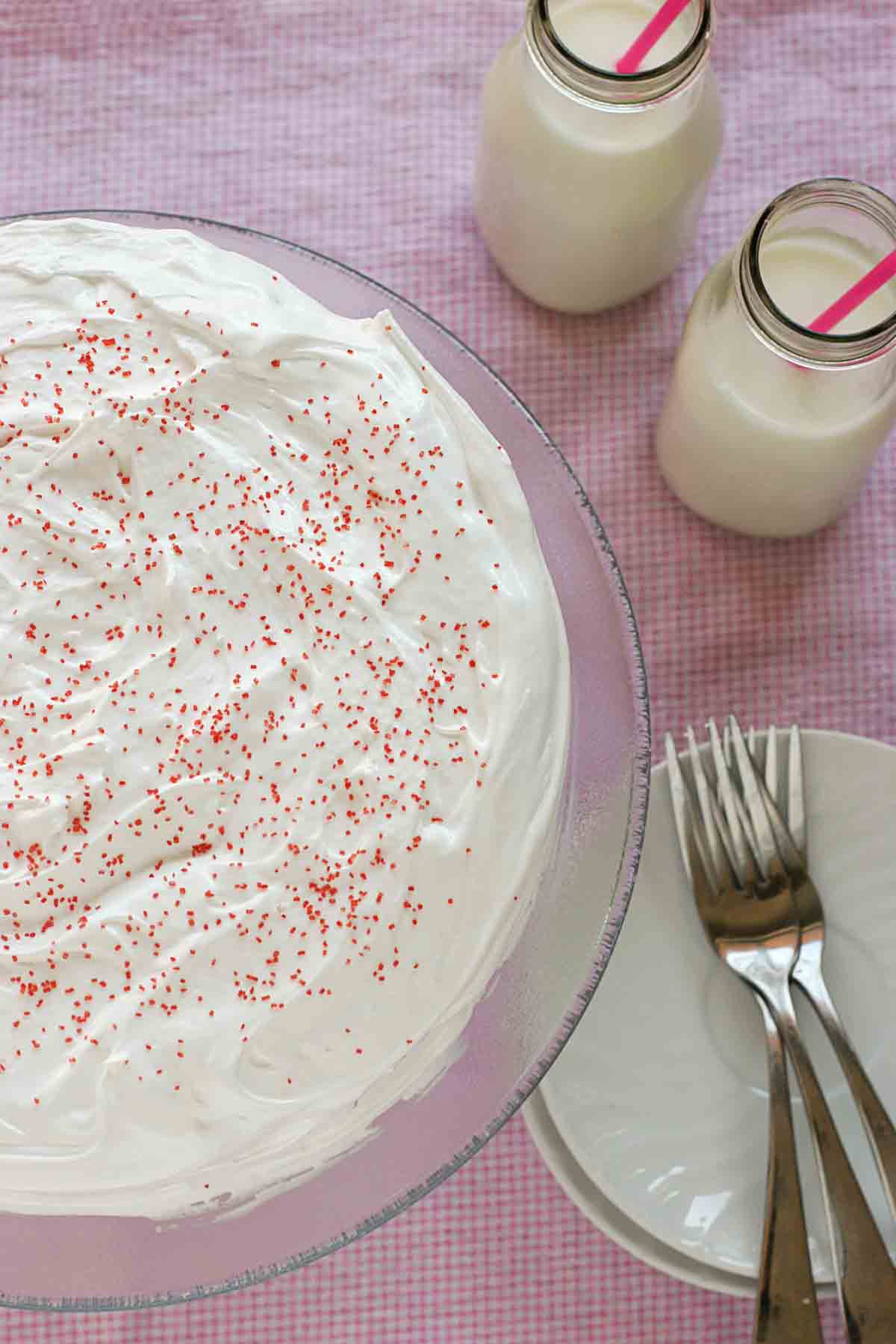 Things I’d change – First, I would chop the cherries smaller than I did. I cut them into 8 pieces each, but they all sunk to the bottom of the cake. So I think they were still too heavy. I’d chop them really fine next time. You can’t even see them in the pictures because they were all hidden by the frosting. 🙂 Second, I’d use a recipe that didn’t call for cake flour. This could totally just be me – my husband thinks I’m crazy – but I think that cake flour has sort of a strange aftertaste. I can usually always tell if something is made with it. And for me, that taste kind of masked the light cherry flavor a bit. (But like I said, my husband didn’t taste it, and thinks I’m kinda crazy…) Third, I thought it could use just a tad more cherry flavor. Again, my husband disagreed with me on this one. But I would up it just a tiny bit. This frosting is my mom’s version of a 7 minute frosting. I grew up knowing it as fluffy frosting. It wasn’t until I started blogging that I learned that the rest of the world knew it as 7 minute frosting. But this version is super easy, and as long as you beat it long enough, I think it’s pretty fail-proof!

But really, this whole cake was pretty much a success, especially considering it was a first try. And although nothing could really replace those little bits of artificial cherries, this still brought me back to my childhood!! 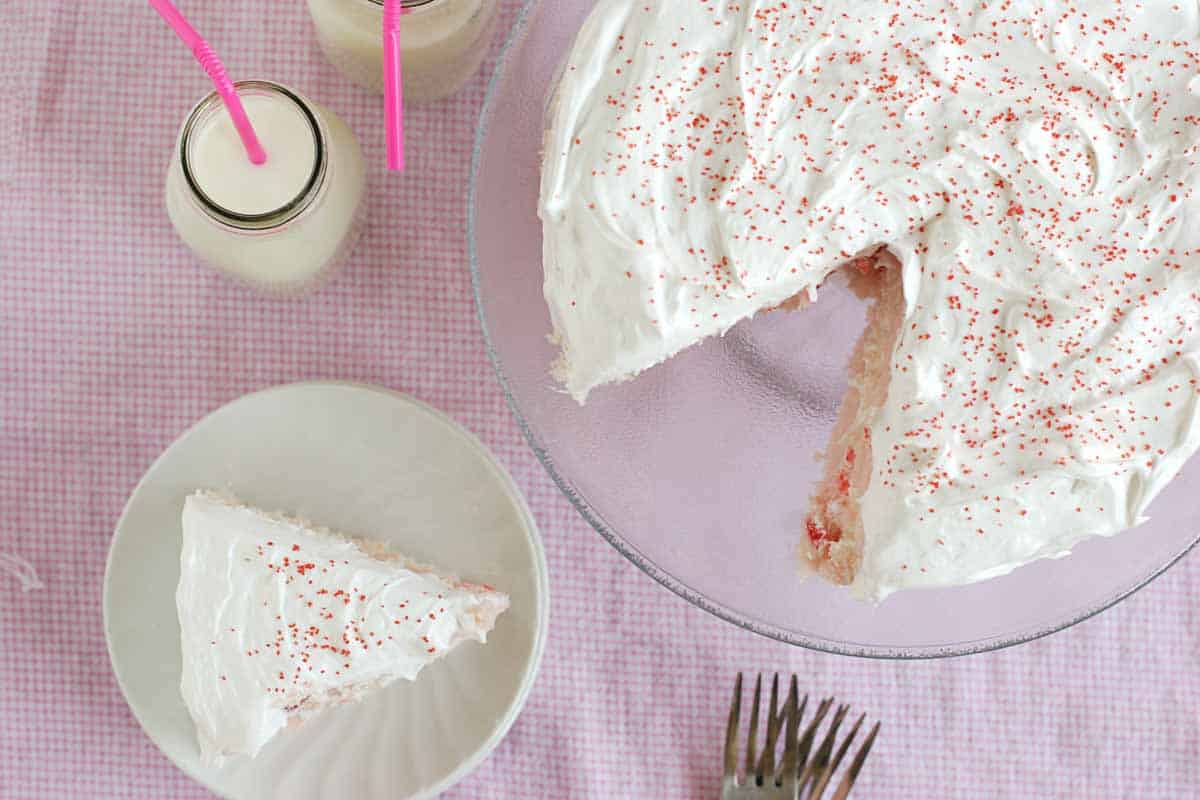 A taste of my childhood – this Cherry Chip Cake is made from scratch and then topped with a light, fluffy frosting.

For the Fluffy Frosting (this makes enough to frost a 2 layer cake.)

For the fluffy frosting:

cake recipe adapted from Baking From My Home To Yours 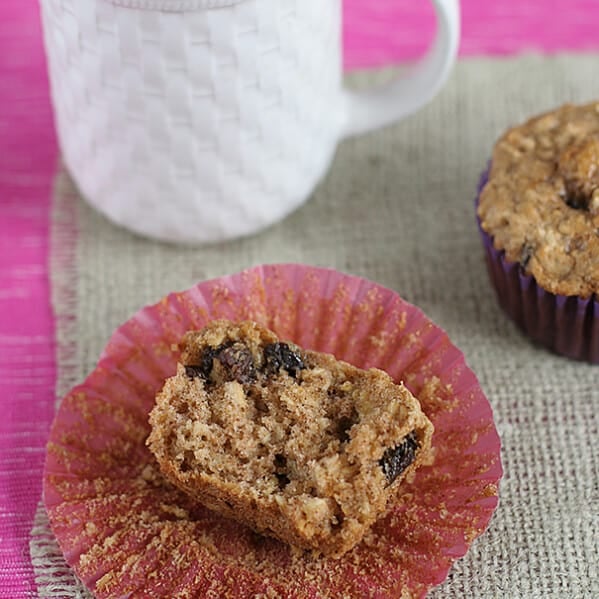 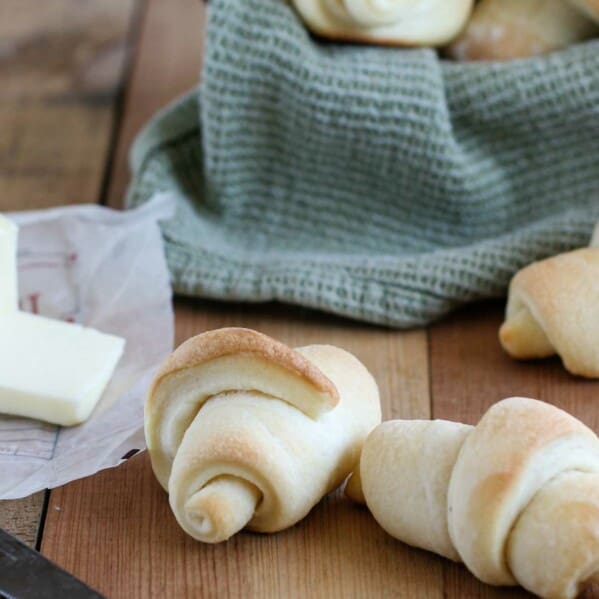