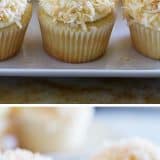 True coconut lovers will appreciate these Coconut Snowball Cupcakes! Coconut cupcakes are filled with a coconut pastry cream and then frosted with a coconut buttercream. Top them off with toasted coconut for the ultimate coconut treat! 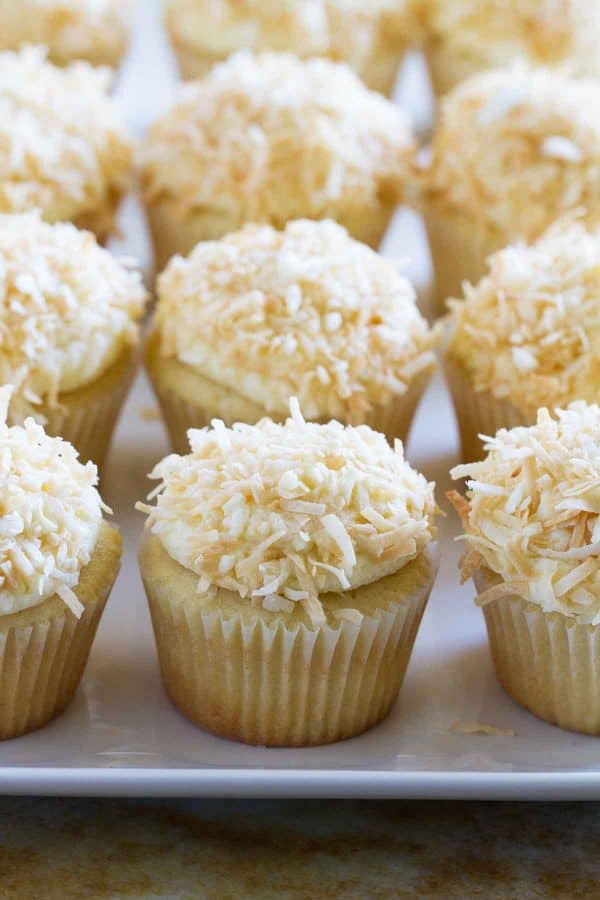 
Originally posted July 20, 2009 – It’s no secret that I’m a little bit coconut obsessed. So it goes without saying that these Coconut Snowball Cupcakes are the ultimate coconut recipe. Coconut cupcakes are filled with a coconut pastry cream, then topped off with a coconut buttercream and toasted coconut. Coconut overload!! I’ve made several different coconut cupcake recipes over the years, but these are the ultimate coconut cupcakes! These Coconut Snowball Cupcakes may be a little more labor intensive than some other cupcakes, but trust me – they are worth it!!

I really think that for the most part, my cooking is pretty “family friendly.” Even though my daughter is not even eating solids yet, so I’ve only been feeding my husband and I for the last few years, we tend to like less pretentious, every day kind of food. Sure, I like to challenge myself now and again, but day to day, I tend to be drawn towards the kind of food I grew up on. 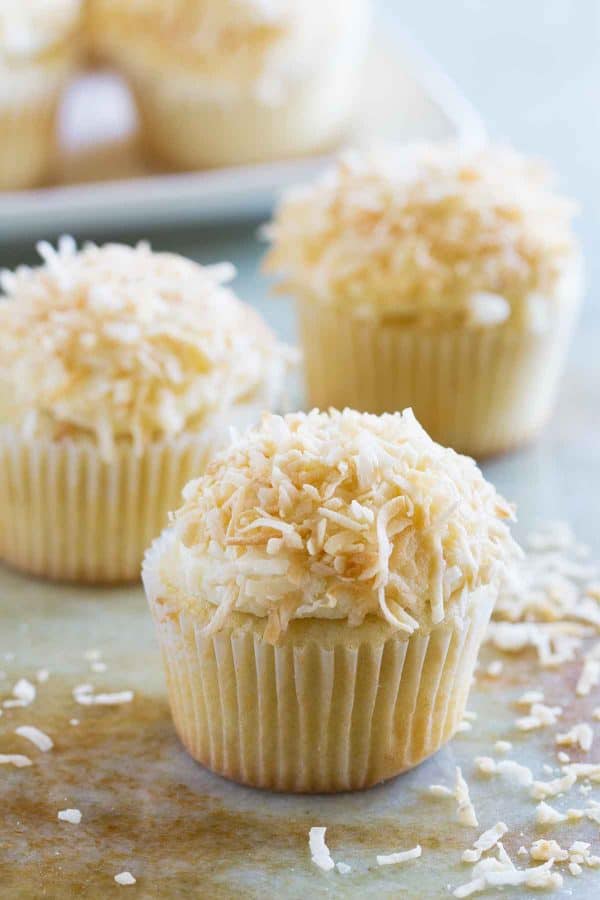 Well, a few months ago, we had an extended family get together to celebrate my grandparent’s anniversary. My sisters, mom and I were asked to bring desserts. One of the desserts I brought were these cupcakes. I had been wanting to make them, and I was excited to have the opportunity to do so. At the end of the party, my cupcakes had hardly been touched. Granted, there were about a bazillion desserts there, but I still wondered what happened and why no one wanted my cupcakes.

I took them home, and the next night, my immediately family got together for family dinner. Since I had so many of these cupcakes, plus some of another cake I had made left over, I took them for dessert. I left early that night with a tired, crying baby, so I left behind all of my left over desserts. The next day, my mom told me how my dad had just raved about these cupcakes, and how every really liked them. I had eaten one (or two!) by this point and I loved them. So I wondered why no one wanted the cupcakes at the party. 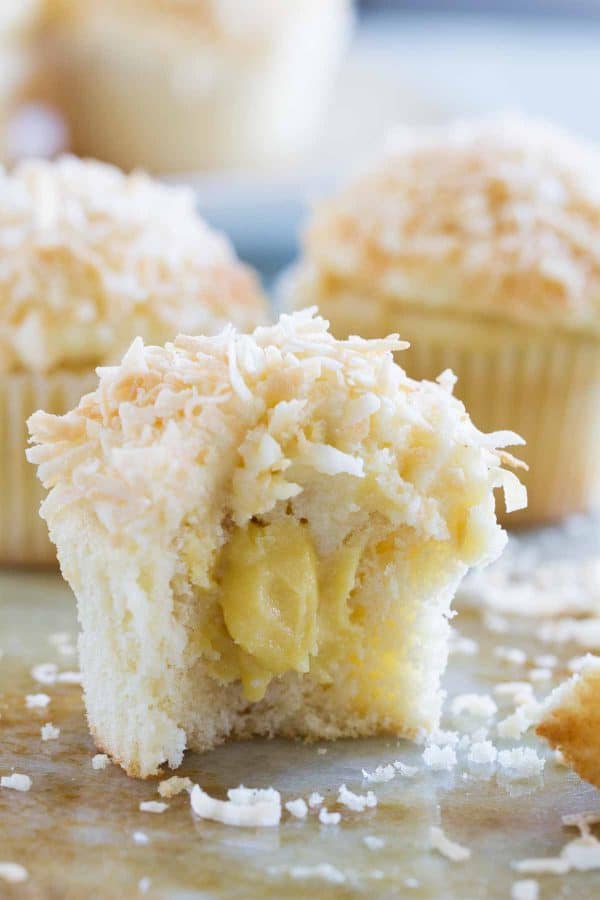 My mom came up with this answer. She said that she noticed that the kids all wanted cupcakes at the party, and the adults tended to go for cake. But there were some chocolate cupcakes, and those were the first to go. She thought that maybe these cupcakes were too sophisticated for the kids, and the adults were all too full on cake to try the cupcakes. I had a big laugh out of that, because I really don’t see my food as sophisticated. So maybe if you have some adults to bring a dessert to, these would go over better with them than with the kids!! 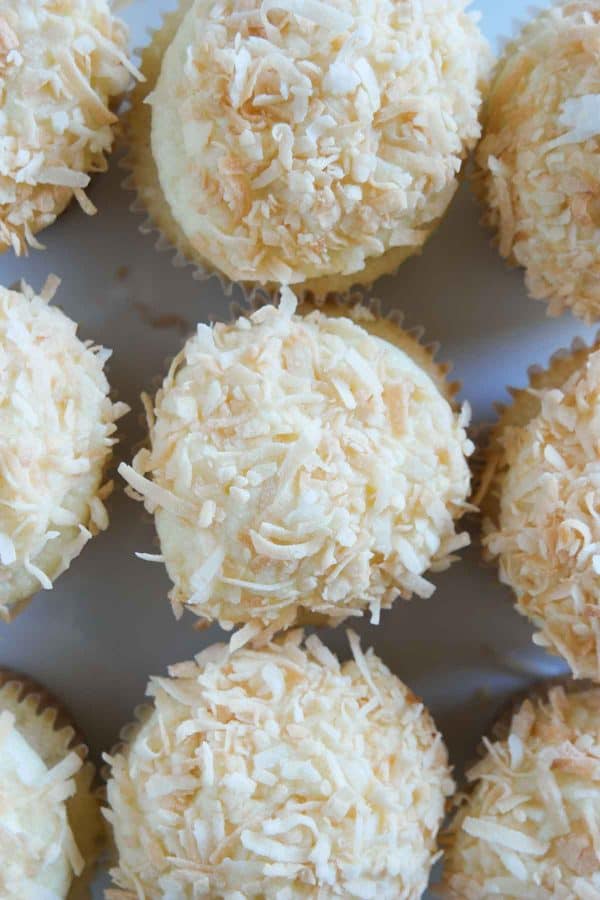 True coconut lovers will appreciate these Coconut Snowball Cupcakes! Coconut cupcakes are filled with a coconut pastry cream and then frosted with a coconut buttercream. Top them off with toasted coconut for the ultimate coconut treat!

Don’t Miss These Other Coconut Recipes: 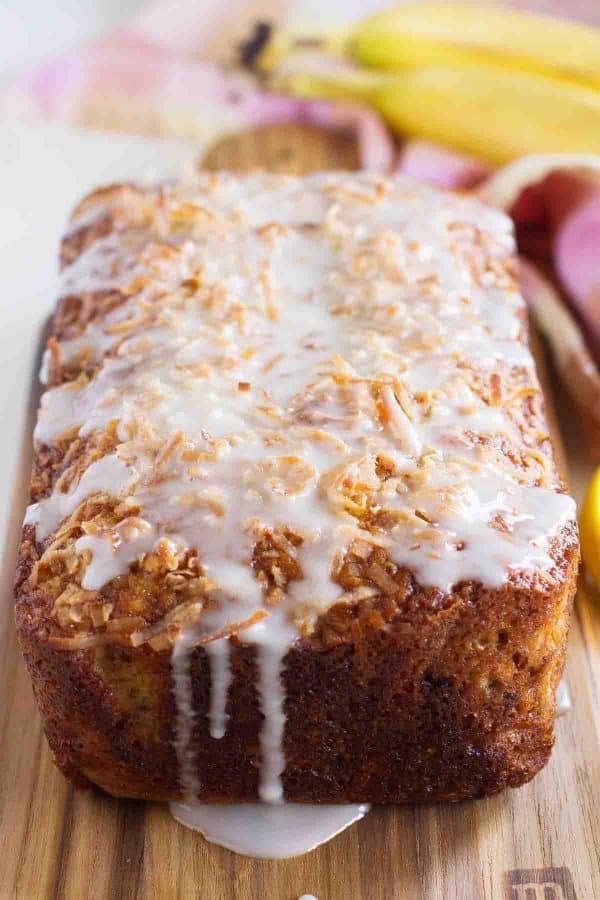 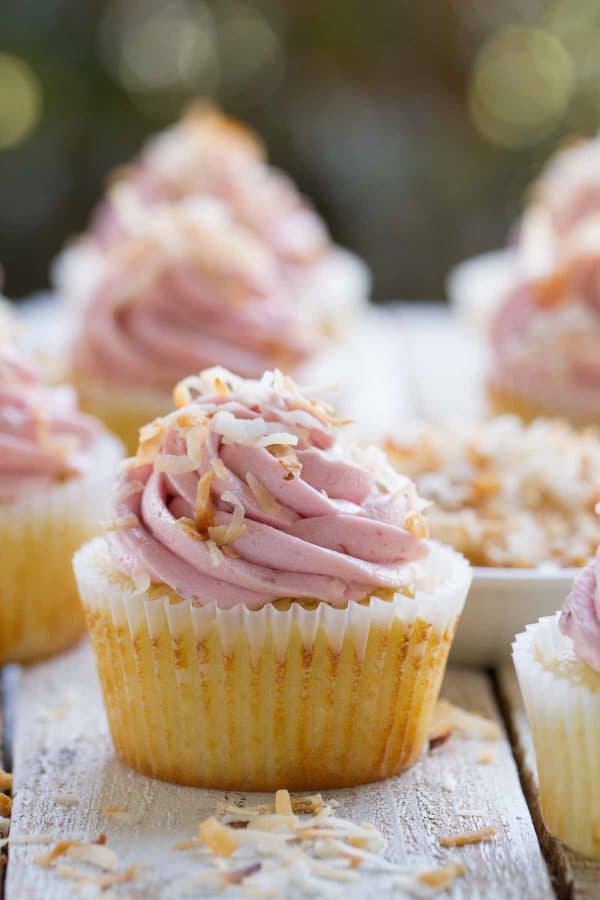 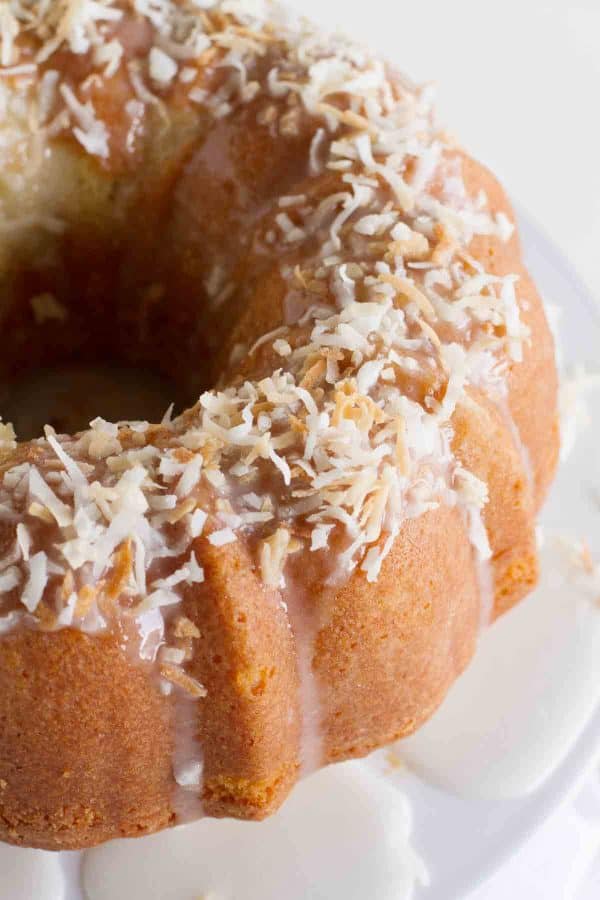 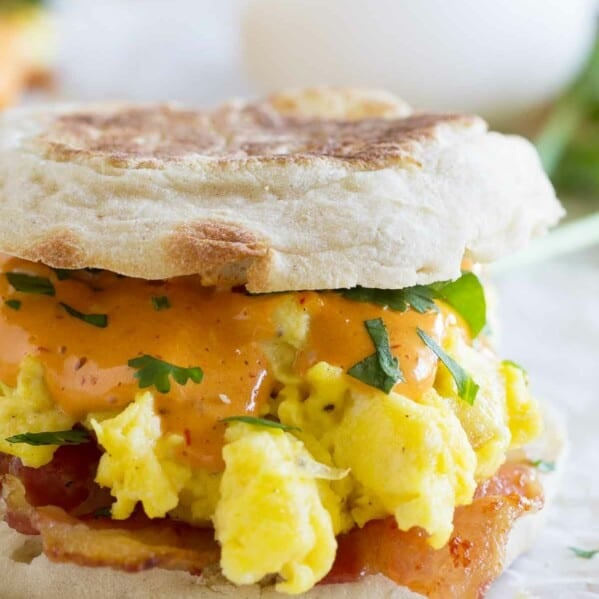 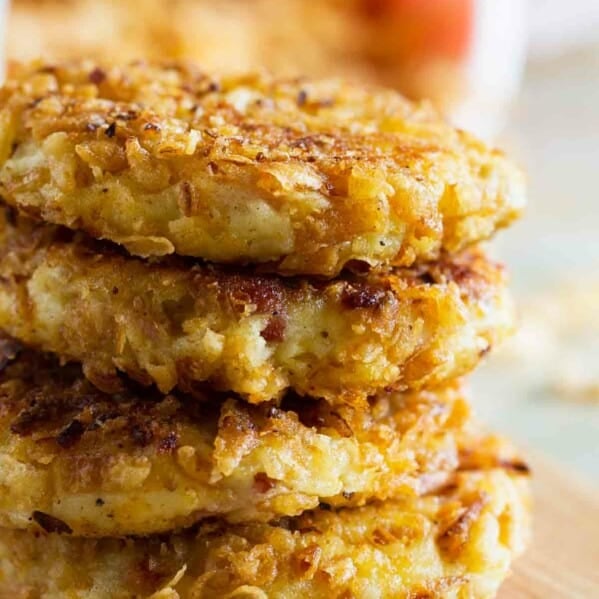