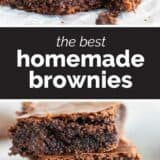 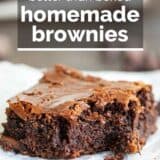 Better than boxed and almost just as easy, these Homemade Brownies are everything you want them to be – soft, moist, and full of chocolate flavor. It’s the only brownie recipe you’ll need!

If you have a chocolate craving, you can’t beat a batch of Homemade Brownies! For more chocolate treats, try this Chocolate Pound Cake, Dark Chocolate Cake with Nutella Buttercream, or Chocolate Cream Pie. 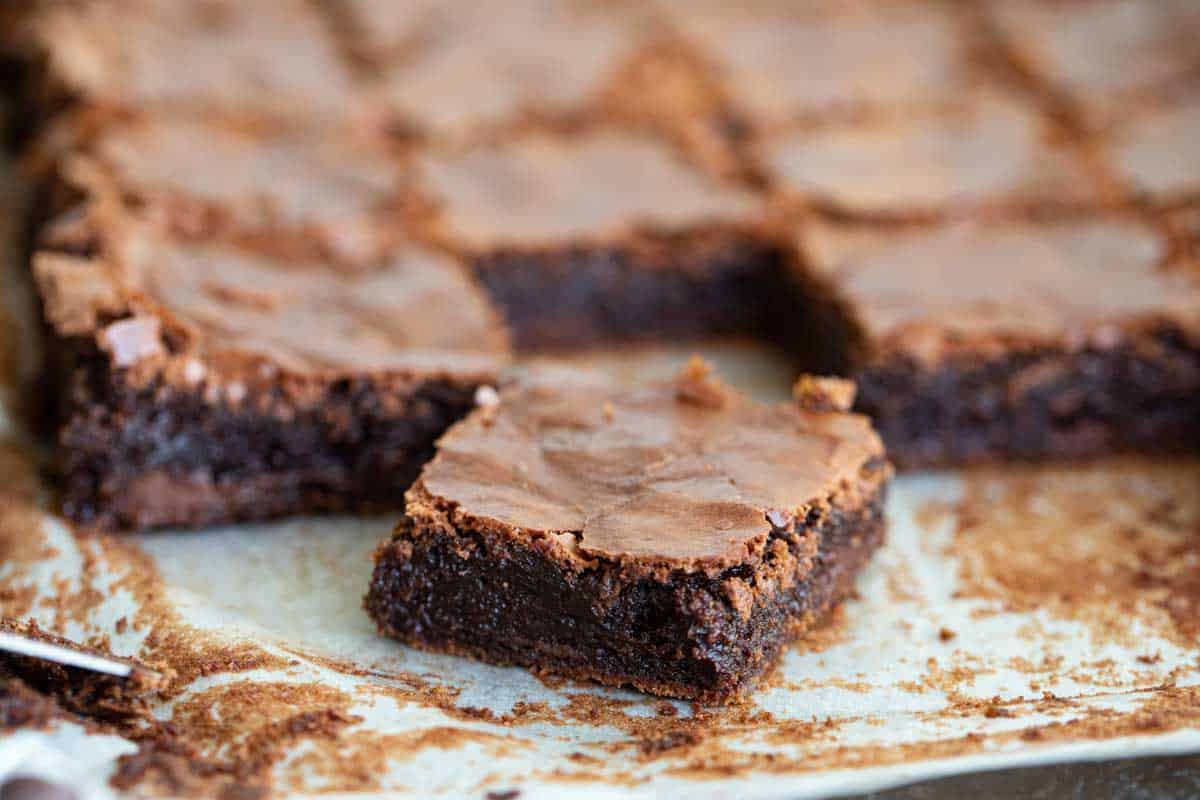 One thing that everyone needs in their recipe repertoire is a good brownie recipe. Now, I’m all for all of the different fun versions and flavors, but having a basic brownie recipe will always be necessary.

And this homemade brownie recipe is the only one that you’ll need.

Now, I totally get the allure of a brownie mix. So easy, so fast, and really, so good. There is something about boxed brownies that even people who only bake from scratch can’t deny. Well, this brownie recipe gives you all the things you love about those boxed brownies: a chocolatey, fudgy center and a crackly top – but from scratch!

Not only are you in control of the ingredients you are using, but you can whip up a batch of brownies on a moment’s notice. You can’t beat it! 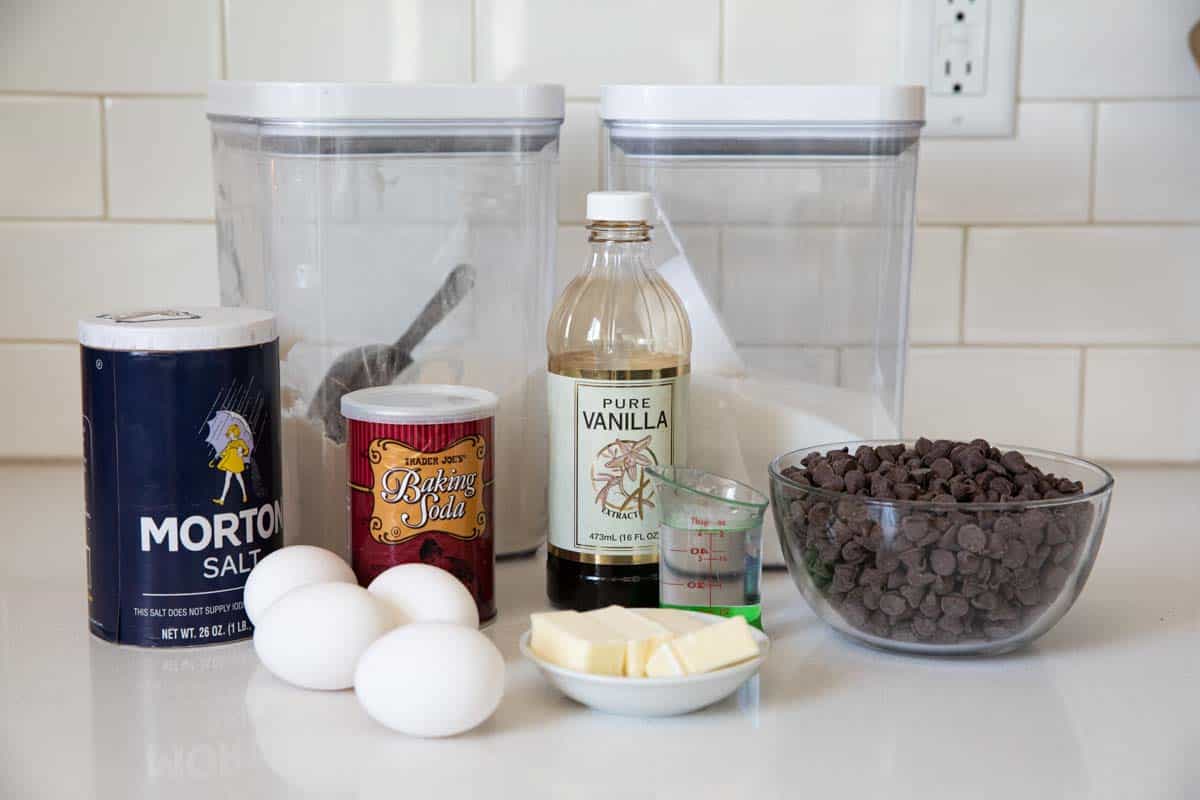 My favorite thing about this brownie recipe is that it’s made from ingredients I always have on hand, so it’s always easy to whip up a batch! 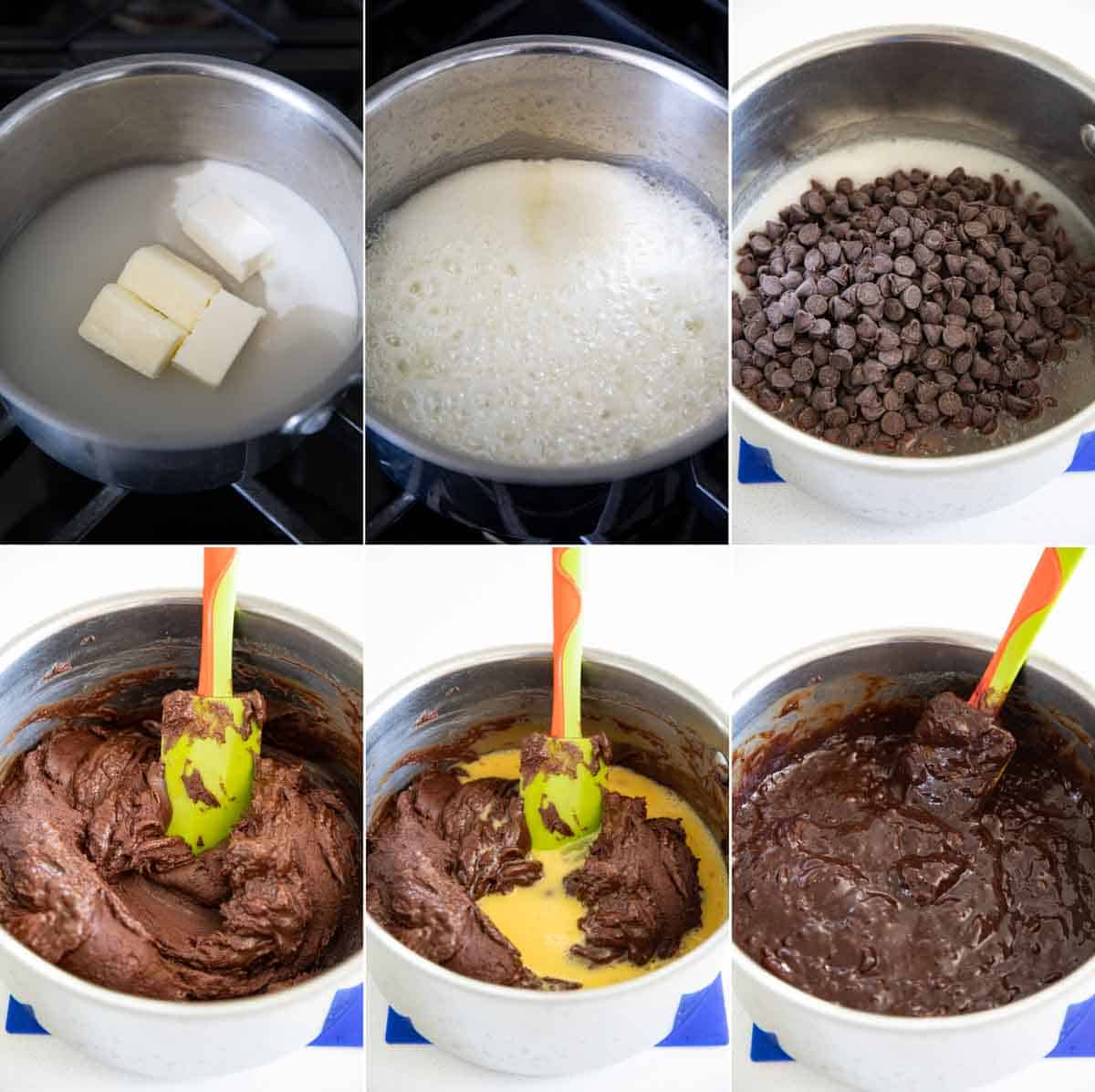 HOW TO MAKE HOMEMADE BROWNIES

All you need for this brownie recipe is a saucepan, so they are technically a one-bowl brownie!

In a large saucepan, combine the sugar, butter and water. Cook over until the butter is melted and it comes to a boil.
Remove from the heat and stir in 3 cups of the chocolate chips.
Once the chocolate is mixed in and melted, add in the eggs and stir until combined.

Add in the dry ingredients, the flour, baking soda and salt. Stir just until combined.
Last, add in some extra chocolate chips and stir them into the mix.
Pour the batter into a lined baking dish and bake! 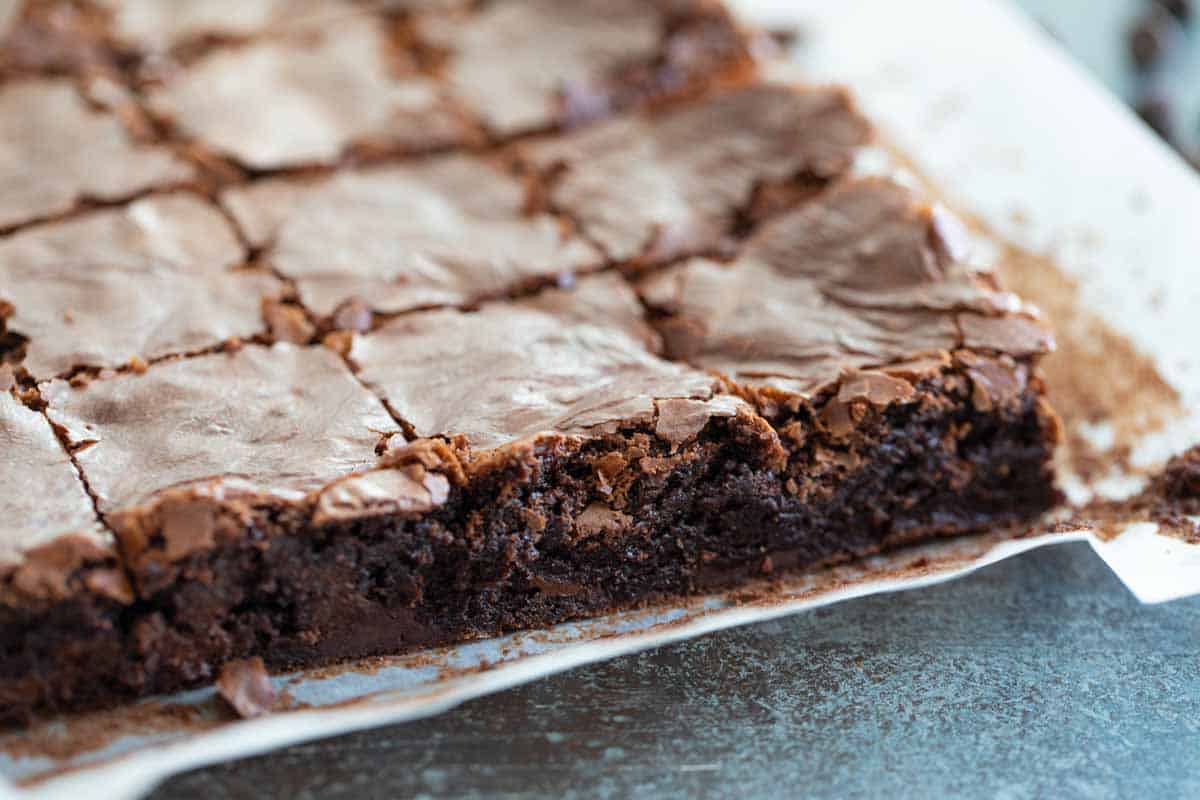 No one likes a dry, overbaked brownie, so keep an eye on them as they bake. You can test if they are done by pressing a toothpick in the center. If it comes out with wet batter, they aren’t quite done. If it is dry, you have baked them too long. You should have some moist crumbs stuck to the toothpick. But I always like to underbake versus overbaking.

Let the brownies cool before slicing them. Some people swear by cutting brownies with a plastic fork, but I usually just use a sharp, long knife.

This makes a family sized batch of brownies. If you do want a smaller batch, you can cut it in half and bake in an 8×8-square baking dish.

Brownies freeze well! Freeze (well covered) for up to 3 months. 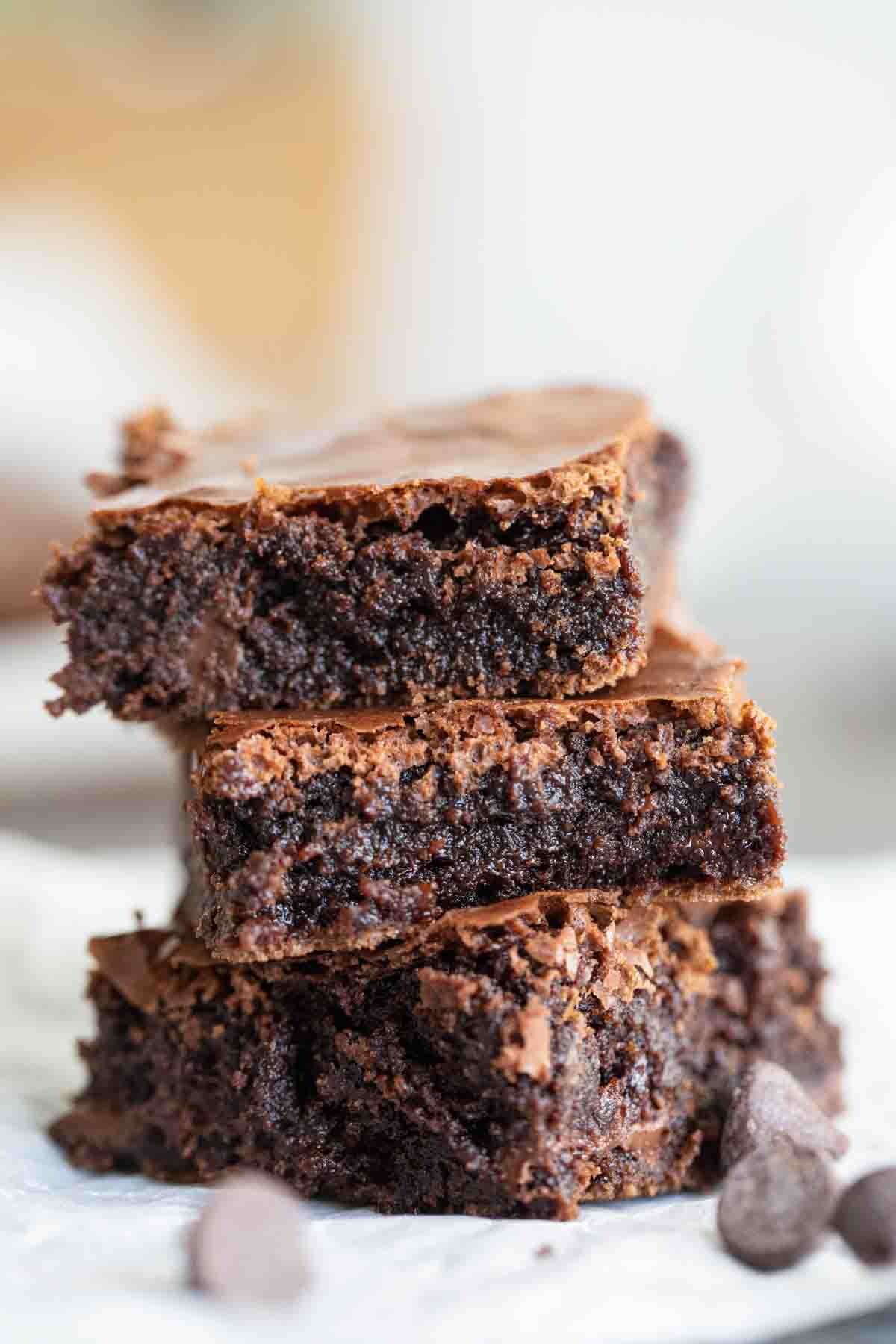 This is just a basic brownie recipe, which means that it’s easy to add to! Here are some of my favorite ways to change them up. 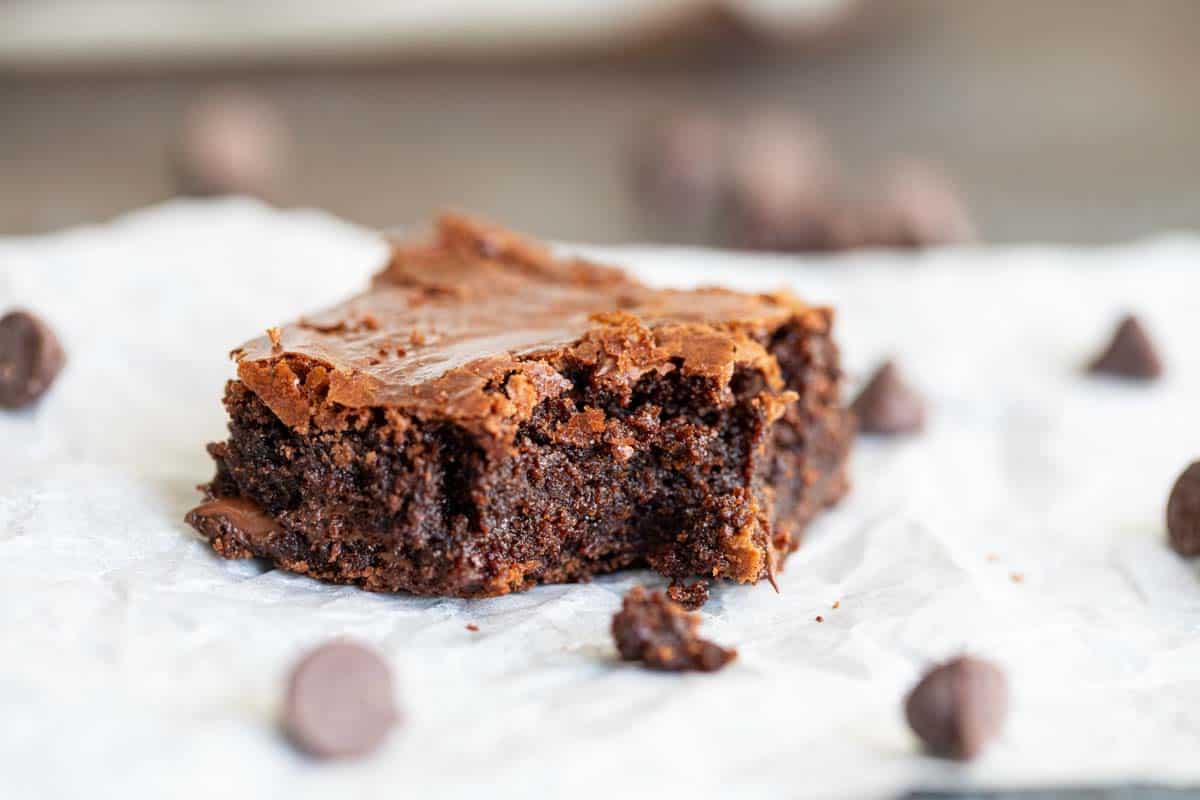 Better than boxed and almost just as easy, these Homemade Brownies are everything you want them to be – soft, moist, and full of chocolate flavor. It’s the only brownie recipe you’ll need! 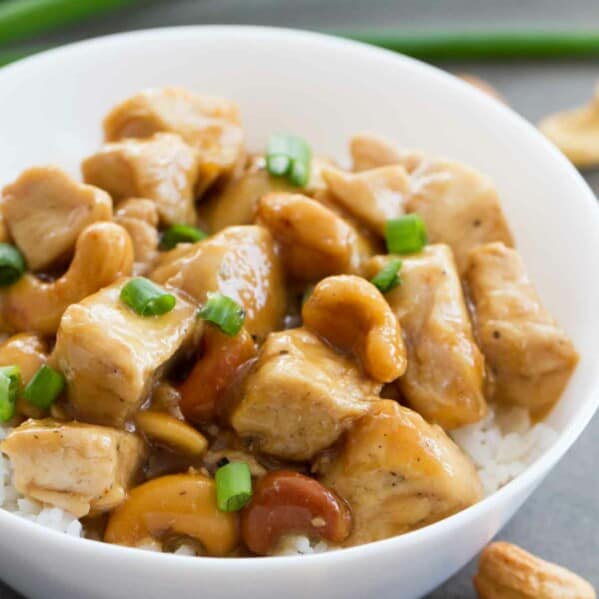 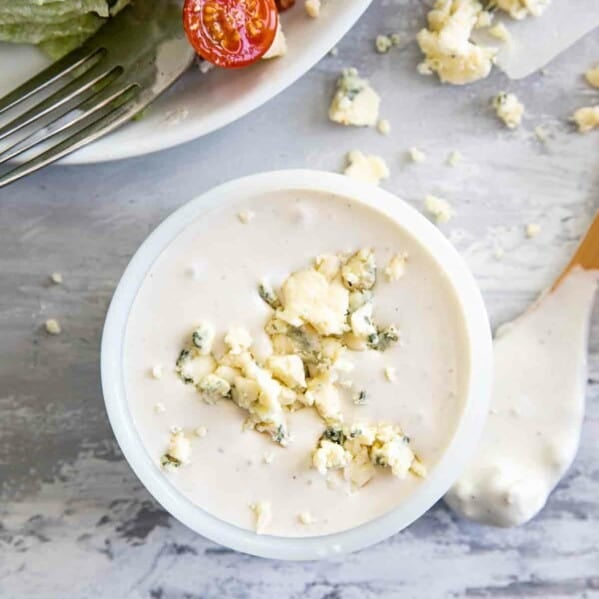