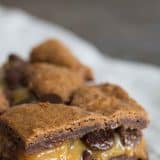 A simple classic, these Caramel Brownies are a gooey, delicious way to make brownies from a cake mix. They only take a few ingredients and everyone loves them! 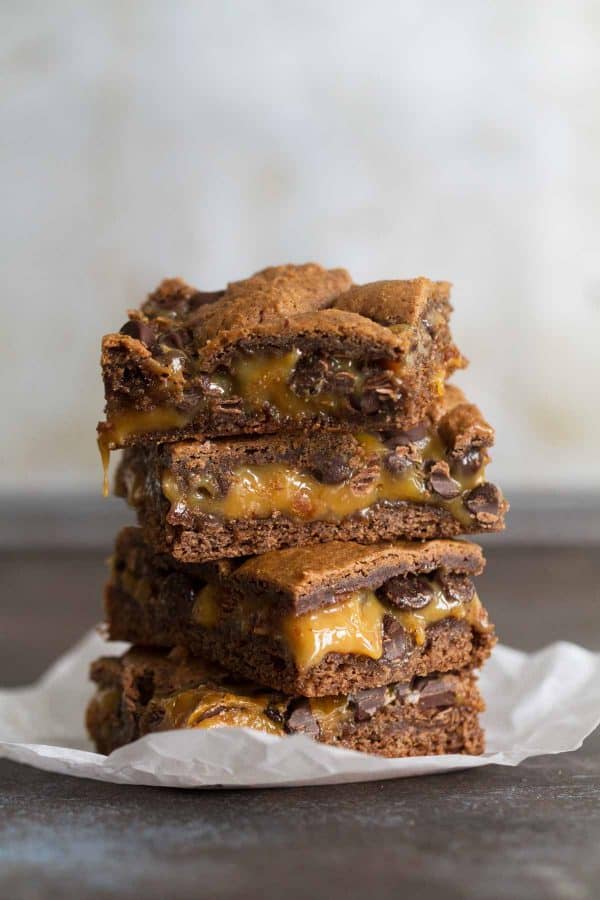 I am all about the classic, hand me down recipes. And I am guessing many of you have a similar recipe to these Caramel Brownies already in your recipe book. I remember my sister making these regularly quite a long time ago. But most of the time, these recipes are the best and the recipes that are made the most often!

This easy brownie recipe has actually been hiding in my archives from way back in January of 2010. But when I needed to bring dessert to a family dinner, I made these brownies as well as 2 others. And while I really did like all of them, these Caramel Brownies were definitely the first to fly off of the plate. So I think it’s fair to say that these brownies will always be a crowd pleaser! 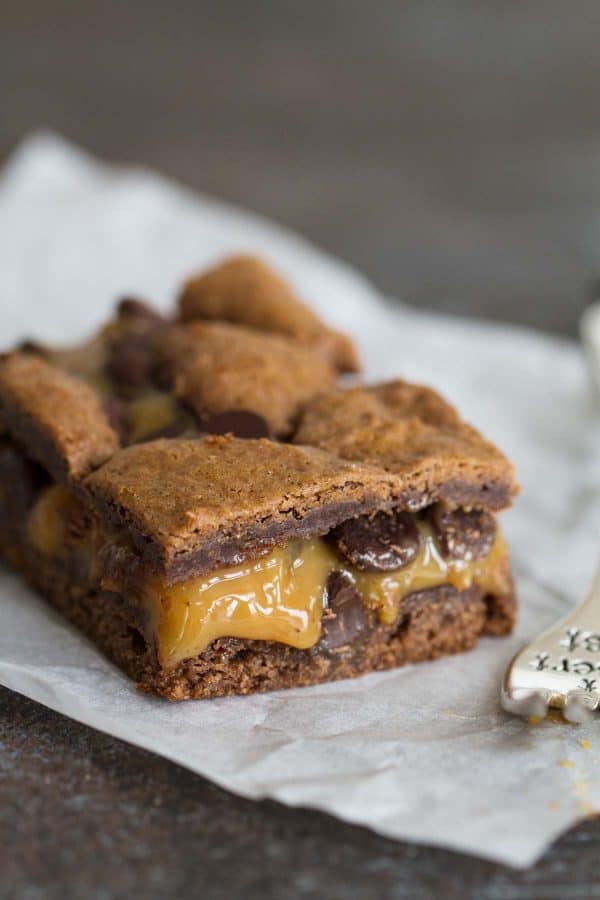 How to Make Brownies From a Cake Mix

If you didn’t already know, cake mixes are very versatile. They aren’t just for making cakes! In this case, a cake mix is used to make these brownies. Instead of adding the ingredients on the back of the box, you add only evaporated milk, eggs and melted butter. You don’t even need a mixer – you can easily mix this by hand!

How to Make Caramel Brownies

Making these Caramel Brownies is very easy. Start by making the brownie layer, which is made from a cake mix as described above. Layer 2/3 of the batter in a baking dish, then bake for 8 minutes.

For the caramel layer, you simply melt caramels with evaporated milk until smooth. That gets poured over partially baked brownie layer, then the remaining batter gets dropped on top. You won’t be able to spread this out, so just drop it in large teaspoonfuls.

I think these are best stored in the refrigerator, as the caramel may melt out otherwise. Plus, it’s my guilty pleasure to sneak cold bites of caramel brownies! 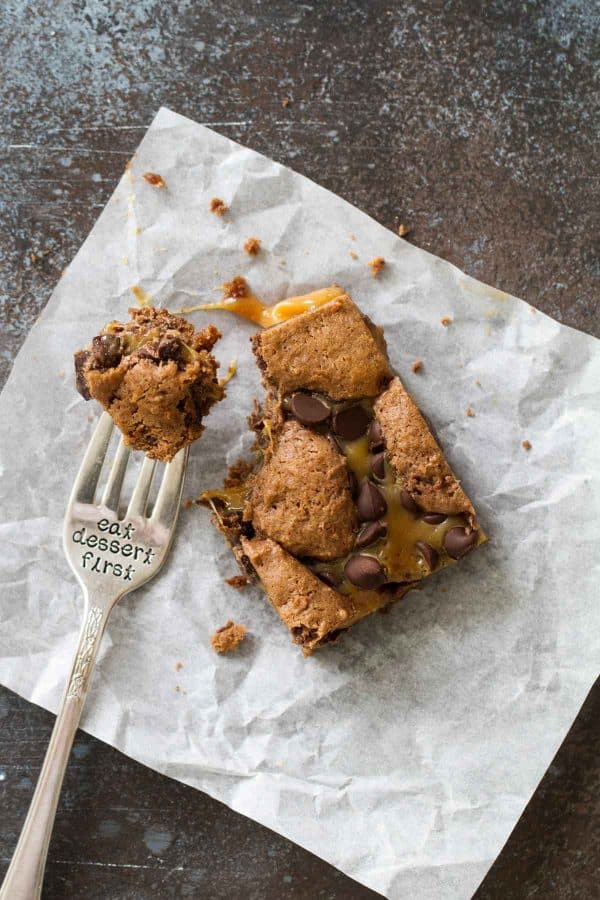 You need a good baking dish for these brownies – I like using a cake pan because the sides and corners are straight.
These are the caramels that I used for this recipe.

A simple classic, these Caramel Brownies are a gooey, delicious way to make brownies from a cake mix. They only take a few ingredients and everyone loves them!

*I know that cake mixes tend to change weights from time to time, but I have found that a basic 2 layer cake mix should work on these brownies, even if it’s not the exact weight. 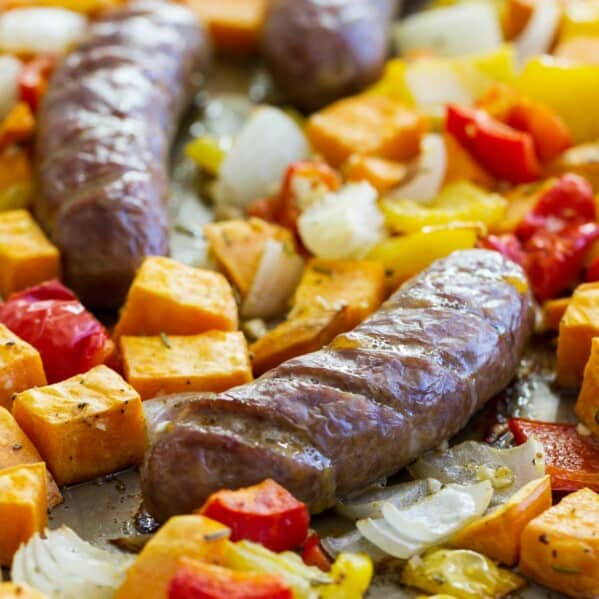 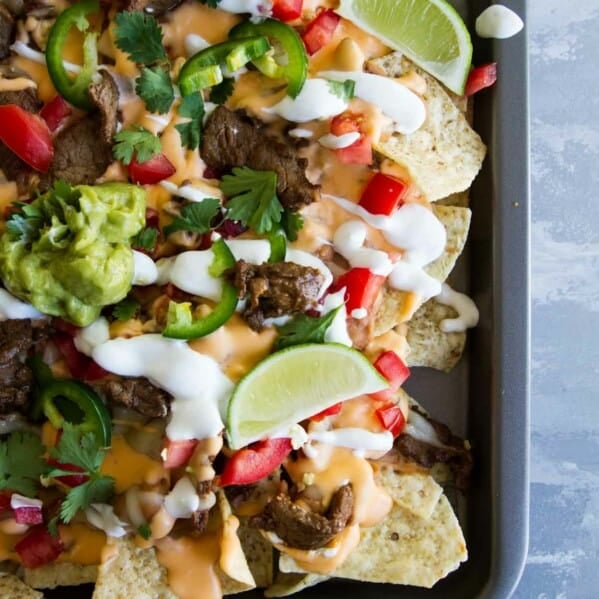