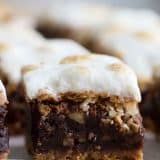 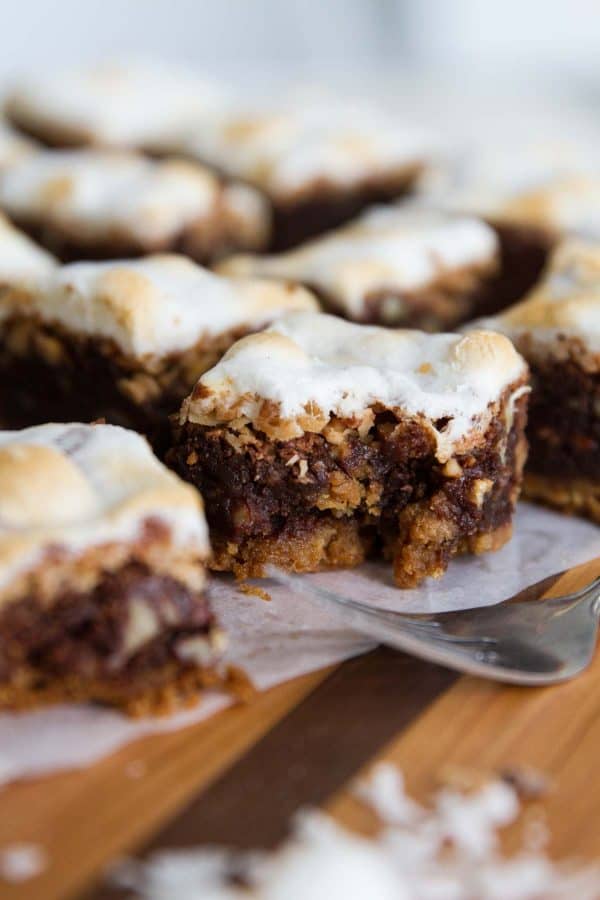 I come from a family of great cooks. Seriously – every single one of them is quite talented. So needless to say, when we get together, the food is amazing. We all end up eating too much and complaining at the end of the night that our bellies are too full.

So with all the great food around, you know a recipe is really good when you get a call the next day from one or more of your siblings wanting the recipe for something you made. That was the case with these Coconut Toffee Rocky Road Brownies. The first time I made them, I had not one, but two of my siblings who proclaimed that they couldn’t get enough of these and had to have the recipe.

These are kind of a “kitchen sink” brownie – a graham cracker crust is topped with a brownie base that is topped with toffee, coconut and marshmallows. And it is such a great combination of flavors. They are super rich, so one small brownie really is enough. But that doesn’t mean you won’t be going back to sneak another. 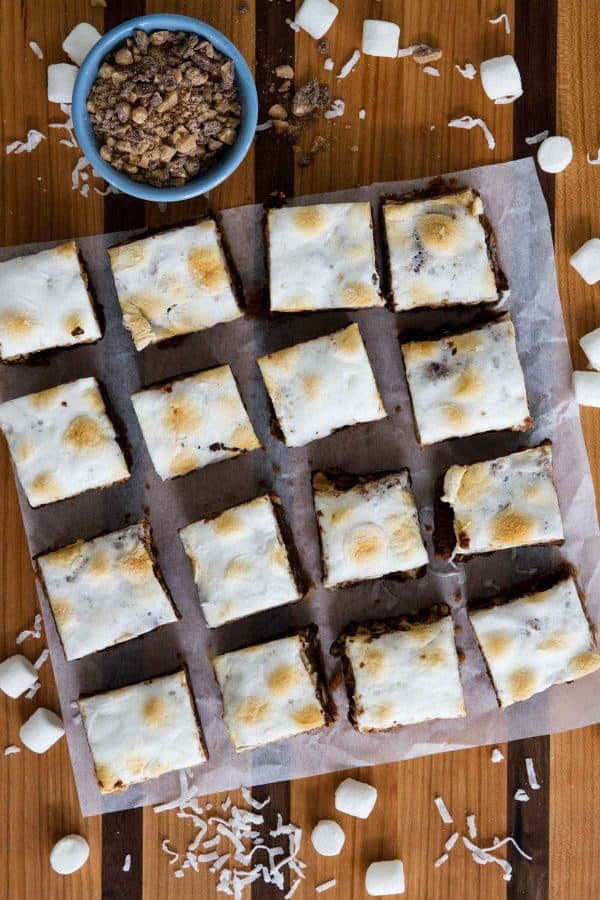 Like I mentioned before, these brownies have several different layers: 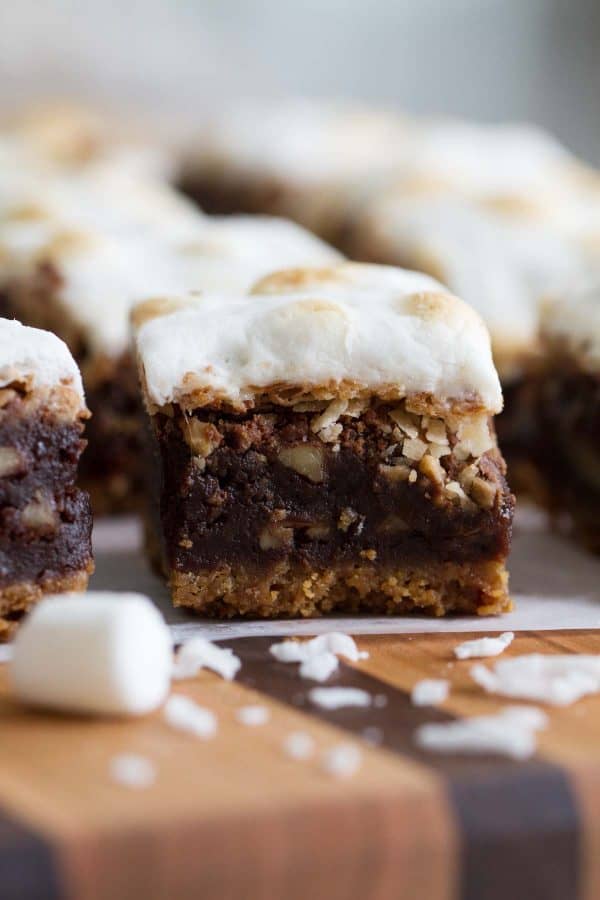 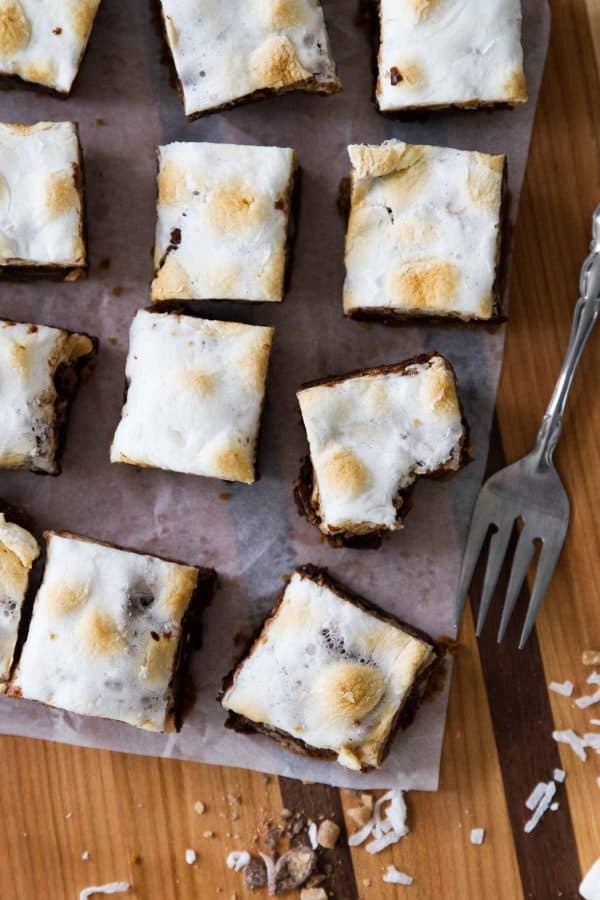 I just use a basic 8-inch Pyrex dish lined with parchment paper to bake the brownies.
These are the toffee pieces I use for the toffee layer. I will sometimes use the chocolate covered toffee pieces as well.
I used a simple serrated knife to cut the brownies – especially through the marshmallow layer. 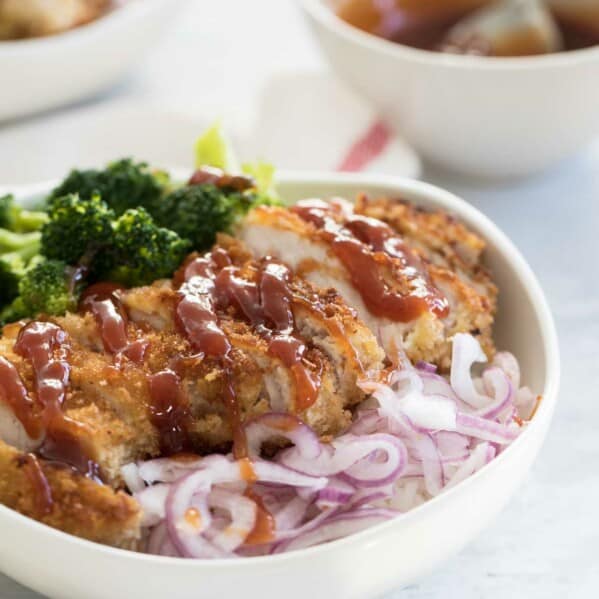 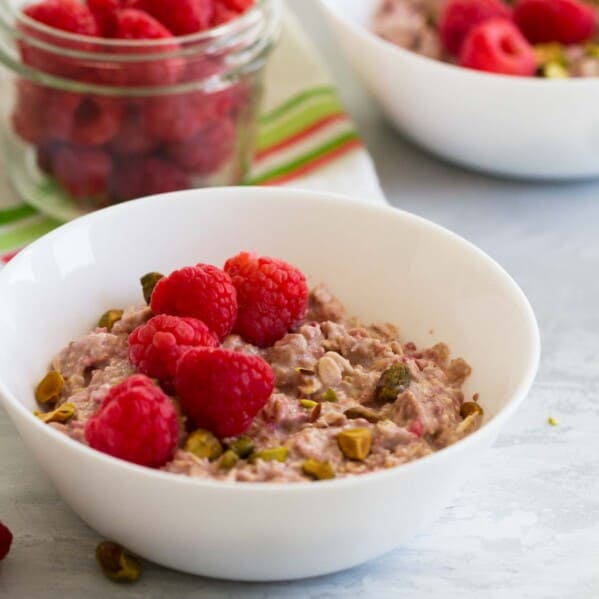