How to Make Cinnamon Rolls and Sticky Buns from the same recipe. 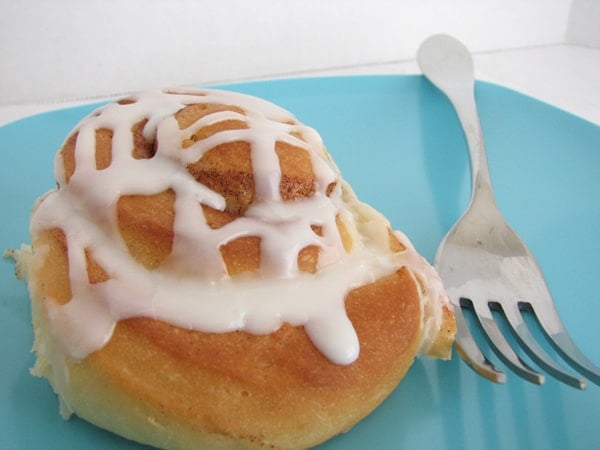 I can’t believe this is already my third month of being a Daring Baker – and what a fun ride it has been! I have made two treats, both that I had never attempted before – this month’s challenge was not as foreign to me, but it was still just as fun!!

I have mentioned before that I rarely make the same recipe twice. But cinnamon rolls are an exception. I was given a recipe from a friend years ago that makes excellent cinnamon rolls that always get lots of compliments. I haven’t made the recipe for about 2 years, as my husband always reminds me that I have not made them since at least before we got married. So when I saw that the challenge was cinnamon rolls and sticky buns, I was very happy, and quite relieved, especially after the disaster I had with last month’s challenge.

We were allowed to make cinnamon rolls or sticky buns (both come from the same base recipe) so I decided to make the full recipe and do some sticky buns and some cinnamon rolls. I’m not necessarily scared of yeast, but I do know that working with yeast requires a bit more practice than just throwing something together for dinner.

This dough was a dream to work with. It is so soft, just to feel it in your hands, you know that it is going to produce something great!! I made the dough and rolled it out – I am horrible with rolling things out! I can never get it to roll into the exact shape I want, so of course when I went to roll the dough, the ends end up a bit mis-shapen, but they still taste good!!

We were allowed to use what spices we wanted, but I just used a cinnamon-sugar mixture that I keep in my cupboard for snickerdoodles, toast, etc. I’m not exactly sure on what the ratios of cinnamon to sugar that are in my mixture, but it worked!

After rolling the rolls, I cut them into individual rolls. I made the caramel mixture for the sticky buns and put it in the bottom of a round cake pan. I put 7 of the rolls in the pan to make sticky buns, and put the rest of the rolls on a parchment covered baking sheet to turn into regular cinnamon rolls. After the second rise, I was a little worried because they rose so much and the sticky buns seemed a bit cramped in their little pan. But into the oven they went. About half way through the baking time, I smelled something that did not smell good. I ran to the oven, only to see that the caramel was dripping out of the sticky buns into a nice mess on the bottom of my oven. Uh oh – I probably cut the rolls too big, therefore there was not enough room for them in the pan, causing the caramel to be pushed out of the pan. I put another pan in the oven to catch the falling caramel, prayed for the best, and continued baking.

Both the cinnamon rolls and sticky buns were beautiful coming out of the oven. When I flipped the sticky buns out of their pan, there wasn’t much caramel left – which I was a little disappointed about, but it was expected after what I saw come out of the pan in the oven. I made a half recipe of the icing for the cinnamon rolls. I asked my husband what flavor of extract he wanted in the icing (we could choose lemon or orange) and he chose orange. I think this was the perfect choice, as I loved the taste of the frosting. It was quite sweet, so just a little goes a long way. (I still really love the fluffy icing that they have on the cinnamon rolls at Cinnabon – if anyone has a good copy-cat recipe for that, I would love to hear it!!)

Of the two, I think I would have to say that I like the cinnamon rolls the best, although it’s probably just because I lost most of the “sticky” for my sticky buns. The recipe makes quite a bit, so after I saved a sticky bun and cinnamon roll each for my husband and I, I took the rest to work. They were gone within 5 minutes of my putting them on the table – which I think is a record!! This is a great recipe to work with. I am thinking that I need to make my old recipe again soon and compare the two – a cinnamon roll face off!!

Step 1 – Making the Dough: Cream together the sugar, salt, and shortening or butter on medium-high speed in an electric mixer with a paddle attachment (or use a large metal spoon and mixing bowl and do it by hand).

Note: if you are using powdered milk, cream the milk with the sugar, and add the water with the flour and yeast.


Whip in the egg and lemon extract/zest until smooth. Then add the flour, yeast, and milk. Mix on low speed (or stir by hand) until the dough forms a ball. Switch to the dough hook and increase the speed to medium, mixing for approximately 10 minutes (or knead by hand for 12 to 15 minutes), or until the dough is silky and supple, tacky but not sticky. You may have to add a little flour or water while mixing to achieve this texture. Lightly oil a large bowl and transfer the dough to the bowl, rolling it around to coat it with oil. Cover the bowl with plastic wrap.

Step 2 – Fermentation: Ferment at room temperature for approximately 2 hours, or until the dough doubles in size.

Step 3 – Form the Buns: Mist the counter with spray oil and transfer the dough to the counter.


To shape the buns: (A) Roll out the dough with a rolling pin, lightly dusting the top with flour to keep it from sticking to the pin. Roll it into a rectangle about 2/3 inch thick and 14 inches wide by 12 inches long for larger buns, or 18 inches wide by 9 inches long for smaller buns. Don´t roll out the dough too thin, or the finished buns will be tough and chewy rather than soft and plump. (B)Sprinkle the cinnamon sugar over the surface of the dough and (C) roll the dough up into a cigar-shaped log, creating a cinnamon-sugar spiral as you roll. With the seam side down, cut the dough into 8 to 12 pieces each about 1 3/4 inches thick for larger buns, or 12 to 16 pieces each 1 1/4 inch thick for smaller buns.)

Step 4 – Prepare the Buns for Proofing:


Step 5 – Proof the Buns: Proof at room temperature for 75 to 90 minutes, or until the pieces have grown into one another and have nearly doubled in size. You may also retard the shaped buns in the refrigerator for up to 2 days, pulling the pans out of the refrigerator 3 to 4 hours before baking to allow the dough to proof.

Toppings for the Buns:

Cinnamon buns are usually topped with a thick white glaze called fondant. There are many ways to make fondant glaze, but here is a delicious and simple version, enlivened by the addition of citrus flavor, either lemon or orange. You can also substitute vanilla extract or rum extract, or simply make the glaze without any flavorings.

Sift 4 cups of powdered sugar into a bowl. Add 1 teaspoon of lemon or orange extract and 6 tablespoons to 1/2 cup of warm milk, briskly whisking until all the sugar is dissolved. Add the milk slowly and only as much as is needed to make a thick, smooth paste.

When the buns have cooled but are still warm, streak the glaze over them by dipping the tines of a fork or a whisk into the glaze and waving the fork or whisk over the tops. Or, form the streaks by dipping your fingers in the glaze and letting it drip off as you wave them over the tops of the buns. (Remember to wear latex gloves.)

Caramel glaze is essentially some combination of sugar and fat, cooked until it caramelizes. The trick is catching it just when the sugar melts and lightly caramelizes to a golden amber. Then it will cool to a soft, creamy caramel. If you wait too long and the glaze turns dark brown, it will cool to a hard, crack-your-teeth consistency. Most sticky bun glazes contain other ingredients to influence flavor and texture, such as corn syrup to keep the sugar from crystallizing and flavor extracts or oils, such as vanilla or lemon. This version makes the best sticky bun glaze of any I´ve tried. It was developed by my wife, Susan, for Brother Juniper´s Cafe in Forestville, California.
NOTE: you can substitute the corn syrup for any neutral flavor syrup, like cane syrup or gold syrup. 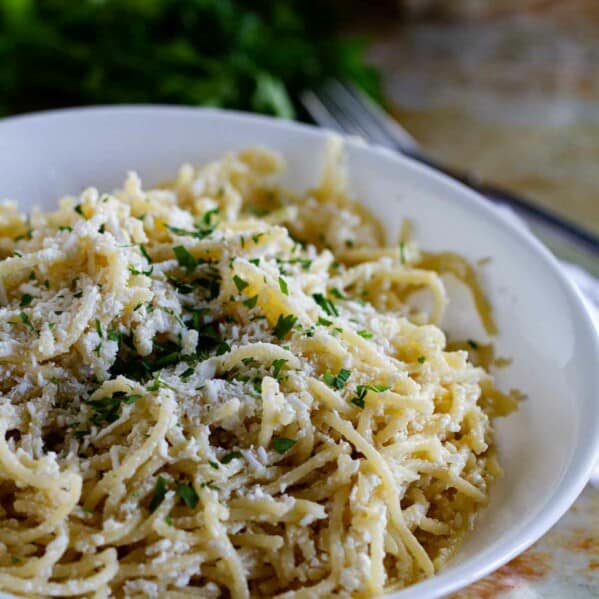 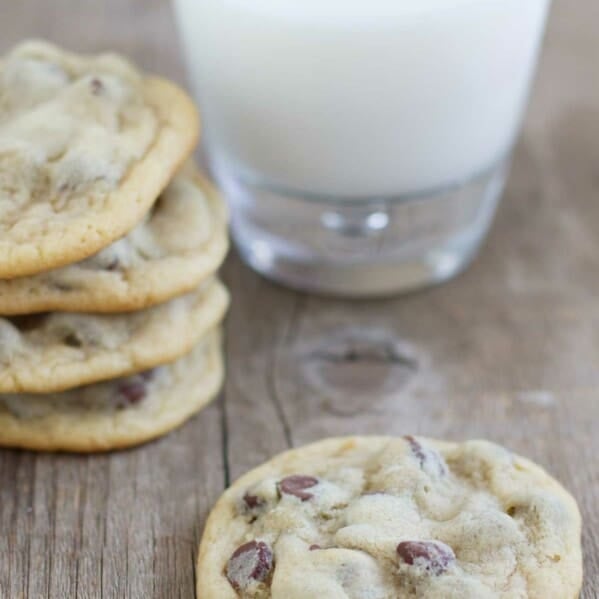