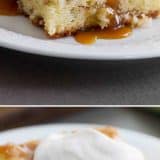 Simple and classic – this tender Apple Cinnamon Cake has a cinnamon sugar ribbon running through it. The cinnamon whipped cream and caramel topping turn this into a special dessert. 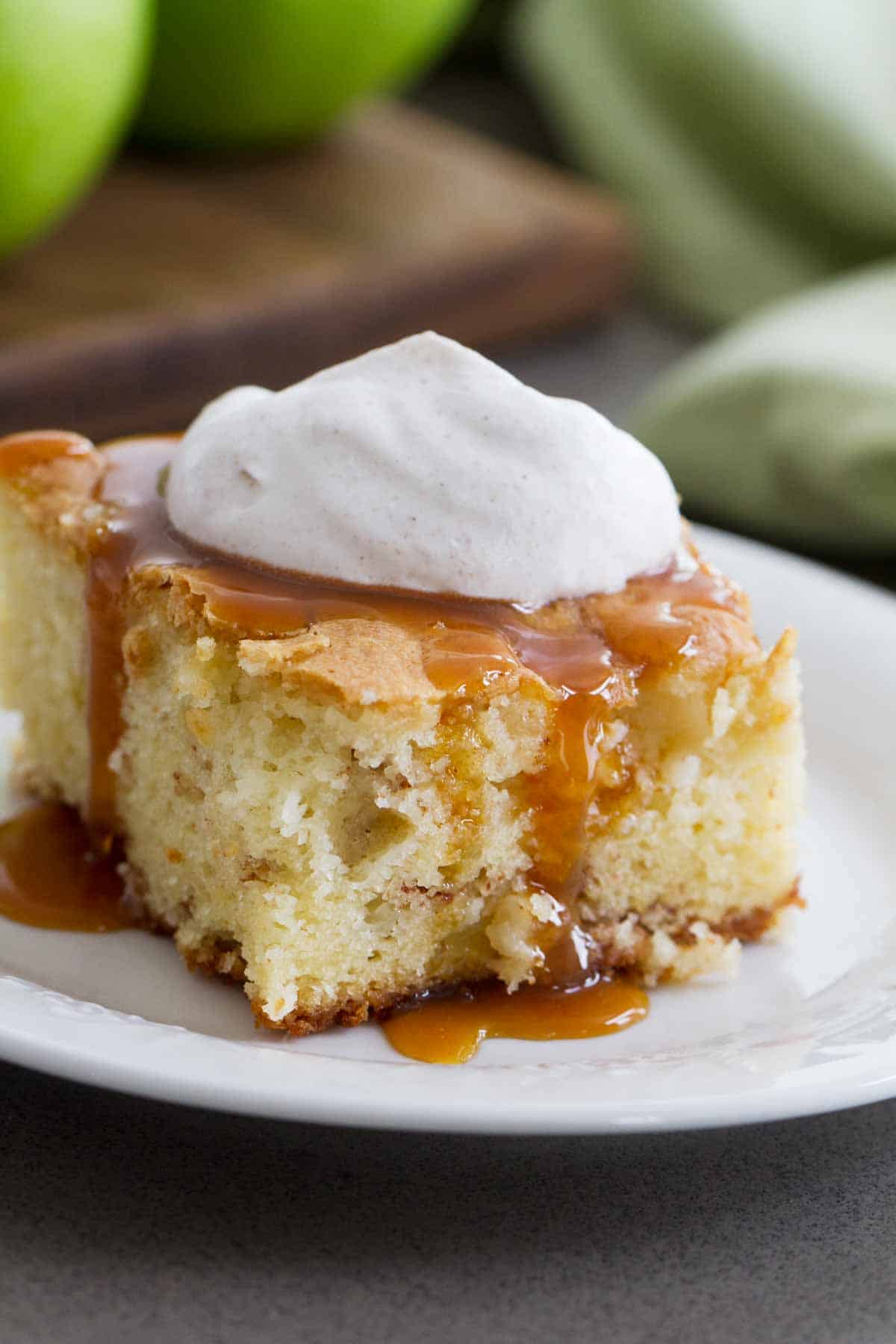 Hooray for fall! I do love summer, and I’m sad to see it go, but there is something about the cooling weather and the changing leaves that gets me every year. I spent last week in Florida at Disney World (more on that to come) and it was a million degrees with a million percent humidity. That may be exaggerating a bit, but it was hot. And muggy.

So when I came home to cooler temperatures and even snow in the mountains, I couldn’t help but be excited. I’m not quite ready for that snow yet, but I immediately lit a fall candle and put on a sweatshirt and reveled in the cooler temps. 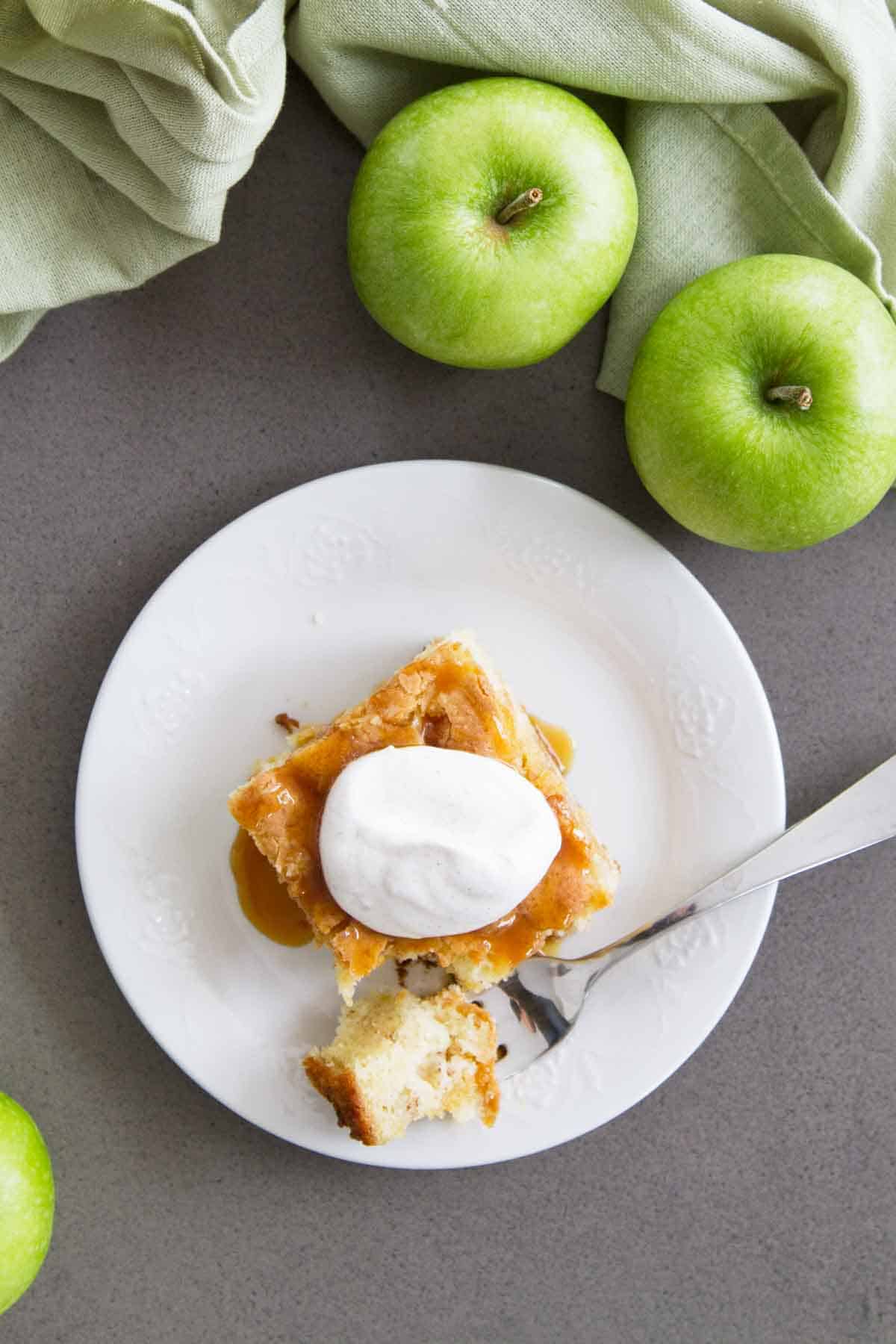 I know that once fall hits (or even weeks before these days) pumpkin makes a huge comeback. I’m ok with that, because I really do love pumpkin. But I often feel like apples get the short end of the stick. They are just as much a part of fall as pumpkin, but they don’t ever really get to stand in the spotlight.

But today, apple is the center of that well deserved spotlight. 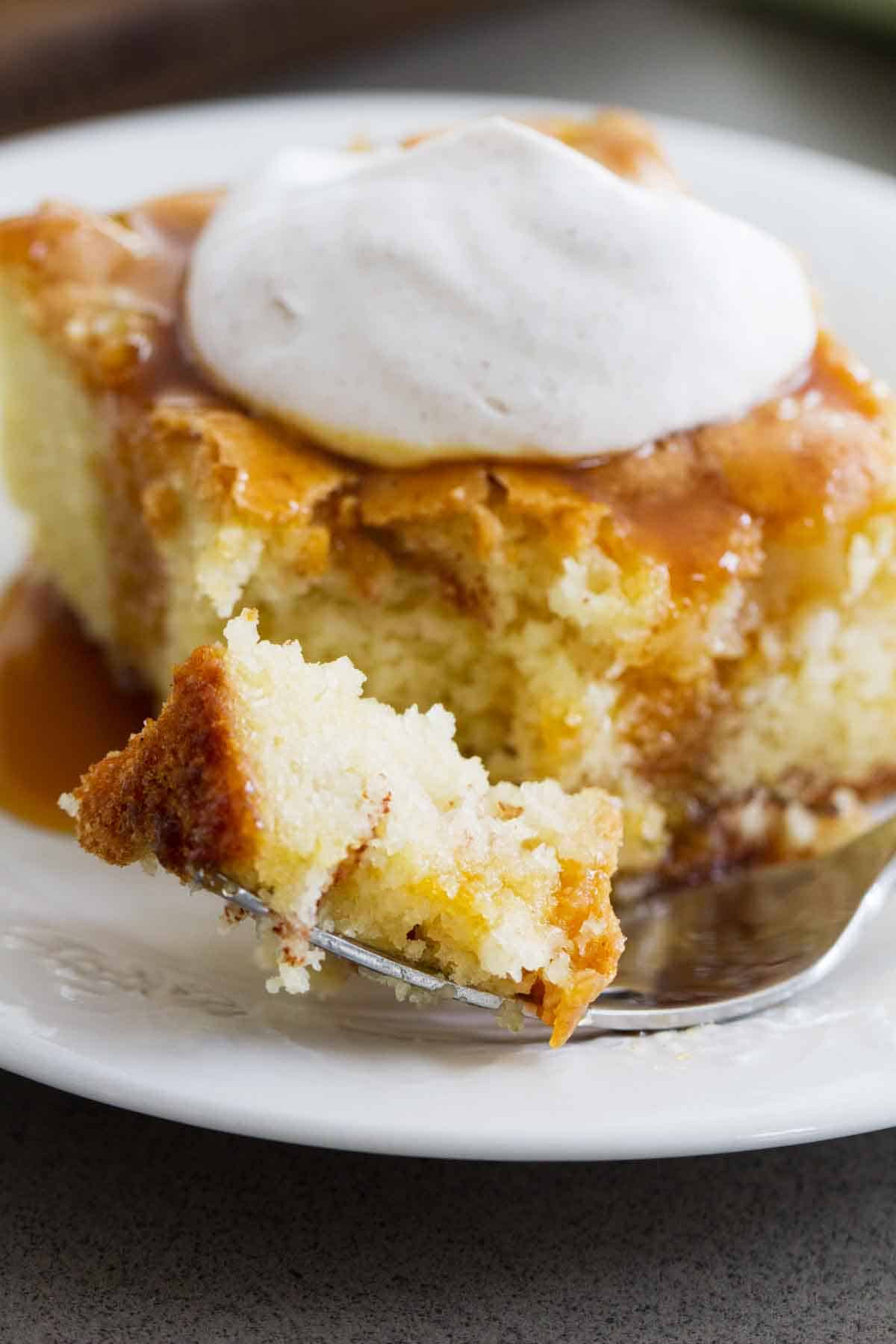 This Apple Cinnamon Cake with Cinnamon Whipped Cream isn’t anything fancy. I actually think that is where this cake gets its charm. Simple and a bit homely – but then taken up a level or two with a good drizzling of caramel sauce and a big dollop of cinnamon whipped cream. Yes, yes and yes. The cake is from scratch, but it’s practically as easy as a box mix. Just a few ingredients (that you probably already have at home) and you have an irresistible Apple Cinnamon Cake on your counter for dessert.

This cake on its own is quite delicious, but I definitely recommend adding that extra caramel sauce and whipped cream. They are what really takes this Apple Cinnamon Cake from good to great.

Now I just need to go apple picking so I can make this cake again!

See how to make this Apple Cinnamon Cake here 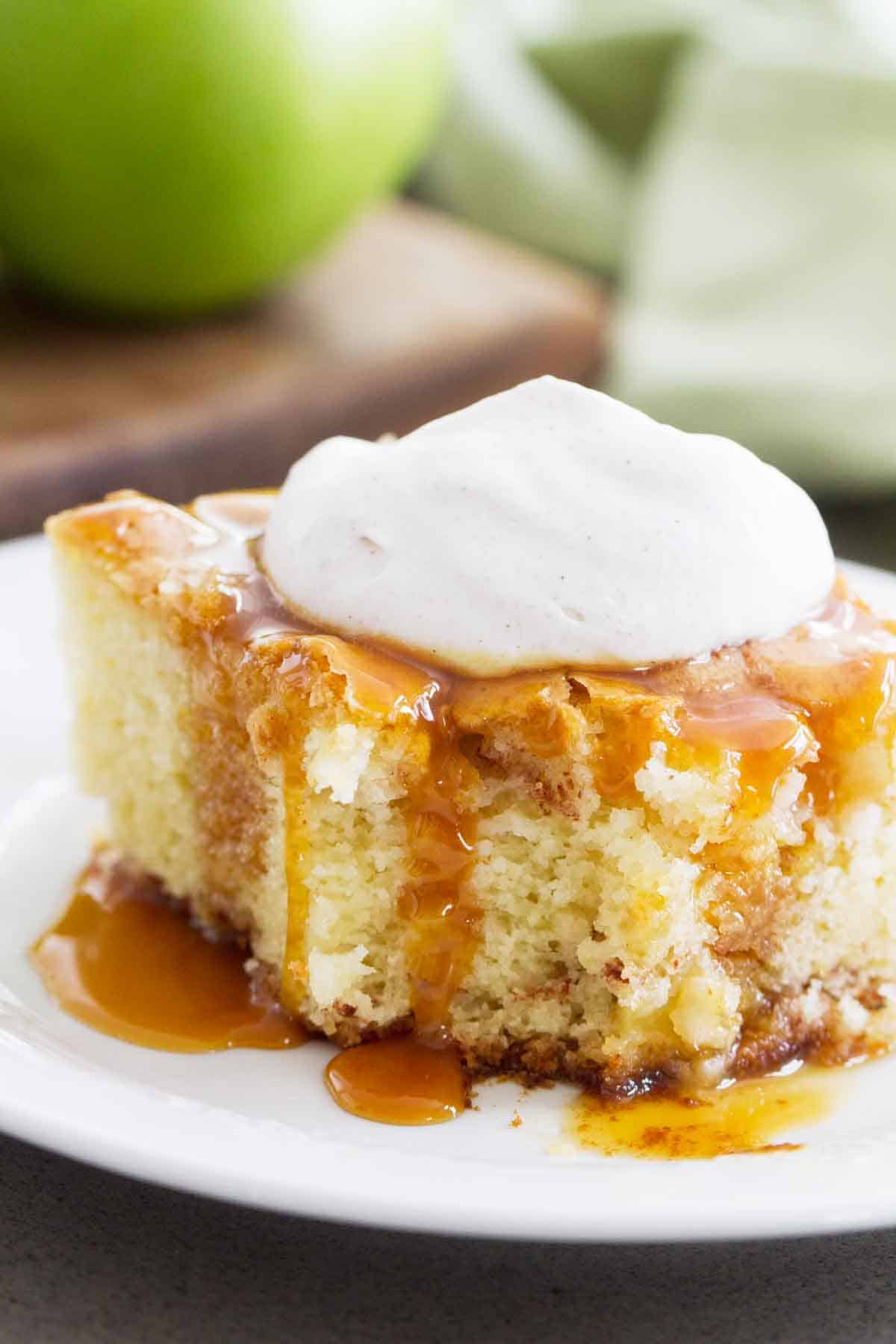 Simple and classic – this tender Apple Cinnamon Cake has a cinnamon sugar ribbon running through it. The cinnamon whipped cream and caramel topping turn this into a special dessert.

In a small bowl, mix together the remaining 1/4 cup sugar and the 2 teaspoons of ground cinnamon.

Spread half of the batter into the prepared pan.  Sprinkle the cinnamon sugar mixture over the batter, then add the remaining batter in dollops, carefully covering the top of the cake.

Bake the cake until a tester inserted in the center comes out clean, about 60 minutes. If the cake starts to get too dark, cover with foil.  Cool the cake completely.

To make the whipped cream, place the heavy whipping cream in a bowl and beat until soft peaks form.  Slowly start to add the powdered sugar, then the cinnamon. Continue to beat until stiff peaks form.

To serve, place a slice of the cooled cake on a plate and top with a dollop of the whipped cream. Drizzle with the caramel sauce. 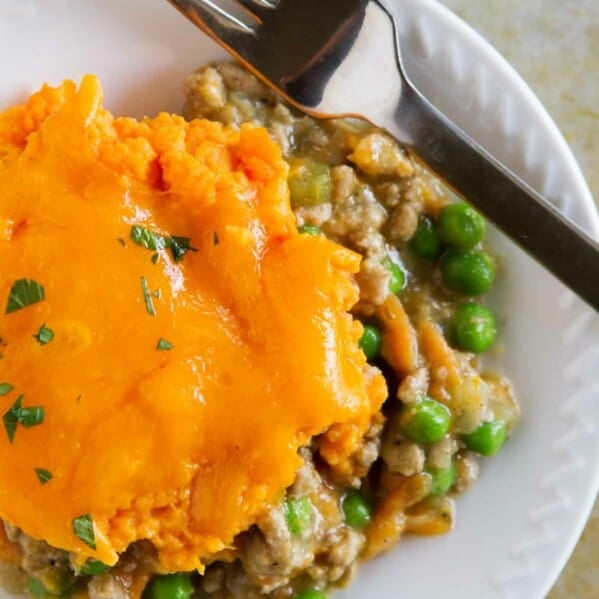