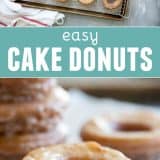 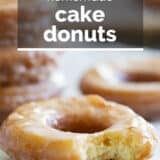 Fast and easy – this Cake Donut Recipe is made from pantry staples and is a great way to have homemade donuts in no time at all.

Donuts are my love language. Really – they are the first thing I seek out when I’m out of town, and they are my favorite Saturday morning splurge.

So of course, I had to hit up the local donut show when it was happening here in my home state. (You can read all about it – and watch the video! – if you are interested!)

This Easy Cake Donut is inspired by that Saturday morning of donut indulgence. I wanted to make a donut at home that could be made quickly, that was easy, and that was delicious. I think I nailed all three with this recipe!

What is a Cake Donut?

There are many different kinds of donuts, but it always seems to me that there are two main types – cake donuts and yeast donuts. The difference is in the leavening.

I could never choose which donut I like the best – because I love them both!

Oil: This is for frying the donuts, so you’ll want something neutral. I like to use vegetable oil, but canola oil or peanut oil will work, as well. Just make sure it is fresh oil – don’t fry the donuts in oil that you have fried something else in as the flavors will transfer.

Sugar: The dough will be slightly sweetened by the sugar. You’ll want to use regular granulated sugar for this recipe.

Vegetable Shortening: The shortening will give the donuts a really great texture. You could use butter instead, but I think vegetable shortening is superior here for texture.

Vanilla: I don’t use a lot of vanilla in this recipe, but you could always add more for a more pronounced vanilla flavor.

Flour: I have only tested this recipe with all-purpose flour.

Baking Soda: This recipe is a little different from others in that it uses baking soda and has no baking powder. They end up a little more dense, like old fashioned donuts, instead of super light and fluffy. But between the baking soda, buttermilk, and egg, the donut will still have plenty of lift and will have a beautiful texture.

Salt: This is to balance the flavors.

Nutmeg: This is my secret ingredient! Just a hint of nutmeg in the background gives these donuts a special flavor.

Buttermilk: The buttermilk will help with the leaving, along with the egg and baking soda.

Donut Glaze: I like to make a simple glaze using butter, powdered sugar, milk, and extracts. My favorite are vanilla and almond extract. You can also make a simple chocolate glaze. Add sprinkles or cinnamon sugar or toasted coconut – you can get creative!

One reason I chose to make these donuts is because of how easy they are. You basically just need to mix everything together and then fry the dough! But here are a few tips to make it even easier.

Do you have to have a deep fryer to make these?
You don’t! I actually have a deep fryer, but find that my Dutch oven works easiest for me. You can even use a heavy skillet (like a cast iron skillet) and shallow fry them.

Can you use an air fryer?
This recipe is intended for frying, so I would suggest using a recipe that is written for an air fryer.

How long are these donuts good for? Can you make them ahead?
Donuts are best served the same day they are made. They will lose their crisp exterior quickly. You can store them several days and they will still taste good, but the texture will not be the same.

How do you store cake donuts?
You can store them in an airtight container, but I prefer something that will let them breathe just a little bit, like a paper bag or a donut box.

Fast and easy – this Cake Donut Recipe is made from pantry staples and is a great way to have homemade donuts in no time at all.

We have determined the nutritional value of oil for frying based on a retention value of 10% of oil after cooking. The exact amount may vary depending on cook time and temperature, ingredient density, and the specific type of oil used. 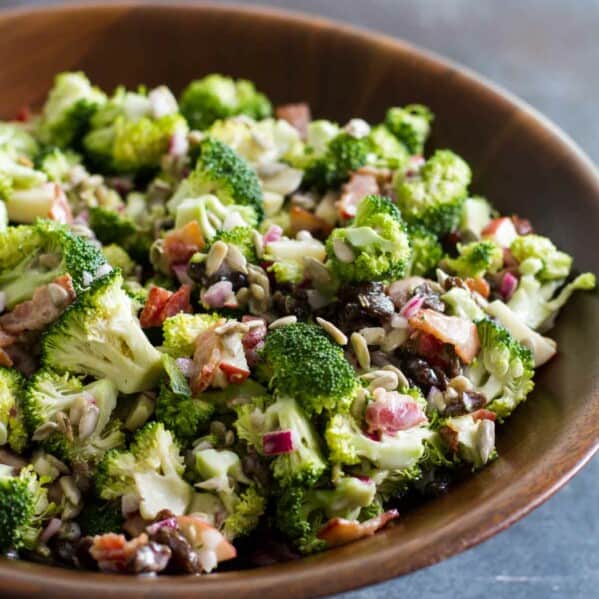 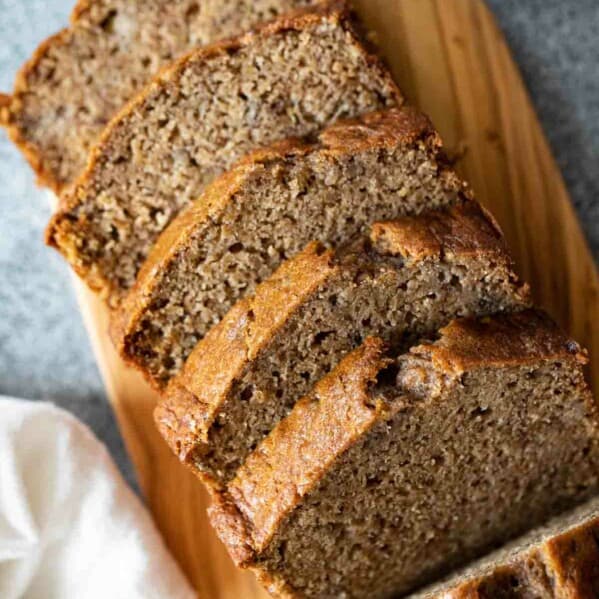