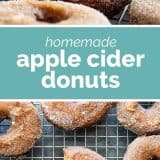 These Apple Cider Donuts scream fall! Donuts made with a homemade apple sauce are dipped in an apple cider glaze and cinnamon sugar for a treat that is a must-have for fall.

Donut lovers! If you love these Apple Cider Donuts, make sure to check out all of my other donut recipes! 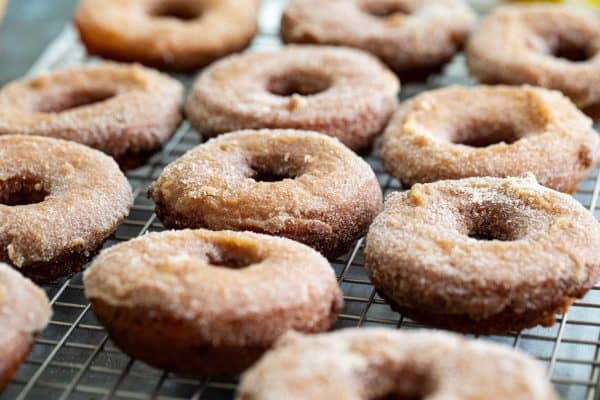 Now that it’s officially fall, I can freely break out the fall-themed recipes, right? I know pumpkin takes center stage many times – I get it, I love pumpkin, too – but I think that apple belongs right up there alongside all those pumpkin recipes.

But I’m feeling fall in the air and I’m ready to jump right in. So bring on all of the apple!

Before we talk apples and donuts and fall, though, can we talk cookbooks? Because I have another cookbook that I have been so excited to share with you all!!

I used to subscribe to multiple food magazines. But then my time started to vanish when I started having kids, and unfortunately, most of the magazines were one of the things that went by the wayside. But I always loved Food Network Magazine, and they still entice me every time at the checkout stand at the grocery store!

Because I do really love that magazine, I was super excited when I saw that the editors of the Food Network Magazine were compiling all of the best sweet recipes from the magazine into a cookbook. It didn’t take much to sell me on this one!

I love this book because it has a wide variety of recipes – both easy and some that are more complex. There is also a photo of each recipe, which is always a plus!

Plus – these donuts. The cookbook was worth it just for this Apple Cider Donut recipe. 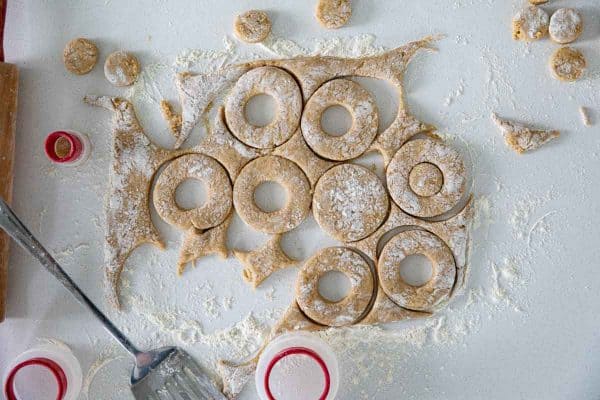 Yep, these really are that good. Tender and sweet with the perfect amount of apple cider flavor.

And don’t be intimidated by making your own donuts at home. This recipe doesn’t use yeast and although they are a little time consuming, I actually think they are quite easy!

Do you Need a Deep Fryer to Make Donuts?

No! While a deep fryer may make it easier to keep temperatures where you need them, it is definitely not required. In fact, I have a deep fryer, but still prefer to fry donuts in either a cast iron skillet or in a Dutch oven. Just make sure that the pot you are using to fry the donuts in is a heavy pot that will help to keep the temperature of the oil up. I think cast iron is best for this. 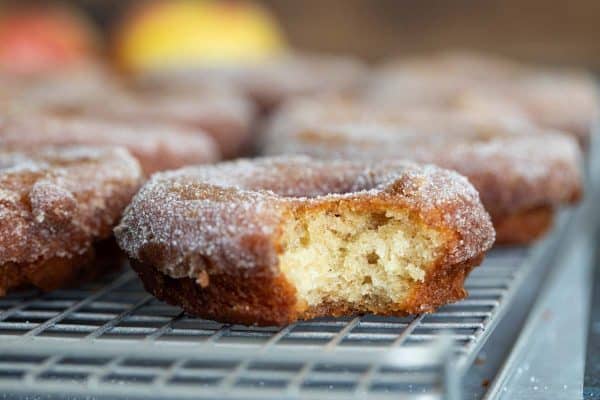 There are a few things to keep in mind when you are making this donut recipe: 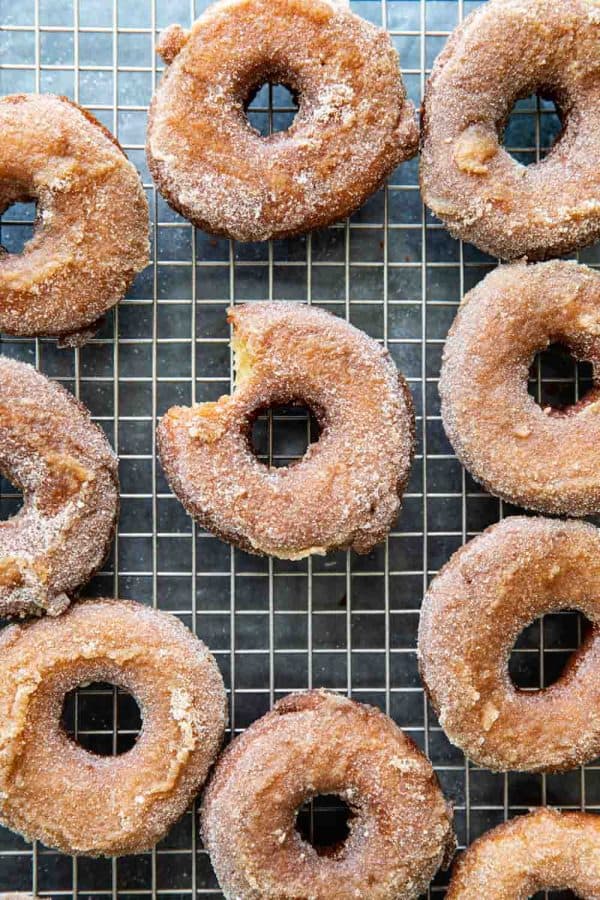 These Apple Cinnamon Muffins are perfect for a fall morning – with bits of apple throughout and a cinnamon crumb topping.
I need this Caramel Apple Crisp at least once every fall!
This Apple Cinnamon Cake is perfect on its own, but even better with caramel sauce and cinnamon whipped cream!
If I had to choose one pie to eat the rest of my life, it would be this Sour Cream Apple Pie.
These Apple Pancakes with Caramel Apple Syrup win for the best fall breakfast!

These Apple Cider Donuts scream fall! Donuts made with a homemade apple sauce are dipped in an apple cider glaze and cinnamon sugar for a treat that is a must-have for fall.

For the cinnamon sugar topping:

*The original recipe calls for Cortland or McIntosh apples. I usually use Gala because that is what we always have on hand.

We have determined the nutritional value of oil for frying based on a retention value of 10% of oil after cooking. The exact amount may vary depending on cook time and temperature, ingredient density, and the specific type of oil used. 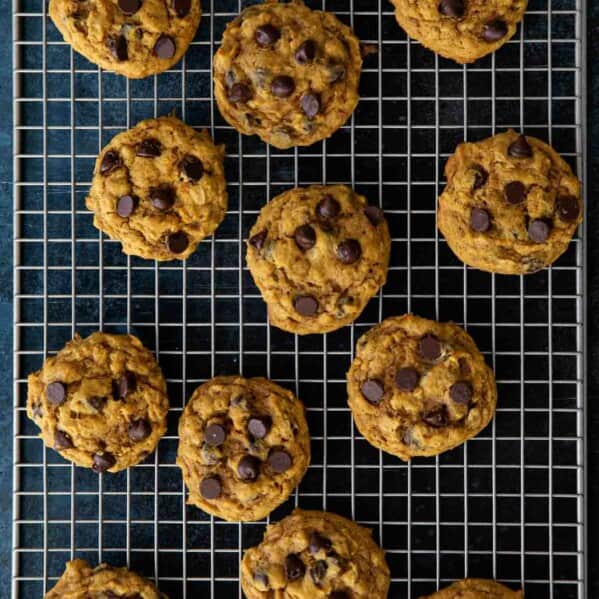 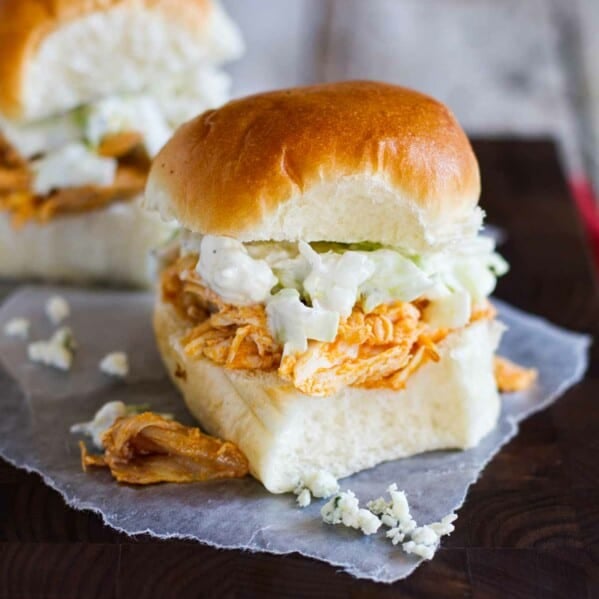