Sweet summer peaches fill this rustic pie baked in a cast iron skillet. This Cast Iron Peach Crostata Recipe will be on repeat during peach season!


I have to admit – this Year of Pie thing was pretty genius. I mean, having to make a pie every month this year? It’s a tough job, I know. But I’m pretty sure this is the easiest job I’ve had to do in awhile. 🙂

It’s already August, and I can’t believe I’m already at #8. I’m pretty sure I’m going to have to continue this next year, because there are still so many pies that need to be made, and only 4 more months to go.

I actually had another pie made for this month, but after running across this recipe, I knew I had to make it. If you know me, you know that peach season is pretty much the best season of the year. Especially here in Utah. (I’m a little biased and think that Utah peaches are the best!) The local peaches here aren’t even at their prime, but I needed to share this recipe asap so that you all have time to get this pie made. Because really, it’s all about the fresh peach recipes.

If you are intimidated by making a pie, this Cast Iron Peach Crostata Recipe is a great starting point. You don’t have to make it pretty – it’s all about that “rustic” look. I normally stick to my tried and true Basic Pie Crust, but I decided to use the crust recipe that was with this recipe, simply because I was intrigued by the brown sugar in the crust. It was super easy to work with and turned out flaky and beautiful.

The peach filling was pretty basic, except for one thing. Instead of mixing the filling and just baking it in the pie, you let the filling ingredients sit for 30 minutes. The peaches will macerate, and a syrupy liquid will form. You use a slotted spoon to put the peaches in the pie, and then that leftover liquid is cooked down and served over the pie. When I first saw this recipe, I actually thought about making a caramel sauce to serve over it, but I just had to try cooking down that liquid. It was so good. The crostata was actually pretty good just on its own, but that sauce added so much sweetness and flavor – I wouldn’t skip it!!

This Cast Iron Peach Crostata Recipe is the perfect way to celebrate August!

Sweet summer peaches fill this rustic pie baked in a cast iron skillet. This Cast Iron Peach Crostata Recipe will be on repeat during peach season! 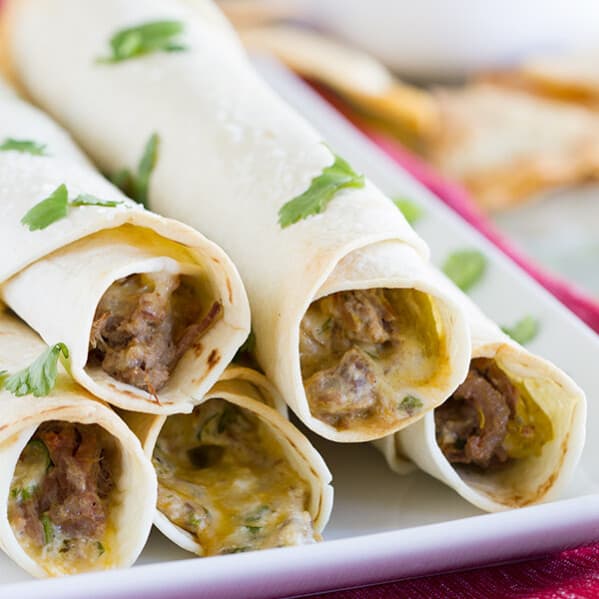 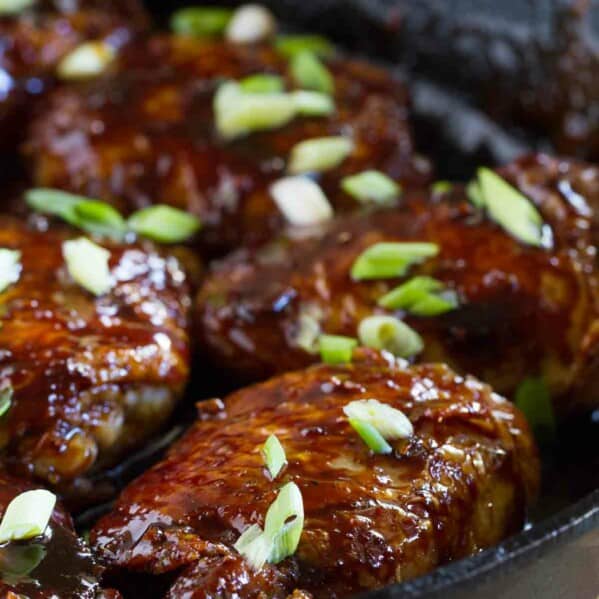