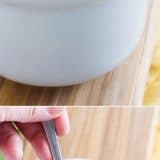 Creamy and hearty, this Bacon Cheeseburger Chowder adds the flavors of a bacon cheeseburger into a comforting bowl of thick chowder.

I have always been a believer in all things in moderation. I try to cook healthy, wholesome food most of the time. But I can never give up dessert. I don’t have it daily, but I do indulge every once in awhile. I also try to use healthy ingredients. But every now and again, you just have to have something that may fall into that not-so-good-for-you group.

I had been eyeing this Bacon Cheeseburger Chowder for some time until it found its way onto my weekly menu. Well, one of the ingredients is processed cheese – aka Velveeta. I had actually thought about trying to make my own (yes – you can make your own! I googled a few recipes that looked promising), but then I remembered I had some leftover from the Easy Cheesesteak Recipe that I had made. And really, there is no reason to go to a lot of extra trouble when you have an ingredient sitting right there. Let’s be honest, as well – I’m no food snob. So Velveeta, it was. 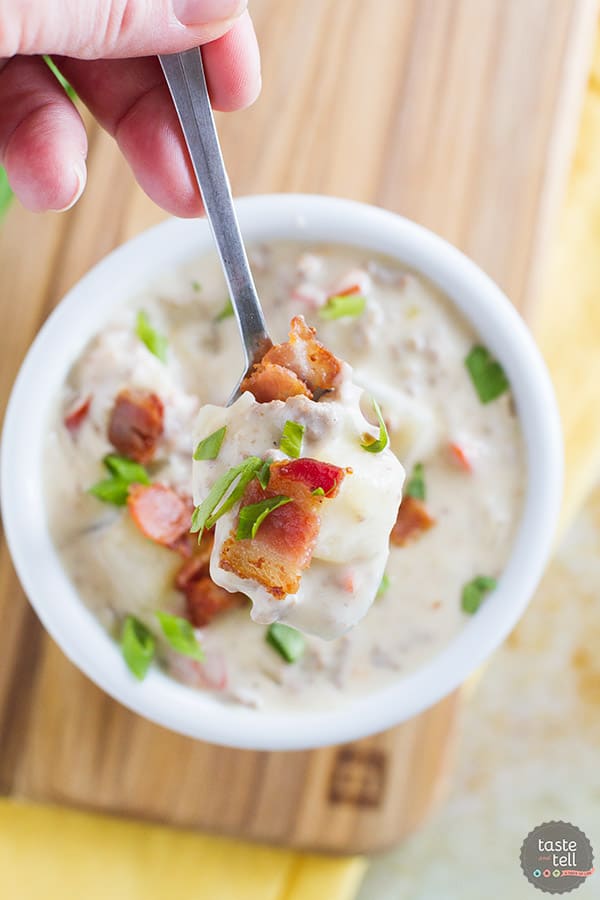 If you are looking for a big bowl of creamy, hearty, comforting, flavor-packed soup, this is it. When we sat down to dinner and my husband started eating, he asked it this Bacon Cheeseburger Chowder had Velveeta in it. I told him yes, and he commented that sometimes, there is just no substitute, and it definitely worked in this soup over regular cheese. We demolished this soup. My daughter, the soup lover, downed 2 full bowls. This was one of those few instances when we had no leftovers.

And since winter is not letting go of its grip here in Utah just yet, I think it’s a perfect time to make this Bacon Cheeseburger Chowder! 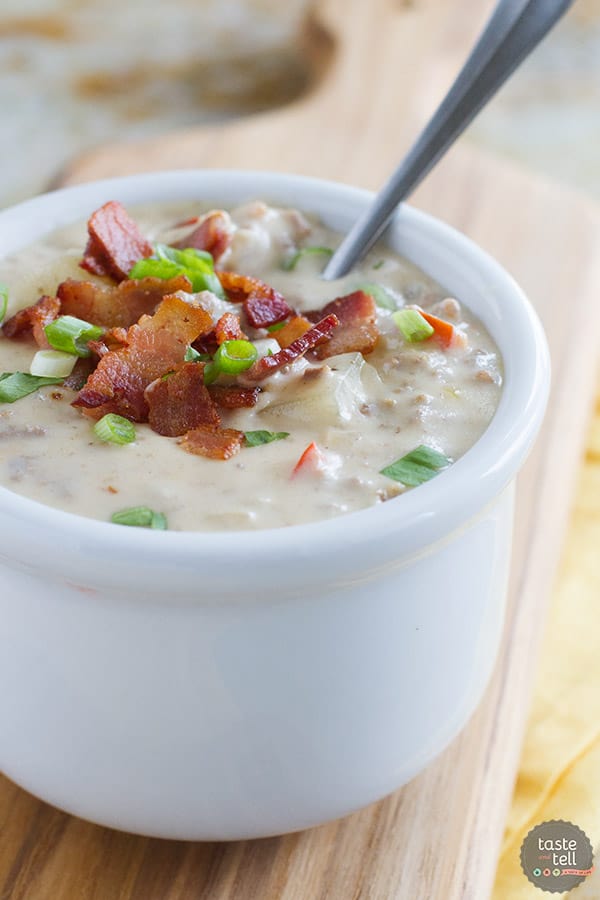 Creamy and hearty, this Bacon Cheeseburger Chowder adds the flavors of a bacon cheeseburger into a comforting bowl of thick chowder.

I used the white queso version of Velveeta because that is what I had on hand, so using the traditional version will give your soup some more color.

adapted from Taste of Home November 2014 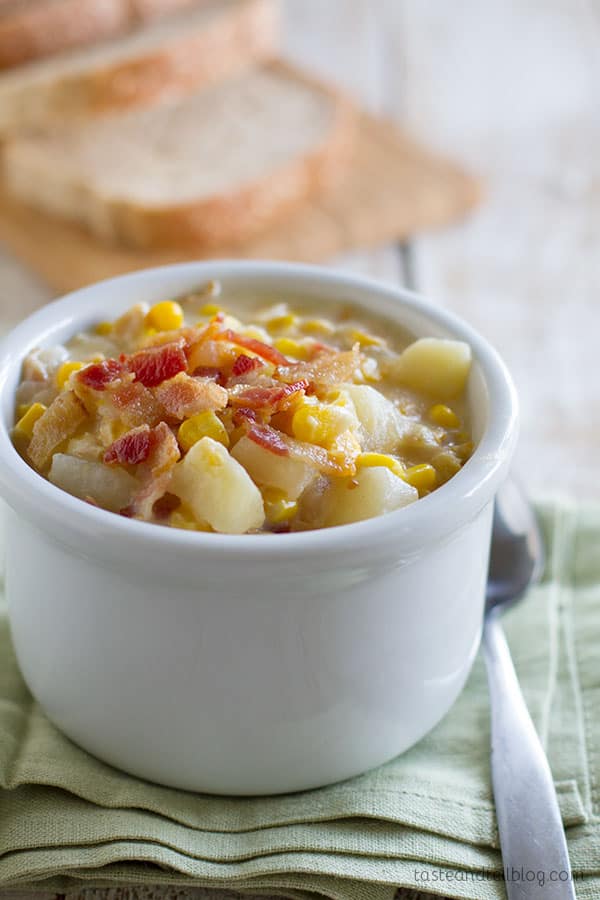 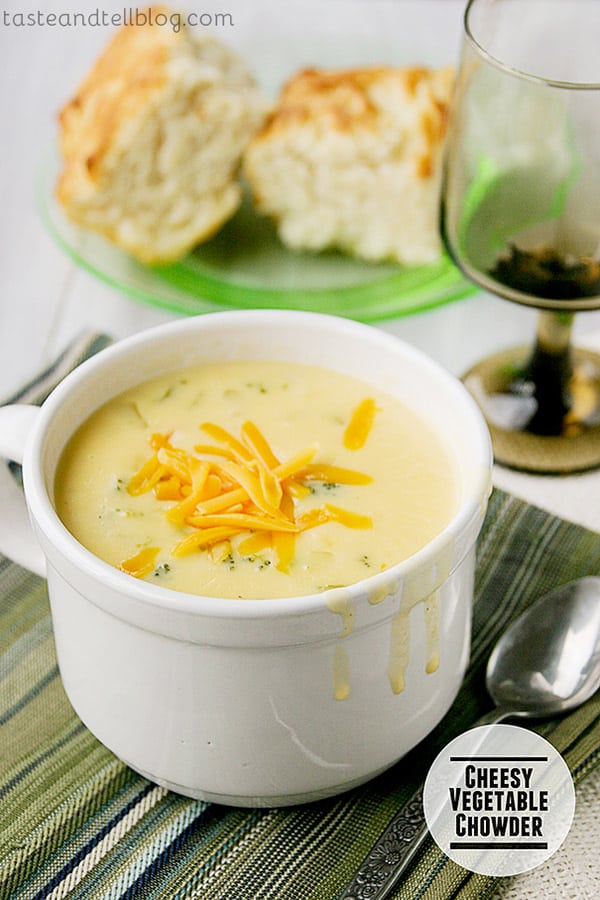 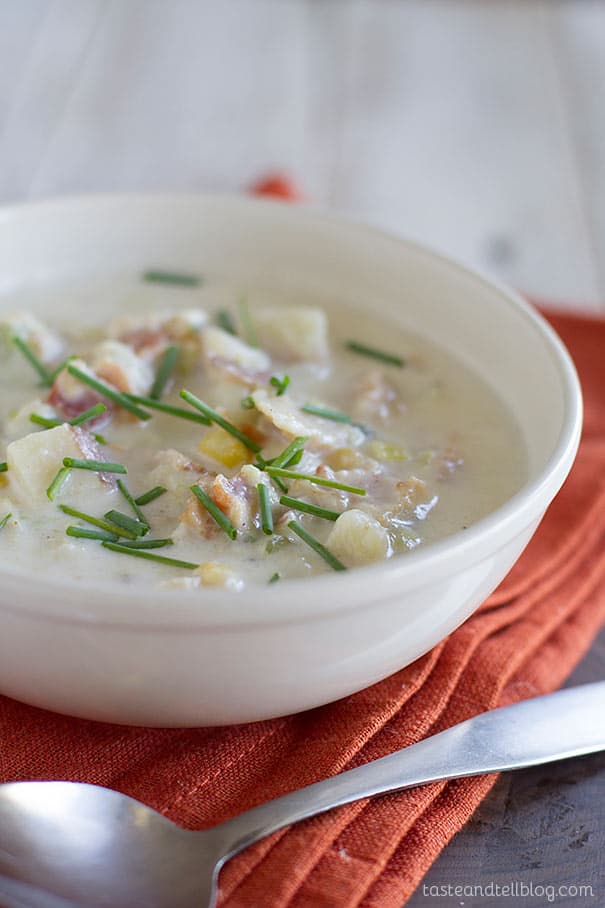 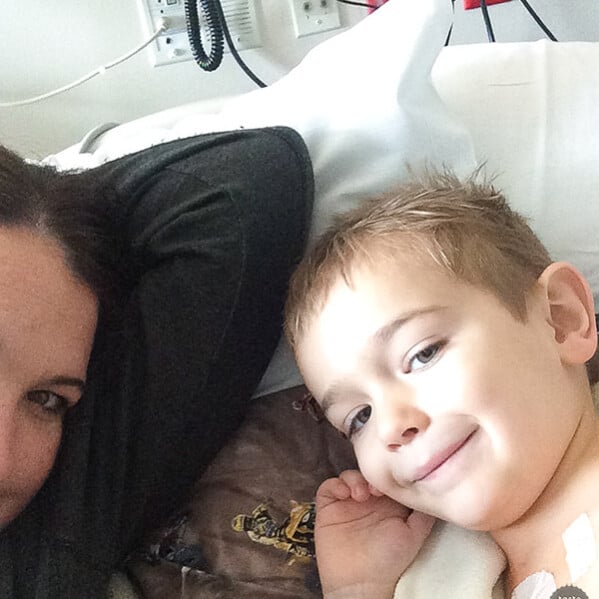 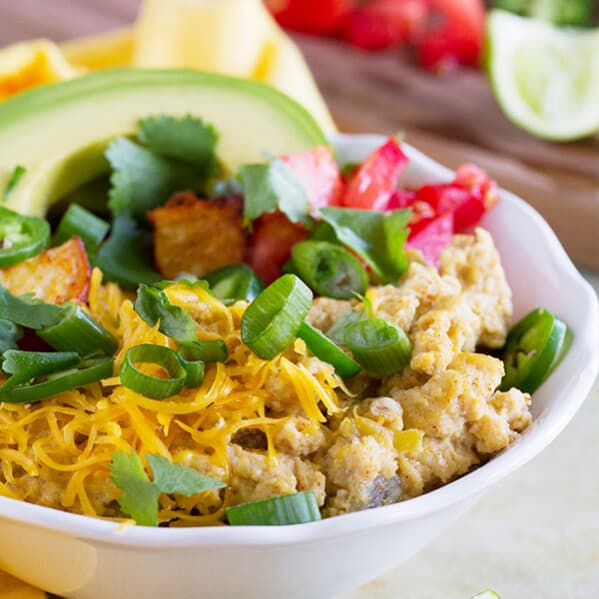