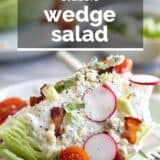 Cool and crisp and flavorful, it’s no wonder this Wedge Salad is such a popular salad! Traditionally served at steakhouses, this is so easy to serve at home.

I love this wedge salad as the side to a perfectly cooked steak, or even a grilled flank steak. In fact, it would be perfect alongside Roasted Chicken or fish as well! 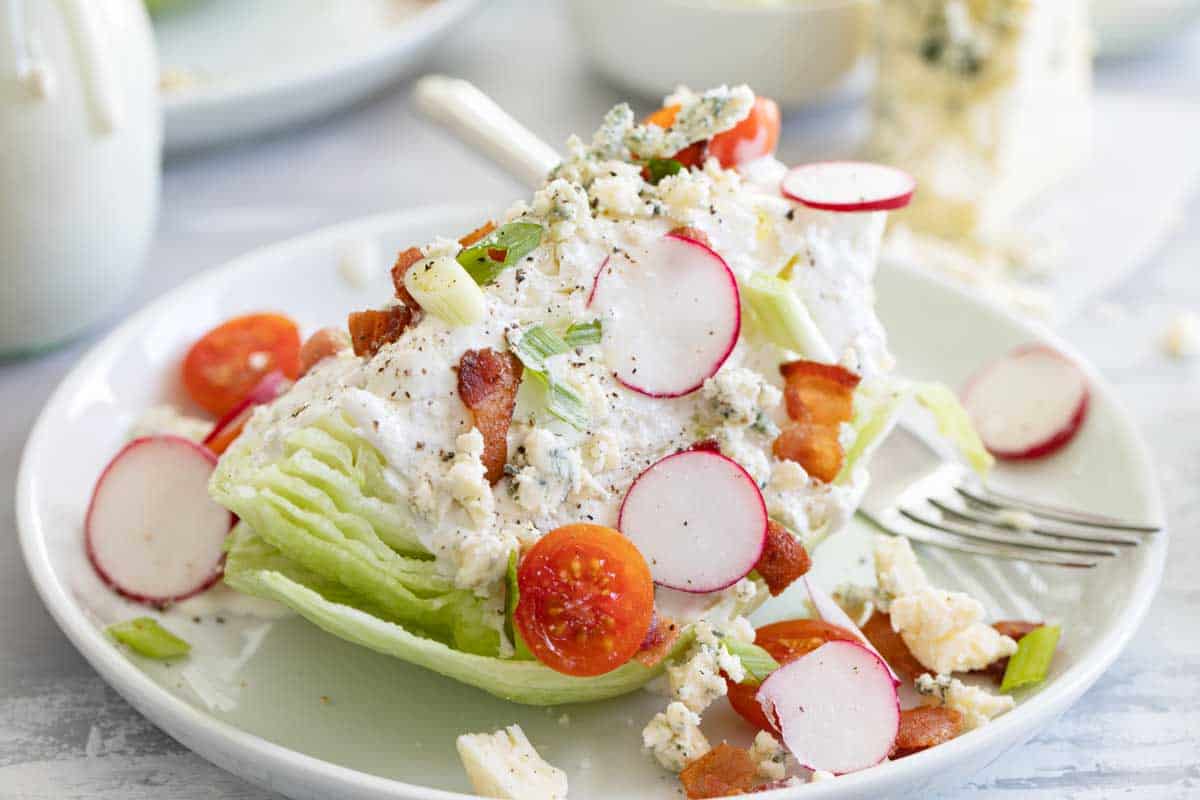 If you’ve ever been to a steakhouse, you will have seen a wedge salad on the menu. In fact, I’m pretty sure most people are pretty familiar with this popular salad.

But really, what’s not to love?

A wedge of iceberg lettuce is topped with blue cheese dressing, bacon, more blue cheese, and usually even more veggies.

It’s crisp and cool and even though it’s super simple, it just looks fancy.

No wonder why it is so popular! 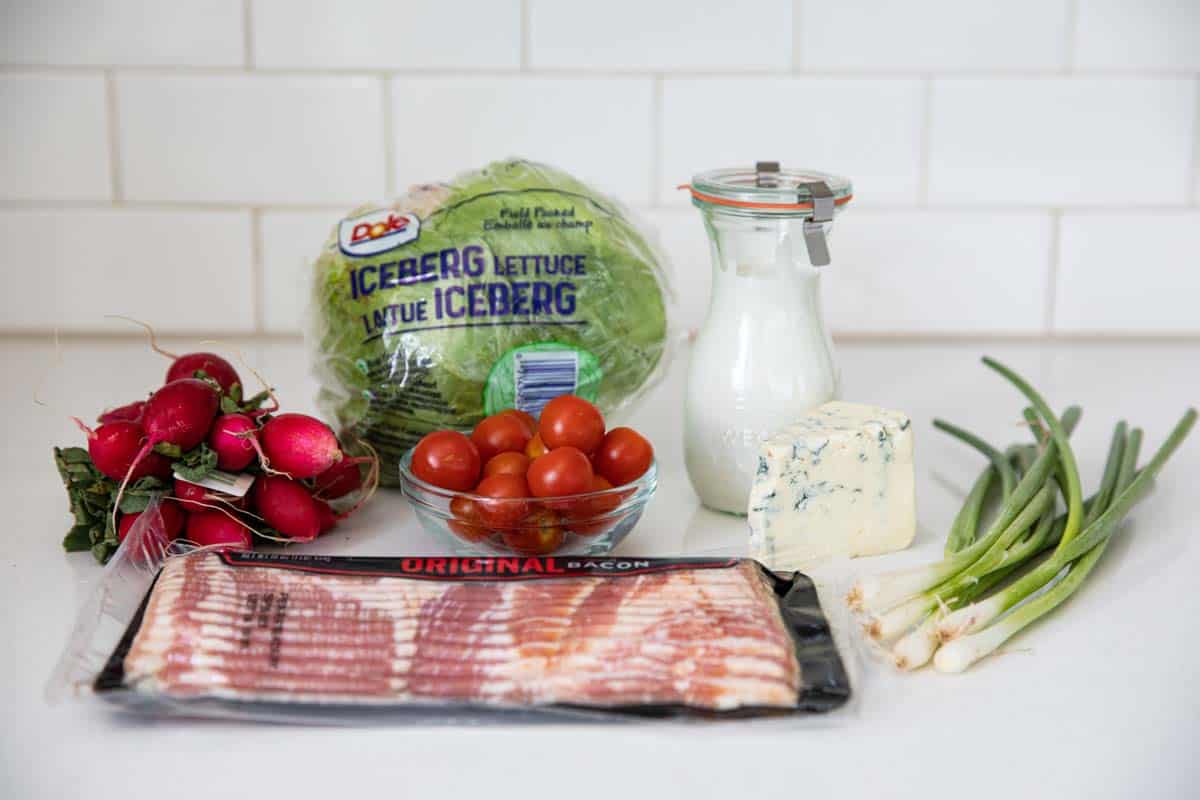 Only a few ingredients and you’ll have this salad on the table!

Bacon – I usually just use regular slices of bacon for this salad, but thick cut would be amazing!

Iceberg Lettuce – I know people often turn their noses up at iceberg lettuce, but it is a must for this salad. It is cool and crisp and perfect.

Crumbled Blue Cheese – I always suggest buying a block of blue cheese and crumbling it yourself – the pre-crumbled varieties are usually more dried out. But use what works for you!

Toppings – In this salad, I like to use cherry tomatoes, thinly sliced radishes and diced green onions. But the sky is the limit! I have seen diced red onion, avocados, chives, and even nuts. But I like to keep it pretty simple.

Salt and Pepper – In the recipe card, it calls for fleur de sel, which is a “fancy” type of salt. It is actually a sea salt that is known for its pyramid shape crystals that rise to the top during the evaporation process. They are very delicate, and the harvesting process is more involved, so it does tend to be more expensive. I was given some as a gift and love to use it as finisher on dishes like this wedge salad. But if you don’t have fleur de sel, you can definitely use sea salt as well. I have even used kosher salt in a pinch. 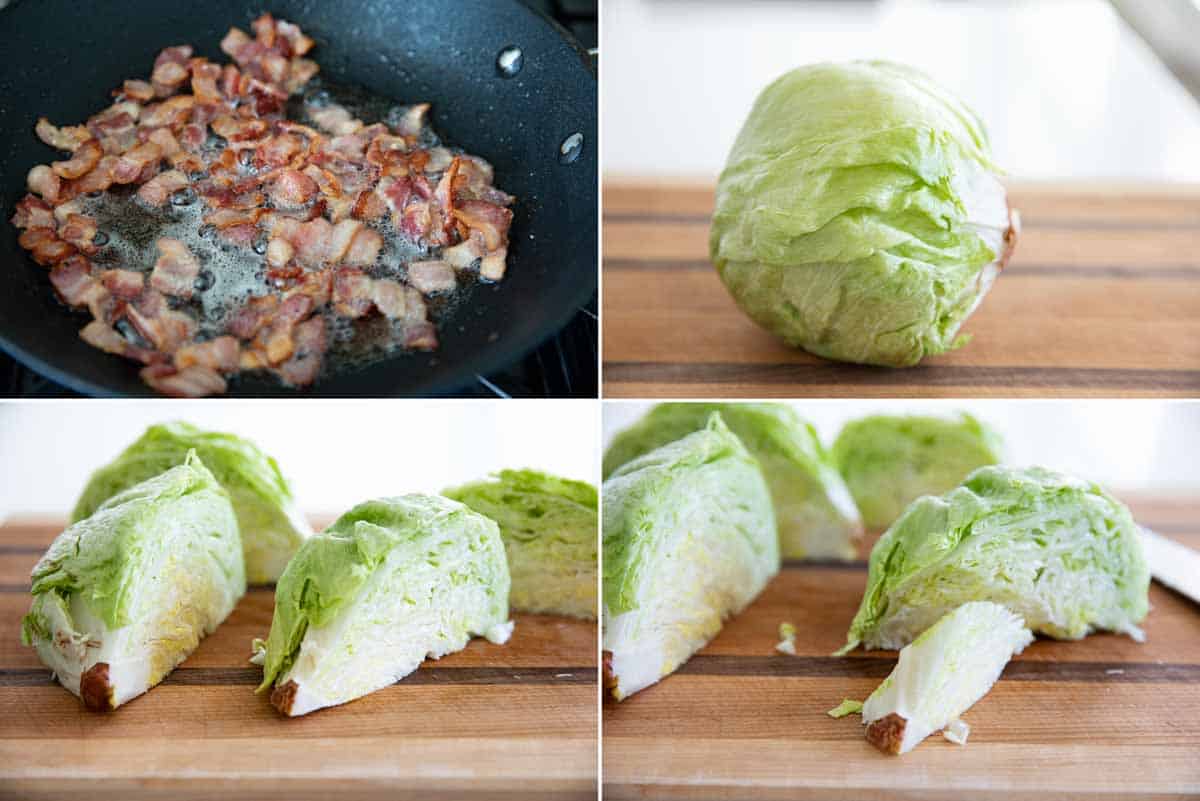 HOW TO MAKE A WEDGE SALAD 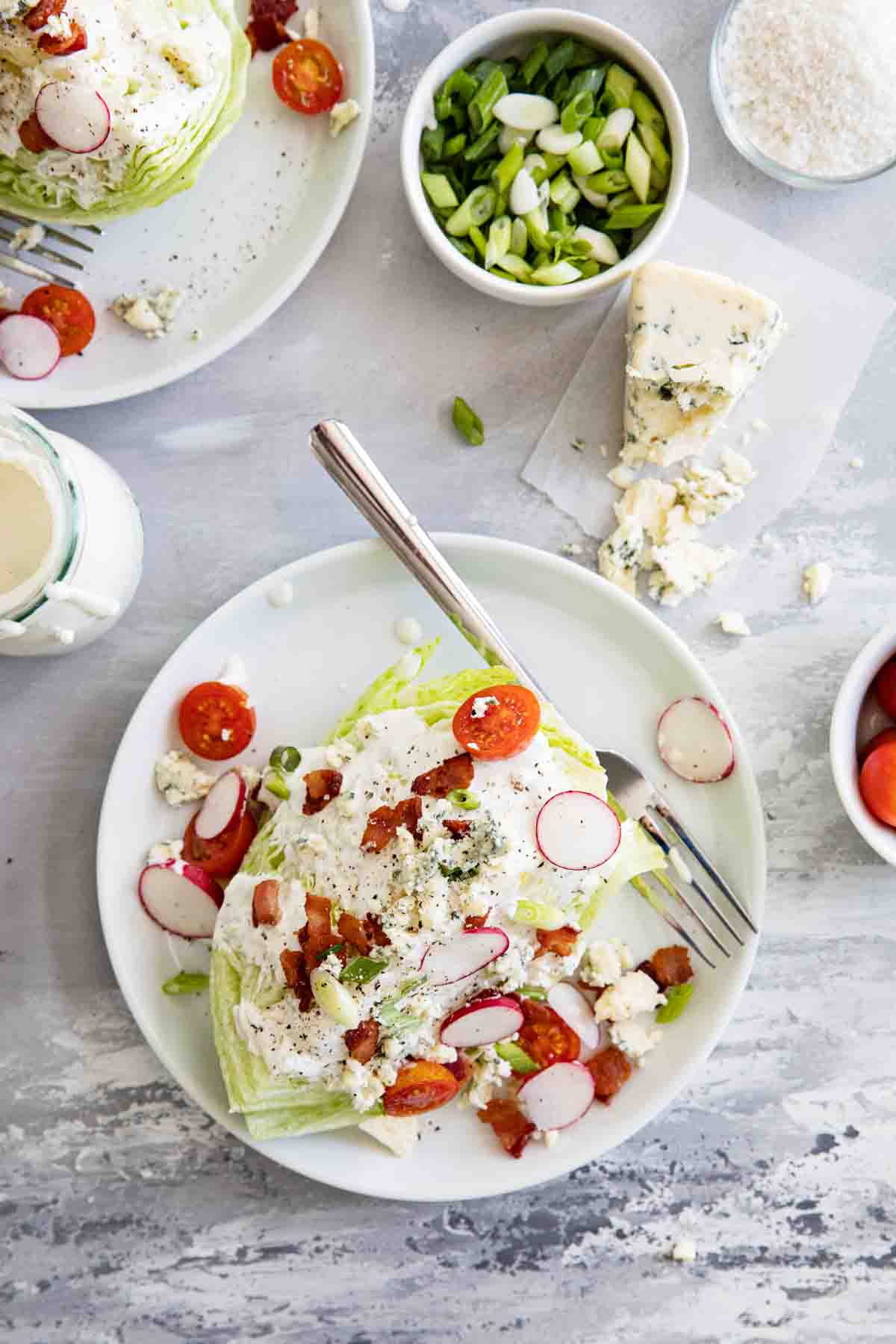 One of the characteristics of a wedge salad is that it is cold and crisp, so this salad is definitely the best when it is served fresh. But that doesn’t mean that you can’t prep parts of it ahead of time!

The blue cheese dressing can be made several days in advance. In fact, you’ll want to refrigerate it after making it, so you will for sure want to prep the dressing before.

The bacon can be cooked a day in advance, if needed. I prefer for it to be cooked just before serving because I like for it to be warm still, but you could cook it and refrigerate it until it is needed.

The vegetables can be cut and prepped the day of. The longer in advance you cut them, though, the soggier they will get.

You won’t want to assemble the salad until right before eating. 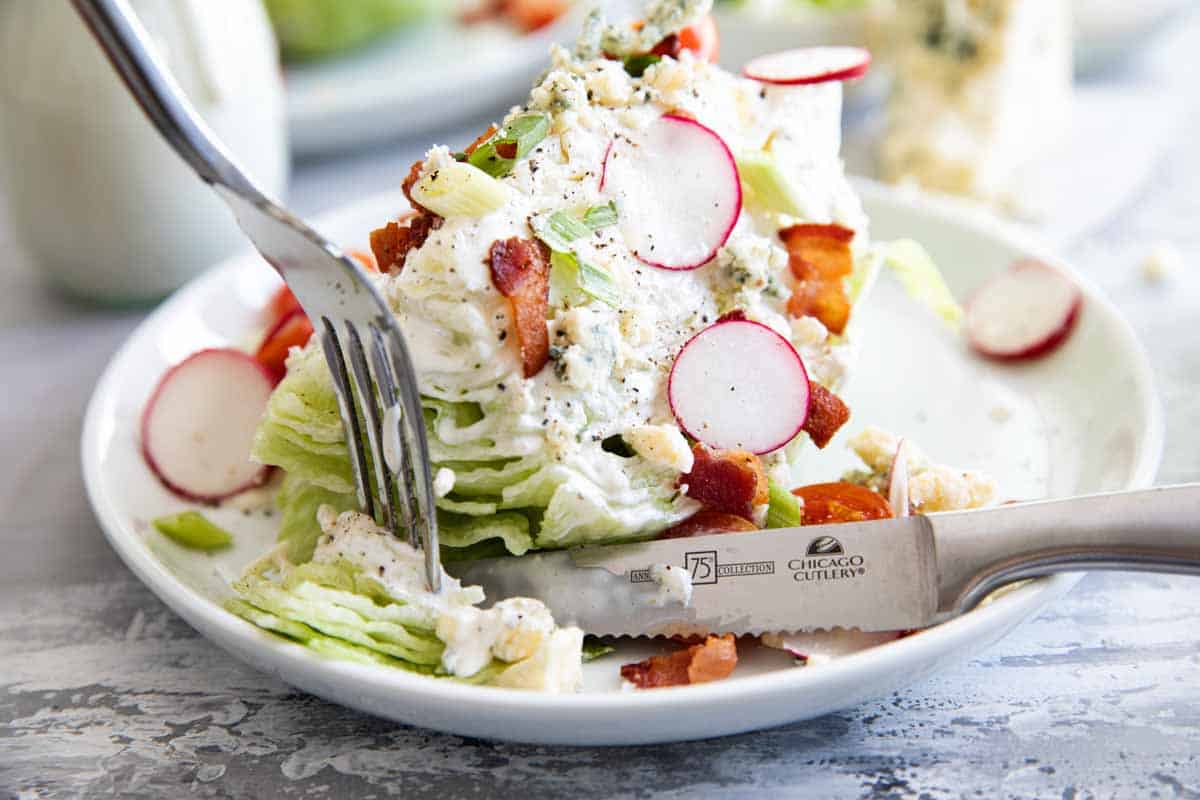 Cool and crisp and flavorful, it’s no wonder this Wedge Salad is such a popular salad! Traditionally served at steakhouses, this is so easy to serve at home.

If you don’t have fleur de sel, you can use coarse sea salt or kosher salt. The fleur de sel just adds a little something extra. 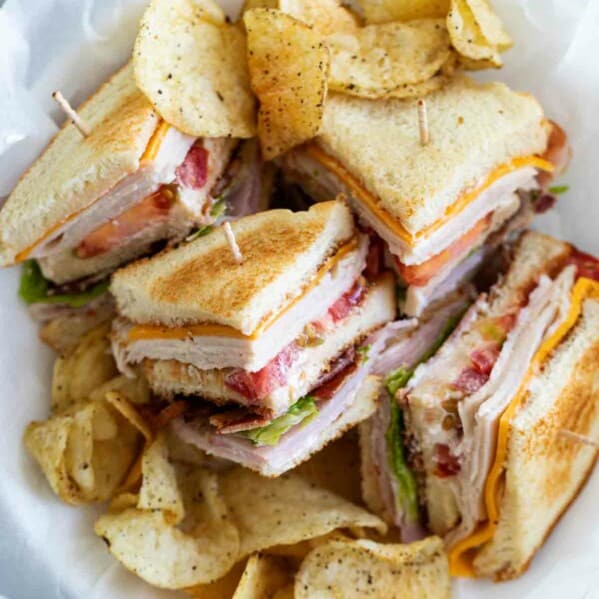