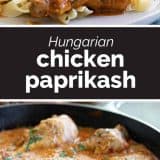 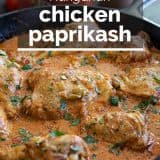 Rich, comforting and flavorful, this Chicken Paprikash is based off of a popular Hungarian recipe. It’s easy enough to make on a weeknight and is loved by both adults and children. 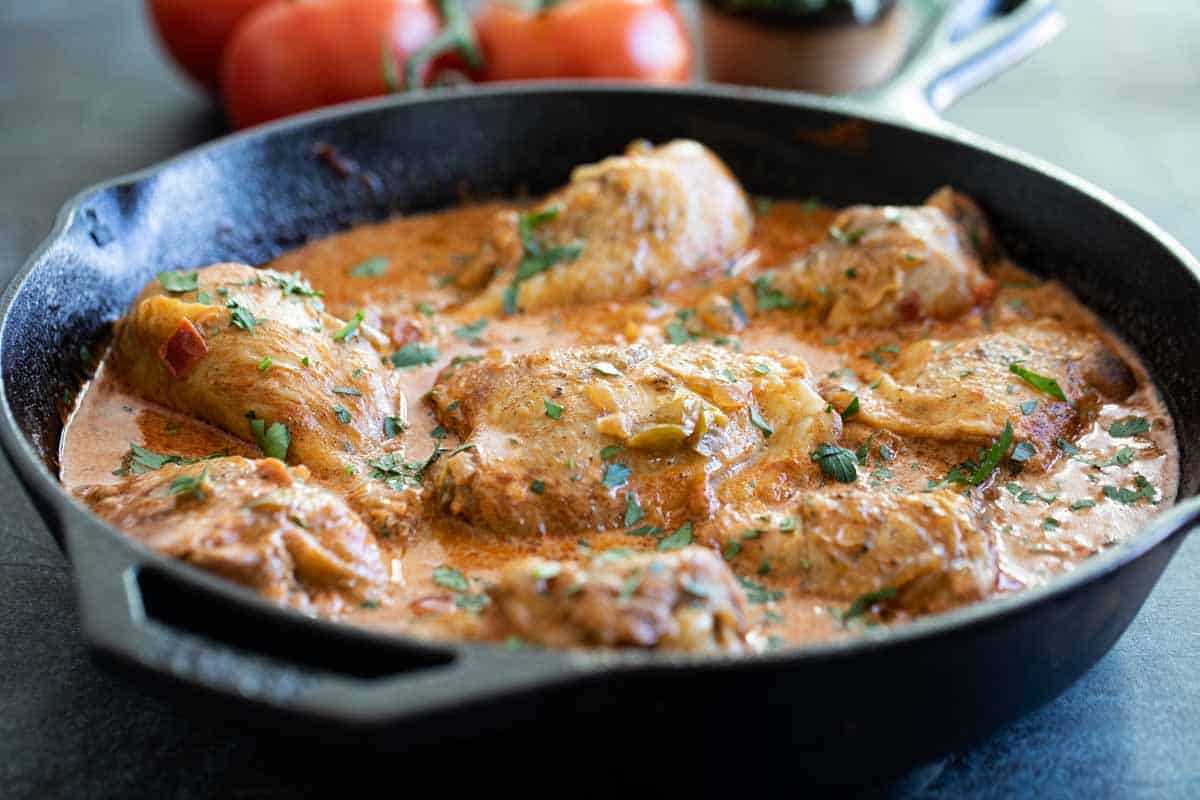 I have dreams of traveling the world and experiencing different cultures through their food.

But in the meantime, I’m grateful that we can make versions of other cultures’ foods at home!

I am not Hungarian, and have never been to Hungary. I have never had authentic Chicken Paprikash from a 5th generation Hungarian.

But oh, how I love Chicken Paprikash.

We’ve had it often in our house, and have had fun making our own version.

What is Chicken Paprikash?

Chicken Paprikash, at the basic level, is a Hungarian dish that cooks chicken in a paprika infused sauce for an extended amount of time.

I think this is one of the dishes that Hungary is best known for here in the US. And I have seen so many versions, so I’m sure it is one of those recipes that will vary depending on region and how the recipe was passed down through the generations.

In most versions, you will find onions and chicken in sauce with lots of paprika. Other versions will add in tomatoes, sometimes chopped, crushed, or even tomato sauce. You will often see diced peppers, but not always. I use green bell pepper, but if you can get your hands on any Hungarian peppers, that is even better.

I think all will agree that this is the best kind of comfort food, though. Tender chicken, a flavorful creamy sauce, all over noodles or dumplings. Such a perfect, comforting meal.

How to Make It 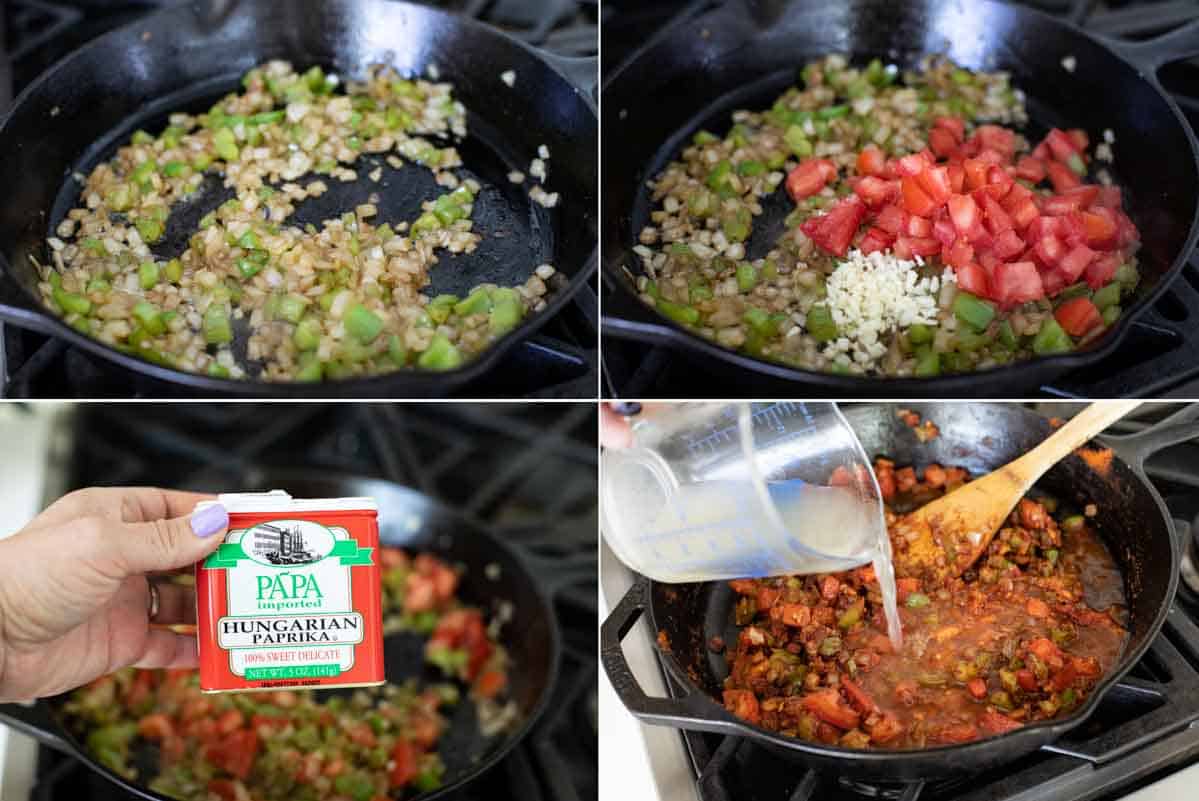 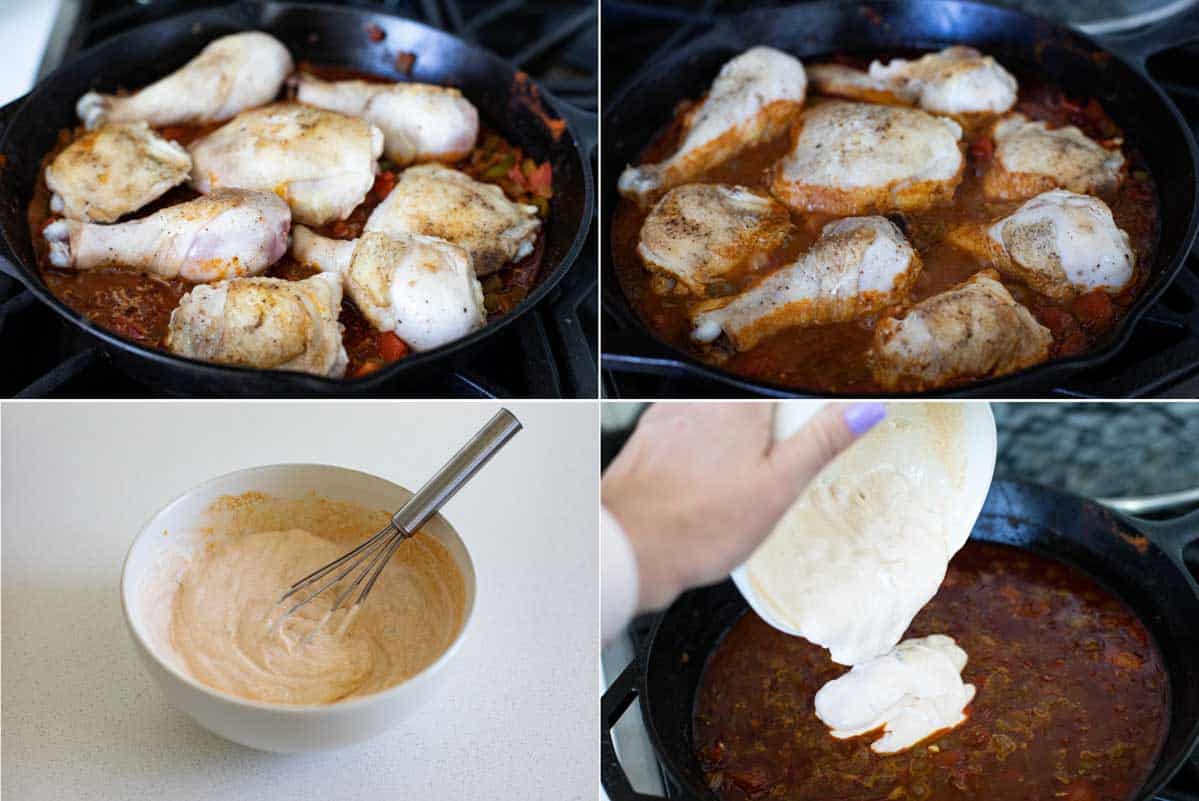 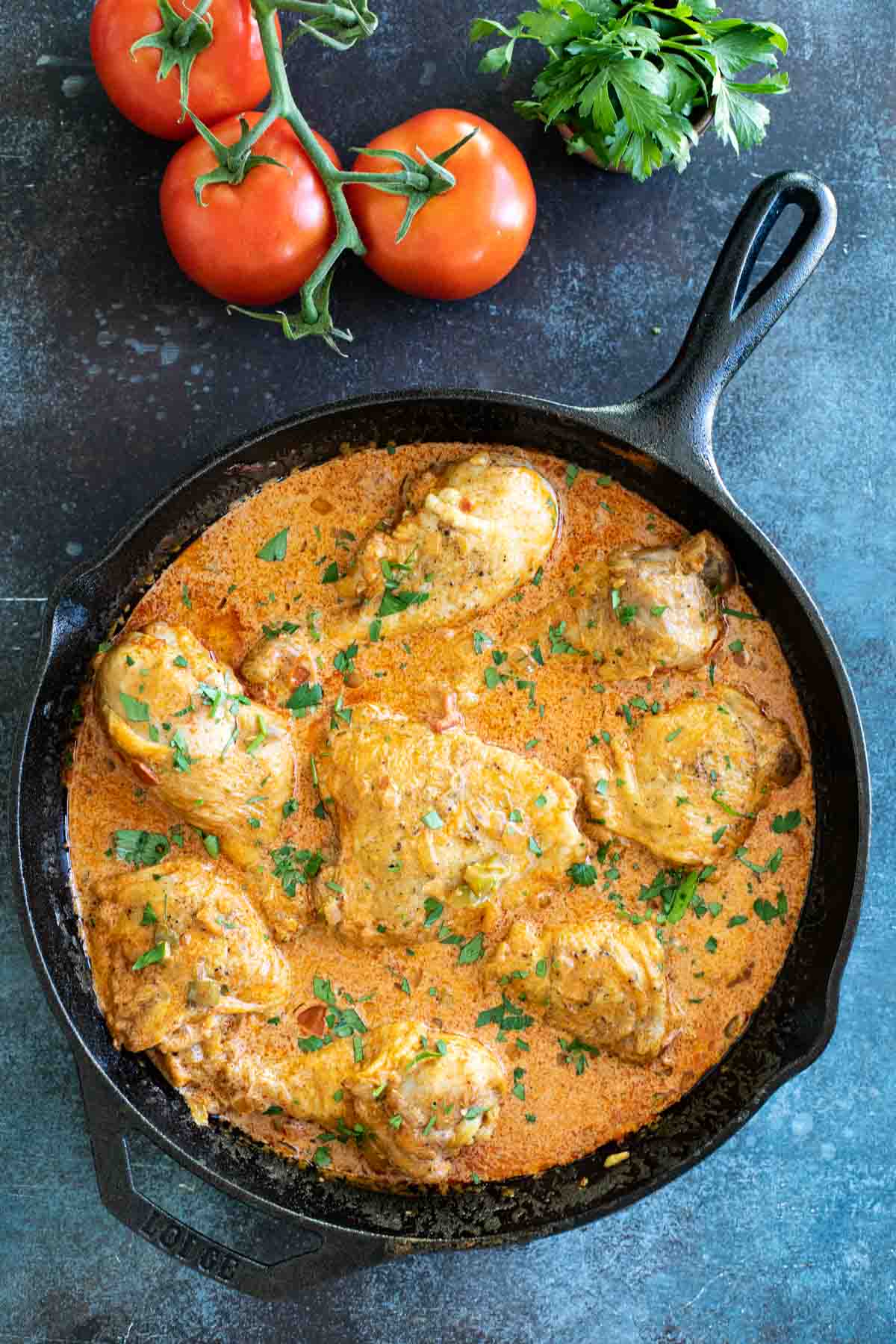 What is Hungarian Paprika?

I’m a paprika fan, and use both the regular and smoked versions quite often. But this recipe calls for Hungarian paprika.

How is that different?

Paprika is a spice that is made from pulverized peppers. The typical paprika you’ll get on most grocery store shelves here in the US is a very mild, non-assertive spice.

On the other side, Hungarian paprika is a lot more complex, usually made of a mix of more peppers. Of course the pungency and flavor will depend on the brand you use, but the big thing to watch for with Hungarian paprika is if it is sweet or hot. I have only ever used the sweet version, but it is perfect for this family friendly Chicken Paprikash. I would also love to try a mix of sweet and hot one of these day. (I do like things spicy!)

One of my local grocery stores did not carry Hungarian paprika, but another did. You can also order it online (this Papa brand is what I have aff link). 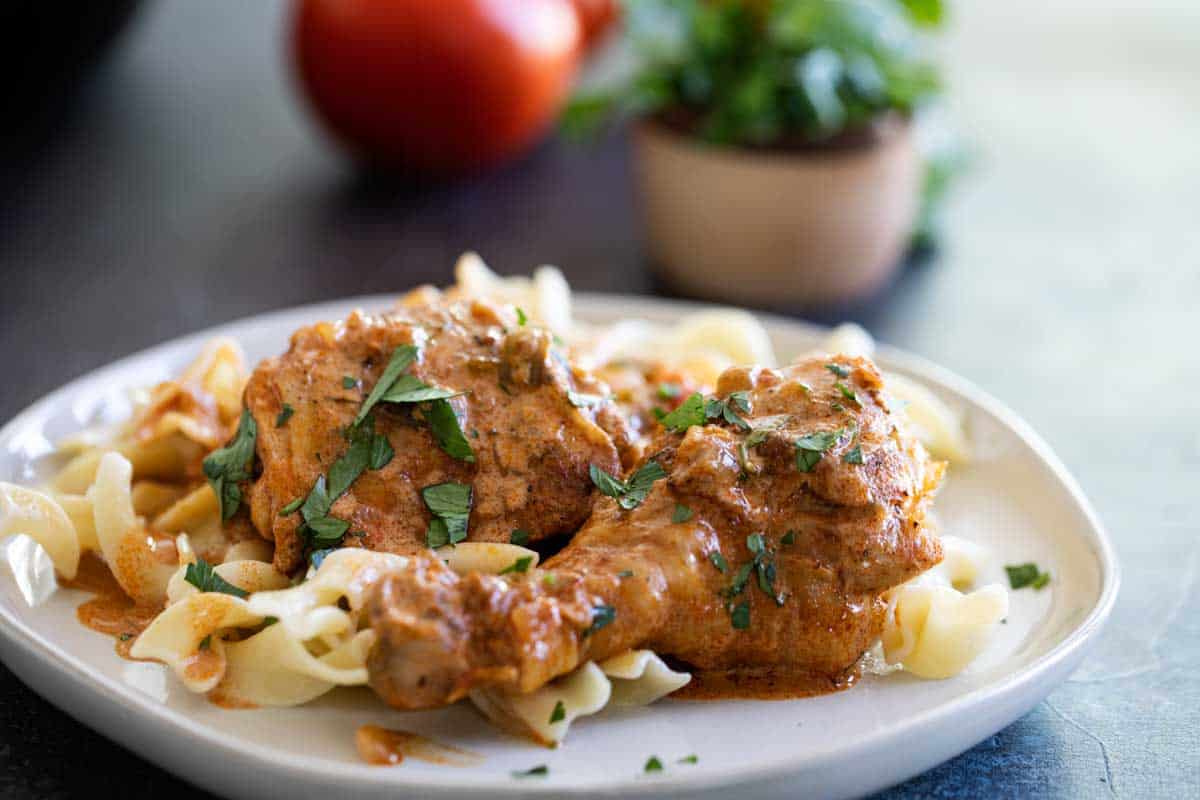 Rich, comforting and flavorful, this Chicken Paprikash is based off of a popular Hungarian recipe. It’s easy enough to make on a weeknight and is loved by both adults and children.

*The cook time will differ depending on the cut of chicken and the sizes. It’s best to have an instant read thermometer to check the chicken. 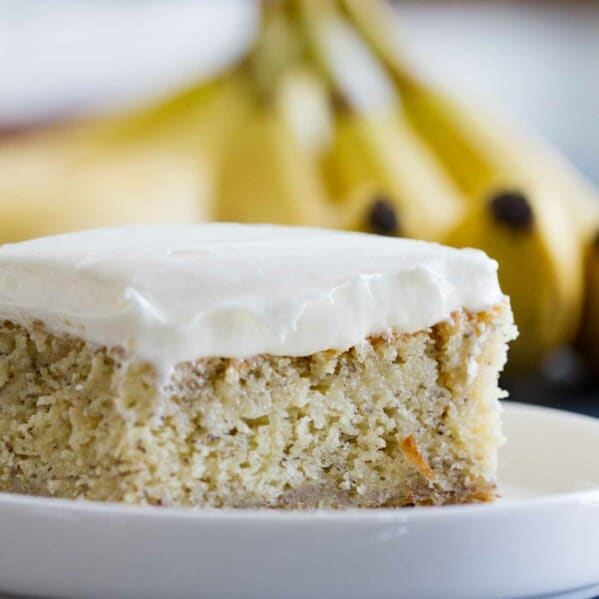 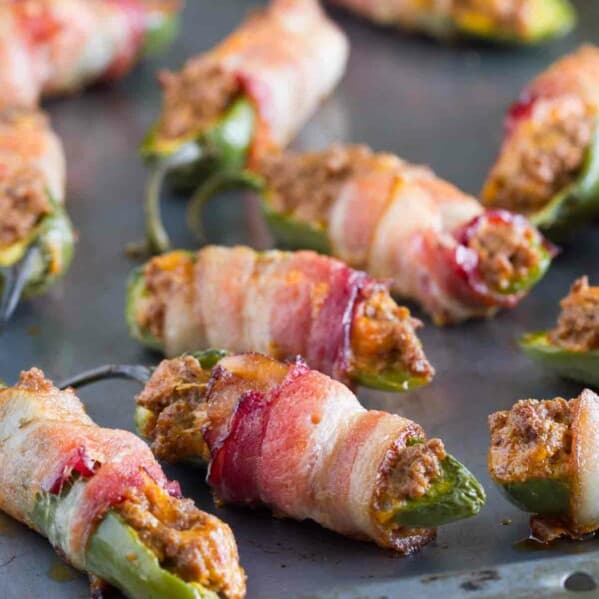