Love cheesecake but want something a little easier? This no bake cheesecake has a cookie crust and red velvet flavored cheesecake filling. 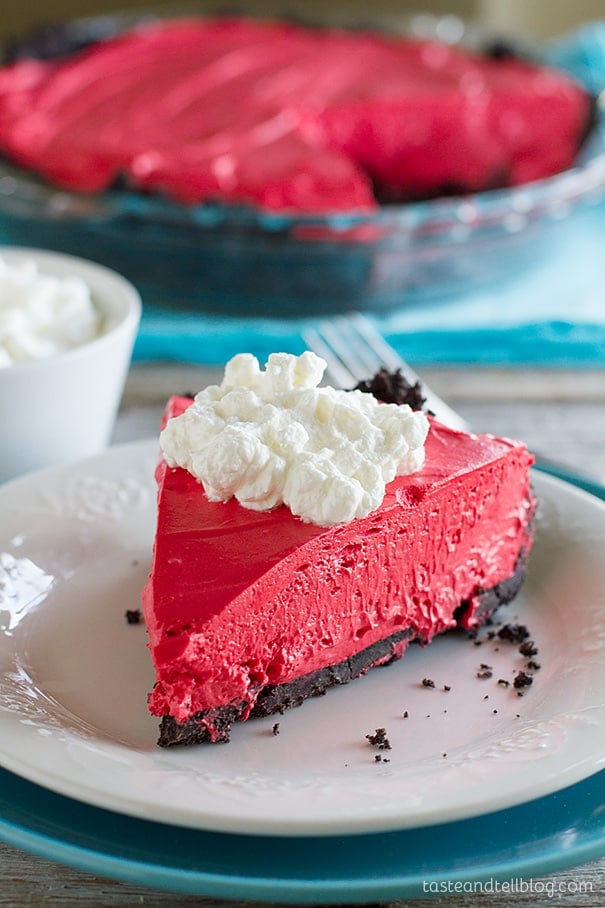 You would think that after years of doing Red Velvet Week, combined with 50+ red velvet recipes in my cookbook, that I would be tired of red velvet. Well, I’m not. I’m still loving it!!

In fact, I’ve already brainstormed some ideas for next year’s Red Velvet Week. (Returning to February!) While you may think that red velvet is mainly for Valentine’s Day, we are actually headed into the holiday season, where red velvet would shine! And really, what better dessert is there for Halloween than red velvet?

Red velvet is just as delicious in October as it is in February. I, for one, will be eating it year round. Especially when it comes in the form of a no bake cheesecake. 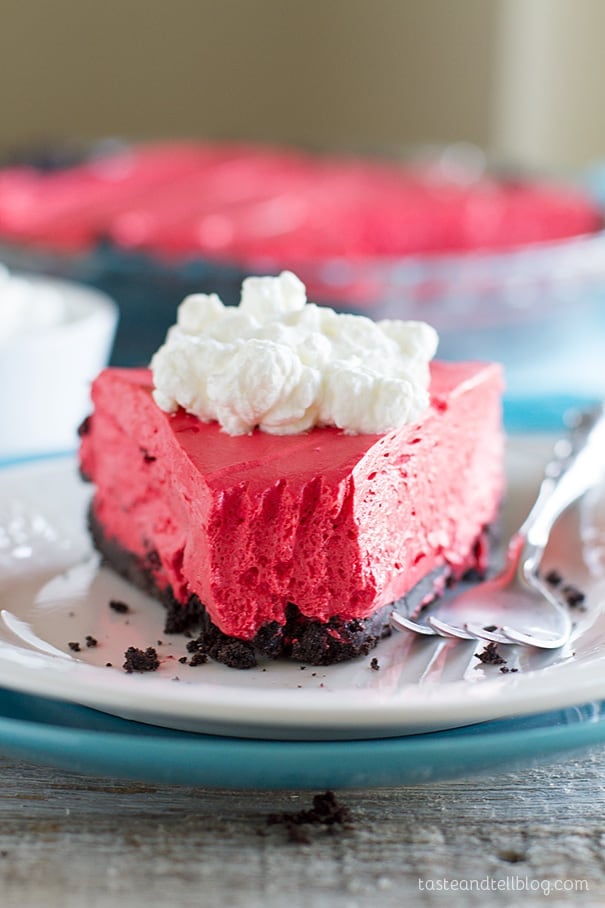 Now, I actually have a Red Velvet Cheesecake in the book, which is one of my very favorite recipes. (I actually was offered money for more of that cheesecake from my husband’s co-workers!) But I wanted a version that was a little bit easier, something that everyone would feel comfortable making. And something that is easy to be made year round, even when the temperatures are soaring and you don’t want to turn the oven on.

You start with a cookie crust, because cookie crusts and red velvet just seem to go hand in hand. I throw the cookies into the food processor whole – no need to scrape out the filling. Turn those cookies into fine crumbs, combine them with some butter, and press them into a pie plate. I like to refrigerate the crust so that it will hold up better once you add the filling.

The filling is simple – of course you have cream cheese, along with some sour cream to give it a little bit more tang. A bit of cocoa powder, sugar, and you can’t forget the red food coloring. This recipe does have quite a bit in it, and feel free to cut back, but you might end up with more of a pink velvet cheesecake than red velvet. You finish off by folding in some Cool Whip. Pour the filling into the crust and then refrigerate the whole thing. 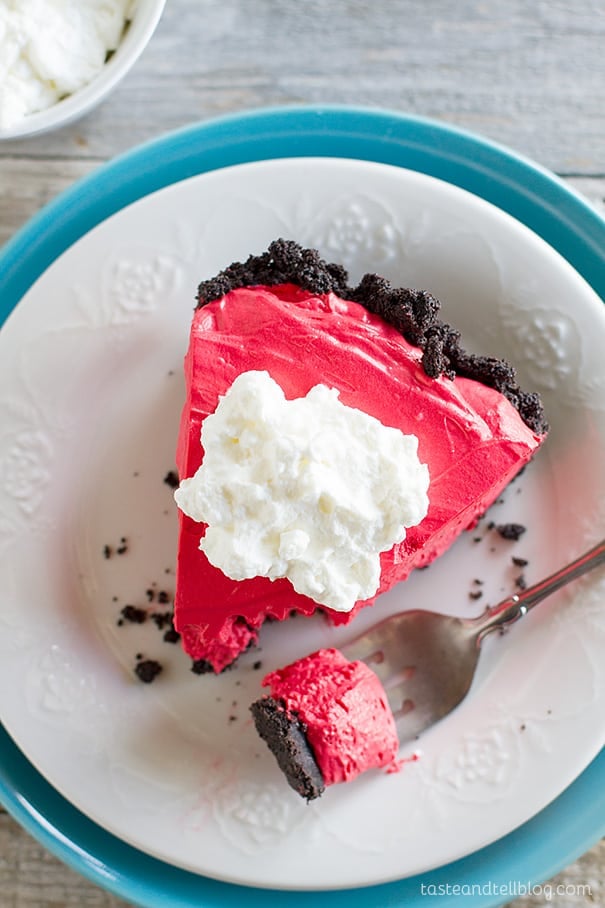 Love cheesecake but want something a little easier? This no bake cheesecake has a cookie crust and red velvet flavored cheesecake filling.

adapted from this No Bake Cheesecake recipe 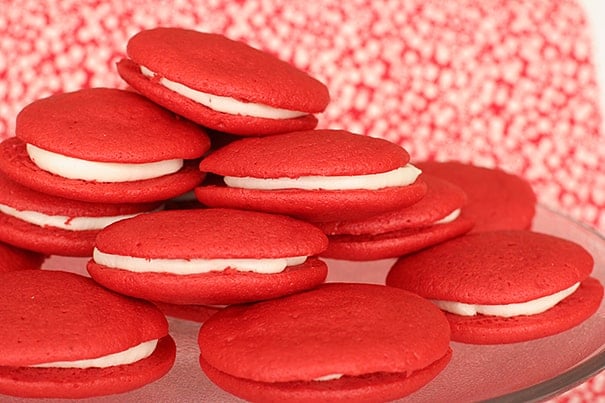 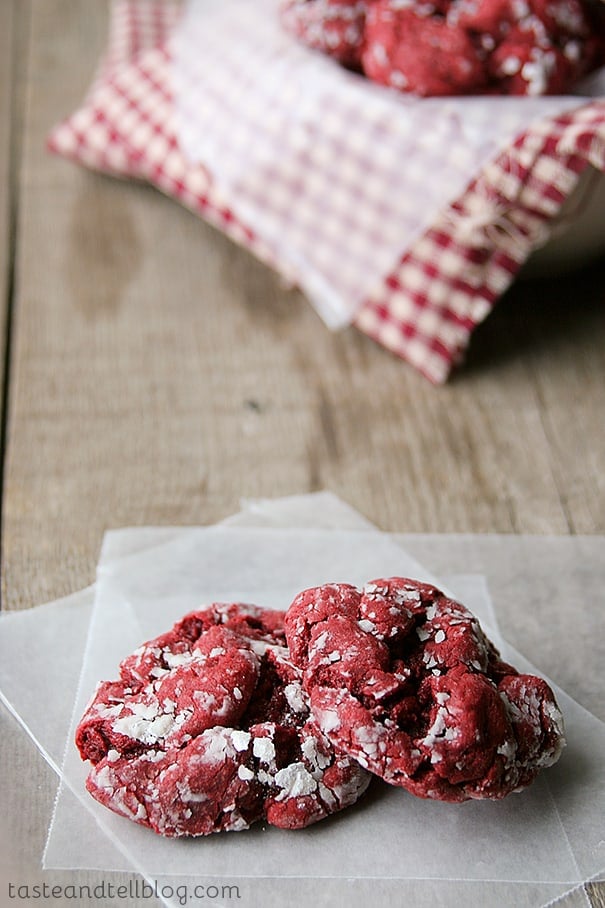 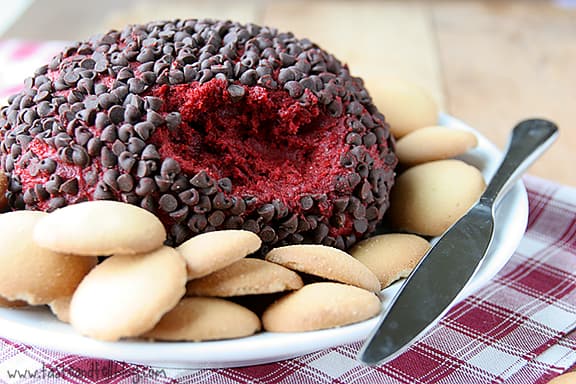 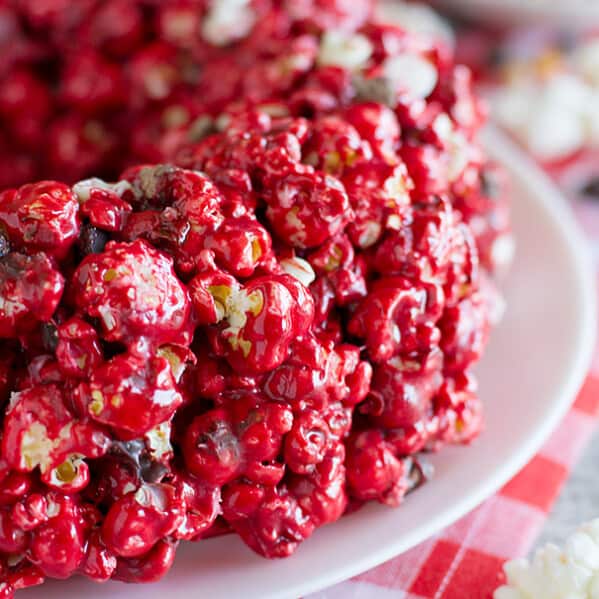 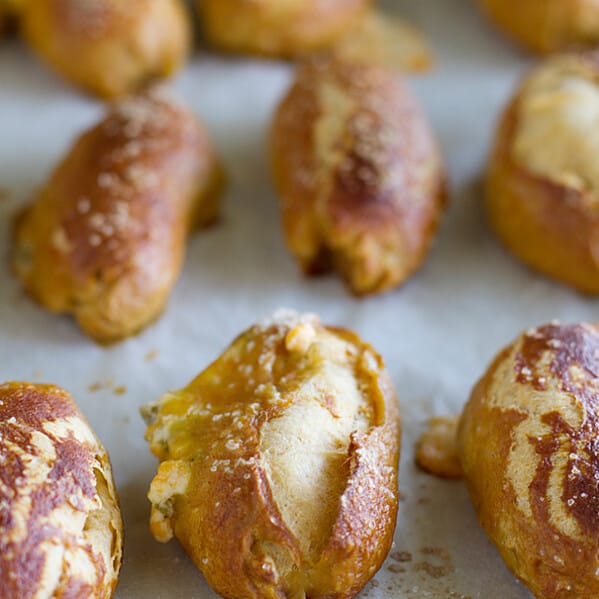