S’mores without the campfire! These Peanut Butter S’mores have a graham cracker crust, lots of marshmallow, rich chocolate and a peanut butter drizzle – all served in a jar.

Who is starting school this week, or has already started?

I’m a newbie to this whole school thing. Well, this being a mom to someone in school thing. My oldest is going into Kindergarten this year, and I feel like I totally don’t know what to expect. I think I’m more nervous for everything than my daughter is.

I’m one of those people that gets so caught up in everything that is going on in life that sometimes I miss the details. I totally knew that school started this week. So I was prepared. And then I found out on Friday that while school does start this week, the kindergarten classes don’t start for another week.

Yeah – I’m that mom that would have totally sent her daughter on the school bus a week before she was actually supposed to be there.


But the good news is that we have another week of summer!! The reality is that I will continue to celebrate summer until at least Labor Day, but having no school means some extra fun times. 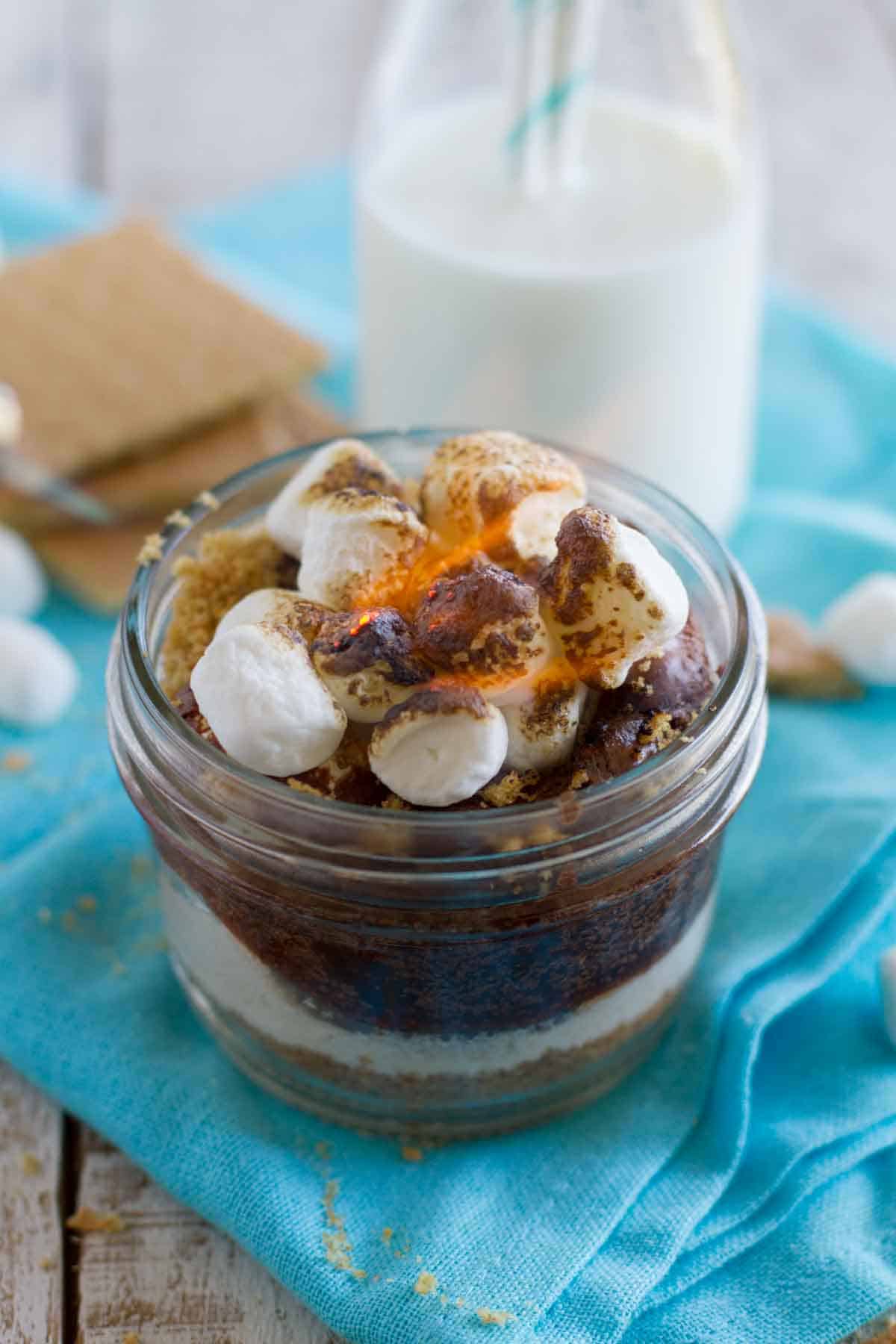 One thing we haven’t done yet this summer is to have s’mores in the backyard. I actually bought ingredients several weeks ago, but for one reason or another, they never happened. But you don’t have to have a backyard fire pit – or even a backyard for that matter – to enjoy s’mores.

Because today, I’ve got you covered with Peanut Butter S’mores in a Jar.

This dessert right here is one that will make your summer. All of the flavors of s’mores – plus added peanut butter – right in an easy to eat jar. No campfire needed.

I actually tried to make these using a homemade brownie recipe and they were a complete disaster. They completely overflowed and were not cooked through. It was a delicious mistake, but it was definitely not the best way to make them. The second time I went to make them, I was going to try a different homemade brownie recipe, but then decided to just stick with the recipe and use a boxed mix. And honestly – if you serve these to guests, they will never know that the brownie portion came from a box. These were amazing. I almost skipped the peanut butter, but that little bit of peanut butter totally made these. So I would definitely recommend keeping the peanut butter.

These would also be perfect for summer entertaining. Individual portions are always a good thing, and the jars make them feel a little bit special.

I’m thinking these Peanut Butter S’mores in a Jar are the perfect summer dessert. And the perfect dessert to celebrate (almost) going back to school! 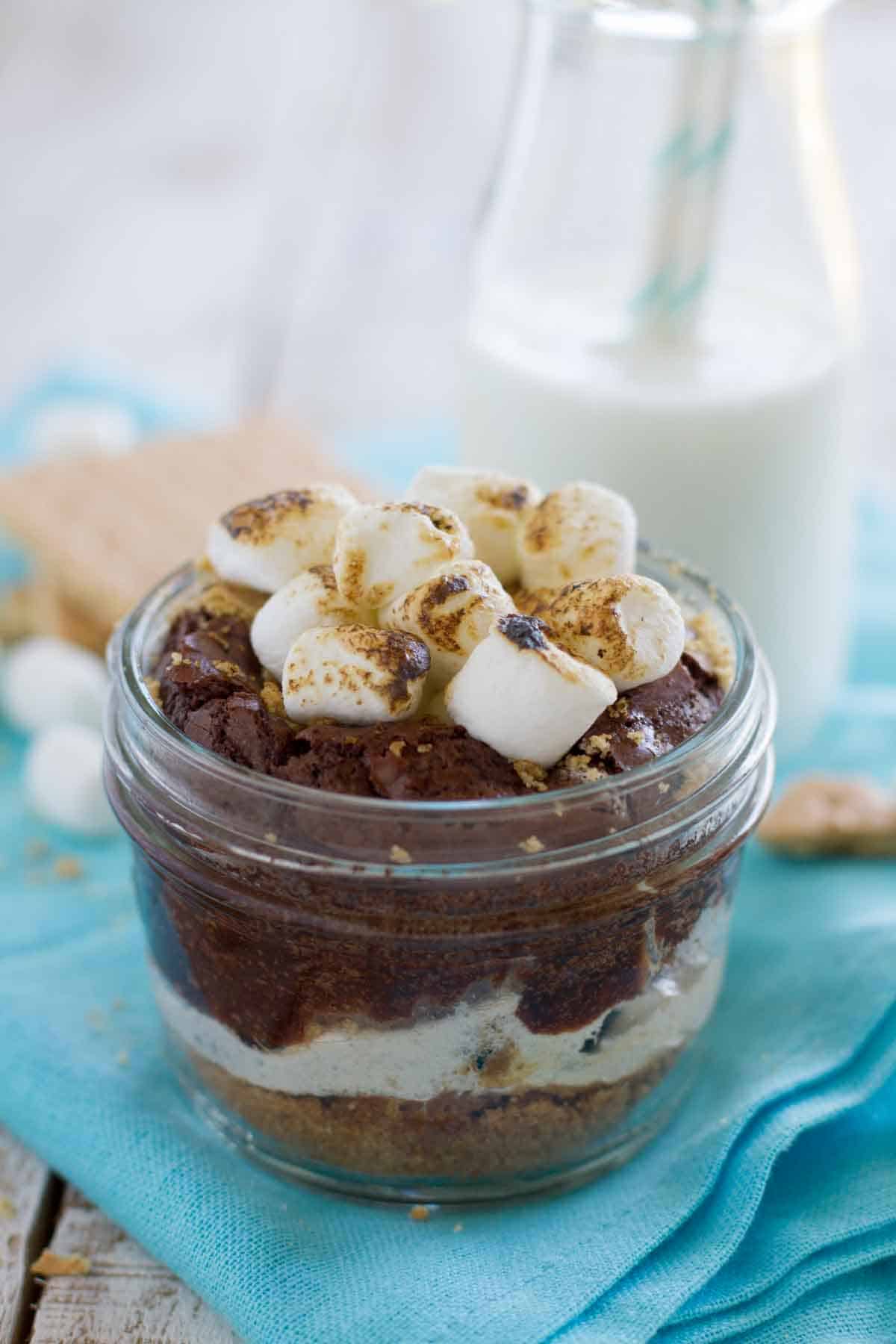 More Twists on the S’more:

S’mores without the campfire! These Peanut Butter S’mores have a graham cracker crust, lots of marshmallow, rich chocolate and a peanut butter drizzle – all served in a jar.

For the brownie mix, I used a Ghiradelli double chocolate brownie mix. I would highly recommend it. 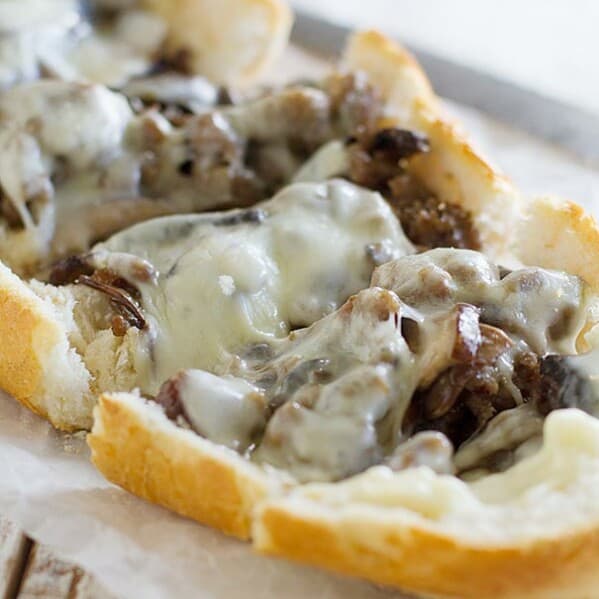