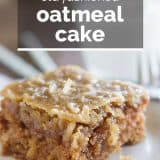 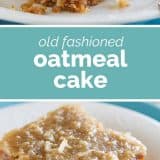 This old-fashioned oatmeal cake might not win any beauty awards, but one bite and it will instantly become a family favorite! 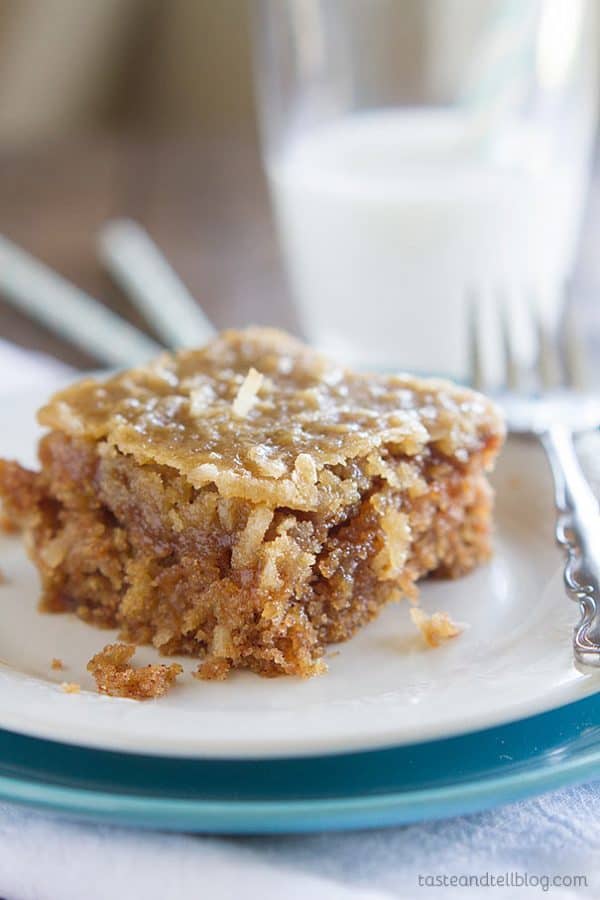 This cake almost didn’t make it to the blog. Here’s how it went down:

I was looking through a family cookbook a little while ago, and came across a recipe from my aunt for this Oatmeal Cake. I was intrigued. It seemed so simple – one of those recipes that you’d whip up on a Sunday night for your family. I wanted to try it, and that family cookbook rarely lets me down.

So I made the cake. Simple enough. Nothing fancy.


And then I went to make the topping. As it is with family cookbooks a lot of the time, the instructions were a little bit vague. Like the coconut – it just listed coconut as an ingredient – not how much. So I guessed. Butter and brown sugar are boiled together, then coconut is stirred in before putting it on the cake and then putting it all under the broiler. It seemed simple enough, but I don’t know if I messed up somewhere along the line or if it’s just the recipe, but when I went to spread the topping on the cake, it was totally grainy. Maybe I cooked it too quickly, maybe the sugar from the coconut caused it to crystalize, who knows. But I had already poured it on, so there was no turning back.

I broiled the topping, then put the cake on the counter to cool. I was disappointed, because of that crystallized topping. Right then, I told myself that I’d have to start over.

But then I took a bite.

Before I knew it, I had eaten a whole piece. Let me just say – it is very rare for my family to eat a whole dessert. I just make too many, and a lot of it gets given away. But this cake? Gone in 24 hours. All of us loved it. It’s incredibly moist, filled with warm spices, and even though it’s simple, it still packs a punch. And even though the topping was a little bit crunchy, it was so good and addictive.

I just love it when a simple recipe like this becomes a family favorite! 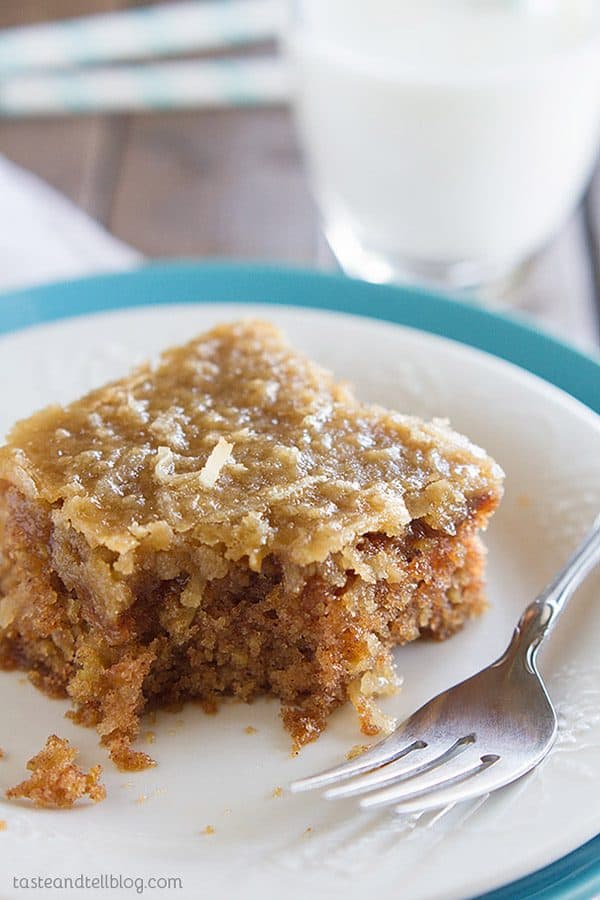 WATCH HOW TO MAKE THIS OATMEAL CAKE BELOW!

This old-fashioned oatmeal cake might not win any beauty awards, but one bite and it will instantly become a family favorite! 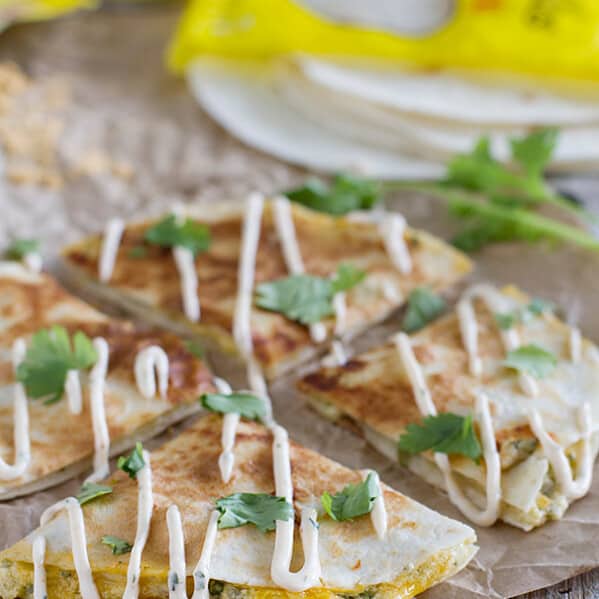 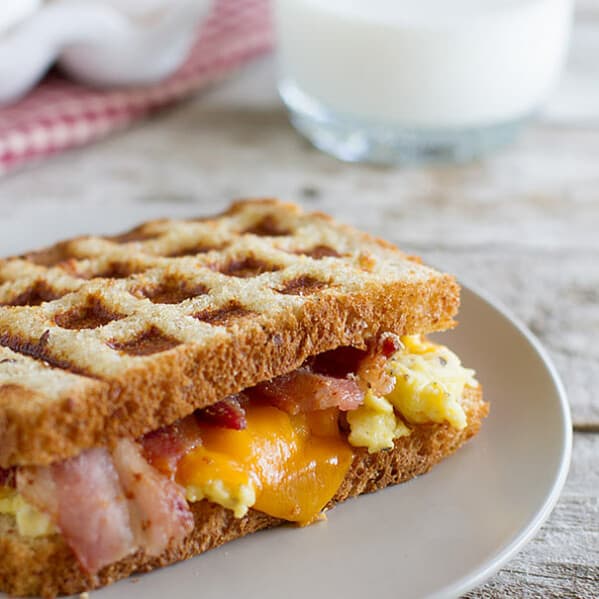