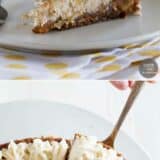 The best of both worlds – this Carrot Cake Cheesecake has two layers of carrot cake with a layer of cinnamon cheesecake sandwiched in-between. Perfect for any carrot cake lover or cheesecake lover! 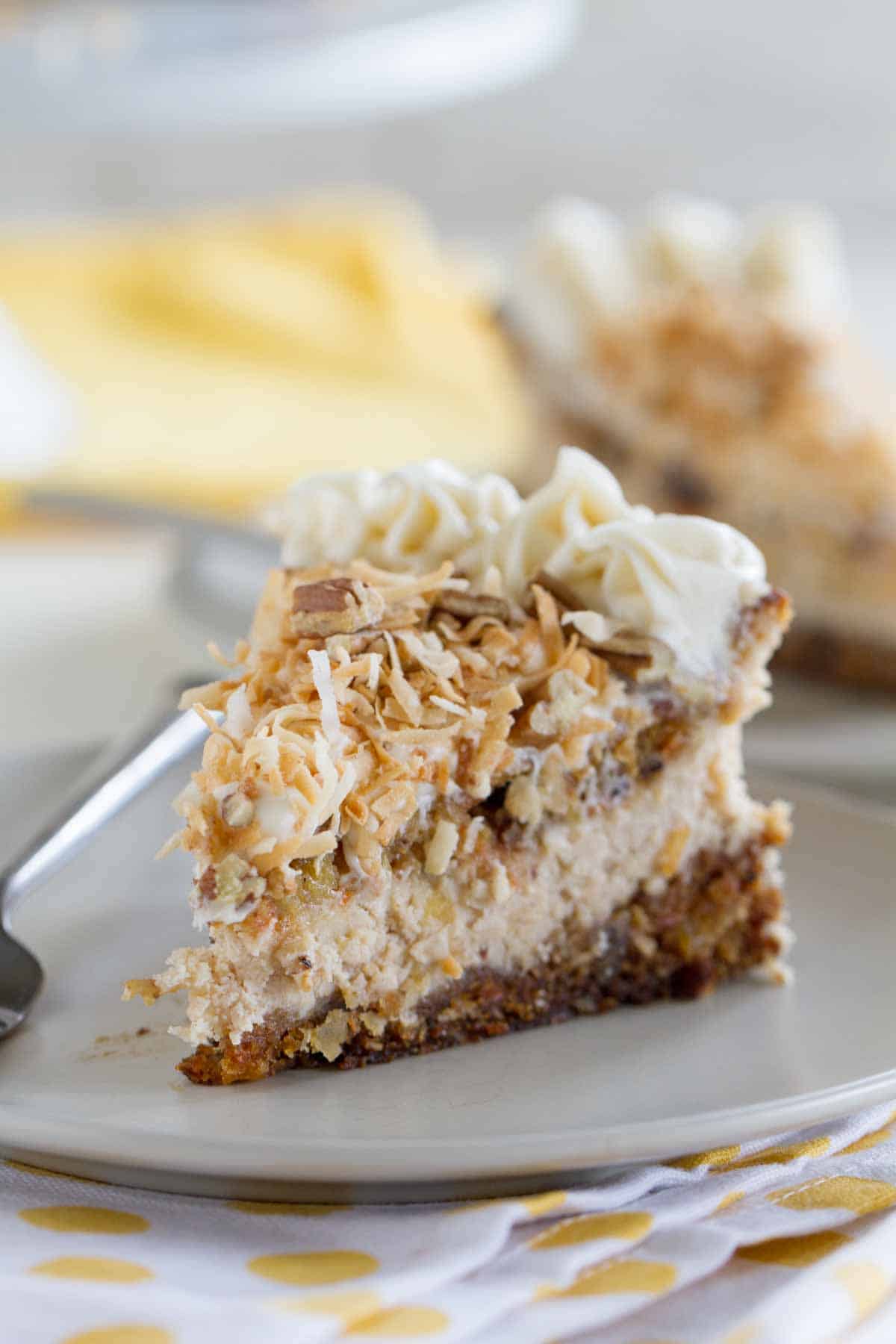 I think we all have that thing. You know – the one thing that you are never able to pass up. That one thing that, if left all alone in a room with it, you would devour it in its entirety. For some people, it might be chocolate chip cookies. Or a bag of chips. Or fancy chocolate bars.

Me? I have 2. Doughnuts. And Cheesecake.

This is why I am especially excited to be sharing today’s cookbook review – The Cheesecake Bible by George Geary. I have hit the motherload of cheesecakes, and I’m loving every minute.

I’ve actually had this book for a couple of months now, and have drooled over the recipes more than once. If you are a cheesecake lover, you will definitely be in heaven with this book.

The book has 200 recipes – including mostly sweet cheesecakes, but also some savory appetizer cheesecakes. Included in the recipe count are recipes for toppings and sauces, but the majority of the recipes, by far, are full-on, wonderful cheesecakes.

While you have some basic recipes, like the Blue-Ribbon Cheesecake or the New York Style Cheesecake, there is also a very large variety of different, creative cheesecakes. You get everything from chocolate cheesecakes to fruit filled cheesecakes, no-bake cheesecakes, and even a whole chapter on small cheesecakes and bars.

Cheesecake heaven, I tell ya.

Number of Photos: few. If there is one downfall, it’s that there aren’t a ton of photos. Only 32 of them, to be exact. There are 4 groupings of photos, so the whole book is not done in full color. I think the variety of cheesecakes makes up for the lack of photos, though.

Difficulty Level of Recipes: Medium. I think one misconception about cheesecake is that it’s difficult to make. I think it’s quite the opposite, actually. Time consuming – yes, but I think they are actually easier to make than a layer cake. That being said, though, it is still baking, which I think warrants the medium label.

Availability of Ingredients: easy. The majority of the ingredients are easy baking ingredients that can be found at any grocery store.

Buy The Cheesecake Bible on Amazon. 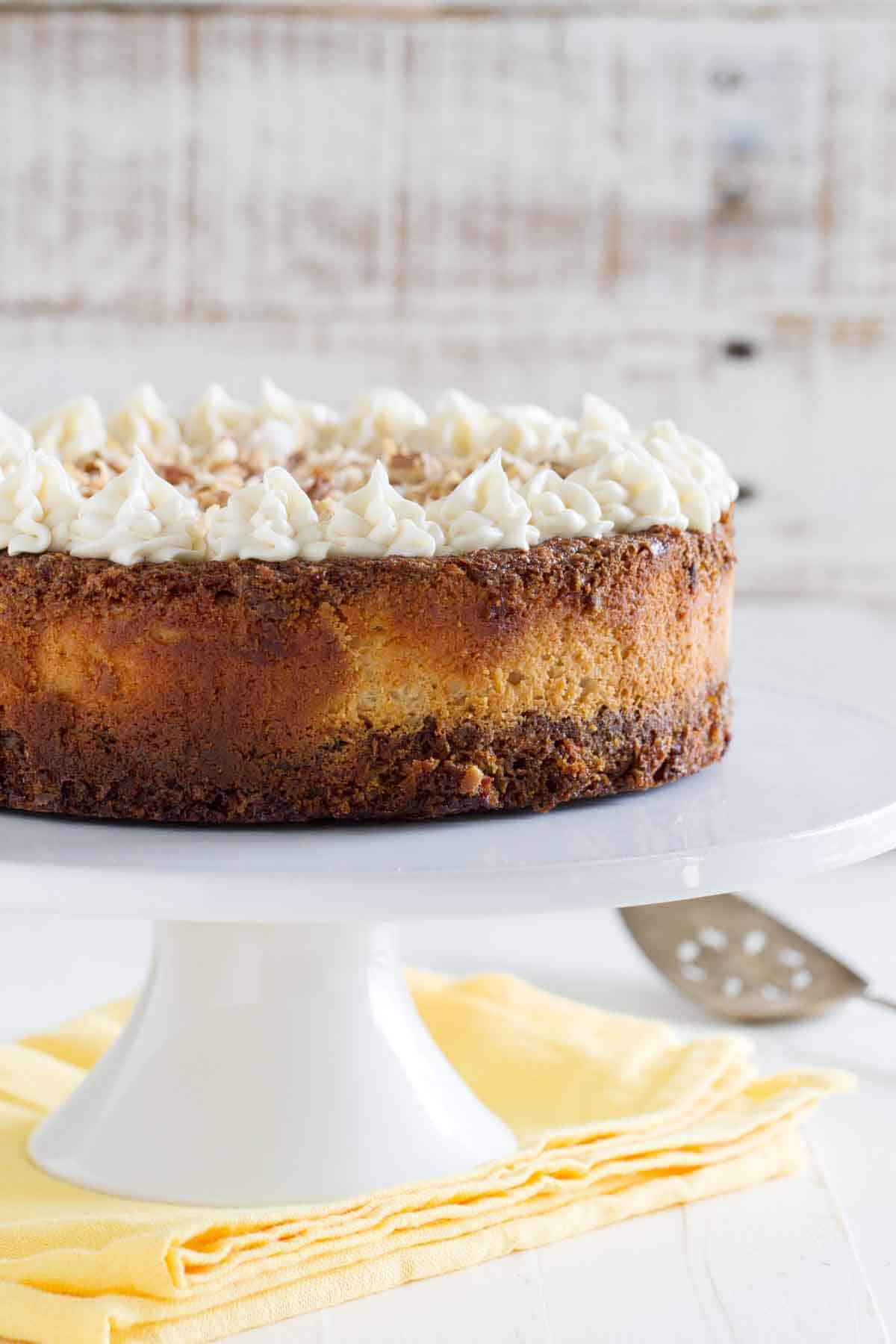 And now the cheesecake. Oh, the cheesecake. I seriously did have a hard time deciding where to start, but this Carrot Cake Cheesecake stood out to me as a perfect cake to make in preparation for Easter. (Why is it that carrot cake = Easter, anyway??)

I am not a stranger to the cake/cheesecake hybrid, but I’ve only done it where you make the cake layers and the cheesecake layer separately, (like this Red Velvet Cheesecake Cake), and then assemble them all together. This cheesecake is a little bit different, and a little bit easier, as you bake them all in the same pan. 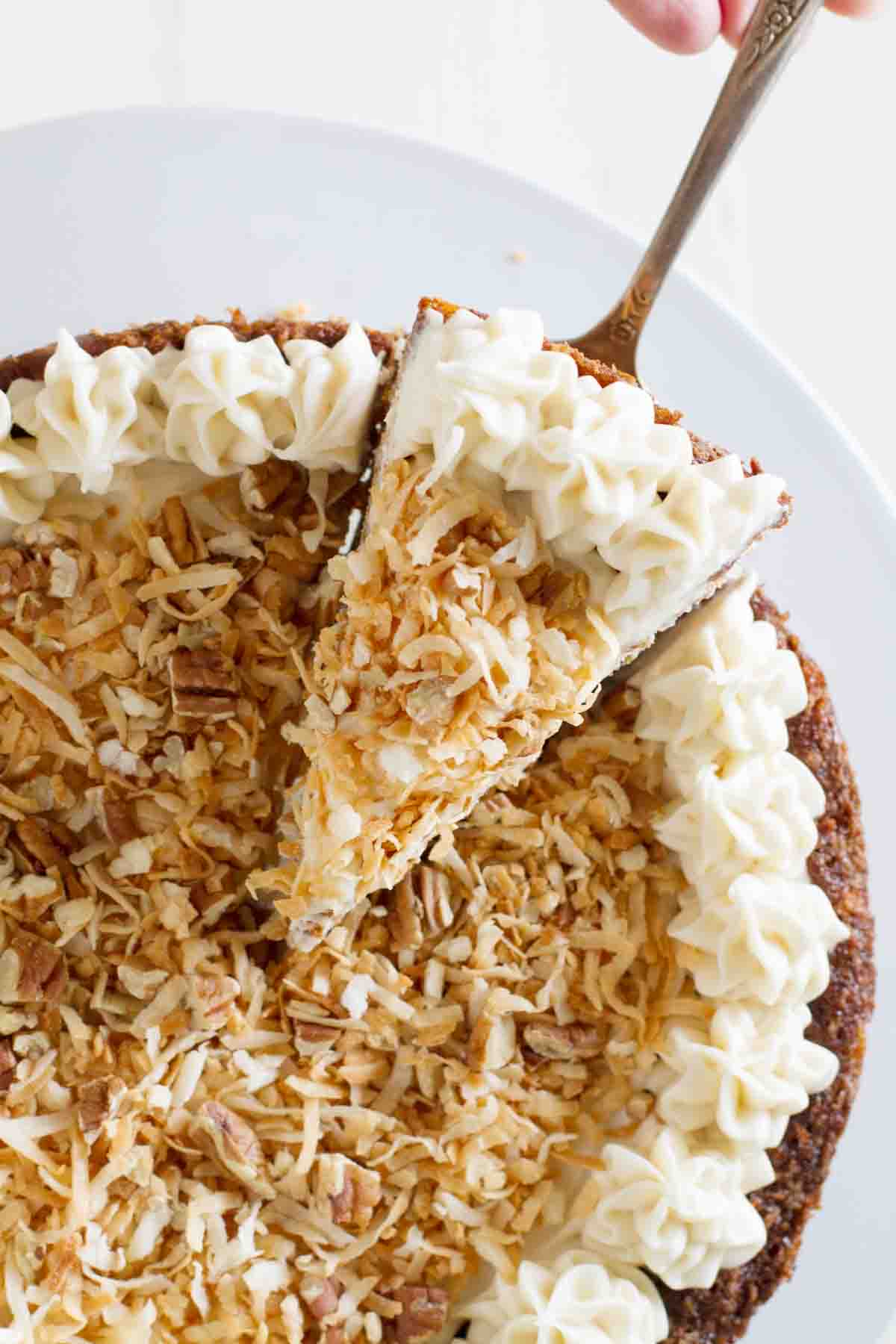 You make both the cake batter and the cheesecake batter, and start by par-baking the bottom cake layer. Load the cheesecake layer on top, and top with the remaining cake batter, then bake until cooked through. Once the Carrot Cake Cheesecake has cooled completely, you frost it with some cream cheese frosting, and top it all off with some toasted coconut and pecans. Sounds pretty dreamy, right??

Dreamy, it was. So dreamy, in fact, that after I cut into it, I immediately went to my neighborhood Facebook page and offered up half of the cheesecake so that I wouldn’t eat the whole thing myself. Because we all know I totally would.

This recipe does call for a 9″ springform pan. It seems to me like a 10″ pan is a more popular size, but luckily, I have both. But I did read an Amazon review that said they successfully made this cheesecake in a 10″ pan. But I have only tested it in the 9″.

I love that you get two desserts in one with this Carrot Cake Cheesecake. And I’m betting that if you make this dessert for your Easter guests, they will think you are a rockstar. At least I would. 😉 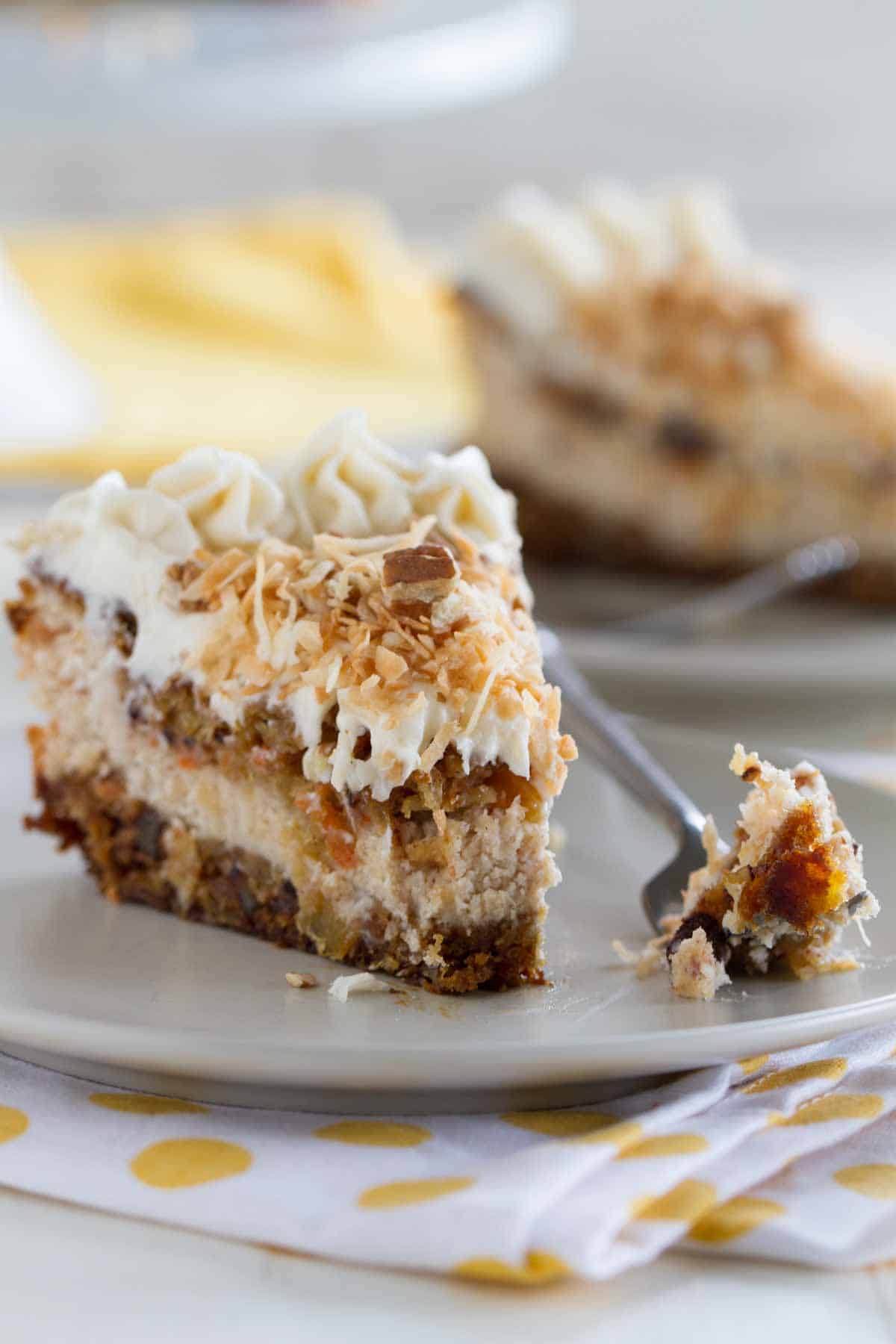 The best of both worlds – this Carrot Cake Cheesecake has two layers of carrot cake with a layer of cinnamon cheesecake sandwiched in-between. Perfect for any carrot cake lover or cheesecake lover!

Total time does not include cooling time. 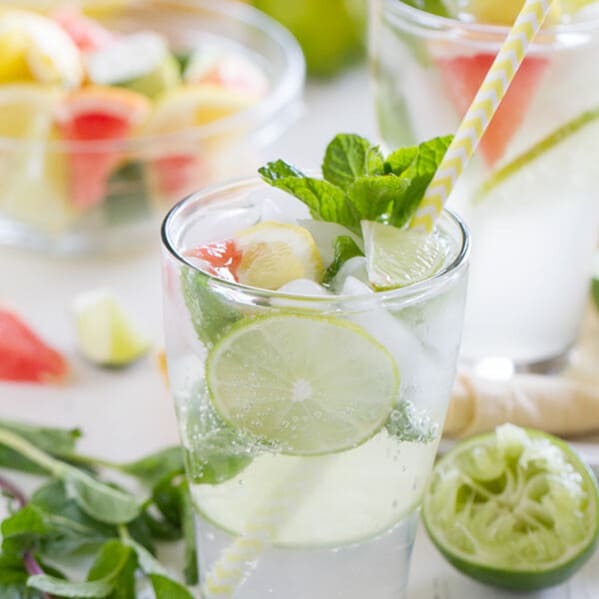 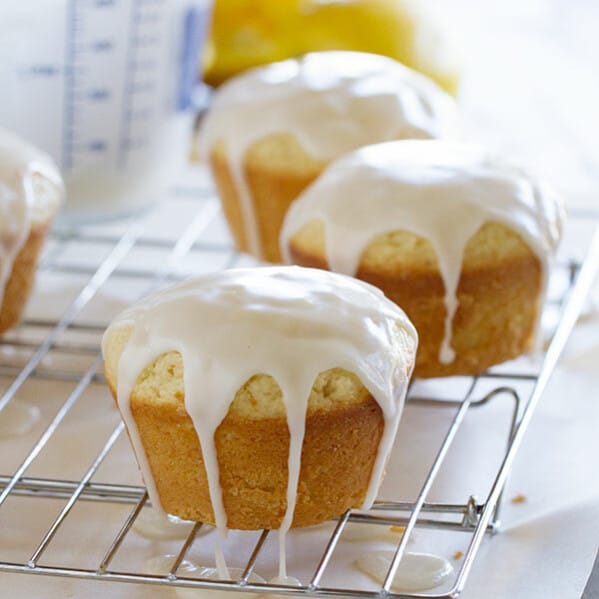