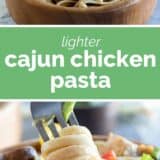 Filled with vegetables and a good kick of spice, you will never guess that this Cajun Chicken Pasta is actually a lighter meal!! 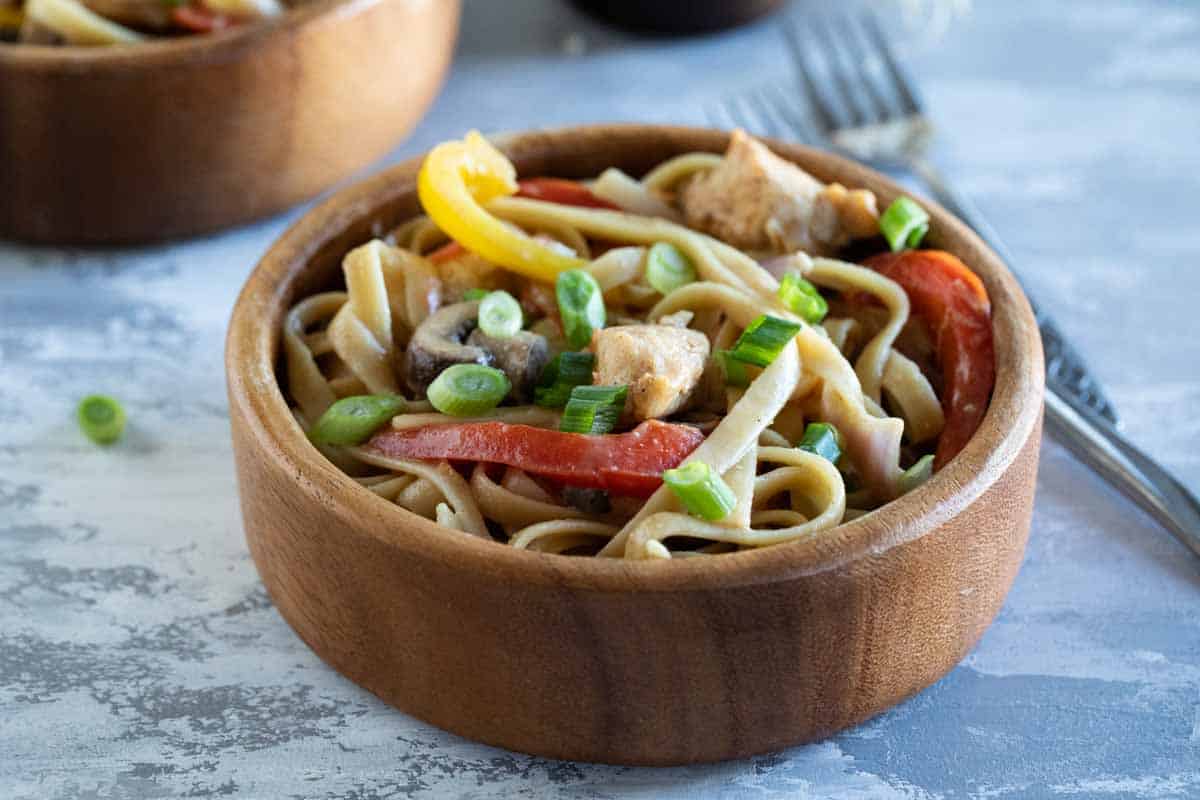 I’ve never been fond of “diet” food. And I’m always on the search for food that is not only good for you, but something that tastes like it’s not lighter. Something that my family will love.

Enter The Skinnytaste Cookbook. I’ve been following Gina Homolka’s blog – Skinnytaste – for quite some time now, and I’ve tried several of her recipes. And I think I may have been the last one to finally buy her debut cookbook.

But late or not, I’m glad that I finally did it. This book is full of recipes that I can’t wait to try – recipes that don’t scream diet. Food that is high in flavor.

I seriously could have made any one of the recipes in the book and been happy. I did have a hard time choosing my first recipe to go with. In the end, I couldn’t keep my hands from turning back to this Cajun Chicken Pasta. It also helped that I had some bell peppers in the fridge that I needed to use up.

We loved this. Devoured it. My family had no idea it was “lighter”. The slurry that you make with the cream cheese that makes the cream sauce? Just brilliant. I probably would add a touch more of the Cajun seasoning next time (just personal preference) but that’s the only thing I would do differently.

And one of my favorite things about this Cajun Chicken Pasta is that even though it’s lighter in calories, the portion size was still very generous. I seriously think that sometimes lighter portions are so small that you would have to eat 2 portions to even feel somewhat satisfied. But this portion size was plentiful and I was stuffed. 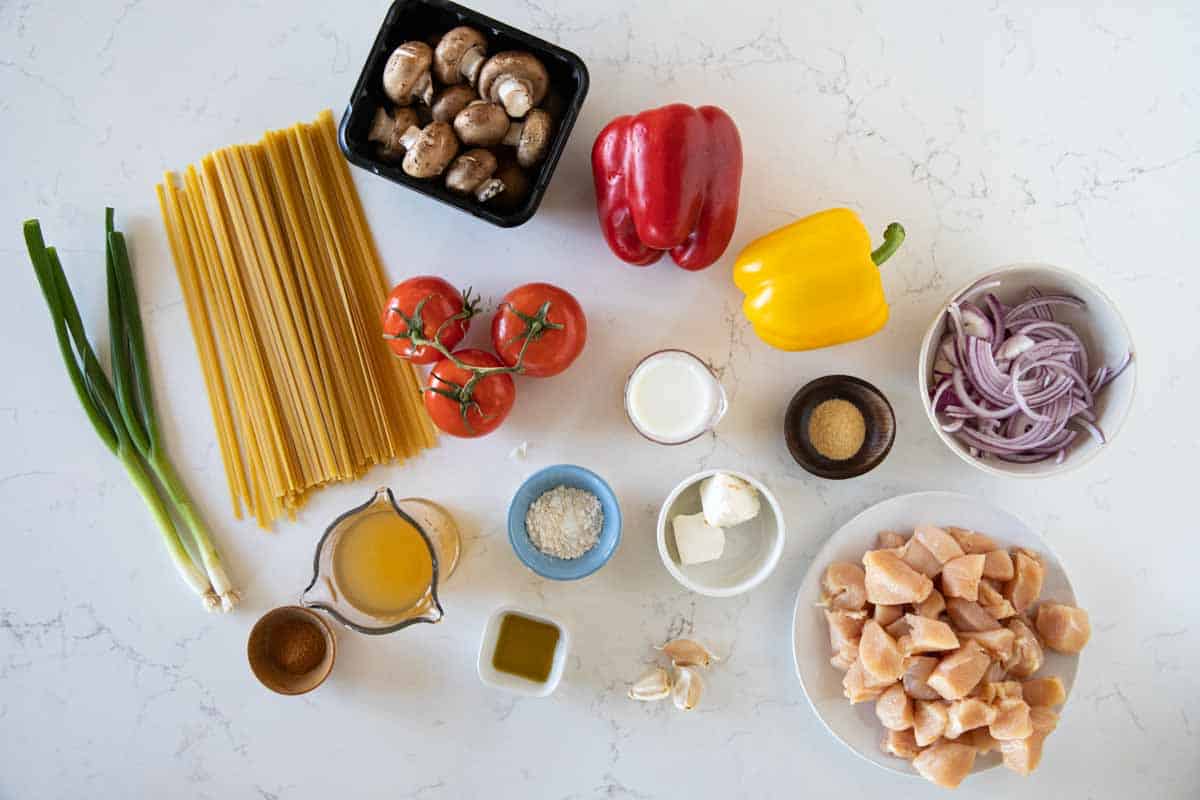 The ingredients in the recipe card (down below) are all for the “lighter” version. But you can always use non-light ingredients for a more indulgent version of this recipe. 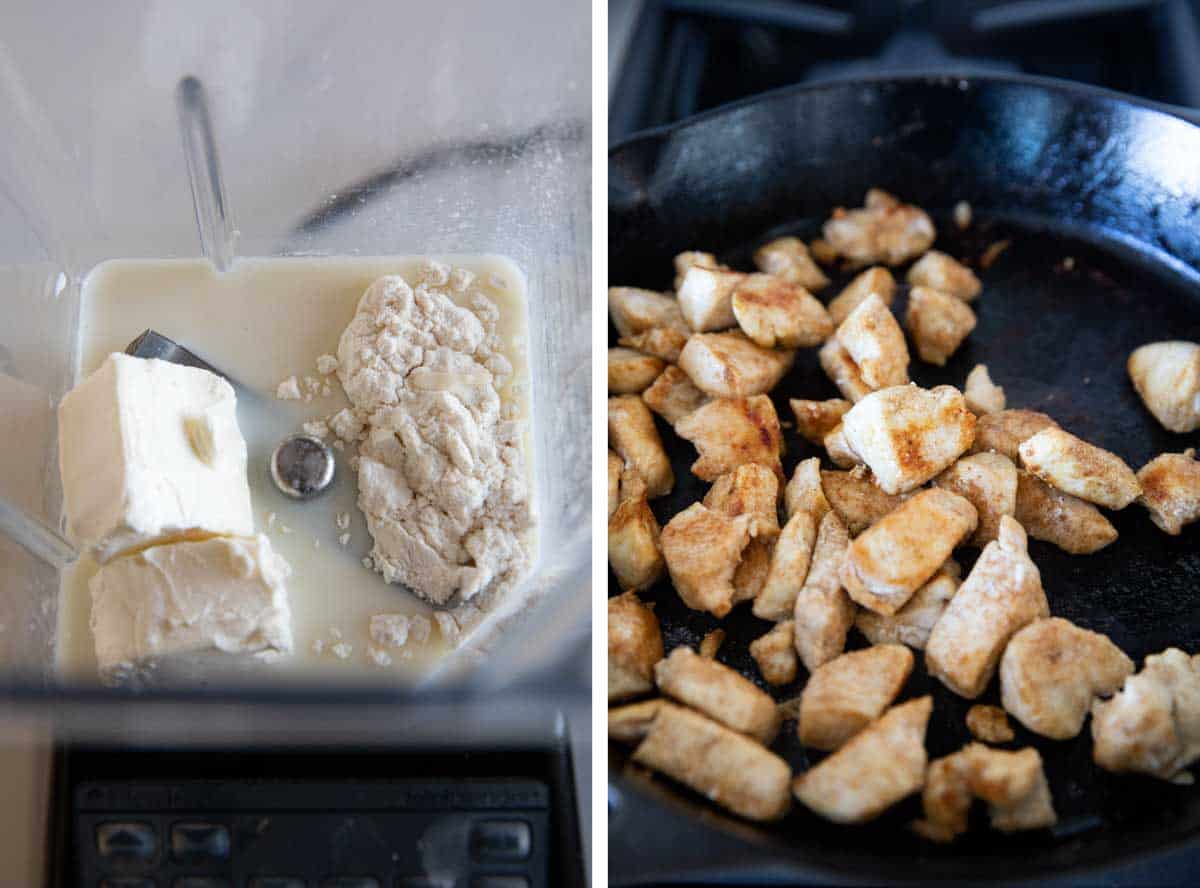 Less than an hour and you can have dinner on the table! Here is how you make it:

Start by combining the milk, flour and cream cheese in a blender. This will be for the sauce. Blend it until it is smooth, then set it aside.

Bring a large pot of water to a boil, then cook the pasta according to the package directions.

Season the chicken with some of the Cajun seasoning, garlic powder and salt. Cook the chicken in a large skillet over medium-high heat. Cook only half of the chicken at a time to make sure you don’t overcrowd the pan. Transfer the chicken to a plate. 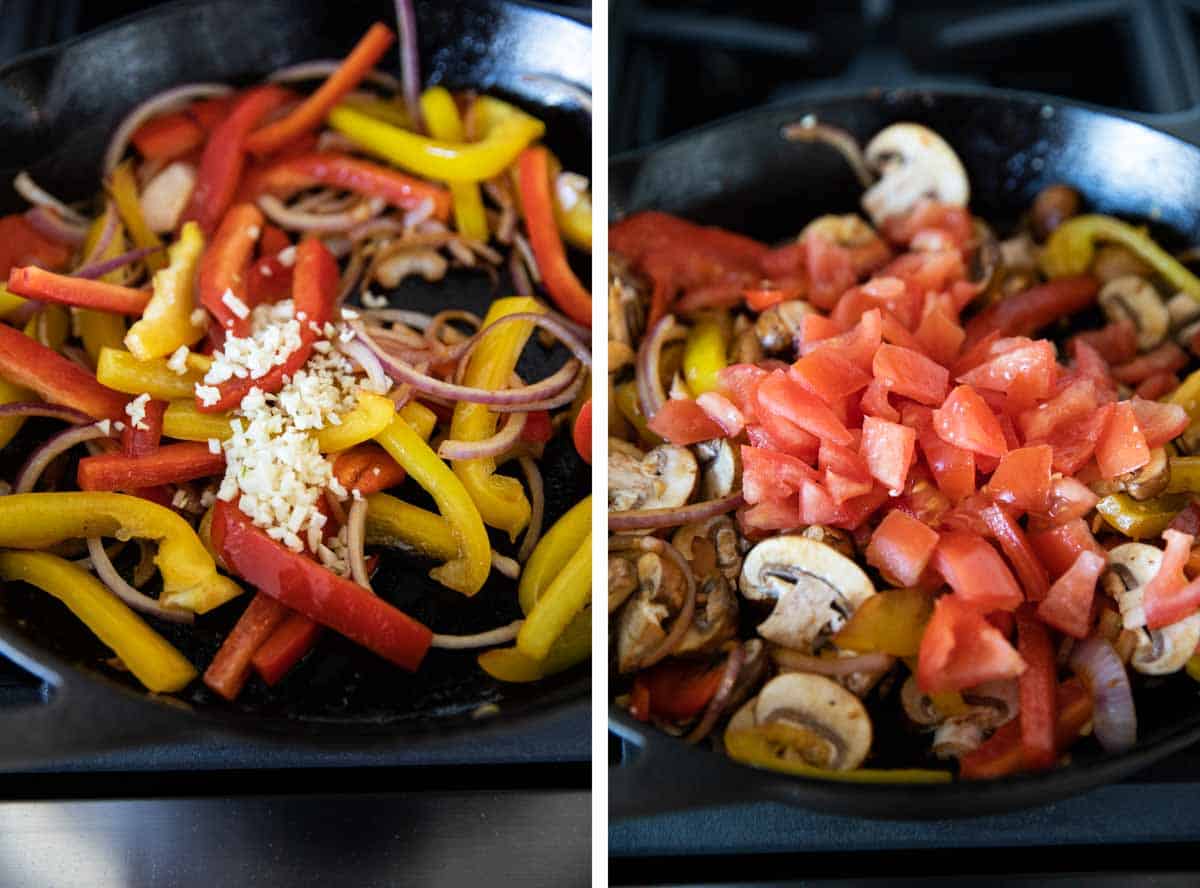 Add the olive oil to the pan, then add the bell peppers, onion and garlic. Cook until tender, then add in the mushrooms and the tomatoes and cook. Season the veggies with the remaining garlic powder, salt and pepper. 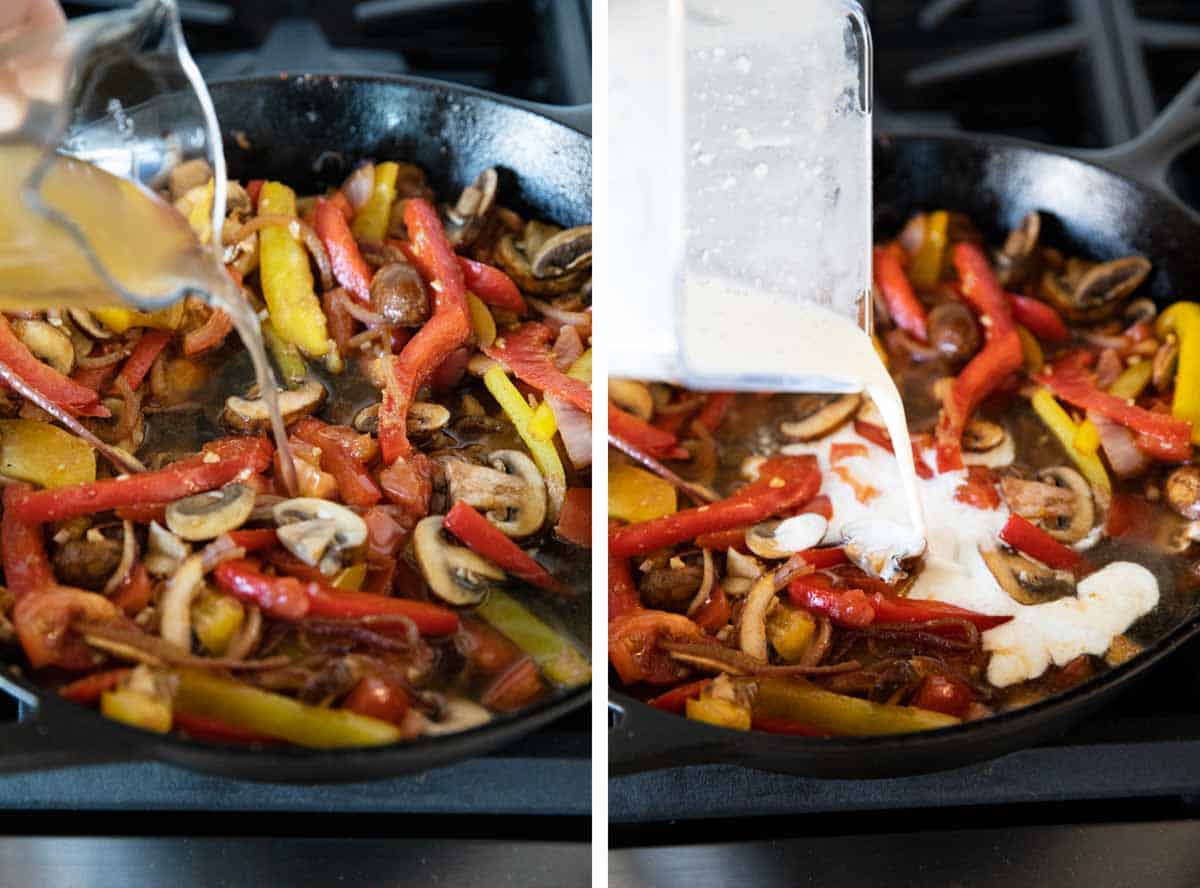 Reduce the heat, then add the chicken broth and the milk mixture that you had in the blender earlier. Cook until it starts to thicken. 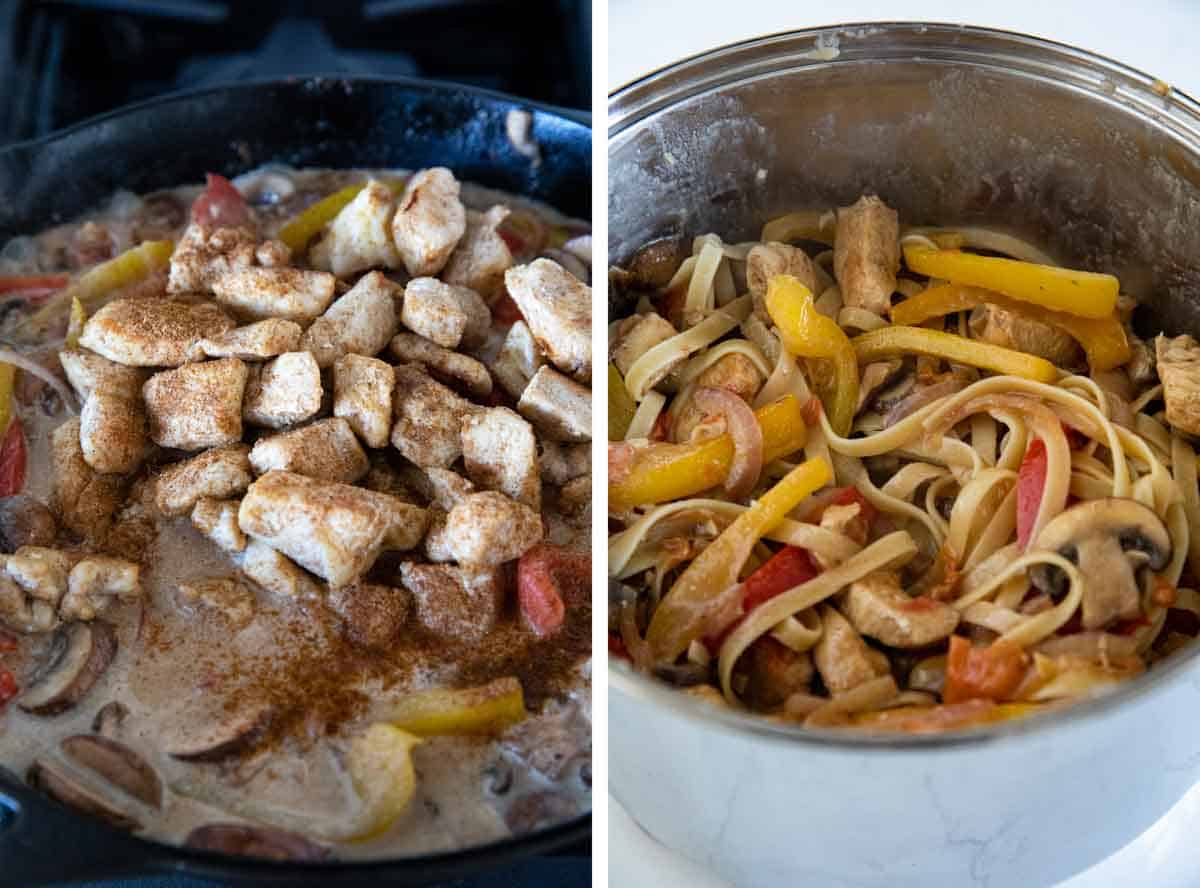 Add the chicken back to the skillet, add some more salt and the remaining Cajun seasoning. Add the linguine and toss to coat.

Divide the pasta between 5 plates, top with green onions and serve! 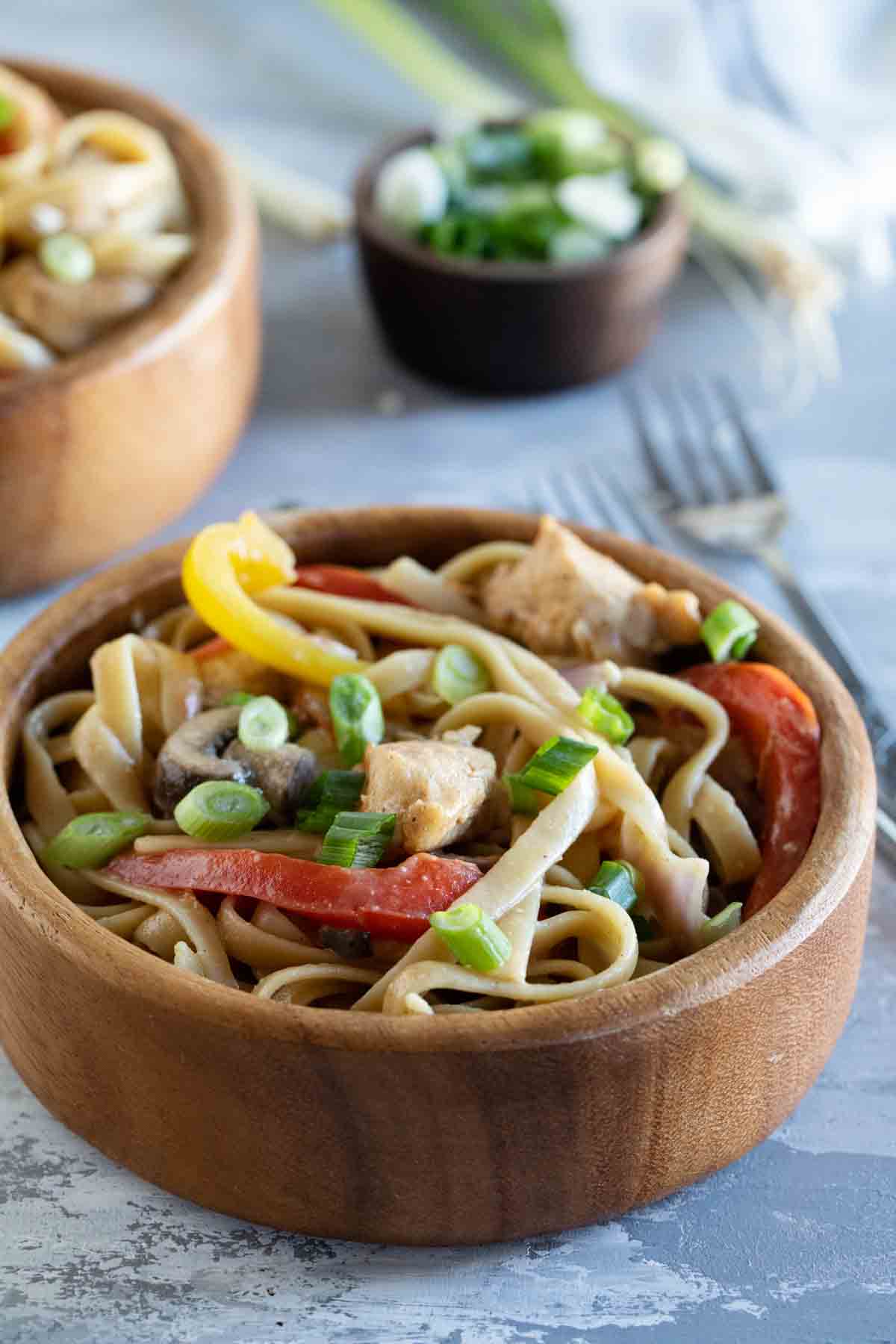 The sauce always starts off a bit thin for me. The longer it sits, though, the more it will thicken up. In fact, my husband likes it after it has been sitting for a little while to let the sauce really combine with the pasta and the chicken.

This has a little bit of heat to it (it will depend on your Cajun seasoning) but if you want more, you can add more Cajun seasoning, or add a few shakes of red pepper flakes.

Store any leftovers covered in the refrigerator. We will usually microwave the leftovers, but you can heat them on the stove top as well. If it has dried out, you can add a bit more chicken broth. 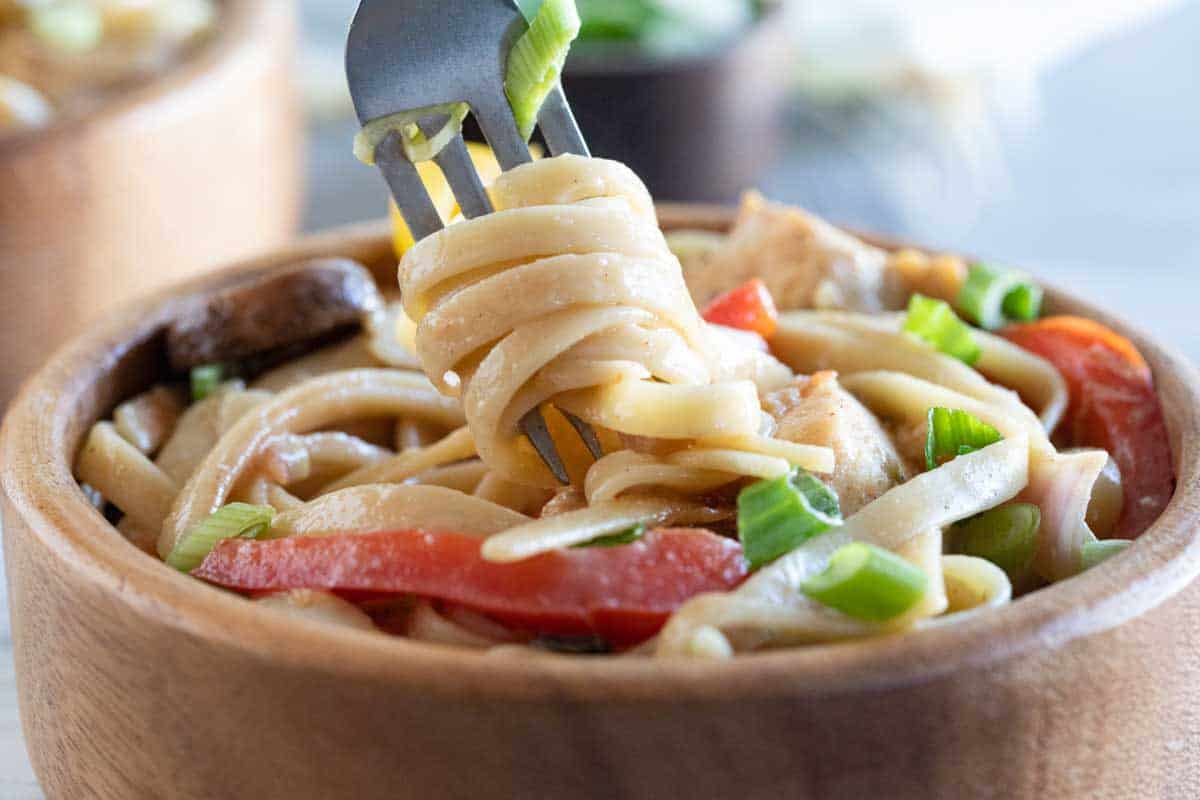 Filled with vegetables and a good kick of spice, you will never guess that this Cajun Chicken Pasta is actually a lighter meal!!

SUBSTITUTIONS: There are many changes you can make to make this a less “light” recipe. Regular milk can be used, and full fat cream cheese. You can also sub in different colored bell peppers or use chicken thighs instead of chicken breast. You could also use whatever pasta you like best – we like the linguine, but most pasta cuts should work.

STORE: Store leftovers in a covered container in the refrigerator for up to 3 days. If the pasta is dry when reheating, feel free to add in some extra chicken broth. 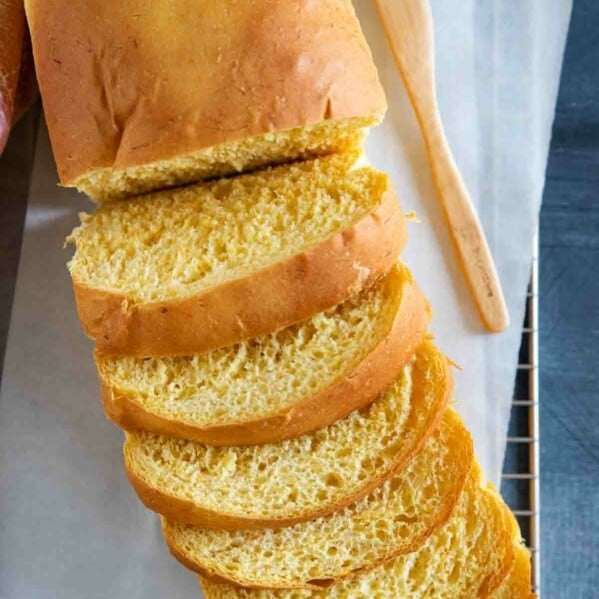 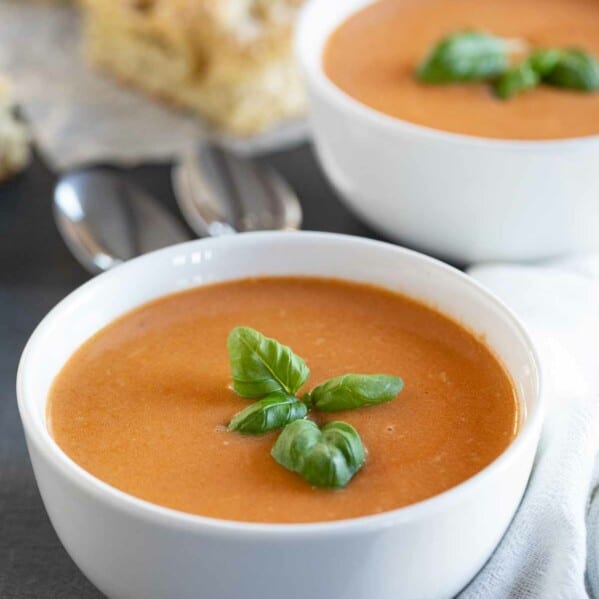