A copycat of the California Pizza Kitchen pizza, this BBQ Chicken Pizza is sure to be a crowd pleaser made at home! 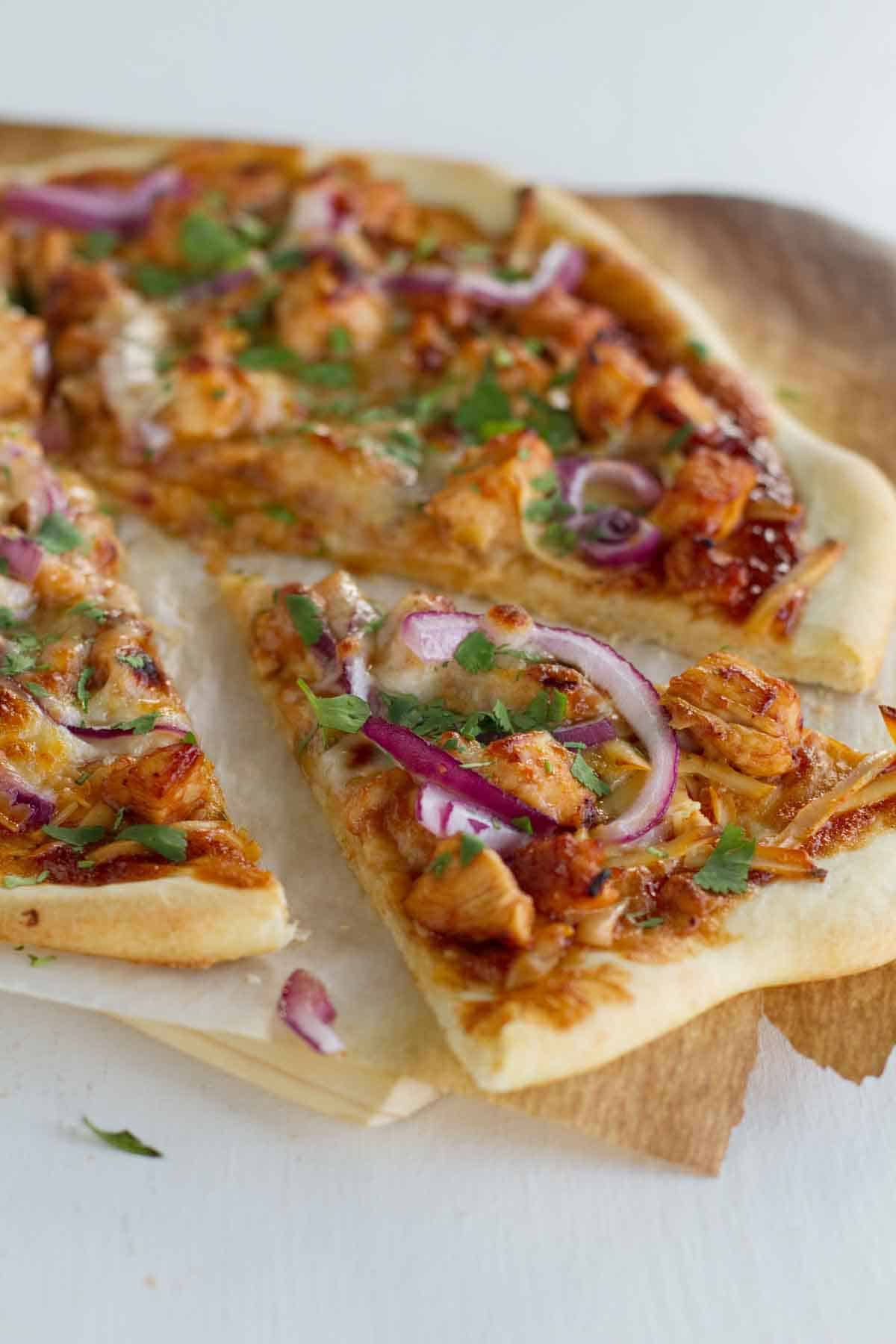 Originally published October 2, 2007 – I have been craving pizza, and this is one of my favorite pizza recipes, so I thought I’d bring it back up to the front today. This is a great copy-cat recipe that needs to be added to your menu!

I have realized lately that my stack of cookbooks is way too underused. Don’t get me wrong – it’s not that they don’t get taken off of the counter often to be read, and to have the pictures salivated over, but I don’t make a lot of recipes from them. I think it’s mostly because I end up planning on what I’m going to make for dinner while I am at work, and there is the internet filled with millions of recipes, and my cookbooks are sitting at home lonely. I went to Barnes and Noble on my birthday a few weeks back and bought a few new cookbooks, and it got me thinking. I have about 10 cookbooks on my “I want to buy right now” list, but I can’t justify it because I have not even been utilizing what I already have. So I have come up with a personal challenge – or my own personal “blogging event” if you will. I am allowing myself one cookbook purchase a month, but I have to make at least 3 recipes from that book in the month. At the end of the month, I will write my own personal review of the book. After all, you can’t adequately judge a book by making only one of the recipes and basing the whole book on that recipe. Now, I am not a cookbook critic by any means, but this will just be a personal opinion on the book. And to be honest, most of the books I want have already been raved about on other food blogs, so most likely, the cookbooks will get good reviews! I will hopefully make it to the store today to buy my first choice for the month of October – which (if I do make it to the store) I will announce tomorrow.

That being said, the recipe I am posting about today does not come from October’s cookbook, but it does come from a cookbook! I believe I received this book – Top Secret Restaurant Recipes – as a Christmas gift many years ago. It is full of popular chain copy cat recipes – everywhere from Olive Garden to Red Robin. I have looked through the recipes many times, but have never made anything from the book. It’s not full of pretty pictures (like most of the cookbooks I love to look through!) but he does draw diagrams of how the food is put together. Not really necessary, in my opinion, but something to look at nonetheless!

I was craving pizza one night, and have not made homemade pizza before. I know, I know – who has not made homemade pizza before? Well, my excuse is that I never had a baking stone, and I didn’t want soggy crust, so it was always Papa Johns. Well, I found a partly used gift card to Bed, Bath and Beyond that we received for our wedding, so a baking stone was one of the items purchased with that gift card.

I decided to make the California Pizza Kitchen Original BBQ Chicken Pizza. This pizza dough is supposed to rest in the fridge overnight, but really, when I want pizza, I want it now! I ended up making the dough before work (it went together really quickly) and setting it out to rise for a few hours. My husband was not working that day, so he was assigned to put it in the fridge after a couple of hours. That night when I got home, I took it out of and let it rise again for about 30-45 minutes. Throwing the rest of the pizza together was a cinch, and before we knew it, there was homemade BBQ chicken pizza on the table.

This recipe is extremely good. The pizza dough was good, but because I have seen recipes that come together a lot faster, I probably will keep looking for the perfect, quick pizza dough. I would say that overall, this pizza was just as good – or better – than going to California Pizza Kitchen. And the baking stone? I think it makes all the difference. Pizza crust just doesn’t taste like pizza crust when it is cooked on anything else!!

A copycat of the California Pizza Kitchen pizza, this BBQ Chicken Pizza is sure to be a crowd pleaser made at home!

To make the crust:

To make the pizza: 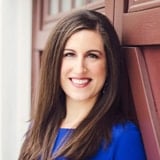