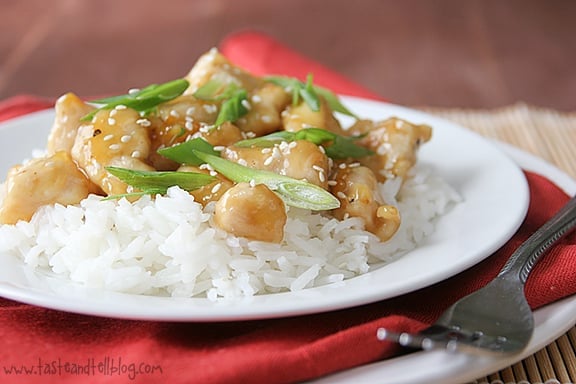 There are some inventions that I both love and curse at the same time.  After we sold our house, and while we were looking for somewhere to live, you might remember that I lived with my parents.  They had regular old cable.  No pushing a button to see what is on next, no rewinding or pausing, no being able to find out all of the information you want about a tv show.

I am a dvr addict.  In fact, when I sit down to watch tv, I rarely watch what is actually on.  It’s always what is on the dvr.  American Idol, Rachael Ray, Smash.  If it’s not on the dvr, I probably don’t watch it.  (With exception to a few Food Network nighttime shows and House Hunters – I always have one on when I go to bed at night!)

For those few months, I thought I was going to die without my dvr.  But I actually learned how to live without it, and it was actually kind of freeing.

I’ll usually flip to the dvr when I sit down to work at night, after the kids have gone to bed (and after hubby usually falls asleep on the couch).  Lately, after I hit that button, I start to panic, seeing everything there that I need to watch.  It’s kind of like my Google Reader lately – I just can’t seem to get caught up.  As soon as I work through a little bit of it, I turn around and it is full again.

So yeah – as much as I love that little piece of technology, I sometimes long for the simple life!! 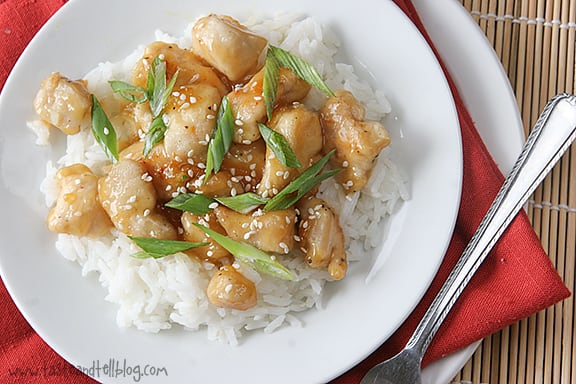 Do you know what is simple?  This chicken dish.  It’s a wink and a nod to everyone’s favorite take-out dish, but a lot healthier – since you’re not deep frying anything.  It’s so easy and fast, that it is definitely better than hitting up the Chinese restaurant.  Serve it over rice, and you have a simple, family friendly meal that you can feel good about eating.  While you are sitting in front of the tv.  Catching up on your dvr’d shows that seem to multiply.

I’m headed back to the tv…

An easy and delicious take on everyone’s favorite take-out dish! 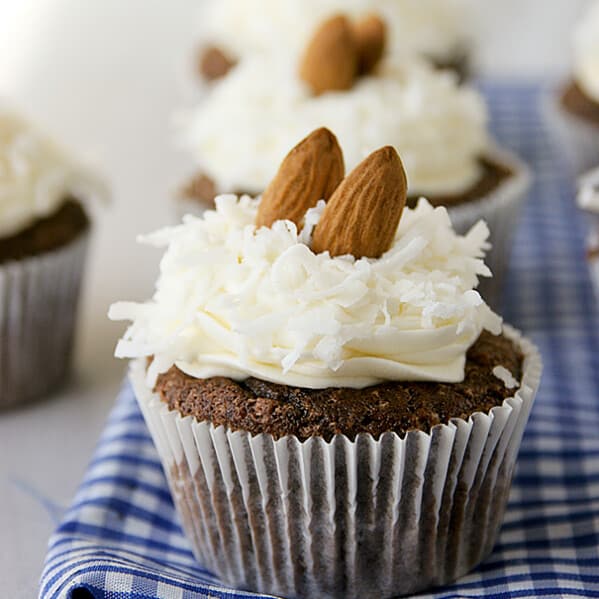 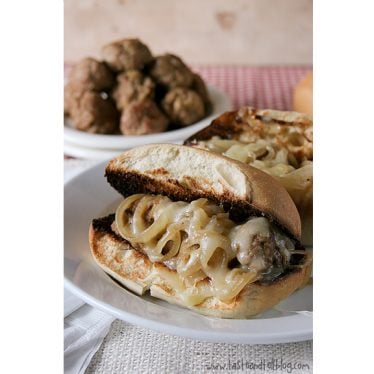