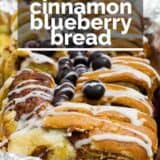 Blueberries and breakfast are a match in heaven. (Hello, blueberry waffles!) So why not take the combination camping? This Campfire Cinnamon Blueberry Bread Recipe is a camping breakfast the whole family will go crazy for!

This Campfire Cinnamon Blueberry Bread Recipe would make a perfect camping breakfast. It’s pretty easy, and it tastes great. If you are a fan of baked French toast, you’ll love this recipe.

I like to keep things simple, and I love that I can prep the ingredients before I leave, then making it in the morning is super easy. And the kids always love it!

Cinnamon Bread: I just used a loaf of cinnamon swirl bread from my grocery store’s bakery, but you could use cinnamon raisin bread, as well. Or feel free to use a homemade loaf, as well!

Eggs: I use large eggs.

Milk: I use 2% because that is what I keep on hand.

Cream: I use heavy whipping cream. You could also use half and half in place of the milk and the cream.

Maple Syrup: I like to use real maple syrup.

Vanilla: You could also change this up and use another extract – almond extract would be delicious!

Powdered Sugar: The powdered sugar and some cream make up the glaze you drizzle on top. You can also leave this off if you don’t want to mess with it.

PREP: Lay out two sheets of heavy duty foil, spray with nonstick cooking spray, and place the loaf of bread in the center. Bring the foil up around the bread, forming a sort of bowl.

Pull the slices apart a bit, then pour your egg/milk/cream mixture over the top evenly, trying to soak each piece of bread. Sprinkle the blueberries over the top, pressing some down between the slices.

Place another layer of foil over the top and crimp the edges to seal the bread in. Place on a campfire grill over the coals.

COOK: Let the bread cook until the egg mixture is cooked. This will take about 30 minutes, but this will all depend on how hot the coals are. You will also want to make sure and rotate it a few times during the cook time since the heat is not regulated and it won’t cook at the same temperature on all sides.

SERVE: Once cooked through, let the bread sit for 1o minutes. While it is sitting, combine the powdered sugar and remaining cream in a ziplock bag. To serve, drizzle the glaze over the top. Serve as is, or with more blueberries, maple syrup, or powdered sugar.

You’ll also want to make sure you have a knife, because you’ll need to slice the bread again (especially at the bottom) after it cooks. We didn’t have a knife with us, and we ended up just pulling it apart with our hands.

Make sure your fire has burned down to coals. You don’t want big flames.

I used a campfire grill like this one to put over my fire.

Serve up the slices with a sprinkling of powdered sugar or a drizzle of maple syrup, and you have a great camping recipe.

Make sure you bring a knife along, as the bottoms of the pieces will stick together because of the egg mixture.

adapted from TASTE OF HOME SUMMER 2016 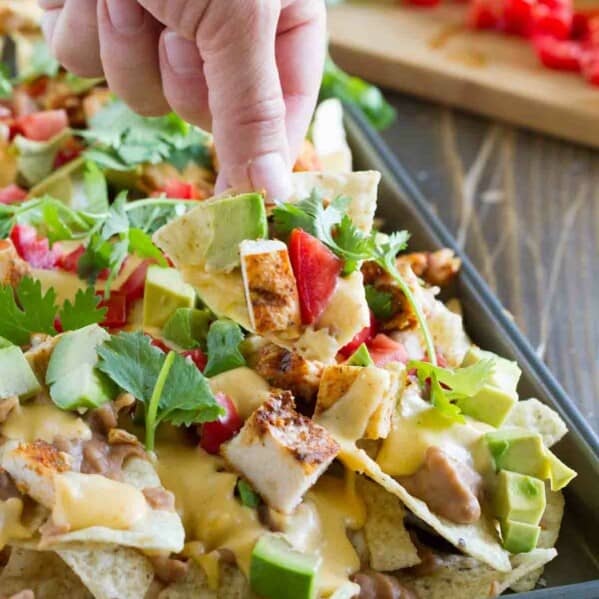 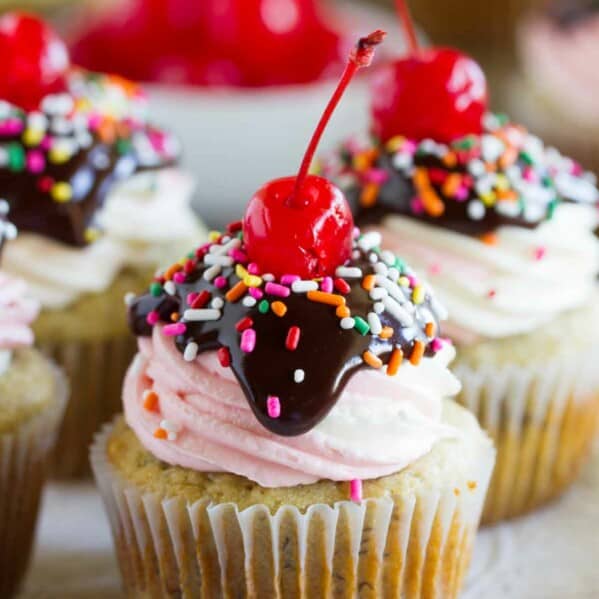