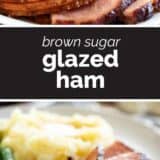 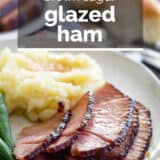 This Brown Sugar Glazed Ham is a simple yet delicious addition to any holiday table. Sweet, savory, and a little bit tangy, you won’t believe how easy this ham glaze is!

A ham dinner is a holiday classic! Serve this Brown Sugar Glazed Ham up with as side of sweet potato casserole or funeral potatoes, dinner rolls, Snickers salad, and scalloped corn and broccoli for a full feast. 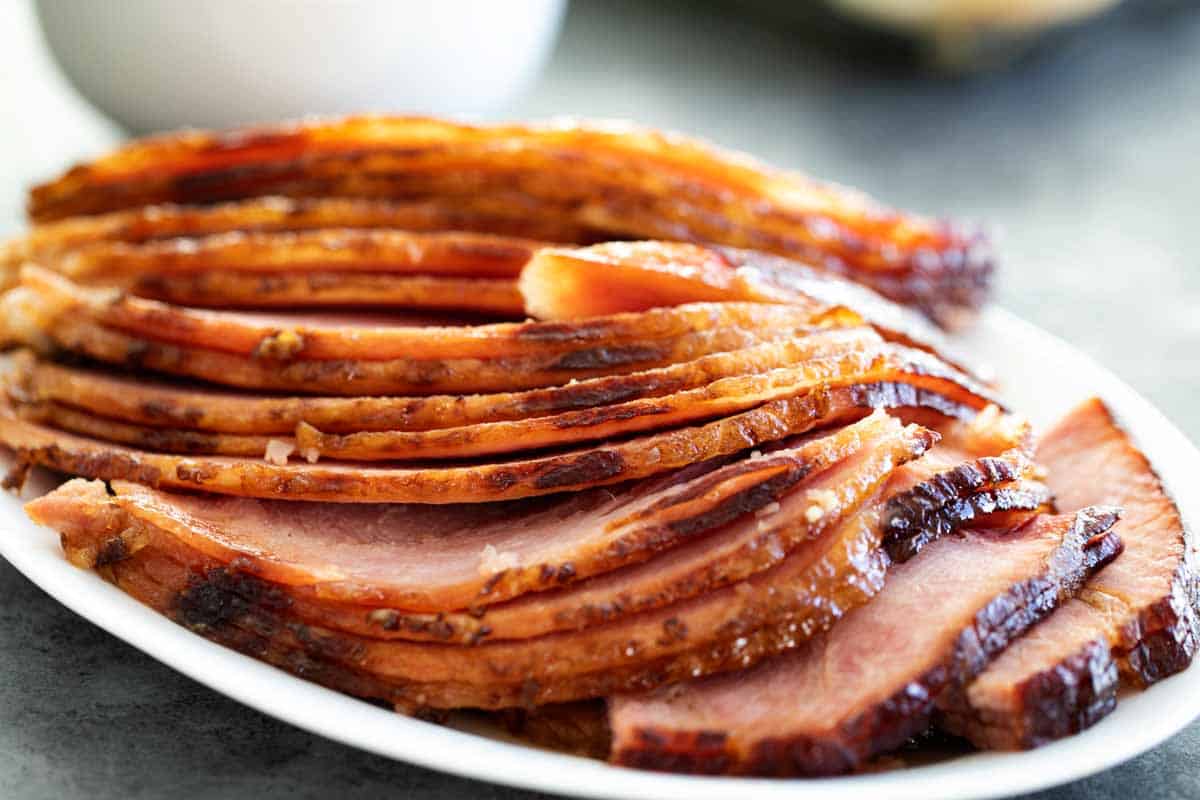 Are you team turkey or team ham?

Ok – I won’t make you choose a favorite, but I really love a good holiday dinner with a ham at the center of the table.

I think a lot of times, people are intimidated when it comes to making a ham, but it really is one of the easiest things ever.

With this Brown Sugar Glazed Ham, we are ditching the glaze packet that comes with the ham (that is usually filled with all sorts of things we can’t pronounce) and going easy. The ham glaze is made from 4 ingredients that you most likely already have on hand.

How to Prep the Ham

When you are making a ham with a glaze, one of the biggest ways to get the most flavor is to score your ham. This ham was spiral cut (more on that below), but the top of the ham still needed to be scored so that the flavor can seep in. 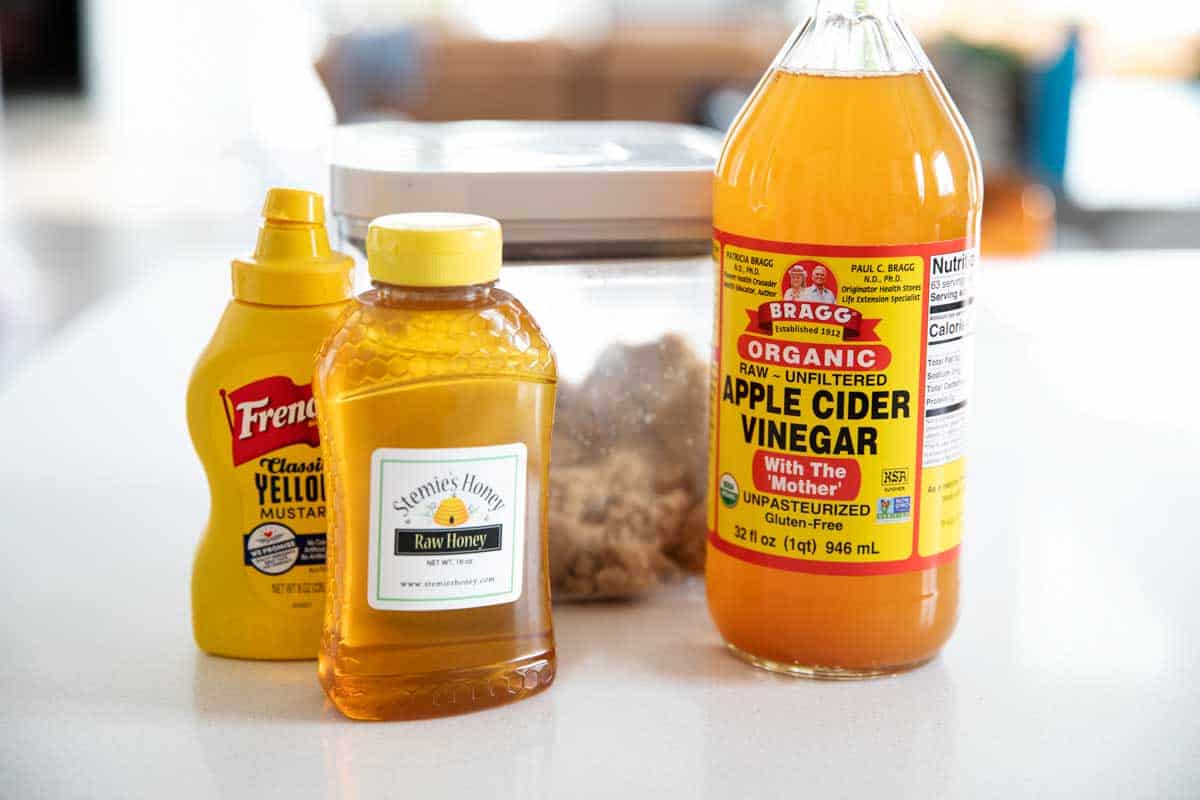 How to Make the Brown Sugar Ham Glaze

All you need for the ham glaze is brown sugar, honey, apple cider vinegar and prepared mustard. 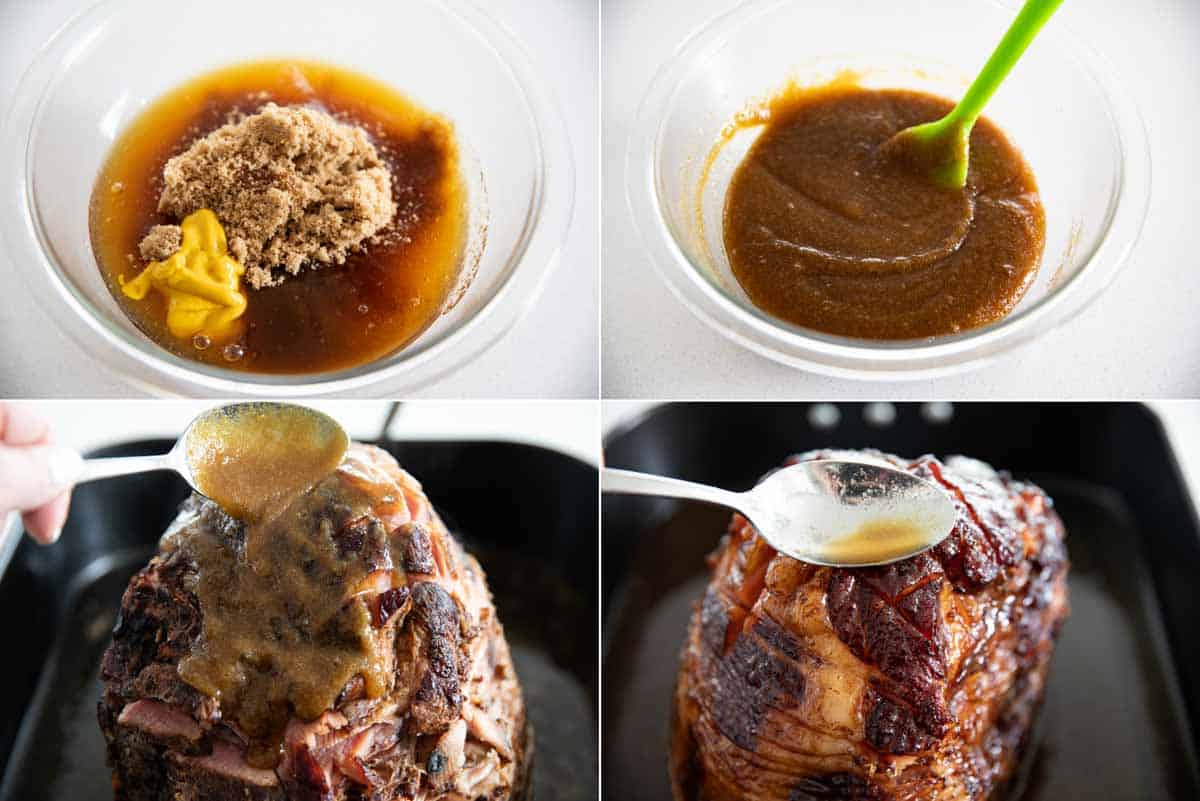 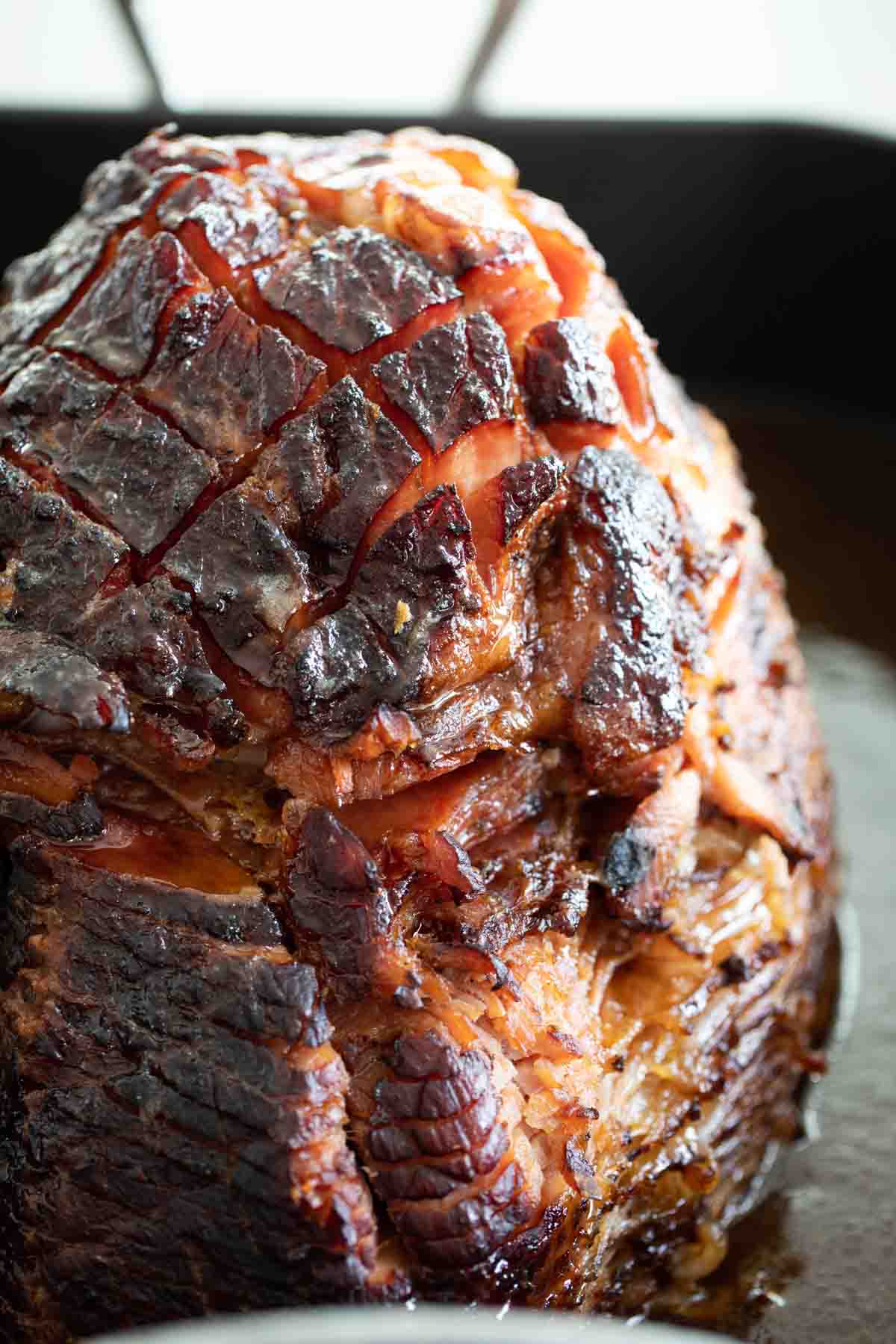 How Long to Bake a Ham

The ham that you’ll use for this recipe is actually already cooked – you are basically just warming it through. But because it is a big piece of meat, it will take some time.

If you are baking a boneless ham, you’ll need anywhere from 10-15 minutes per pound. But these usually heat faster because they weigh less.

These days, spiral cut hams are the easiest hams to come across. That will totally work in this recipe, but you have to be careful because they tend to dry out faster because they are precut. That is why you need to keep the ham covered with foil. If you can find a bone in ham that is not already spiral cut, that will have the best flavor. (Although then you’ll have to cut it all yourself!)

You do want to make sure you are using a pre-cooked (or smoked) ham. If you by chance can find and uncooked ham, it will take longer to bake.

I love using a bone in ham not only because the flavor is so good, but you can also save the ham bone for soup the next day or to make stock.

Ham can be served warm or at room temperature. This works well if you need your oven to bake something that needs to be warm after the ham. I would suggest keeping it covered with foil, though, as it can start to dry out if just left out. 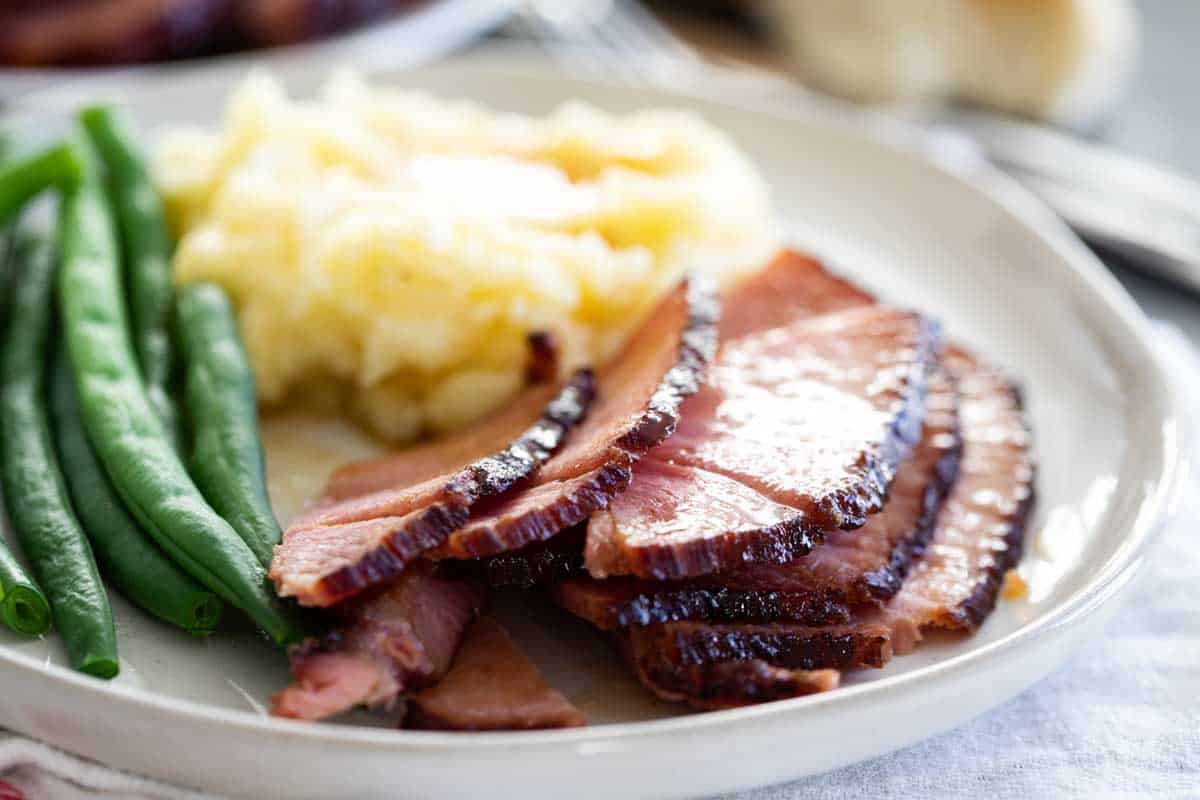 This Brown Sugar Glazed Ham is a simple yet delicious addition to any holiday table. Sweet, savory, and a little bit tangy, you won’t believe how easy this ham glaze is!

*I prefer a ham that has not been spiral cut, but they are a lot harder to find. A spiral cut ham will work just fine, they just tend to dry out easier. Make sure to keep the ham covered with foil while baking to ensure a moist ham. 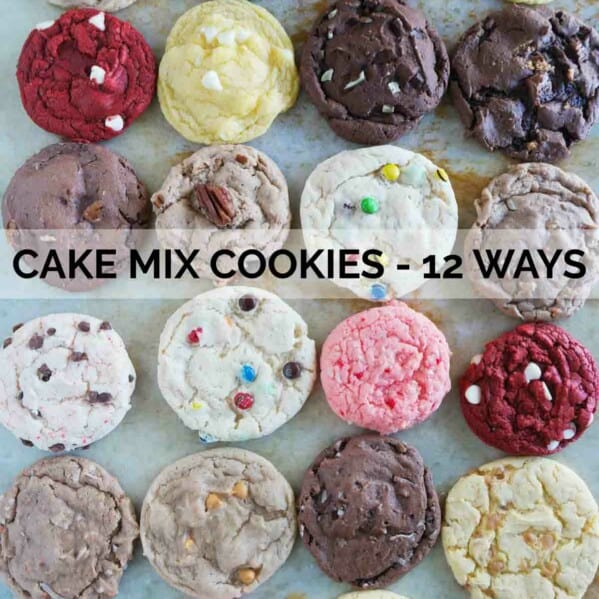 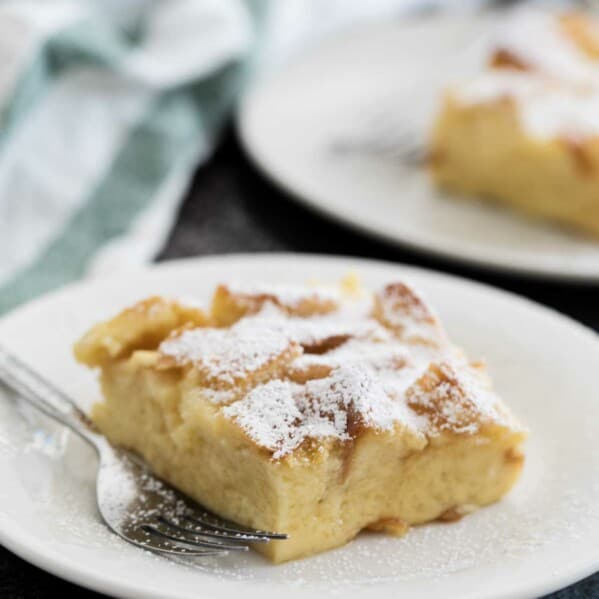