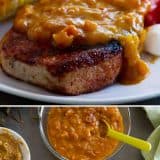 These Spice-Rubbed Pork Chops with Mustard Bacon Barbecue Sauce are pork chops with a punch! Boneless pork chops are enhanced with a simple rub, then served with an easy homemade barbecue sauce. 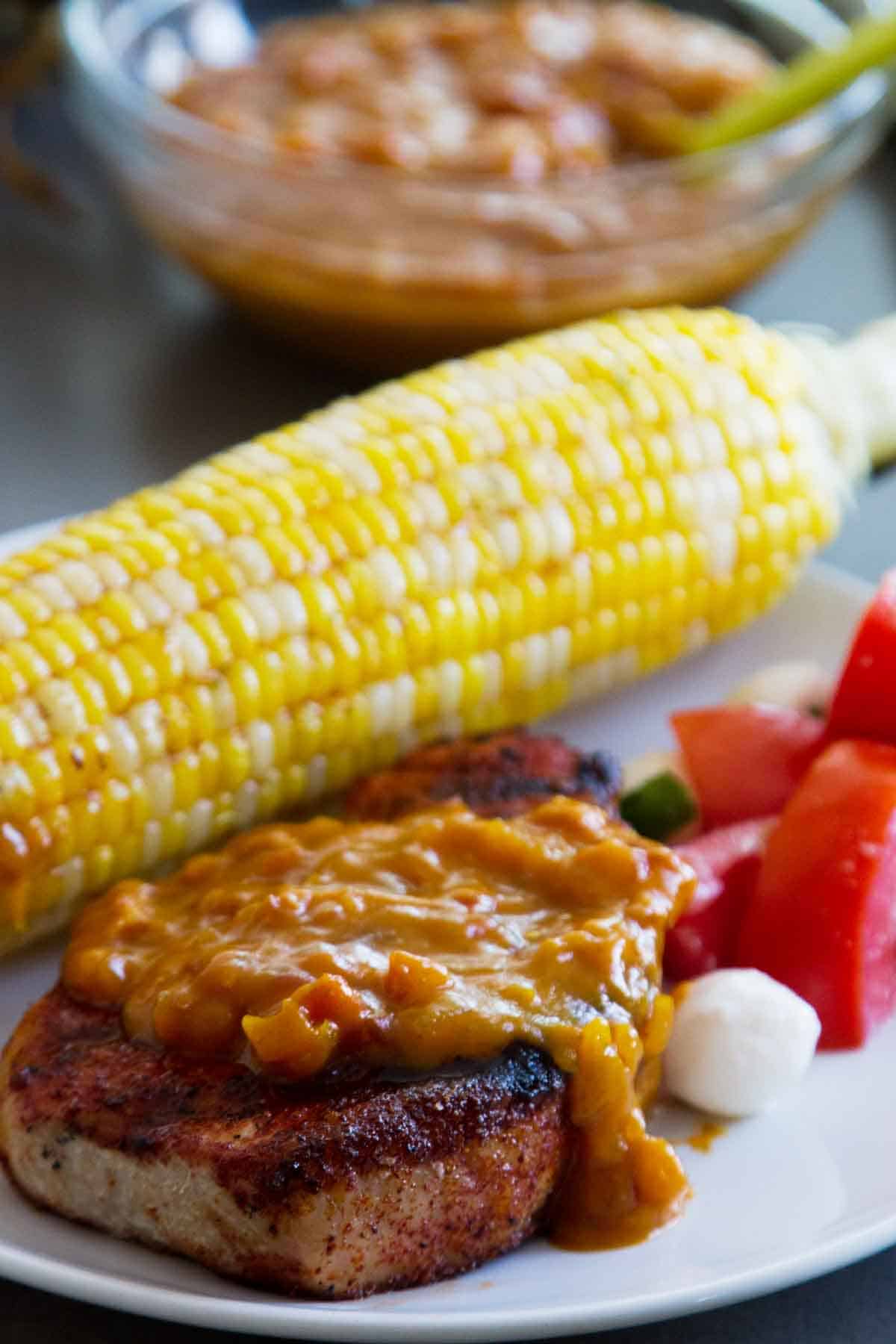 I’m a sucker for a good magazine cover. I see a delicious meal gracing a cover, and I can’t help but want to make it. So when I received my June issue of Cooking Light, I fell in love with the photo of the Spice Rubbed Pork Tenderloin with Mustard Barbecue Sauce, Grilled Corn on the Cob with smoked butter, and Tangy Mustard Coleslaw. I wasn’t cooking that much then because of the pregnancy, so the magazine just kept sitting on top of my kitchen counter. Many times, I tried to put the magazine away, but I couldn’t get myself to do it until I had made that meal. And earlier this month, I finally got around to making this meal that I had been wanting for so long! 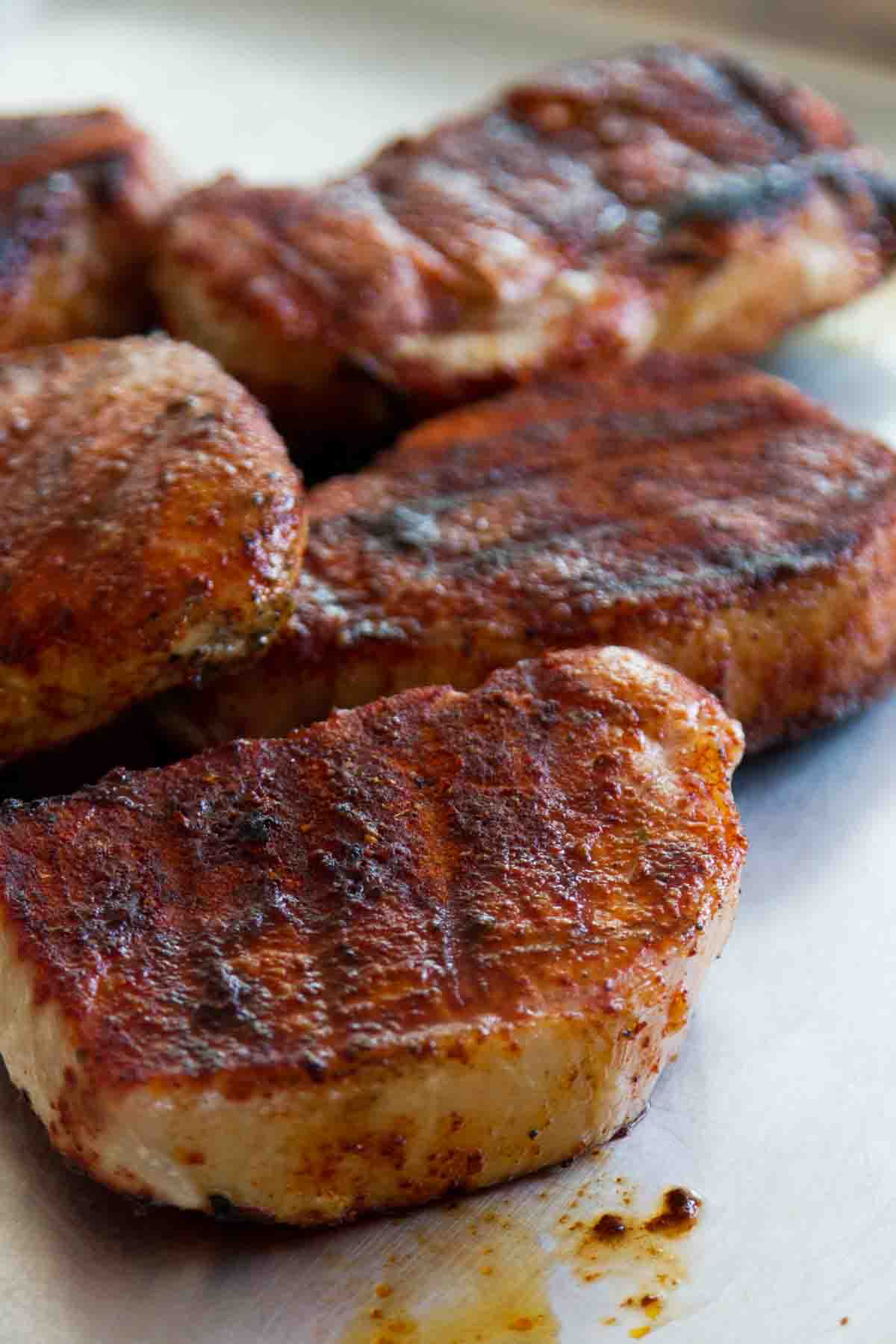 As much as I wanted to make the coleslaw, I had some ripe squash and zucchini from the garden, so those were substituted. And I had some boneless pork chops in the freezer, so I used those instead of a pork tenderloin. This was such a satisfying meal!

The barbecue sauce for the pork was everything I had imagined it to be, and I’m sure I’ll be using it again. The pork was a little over-spiced for me, but I’m blaming that on the pregnancy, because I’ve been liking plain flavors over anything really spicy or packed with flavor. But these Spice-Rubbed Pork Chops were my idea of a GREAT summer meal! 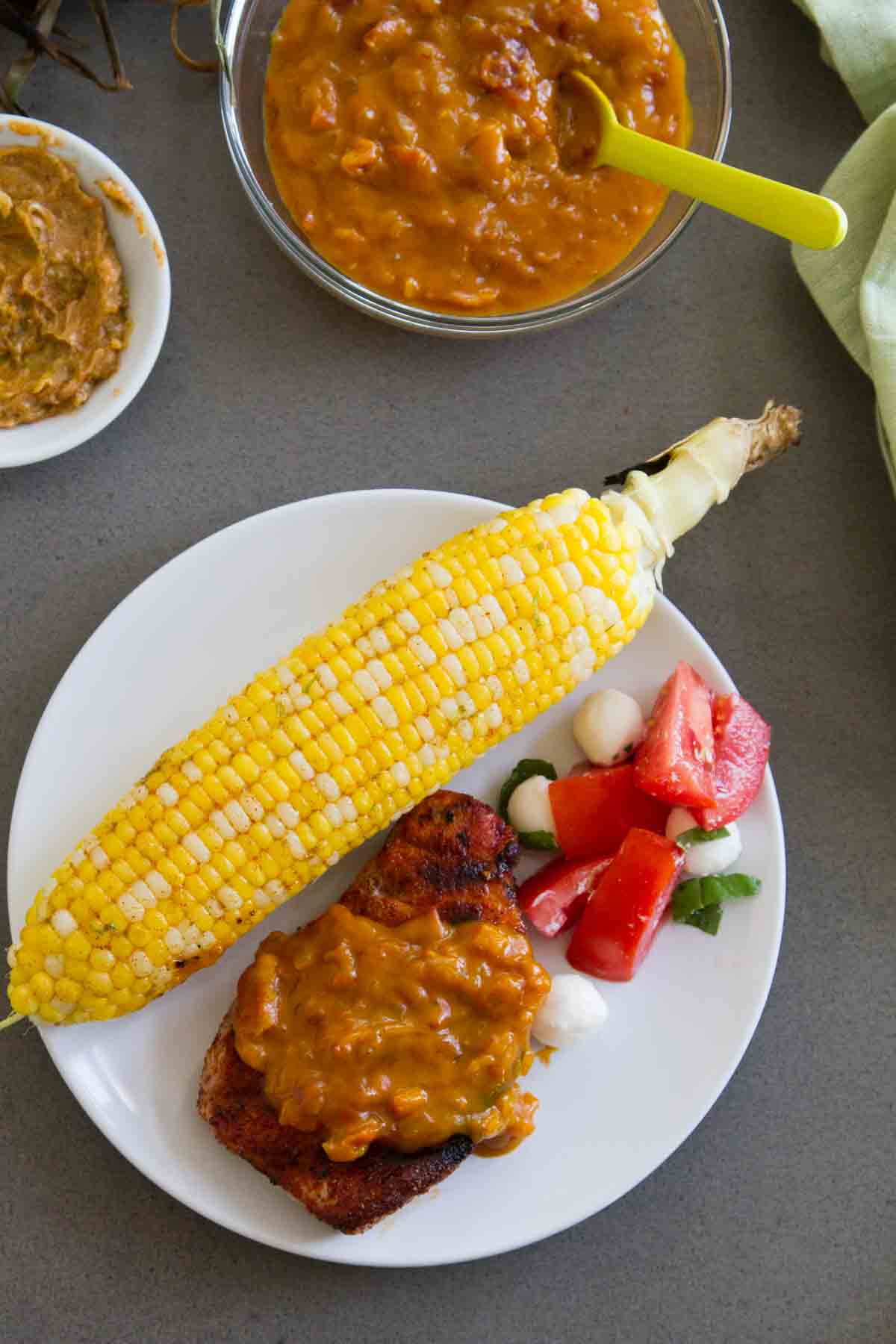 These Spice-Rubbed Pork Chops with Mustard Bacon Barbecue Sauce are pork chops with a punch! Boneless pork chops are enhanced with a simple rub, then served with an easy homemade barbecue sauce.

To make the bbq sauce:

Cook the bacon in a medium saucepan until almost crisp. If necessary, drain the grease, reserving 1 tablespoon in the pan.  Add the onions and cook, stirring often, until softened, about 4 minutes. Add the mustard, honey, ketchup, vinegar, chili powder and cumin.  Stir to combine, and bring to a boil.  Reduce the heat and simmer until slightly thickened, 4-5 minutes.  Keep warm.

To make the pork chops:

Heat a grill to medium-high heat.

In a small bowl, combine the brown sugar, paprika, chili powder, garlic salt, cumin and pepper.  Rub the mixture evenly over the pork chops.  Place the pork chops on the grill and cook, turning once, until the internal temperature is 140ºF, about 12 minutes total.  Remove from the grill to a plate and cover with foil.  Let sit for 5 minutes to let the temperature come up to 145ºF.

Serve the pork chops with the bbq sauce. 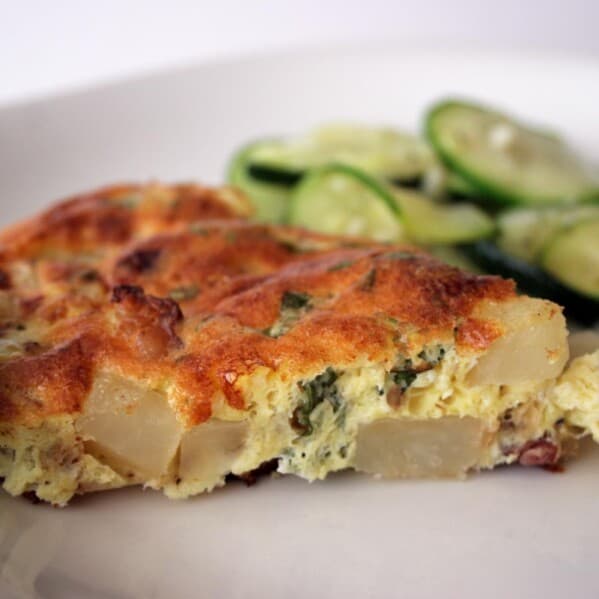 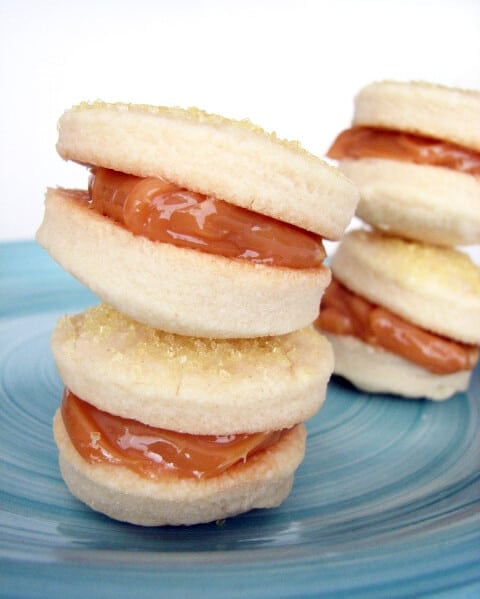