Do you love spinach-artichoke dip? Then you will love this spin – turning the popular dip into a French bread pizza!

There are 2 flavor combinations that I am always drawn to. (Ok, probably more than 2, but these 2 are the ones that are sticking out to me right now!) The first is buffalo chicken. Who doesn’t love buffalo chicken? Even my spicy-hating husband loves to get buffalo wings. The second? Spinach & artichoke. It’s a dip that you will often find at parties, and just about everyone loves it.

And so does Rachael Ray. I’m always drawn towards her buffalo inspired dishes, and I am always drawn to her spinach-artichoke dishes. (Remember this Spinach and Artichoke Mac & Cheese I made quite some time ago? Or how about the Artichoke, Tomato and Spinach Pizza?)  And here is another winning adaptation of that wonderful dip – Spinach-Artichoke French Bread Pizza.

I don’t know why I hadn’t thought of something like this before.  It’s pretty brilliant, if you ask me.  You get to eat the dip for dinner!  I did have a couple of things that I would change for next time, but this was a great dinner! 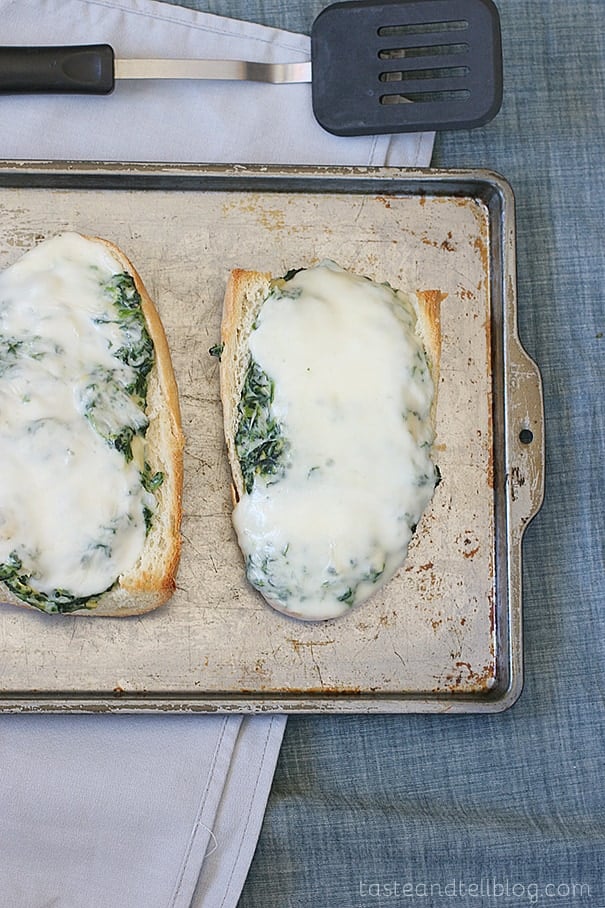 The recipe below is the original recipe without my changes.  But I think that this would be a great recipe to take and alter to your tastes!

The popular dip – turned into dinner! A spinach and artichoke mixture tops French bread, and then is baked until the cheese is melted and gooey. 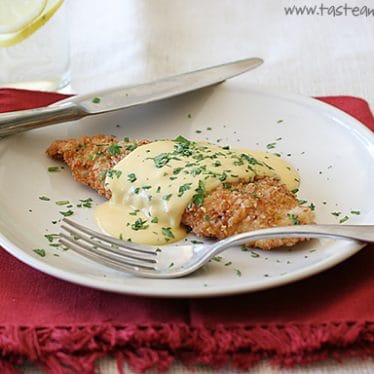