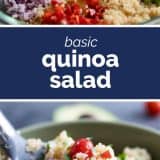 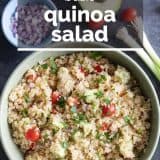 Perfect as is or as a base recipe, this Quinoa Salad Recipe is a simple quinoa salad with a citrus dressing and lots of veggies.

This Quinoa Salad Recipe would be perfect alongside Pan Fried Salmon with Remoulade or Blue Cheese Burgers. 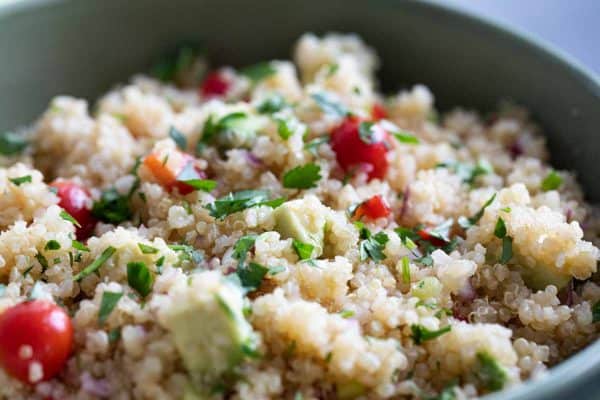 When I first started this blog I have to admit that the thought of cooking with quinoa definitely intimidated me. At the time, it wasn’t largely popular but I kept seeing so many other food bloggers using quinoa in their recipes, so I thought I would give it a try! Since then, not only has it become very popular, but I make it regularly at home, too. 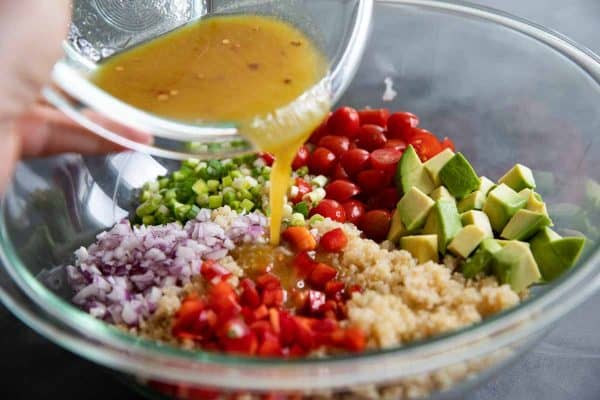 One of the hard parts of being brave enough to cook with quinoa was knowing where to find it! What even is quinoa? To put it simple, it is a type of grain known for its edible seeds. It’s much more popular in health food stores, but can still be found in common grocery stores. I was able to find quinoa near the specialty rice, beans, and other types of grains.

How to Cook Quinoa

There is definitely a skill to be mastered when it comes to cooking quinoa. It is not difficult, you just have to make sure you aren’t trying to take short cuts. Before cooking the quinoa, you will have to rinse the grain and then use a strainer to get rid of any excess water. There are many different methods on how to cook quinoa, but the most simple way is to cook it on the stovetop. You combine 1 part quinoa to 2 parts liquid, and bring them to a boil. Once the mixture is boiling, reduce the heat and cover the pan. Once all of the liquid has been absorbed, you can fluff the quinoa. It is very similar to cooking rice.

I like to use a broth to cook the quinoa, although you could definitely use water. I just like the extra flavor that the broth brings. 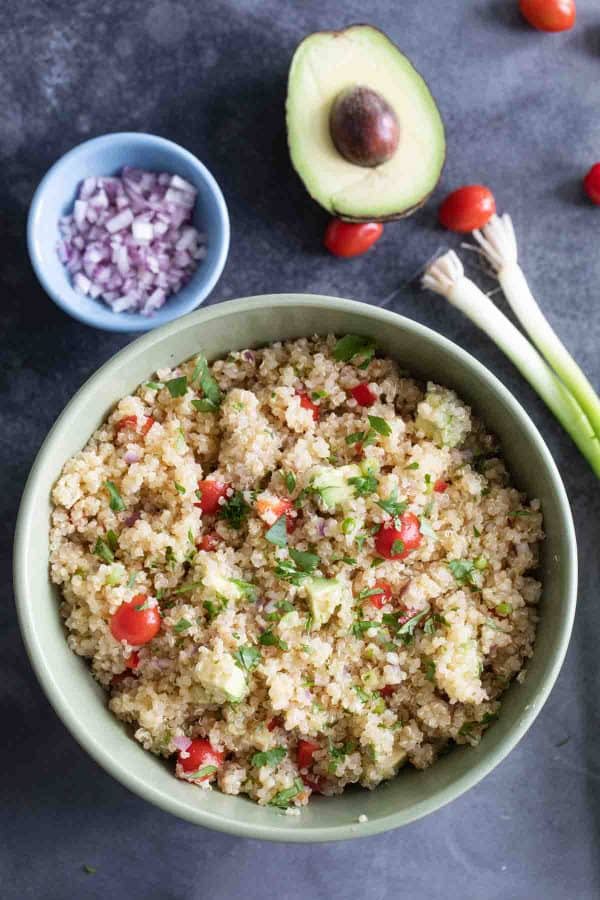 I love this quinoa salad recipe because of how adaptable it is. Don’t have everything listed in the recipe? No worries! All you really need for this quinoa salad are some fresh vegetables, olive oil, and lime juice. Below are some vegetables that you could use, including what I used in mine. It’s a great salad to make when you have lots of fresh veggies that you need to use! 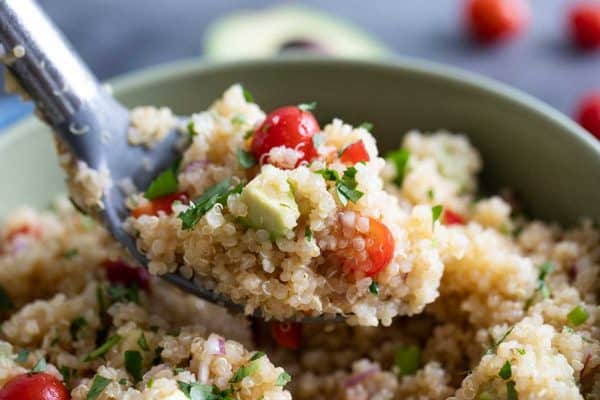 Perfect as is or as a base recipe, this Quinoa Salad Recipe is a simple quinoa salad with a citrus dressing and lots of veggies. 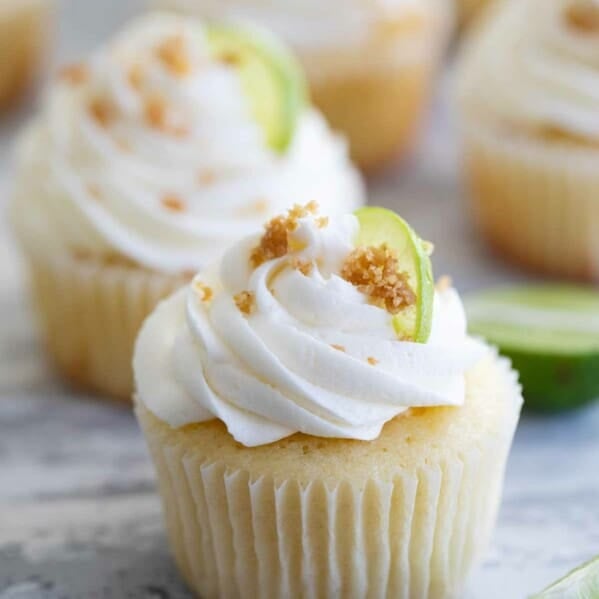 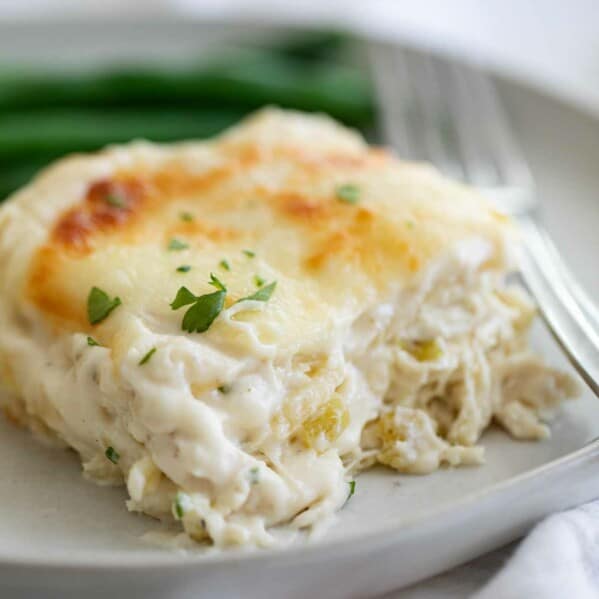 Next Post
Chicken Lasagna with Green Chile and Cheese