Clean out the cabinets with these Loaded Caramel Pumpkin Blondies – filled with Pumpkin Spice Hershey’s Kisses, chocolate chips, toffee and a caramel layer.

I will always love my classic blondie recipe, but this pumpkin version is perfect in the fall! Also try these Orange Blondies as well as these Marshmallow Butterscotch Blondies. 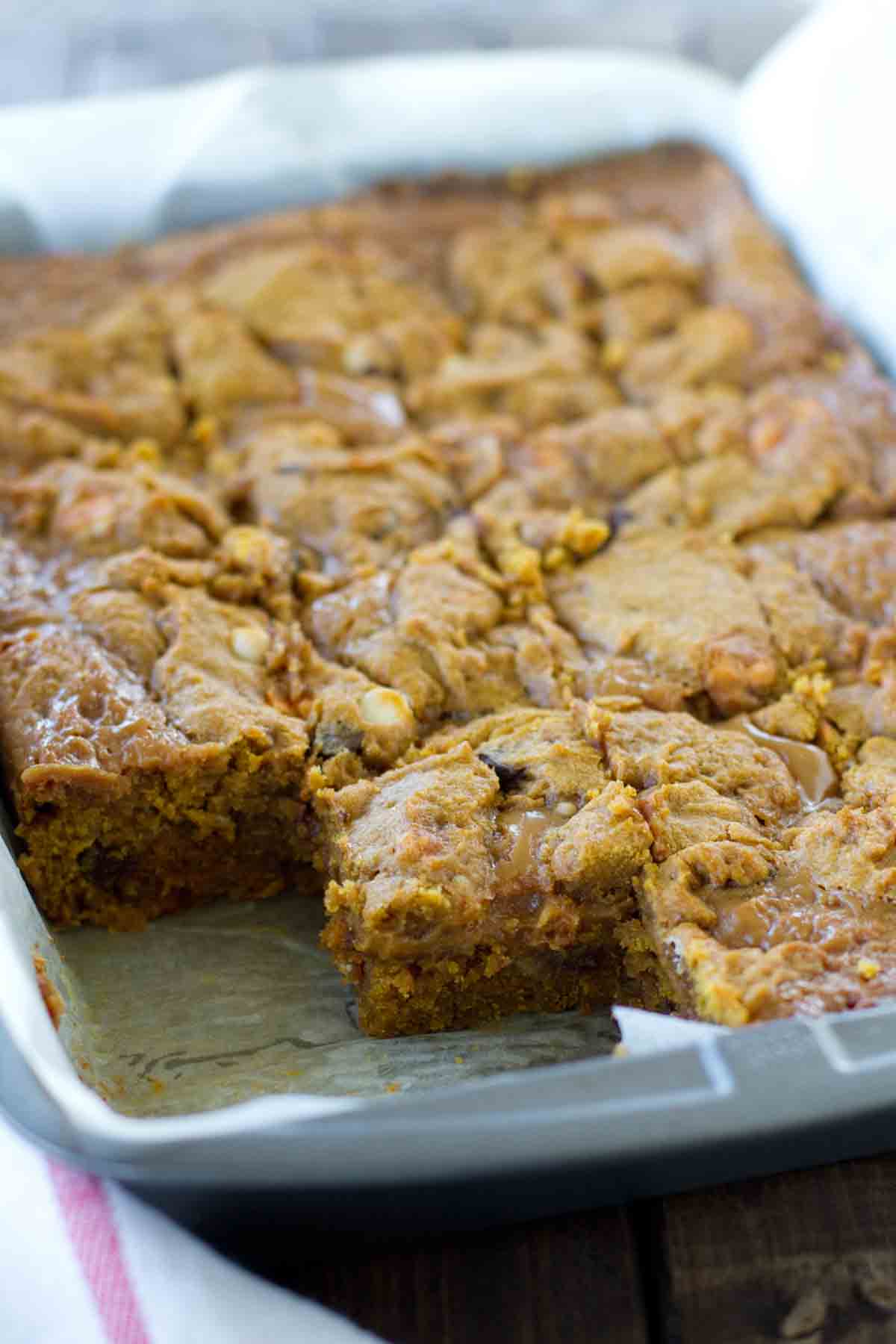 We all know the dangers of Target, right??

Last week, we had a birthday party to go to. It was about 45 minutes north of where we live, so instead of my husband driving all the way home after work and then turning around and driving up to the party, we decided to just meet up near the freeway and then drive together. This is all well and good – until you have time to waste.

Well, when you have time to waste, what better place to do that than Target?

I managed to be late meeting my husband, and I managed to buy things that I didn’t really need. Like the inspiration for this recipe. 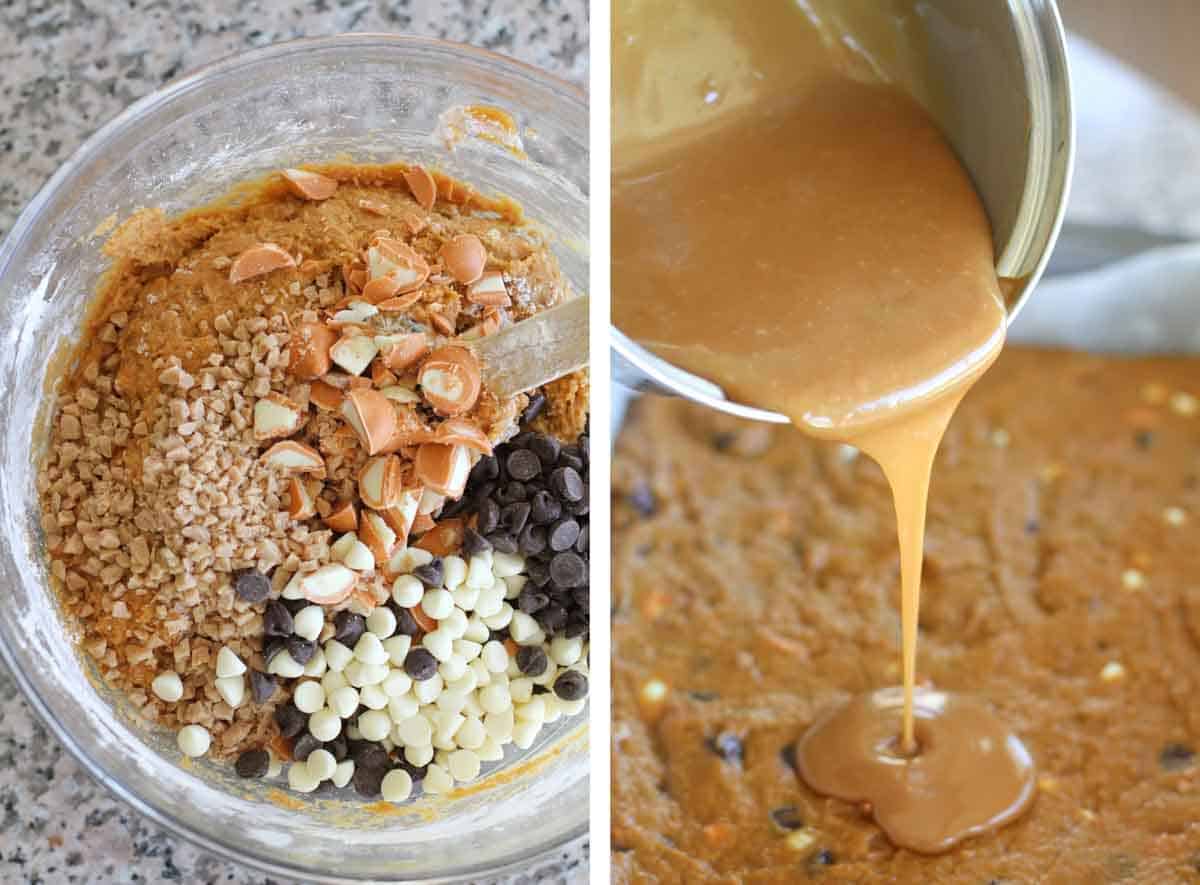 When it comes to holiday candy, I’m a sucker. I feel like I have to go crazy – it does only come around once a year, right?? And when I spotted a bag of Pumpkin Spice Hershey’s Kisses, they went straight into my cart.

The next day, I knew I wanted to make something with them. And I knew that I wanted to make blondies. And really, the idea for these started simply as pumpkin spice kiss blondies. While I was preparing to bake, I went to my cupboard, and there sat all of these bags of almost empty treats – chocolate chips, white chocolate chips, toffee pieces… They were calling out to me, and these loaded blondies were born.

But it didn’t stop there. I also had a bag of caramels that I had intended for a recipe that I never got around to making, and the thought came to me to do a layer of caramel, much like one of my favorite brownie recipes. I went to my husband, asking if the caramel layer was overkill, but he gave the green light and I decided it was a go.

Good thing, because these were amazing. Loaded, that’s for sure, but loaded with all of the things I love. These are pretty rich and decadent, so a little goes a long way, but don’t blame me if you keep sneaking another little piece here and there! 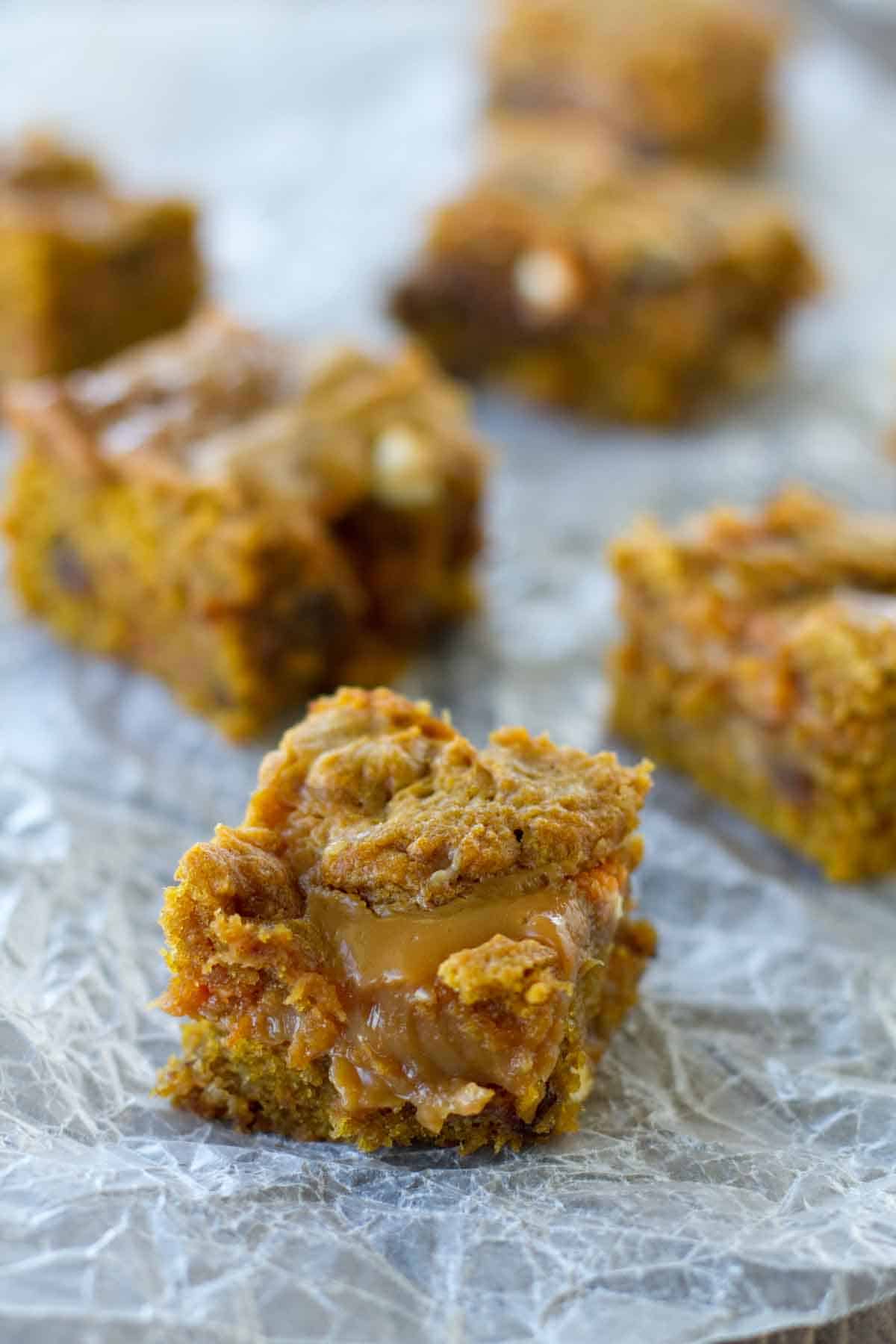 Clean out the cabinets with these Loaded Caramel Pumpkin Blondies – filled with Pumpkin Spice Hershey’s Kisses, chocolate chips, toffee and a caramel layer. 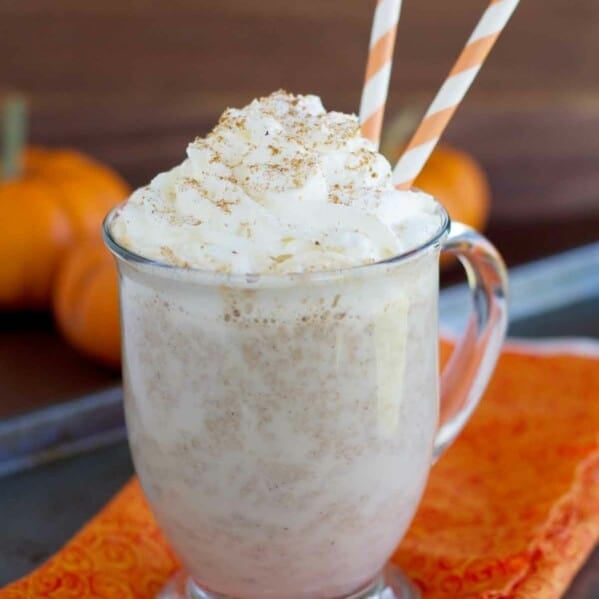 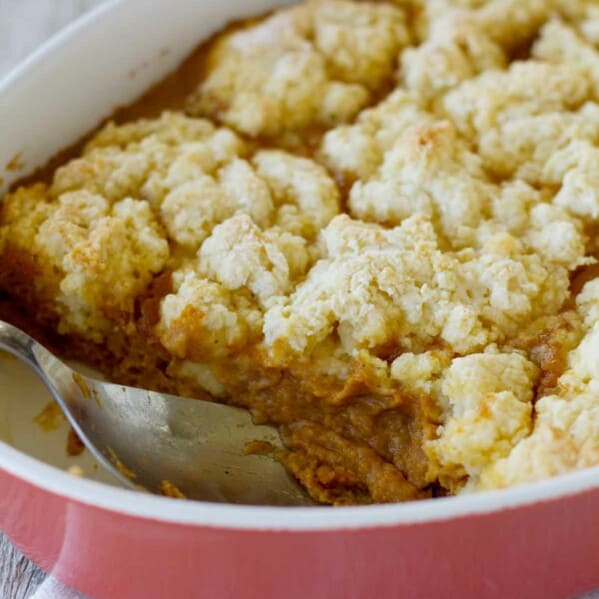