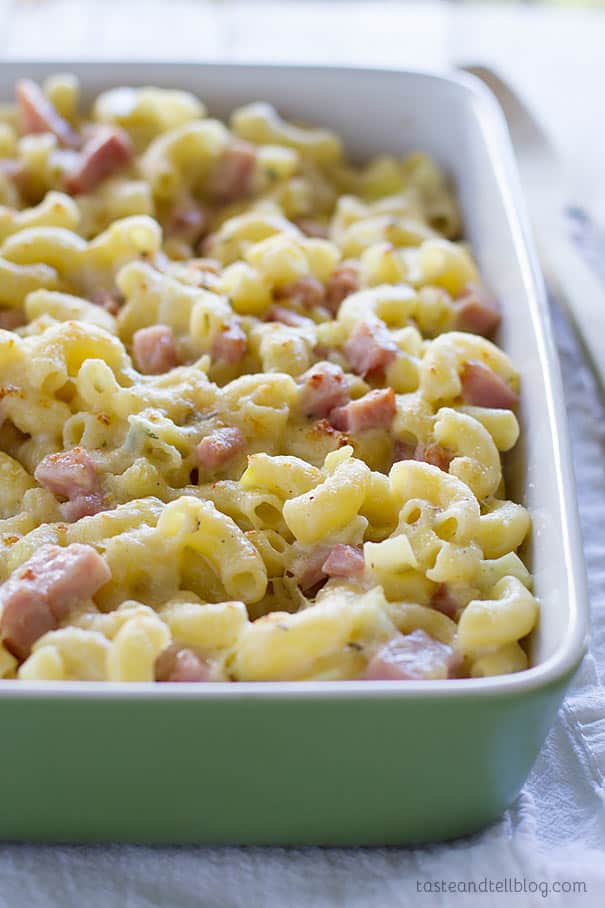 Have you ever felt like you were fated to make a recipe?

Maybe it’s my obsessiveness with food, but this recipe came to me at the perfect time. Here’s how it went down.

I love using leeks, but most (almost all) recipes call for 1 leek. Yet I can never buy just one leek. At the grocery stores near me, there are always 2 or 3 of the bundled together. Well, I needed one leek for a soup that I was making for dinner. The store had bundles of 3, so I just went for it. The soup was delicious, but I was still stuck with 2 leeks.

So I went to my archives. Which meant a few nights later, we had another recipe that used one leek.

While this is all going on, I end up with a ton of leftover ham. I was working on some recipe development for a client, and I had 2 almost full hams. My freezer is already full of ham, and I didn’t want to add even more to my stockpile. We had had our fill of ham sandwiches, so I was on the search for something new.

And then I saw it. Watching an episode of The Rachael Ray Show, she made a homemade macaroni and cheese with ham and leeks. It couldn’t have been better timing!! I just knew that it was going on our menu asap. 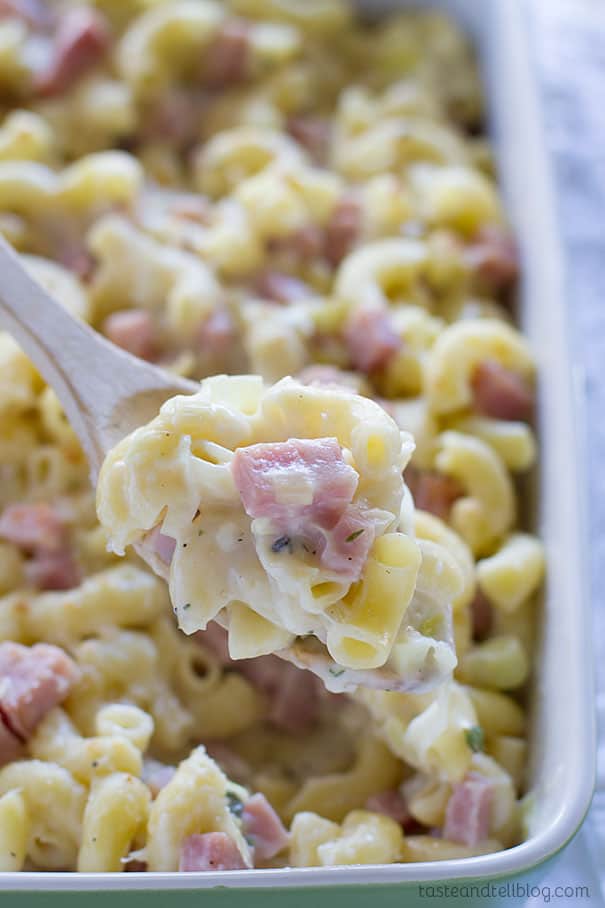 This is definitely not my first Rachael Ray homemade macaroni and cheese recipe. That lady knows her mac and cheese. And this one did not disappoint!!

In the original recipe, she uses a thin cut ham, but was easy to sub in some cubed, cooked ham. And while I would have never thought to put leeks in homemade macaroni and cheese, it totally works. I loved the extra flavor and texture that they brought.

And the cheese. Oh, how I love gruyere. This macaroni and cheese is creamy and flavorful and definitely family friendly.

I’m definitely going to be cozying up with this recipe all winter! 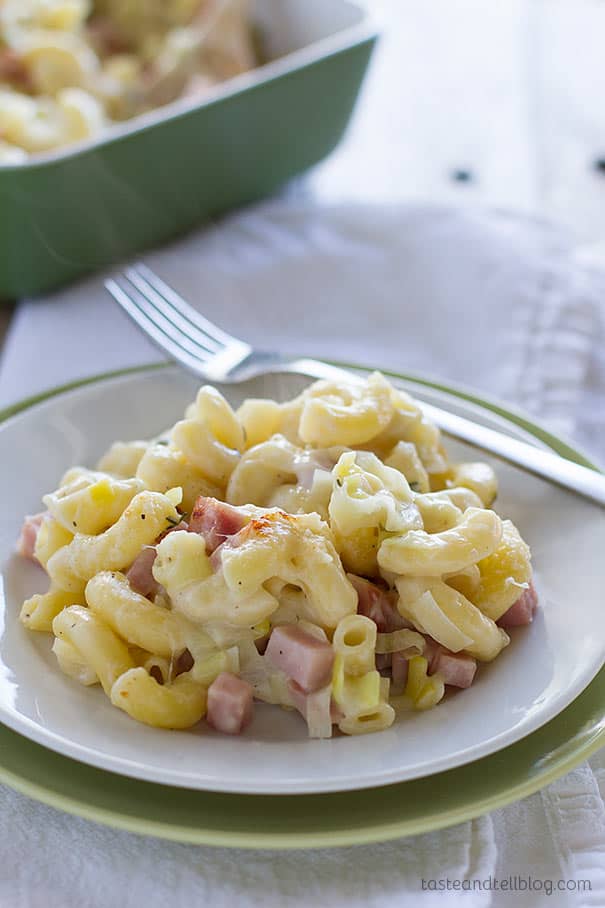 Adapted from The Rachael Ray Show 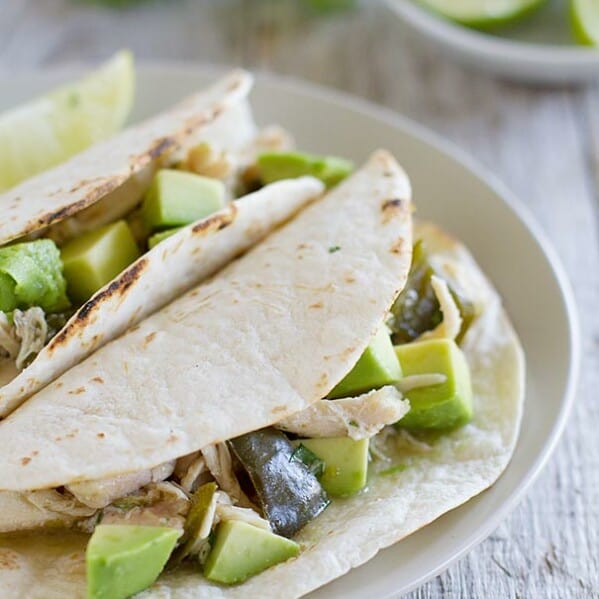