This Curried Coconut Chicken is an easy chicken curry made with tomatoes and coconut milk. 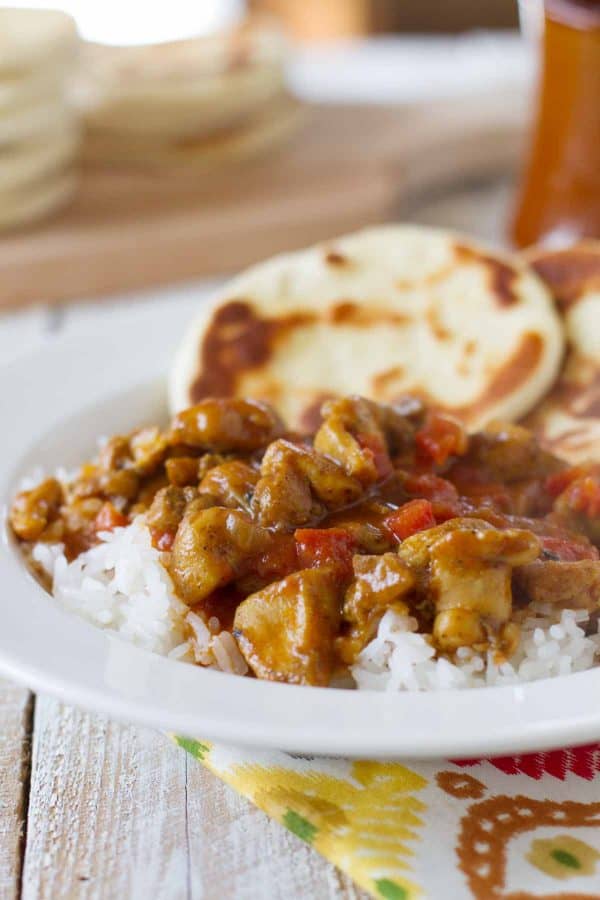 I am a little off this week. Usually, I cook when both my husband and I are home, and use the nights that he works to eat leftovers. But this week, we were too busy to do any cooking while we were both home, and last night, my husband was working and I cooked for myself! The main reason I did this was because I have had a very strong craving for curry lately, and my husband does not like curry so I knew that I needed to make it on a night when he was not home. A co-worker told me of a curry recipe him and his wife made that was to die for. I have been wanting to make that recipe, but it calls for fresh bamboo shoots, and I will need to make a trip up to a market in Salt Lake that sells them. (I was actually near it earlier this week, but forgot my wallet at home!!) So I decided to try a different recipe and hold off on that recipe for another time.

This recipe was a perfect first-time curry recipe. The only thing I wish it had more of was heat. I didn’t find it spicy in the least bit. Maybe if I use curry paste instead of curry powder?? I actually went out and specifically bought Jasmine rice as well. The combination was perfect. One word of warning though – if you live in an apartment or condo – this might not be the recipe for you (if you have neighbors that aren’t very nice I guess.) The smell is VERY strong. I knew the house smelled of curry, but when my husband got home at 2am, he said the smell nearly knocked him over when he walked in the door. I thought the smell had subsided by this morning, but I opened the laundry closet (that is right by the kitchen) this morning, and I think a lot of the smell got locked in there, because the smell hit me as soon as I opened the doors. But – I have been looking forward to lunch today to eat leftovers!!

The recipe serves 6 – I was going to cut it in half because I only had 1 lb, but I didn’t want to waste half a can of tomatoes, half a can of coconut milk, and half a can of tomato sauce. So I made the full recipe, but only used half the chicken. I really don’t think that 2 lbs of chicken is necessary. I thought the 1 lb worked well. The only other thing I changed was cutting down the sugar – the original recipe calls for 3 Tablespoons, and I cut that in half.

I decided to try some naan to serve with the curry. I think that I have eaten naan once before, but it was so long ago that I really don’t have much to compare mine to. I did cut this recipe in half. I used a trick that someone left on one of my recipes a little while back. He said that if you are halving a recipe that calls for only one egg, just lightly beat the egg and measure out half. I’m really glad I did this, because I’m sure the rest would have gone bad – way too many leftovers for just me!! My pieces of naan ended up being only about 3 inches in diameter, and all pictures that I have seen of it seem like it is made into bigger pieces, but it did taste good with the curry. The recipe I used said to grill the pieces, and I had intentions to do this outside on the grill, but a windstorm came through as I was cooking and I knew that if I went outside, I would be eating dirt covered bread. So I just cooked it inside on a stovetop grill. I wish I would have baked half of them to see how it would have differed….maybe next time. The bad thing about this bread is that I stood over the cooking curry, dipping the bread into it – losing track of how much I had eaten!!

Overall, a great dinner. My hubby even let me put some of the leftovers in his lunch for today – maybe he will surprise himself and actually like it!!

This Curried Coconut Chicken is  an easy chicken curry made with tomatoes and coconut milk. 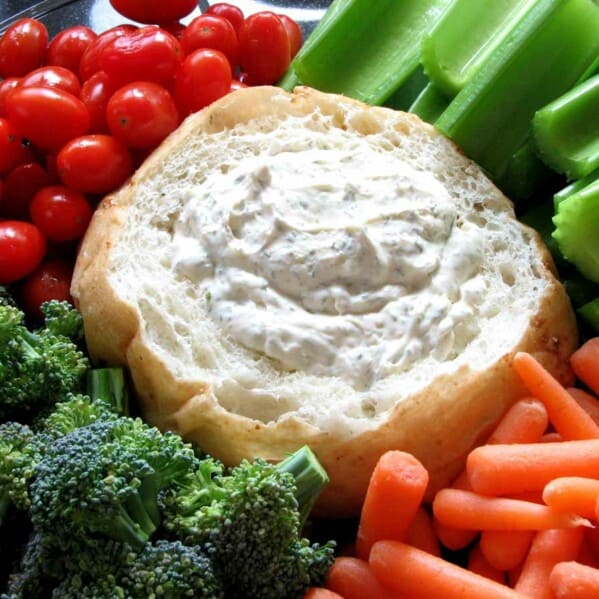