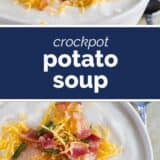 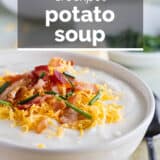 Cream cheese added in at the end makes this Crockpot Potato Soup super creamy and super decadent! This slow cooker soup has all of the flavors of a baked potato in a comforting soup.

Nothing warms you up like a big bowl of hot soup! Serve this Crockpot Potato Soup up with some Dinner Rolls or Cheesy Garlic Bread for the perfect cold night dinner. 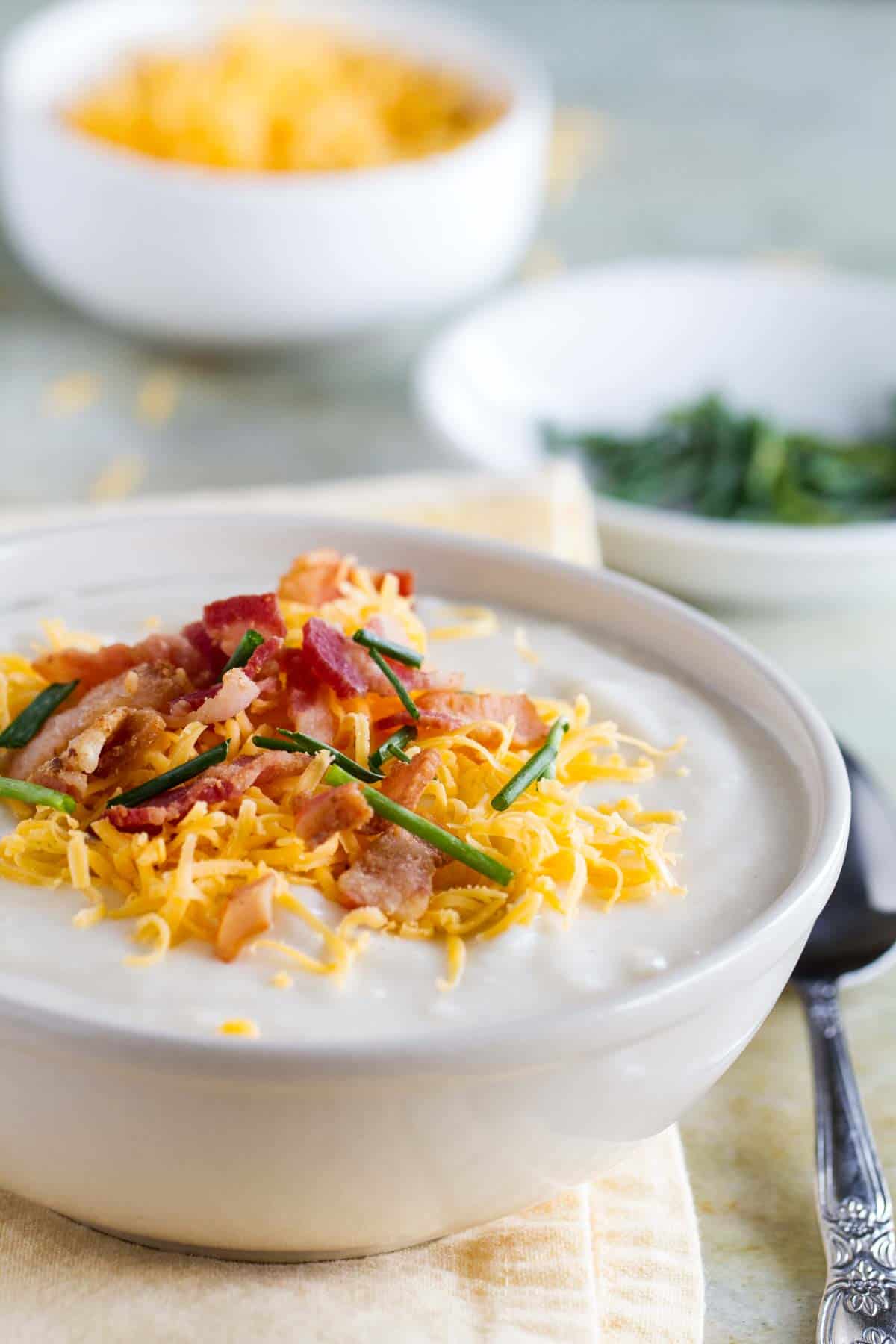 There is nothing like a warm bowl of creamy soup. And while I love a good stovetop soup, (like this Chicken and Gnocchi Soup), soup in the crockpot has got to be my favorite.

This is such an easy meal, and super delicious as well. My favorite part of this recipe – the thing that makes it stand out from other crockpot potato soup recipes – is the cream cheese that gets added in at the end. It makes the soup super creamy and decadent. You’ll never want to go back to a regular potato soup!

How to Make It

It doesn’t get easier than this crockpot potato soup.

This soup is actually good enough to serve on its own, but there’s nothing better than serving it up loaded potato soup style!

Here are some ideas for toppings:

Make this vegetarian by using vegetable broth instead of chicken broth. I like the flavor the chicken broth brings, but both are great!

Store any leftovers in the refrigerator for up to 4 days.

Potatoes tend to get grainy after freezing, so I don’t suggest freezing this soup. It’s best enjoyed fresh.

This soup can easily be made on the stove top if you don’t want to let it cook all day in the slow cooker. Just cook until the potatoes are tender, mash, then add the cream cheese. 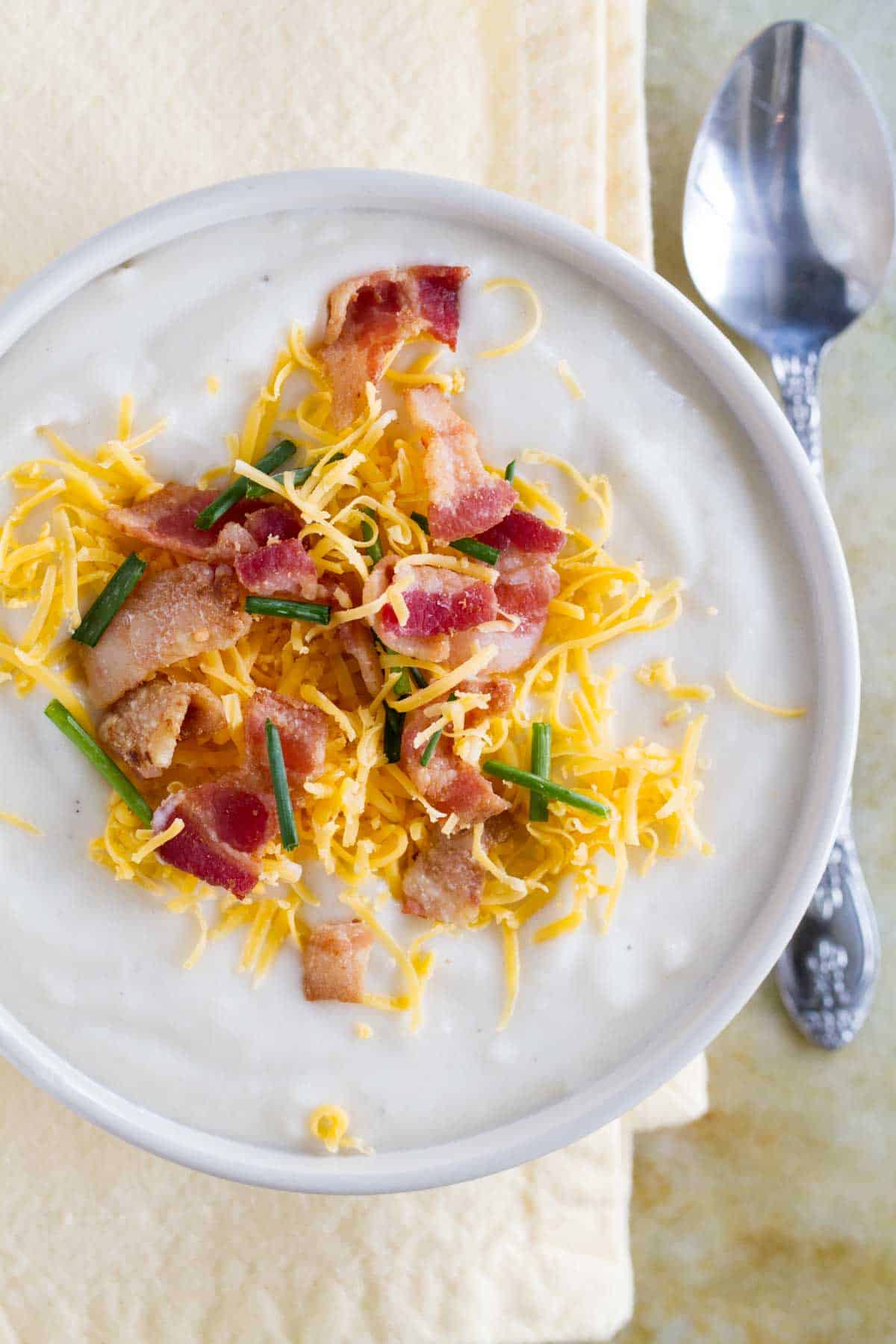 Slow Cooker Cheeseburger Soup – this one is decadent and rich, but such a good, comforting soup!
Crock Pot Chili – easily my most popular chili recipe, and maybe my favorite.
Crock Pot Corn Chowder – this recipe came from my mom, so it will always have a place in my heart.
Tomato Basil Soup – perfect with a grilled cheese sandwich!
Slow Cooker Beef Noodle Soup – hearty and filling with tender chunks of beef, this one is on my menu all winter long.

I have a version of this slow cooker, and I love it because it has a low, medium and high setting.
You can either mash the potatoes with a potato masher or use a blender. I love this potato masher, or if you choose, this is the blender I have and love!

Cream cheese added in at the end makes this Crockpot Potato Soup super creamy and super decadent! This slow cooker soup has all of the flavors of a baked potato in a comforting soup.

Put the potatoes, onions and garlic into a 6-quart slow cooker. Sprinkle in the seasonings and pour in the chicken broth. Cover and cook on low for 8 hours or on high for 4 hours, or until the potatoes are fork-tender. Use a potato masher to mash the potatoes. You want a smooth soup.  You can also transfer the soup to a blender and blend in batches.  If the soup gets too thick, you can add in more chicken broth to thin it out.

Nutrition information provided as an estimate only. Various brands and products can change the counts. Toppings are not included in nutrition counts. 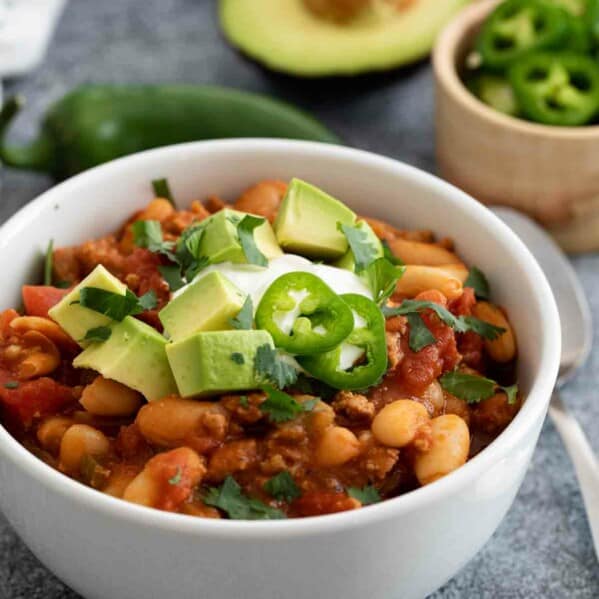 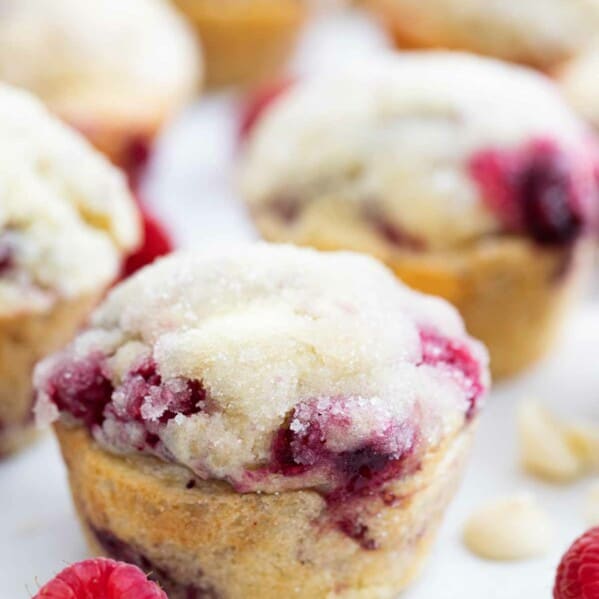 Delicious and So Easy To Make

Y’all!! This soup is delicious and so easy to make!! I used more garlic, less broth (6 cups rather than 8) and turkey bacon. But I think it would be better with regular bacon or a jalapeño sausage.

It Was Sooo Good

This was excellent after getting my tooth pulled and all I could have was soft food. Thank You it was sooo good. Especially since I have been living on scrambled eggs and oatmeal.