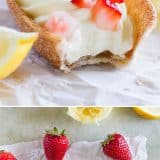 Light and lemony, these Lemon Cream Taco Boats have cinnamon-sugar coated tortilla boats filled with a creamy, luscious lemon cream. Top them off with diced strawberries for a perfect summer treat. 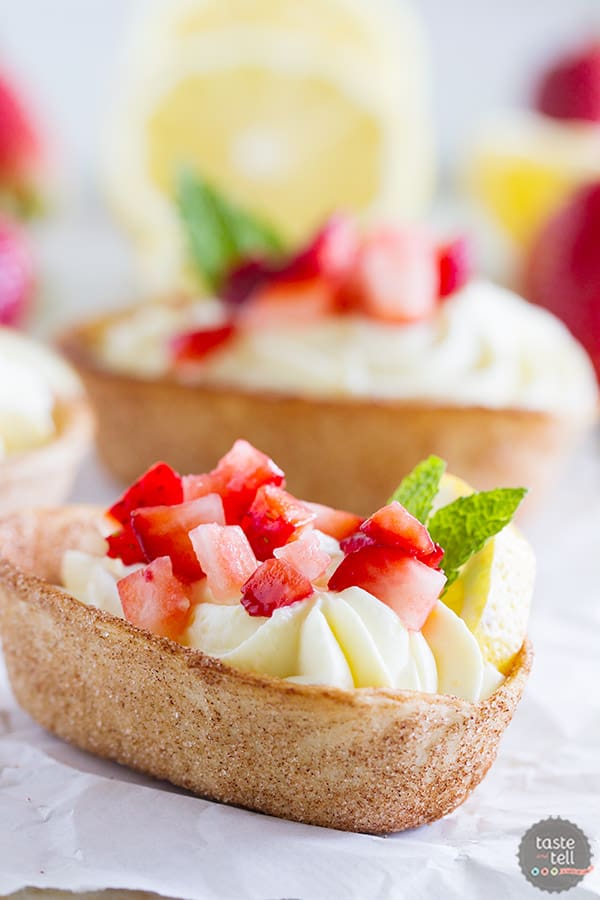 
I hate to admit it, but I am easily distracted. Most of the time, this happens when I sit down at the computer to look something up, and then 20 minutes later, I’m still sitting there, looking at something completely different, and forgetting completely what I originally sat down to look up. It happens way more often than it should.

Lately, this distraction has come in the form of Pinterest. We all know it can turn into a time suck, but I have been obsessed with beautiful yards and gardens lately. Flowers, vegetables, trees, plants, grass. Little gnome statues and flowing fountains. And watch out if one of those lead me to a YouTube station full of videos on how to make the cutest fairy gardens ever. #trouble

Living in Utah, there are some great things you can do in your yard, but one thing I long for that will never happen because of our lovely winters is having a lemon tree. (You had to see that coming, right?) It’s been a whole month and a half since I’ve posted a lemon recipe, but just imagine if I had my own lemon tree! I would seriously be in heaven. When Abbi was just a baby, we took a trip to Oregon to visit some of my husband’s family. His aunt had a meyer lemon tree, and I still dream about having a tree like that one in my yard one day.

In the meantime, I’ll just be buying my lemons by the dozen at the grocery store to make you all the lemon recipes. 🙂 Including these Lemon Cream Taco Boats.

Along with my lemon obsession, I also have a taco obsession. (Just search the archives and you’ll see this!) So for your next Taco Tuesday, I dare you to do a full on, taco obsessed meal. A taco inspired appetizer like these Jalapeño Stuffed Taco Soft Pretzel Sticks, your choice of taco for the main dish (I’ve got 22 Taco Recipes here!), and finish off the night with these sweet dessert tacos, filled with a delicious lemon cream. 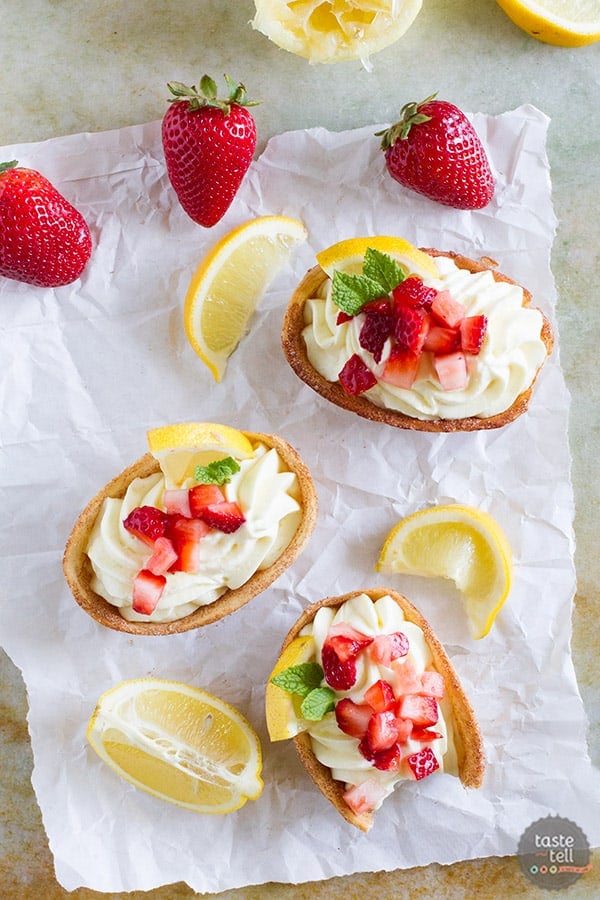 As if the lemon cream wasn’t enough, you need a vessel for that cream, which is where the cinnamon sugar taco boats come in. I love these Mini Taco Boats from Old El Paso. Not only are they great for taco night when you have young kids, but they are perfect for appetizers or desserts like this one. I originally thought I was going to fry them and then coat them in cinnamon-sugar, but then I decided to keep it simple and cut the fried calories by baking them. I was afraid they wouldn’t be as crisp as I was hoping, but they were perfect. Nice and crisp, and the perfect way to devour that amazing lemon cream. To add a little more freshness, I added some diced strawberries to the top, and since strawberries are a staple in our house lately, it only made sense.

These Lemon Cream Taco Boats need to be your go-to dessert this summer – everyone will love them! 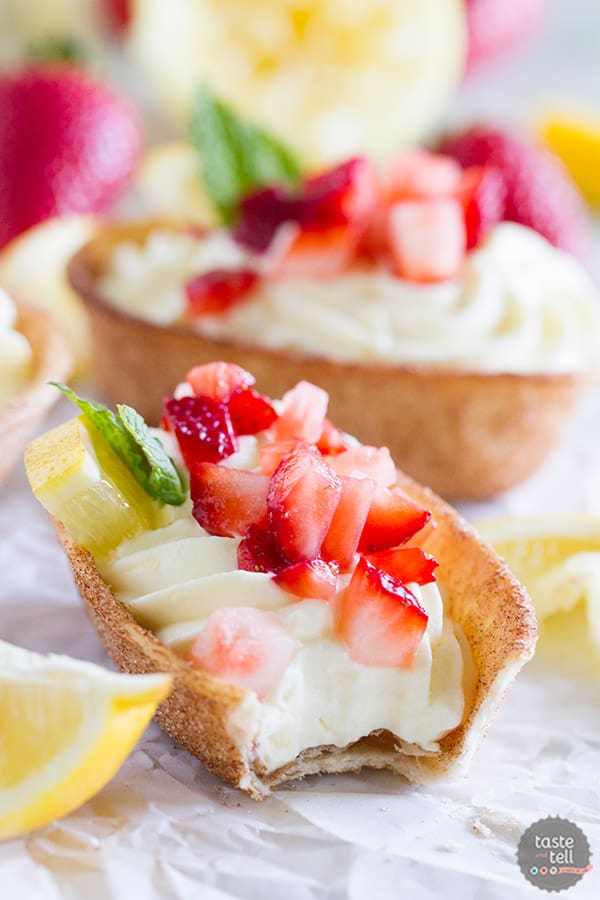 Light and lemony, these Lemon Cream Taco Boats have cinnamon-sugar coated tortilla boats filled with a creamy, luscious lemon cream. Top them off with diced strawberries for a perfect summer treat.

You can make the cinnamon-sugar boats and the lemon cream ahead of time, but don’t assemble them until ready to serve as they will get soggy.

Can’t find the mini boats? You can also make your own cinnamon-sugar tortilla bowls like I did for this Fried Ice Cream recipe. 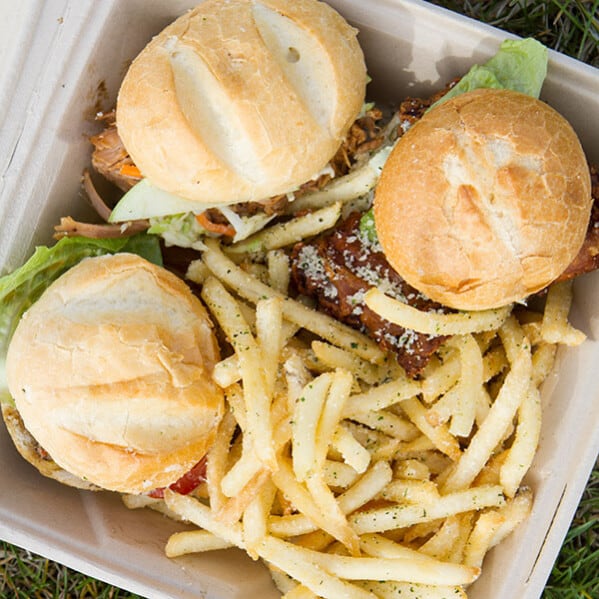 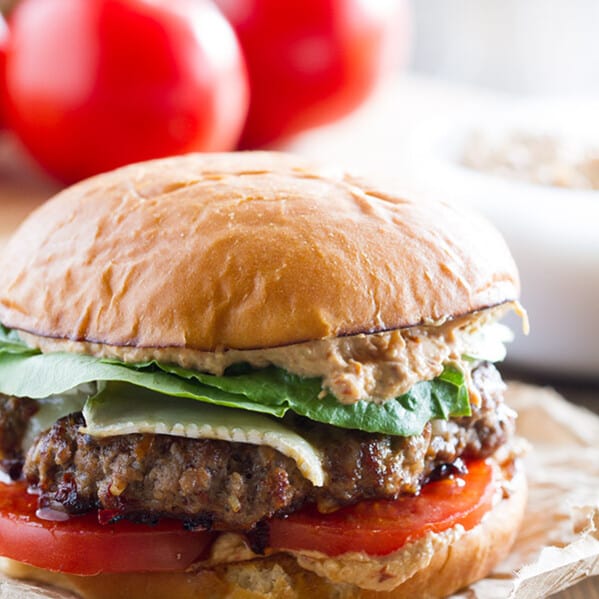