Make it at home! This Candy Corn Recipe is easier than you would think, and is a great way to customize your own colors for different holidays or events! 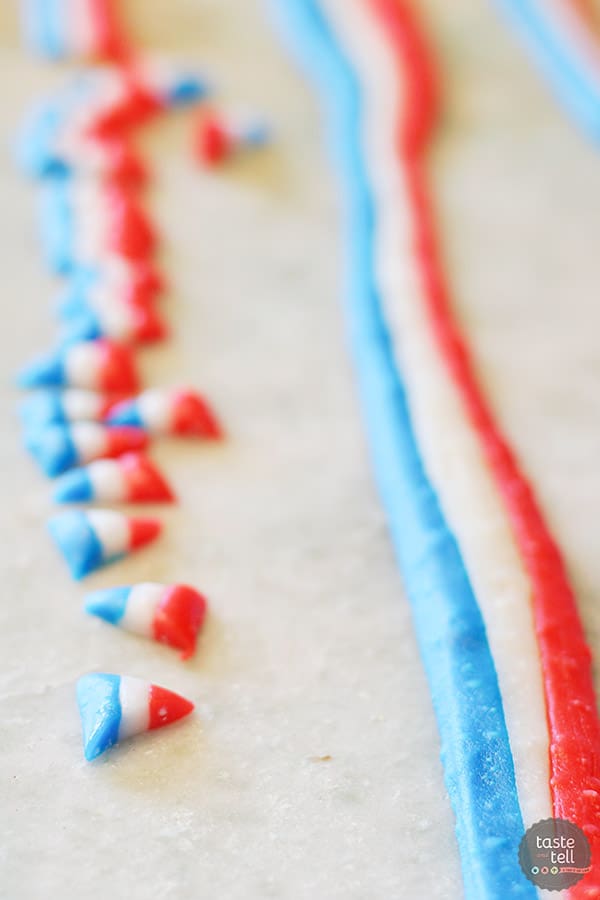 
Who says candy-making is only for Christmas or Valentine’s Day? Not me!!

I couldn’t let the 4th of July pass without posting yet another patriotic treat. The first time I looked through this month’s Cookbook of the Month and saw that there was a recipe for a homemade candy corn recipe, I knew I wanted to make a patriotic version! I am a total candy corn addict. I don’t really know why, though, because I don’t necessarily love the taste of it. I guess it’s just the novelty. But I still always end up eating so much that it makes me sick. But still, I wanted to make my own!!

I will gladly report that this doesn’t taste just like the store bought stuff. But that’s a good thing! It’s still super sweet, and it will still make you sick if you eat too much, but it tastes much better than what you can buy. It has a buttery taste to it. I would love experimenting with this for different holidays, and also by adding different extracts or flavorings. This could be a really fun recipe to have around!! 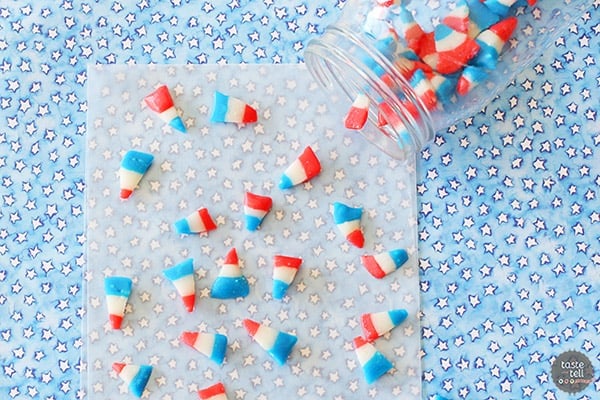 I was afraid at first that this candy corn recipe would be really hard, but it was much easier than I expected. It did take a little bit of time to cut the candy, but that was the only part that took very much time. I do have a couple of notes about the recipe, though: 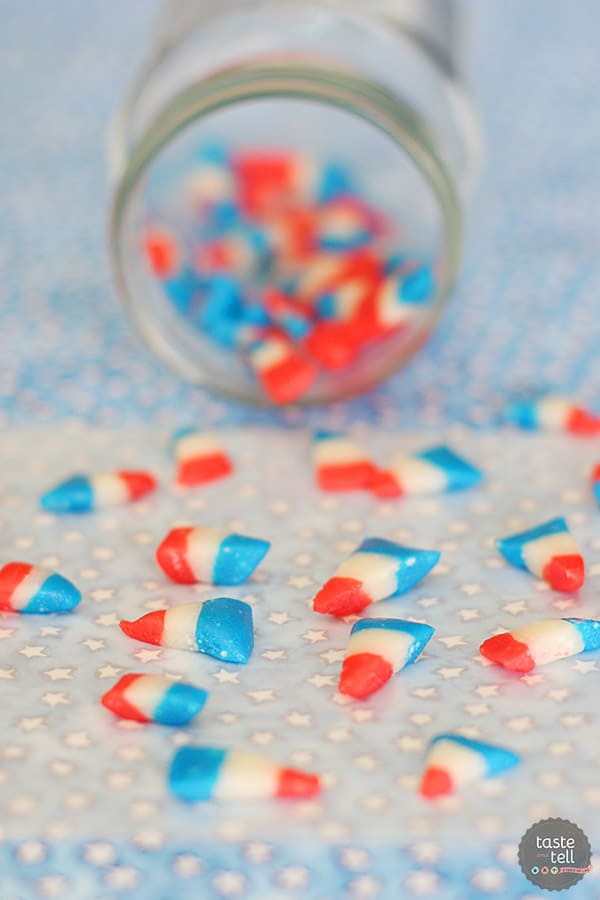 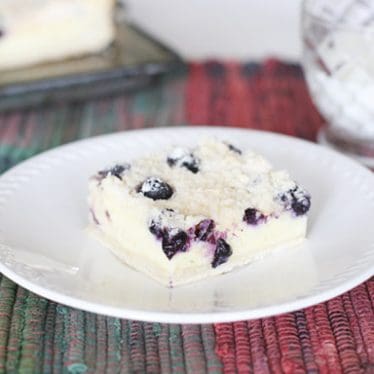 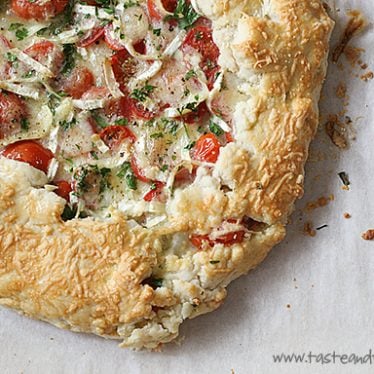