This spin of rice and beans is packed with flavor. Budget friendly and done in half an hour – this Spanish Style Rice and Beans will have you going back for seconds! 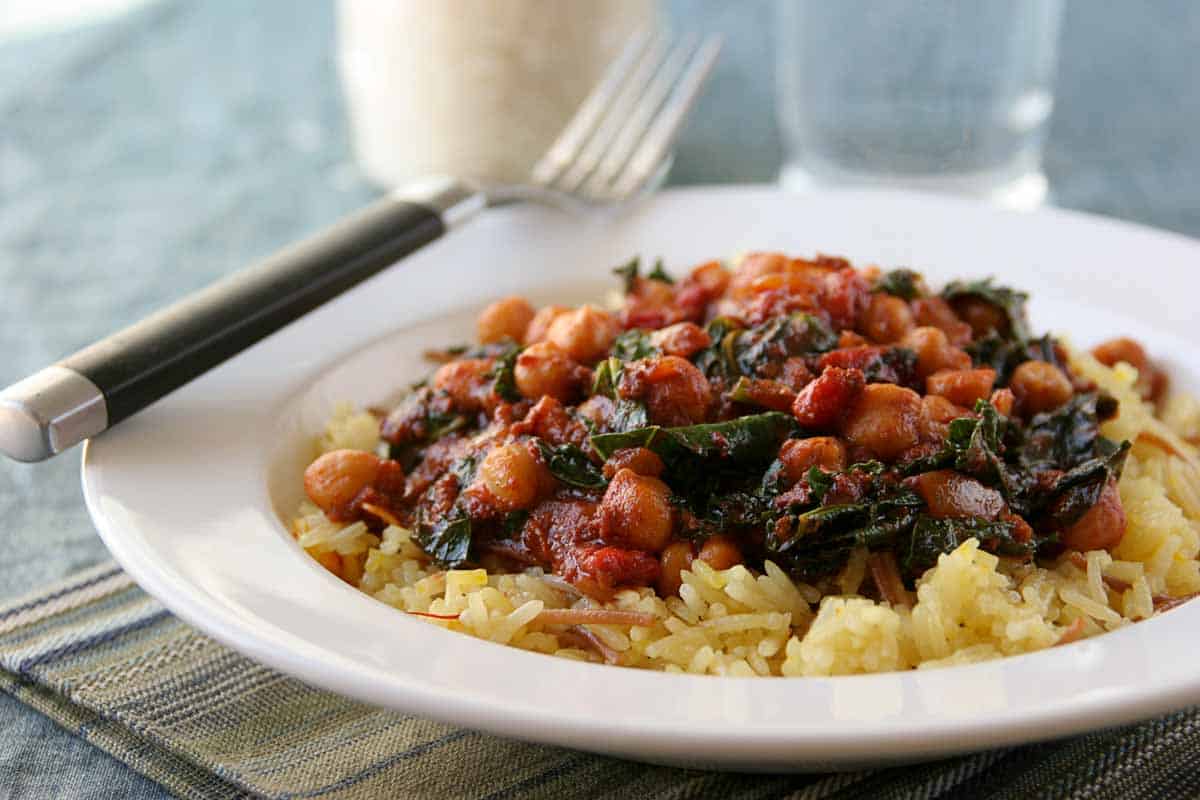 For the first time in months, I actually have a backlog of recipes to share. I got into quite a cooking slump, and was pretty much blogging right after I cooked there for awhile. Which is fine, but I’m much more comfortable with a nice backlog – that way if I want to skip out on cooking one night, I don’t have to worry that I don’t have something to share with you all.

And an even bigger bonus is that I’m cooking a lot of those recipes that I’ve bookmarked. I’ve mentioned it before, but I set up a board on Pinterest where I am re-pinning things that I’ve pinned and then I made. This way, I can leave my thoughts on a recipe without feeling like I have to blog every single thing that I eat. It’s small right now, but I’m adding to it on a regular basis now – so if you are on Pinterest, my I Pinned It and Then I Made It board is one that you want to be following!! (And speaking of Pinterest, if you are following me but don’t follow all of my boards, I’m no longer pinning to my Fabulous Food board.  I’ve decided to break everything out into individual boards to make finding recipes easier.  So – if you don’t follow all of my boards, you won’t be getting my new pins – so make sure you head over and follow my new boards!)

I actually made this Rachael Ray recipe almost a month ago, and am just now getting to posting it.  I have to say – this isn’t a recipe that I would normally be drawn to – especially if I just saw the recipe randomly. But when I saw her make this on 30 Minute Meals, I knew I wanted to try it. I’m not kidding you when I say that I have thought about this dinner – often – since I made it. Not many recipes make me dream about eating them again like this one did. I made some changes from the original recipe – using Mexican chorizo instead of Spanish since I have such a hard time finding Spanish – and adding more beans, and I think that this turned out absolutely perfect. It was too spicy for my husband, probably because of the chorizo, but I was secretly glad, because it just meant more for me. 🙂  It was perfect for dinner, and the leftovers were awesome as well. I can promise you that this will make an appearance in my house again – probably when the hubs won’t be around for dinner – but I’m hoping it will be on the table sooner than later!! 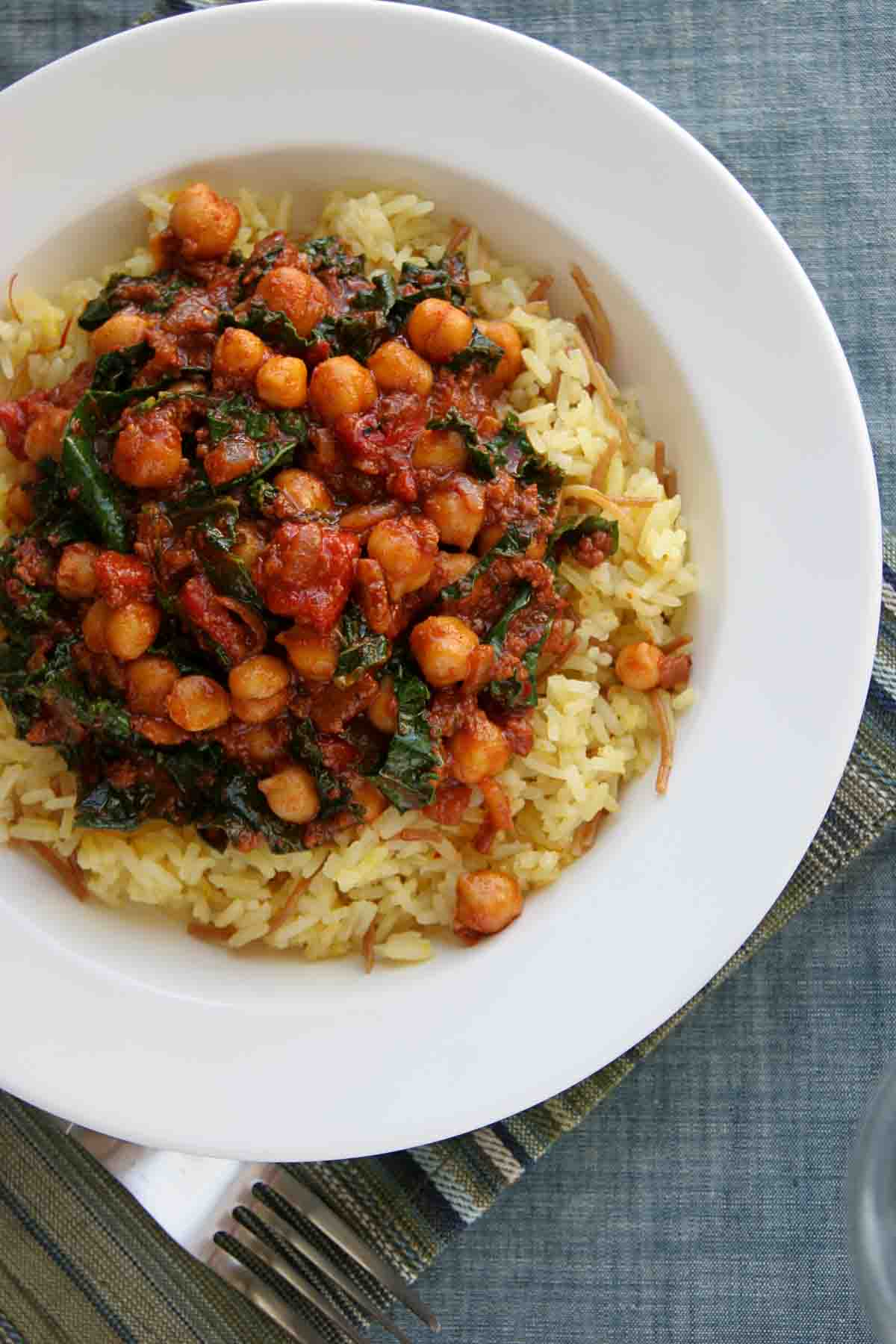 This spin of rice and beans is packed with flavor. Budget friendly and done in half an hour – this one will have you going back for seconds! 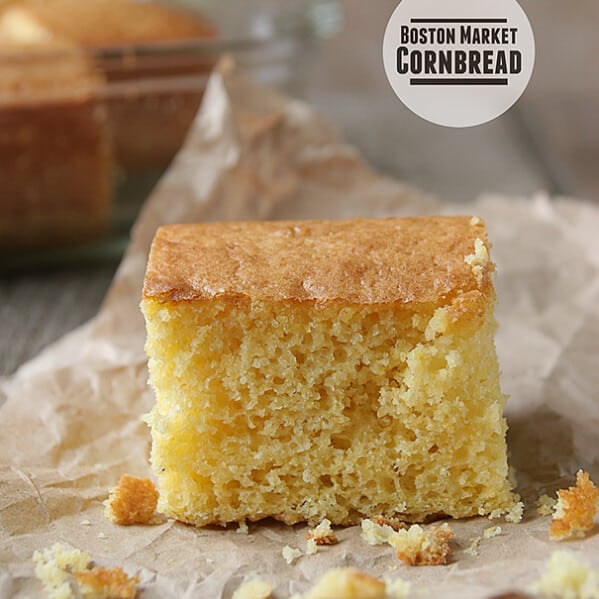