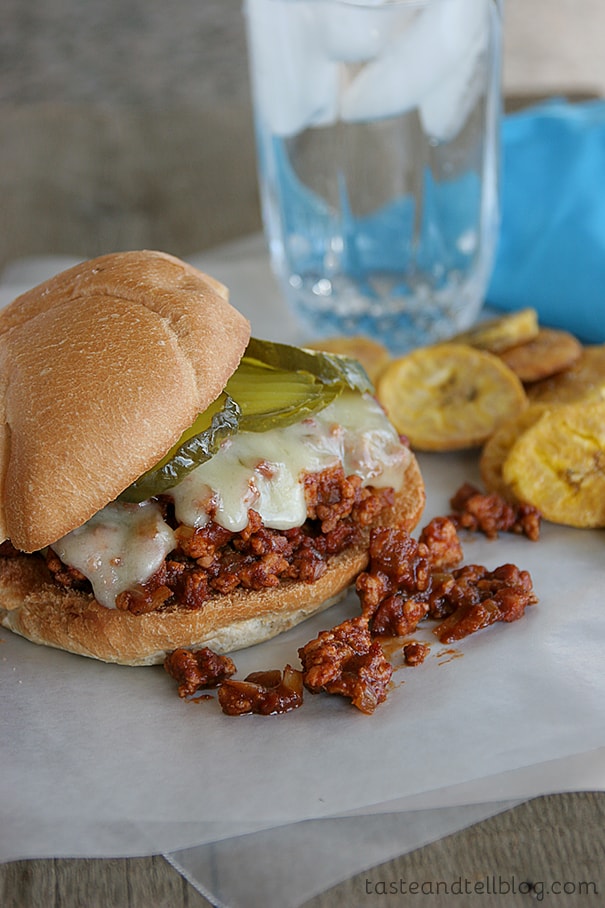 One of my favorite parts of doing these Saturdays with Rachael Ray posts has been seeing the recipes that have been linked up. As much of a Rachael Ray lover that I am, I am still introduced to recipes that you all have made that I somehow missed. It’s not like my list of Rachael Ray recipes isn’t long enough, but you all help me to add even more to it! This recipe, which I’m still surprised that I missed in the magazine the first time through, was actually linked up by two different people at different times. I’m a lover of sloppy joes, and I’ve made several of Rachael Ray’s versions in the past. And I also love Cuban sandwiches. So when you combine the two – of course I wanted to try this one!! And what’s not to love about this recipe? Chorizo and ground pork are combined with spices, lime juice and a bit of tomato sauce, and then the sandwiches are topped with melty Swiss cheese. And don’t forget the pickles. The pickles are an important and necessary part of these sandwiches! 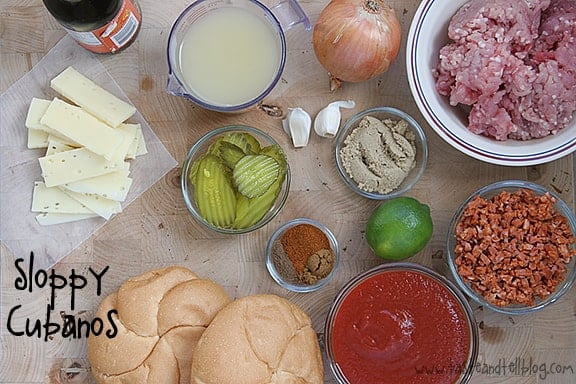 And just as a side note, I also made some plantain chips to eat with this sandwich – wanting to keep with the whole Cuban theme. It was my first time preparing and eating plantains, and I was definitely a fan! I used 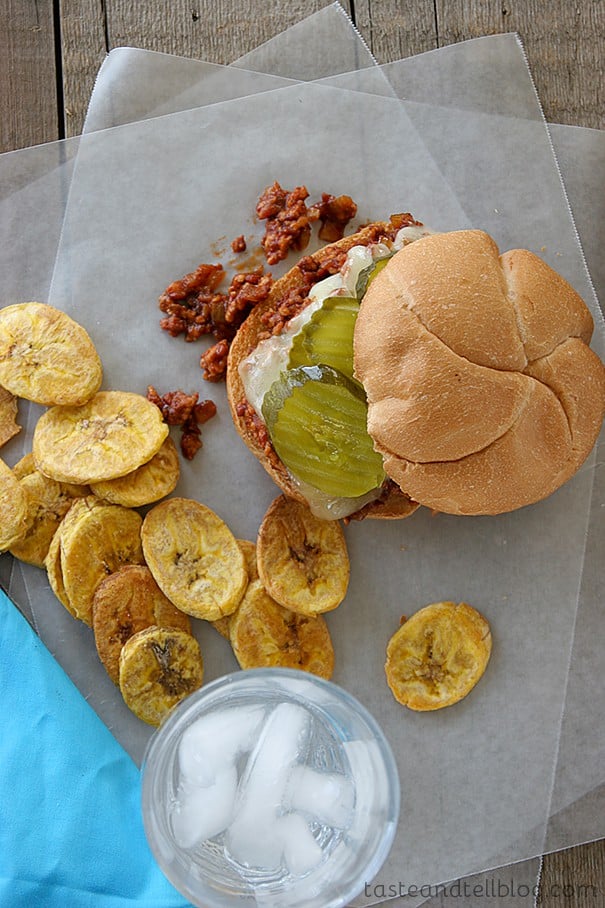 The sloppy joe gets a Cuban makeover with this twist on the original!

Try these other sloppy joe renditions: 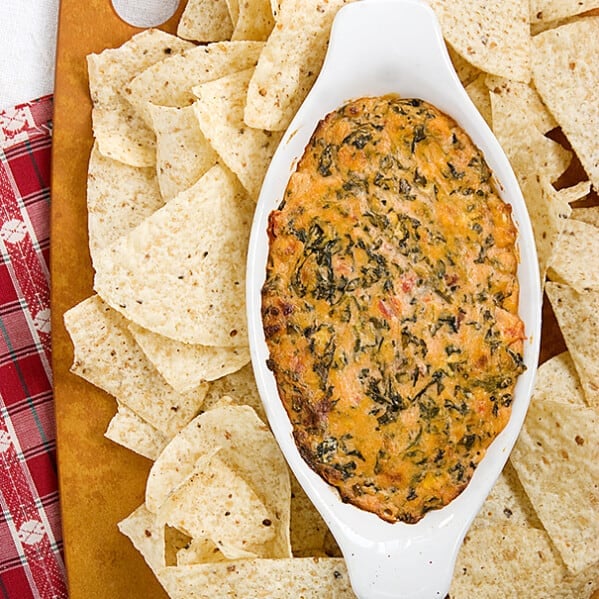