Sugar cones are coated in chocolate and then filled with berries and cream for a red, white and blue dessert that is fun and fruity. 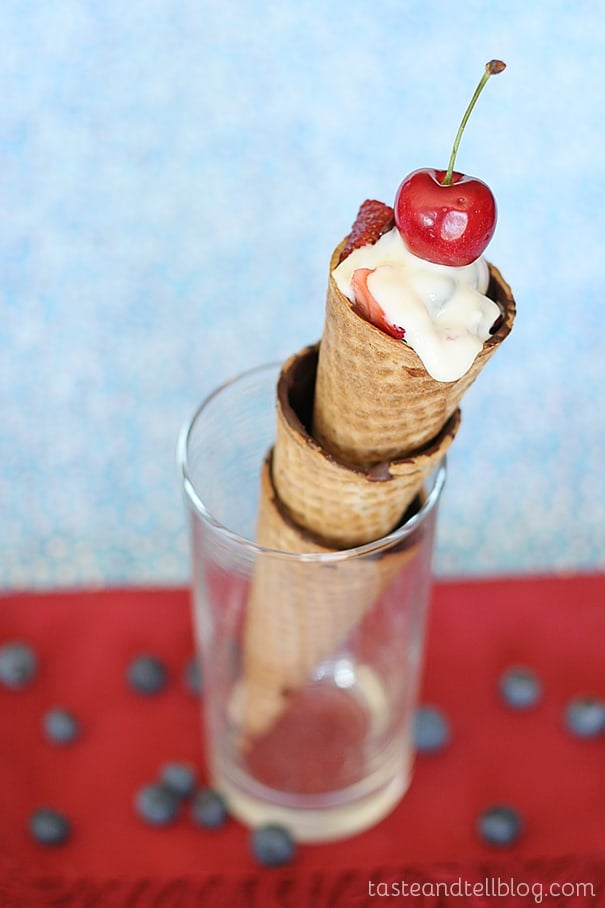 It’s 4th of July Week here on Taste and Tell! All week, I’ve been bringing you festive red, white and blue recipes that will be perfect for the celebrations coming up.

It’s the last day of my 4th of July recipes. (Although I might be sneaking one more in next week!) It’s kind of exciting that the 4th is on a Monday, because that just means that there will be a whole weekend full of activities. We have lots planned – including going to see the balloon festival, the parade, and of course – fireworks. We actually had some fireworks here locally a few weeks ago, and took the kids to see them. Abbi has seen fireworks before, but she was so young last year that I don’t think she remembered them. She absolutely loved them this time around. So I know she’ll just love the 4th of July! 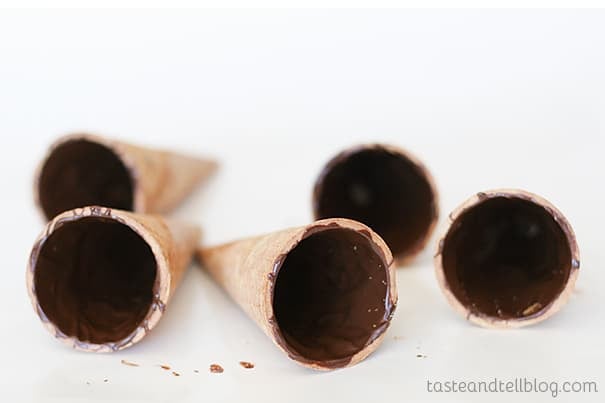 When I went searching for a red, white and blue Rachael Ray recipe, I was actually kind of surprised that I had a hard time finding one. But then again, Rachael doesn’t really do desserts, so I guess I shouldn’t have been too surprised. I saw these berries and cream cones, and decided on them. The more I thought about them, the more I worried that I wouldn’t like them. I mean – it’s sour cream. Wouldn’t they be, well, sour??

I was really tempted to substitute some fresh whipped cream instead, but then at the last minute, I decided to follow the recipe. I’m so glad that I did. I just loved these. The sour cream mixture is sweetened with sugar and then flavored with lemon zest. If I hadn’t made these myself, I would have never believed that they were made with sour cream.

And the chocolate on the inside of the cones was just perfect. Everything about these was perfect. I used a low-fat sour cream, so I think my cream mixture was a little runnier that the recipe intended, but it still tasted great. And I know they don’t really look red, white and blue in the pictures, but I promise there are blueberries in there! 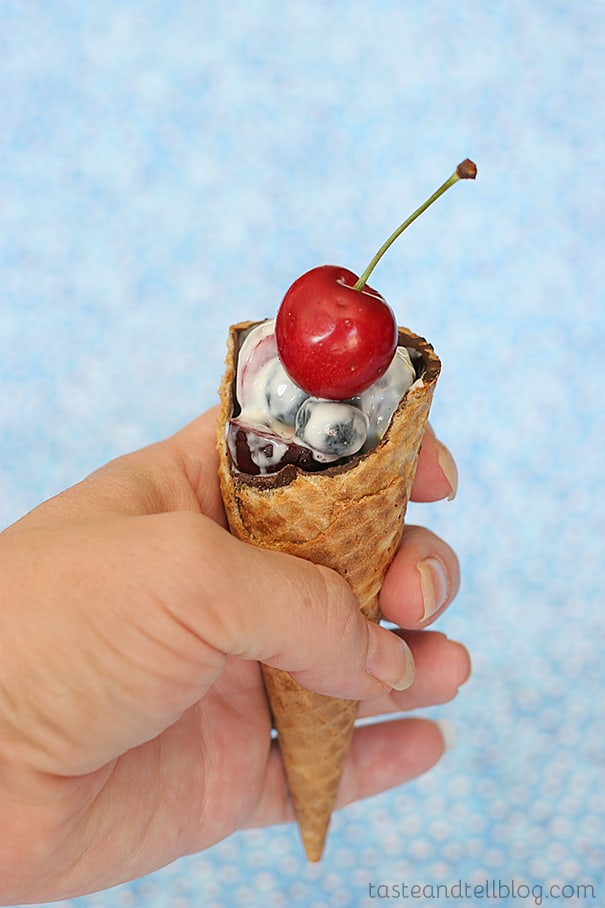 Sugar cones are coated in chocolate and then filled with berries and cream for a red, white and blue dessert that is fun and fruity.

adapted from Every Day with Rachael Ray June/July 2007 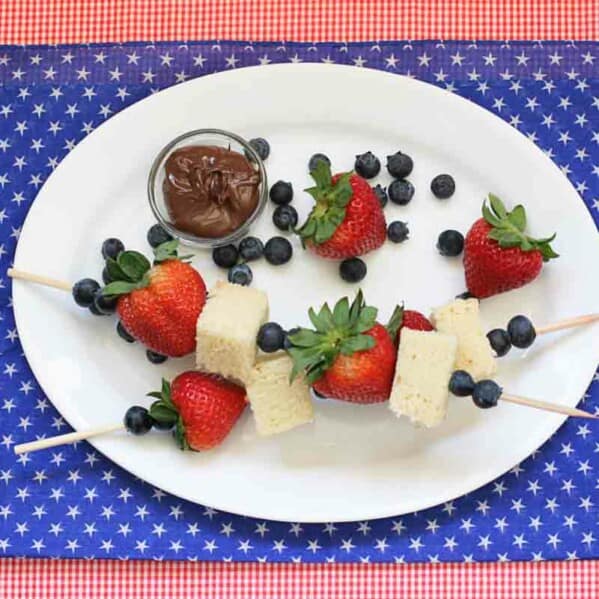 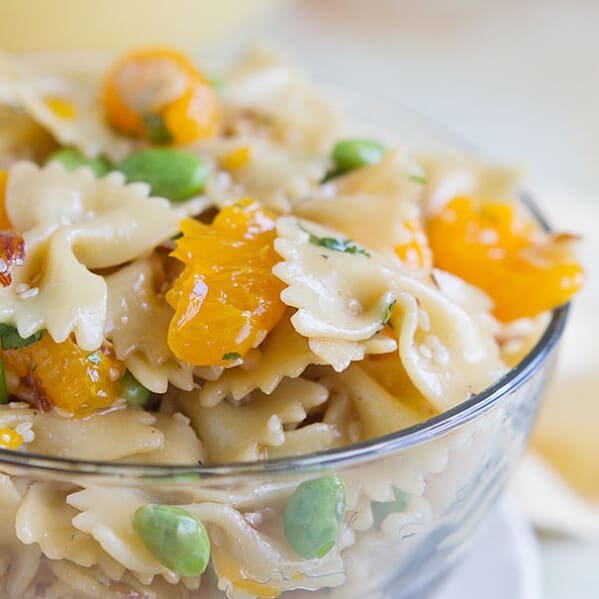