Home / All Recipes / Course / Side Dish

Sauteed Baby Squash with Basil and Feta – baby pattypan squash is sauteed and then tossed with fresh basil and feta cheese. 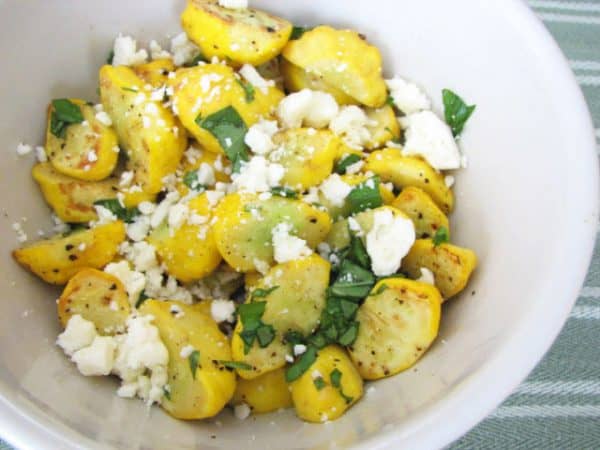 As I was reading through some food blogs a few weeks back, I came across a post that Jenn at The Leftover Queen had written, featuring what she called “Spaceship Squash.” I had never heard of these squashes (is it squash for plural or squashes?) until earlier this year, when I ran across a recipe that used them. In the recipe, they were called pattypan squash, but I like Jenn’s name better – spaceship squash.

After reading her post, it got me thinking that I had never posted about the side dish I had made featuring this squash, and I made this several months ago – back in March!!

One thing that I usually love about food magazines is that the recipes featured usually have fruits and veggies that are in season. So when I ran across this recipe in the April edition of Cooking Light, I was a little confused as to why a summer squash was in an April magazine. But for some reason, my attention kept going back to this recipe. So I decided to make it.

Normally, I wouldn’t even look twice at a recipe that features an ingredient that isn’t one so normal that it could be found on the shelf of every grocery store across the US. I know I have complained about this before, but finding ingredients where I live is not always easy. But I can’t complain as much anymore. I think my problem before was that I was shopping at the wrong places. There is a grocery store here – Harmons – that I had always avoided, thinking that it was too expensive. But I have fallen in love. This store has saved my culinary life. They carry a plethora of fruits and veggies – ones that I always had a hard time finding before. And if local fruit or vegetables are in season, that is what will be on the shelves at Harmons. And to my surprise, it is actually cheaper than most of the other grocery stores in the area. And it’s a locally owned store, so I feel much better about shopping there.

I know there aren’t a ton of Utah food bloggers out there, but if you are in Utah, I highly recommend Harmons!

Back to the squash – so when I decided to try this, I knew that if Harmons didn’t have the squash, I wouldn’t be able to find it anywhere else. So I went, and sure enough, they had it. It was ridiculously expensive since it was out of season, but what do you do when have a recipe that you can’t get out of your head?

After we had eaten, I realized that I had totally forgot to add the leeks into the recipe, and I’m sure they would have added some great flavor, but I really enjoyed this as a side dish. And I’m sure it’s even better now that squash is in season, but now that I’m prego, I don’t dare eat feta, which I really miss. (And just on a side note – I think I read too much! Some sources say no feta, some say it’s ok as long as it’s pasteurized – but I guess I’m being a paranoid first time mom and staying away from anything that I’m not sure about!!) But I will be experimenting more with this squash!

Sauteed Baby Squash with Basil and Feta – baby pattypan squash is sauteed and then tossed with fresh basil and feta cheese. 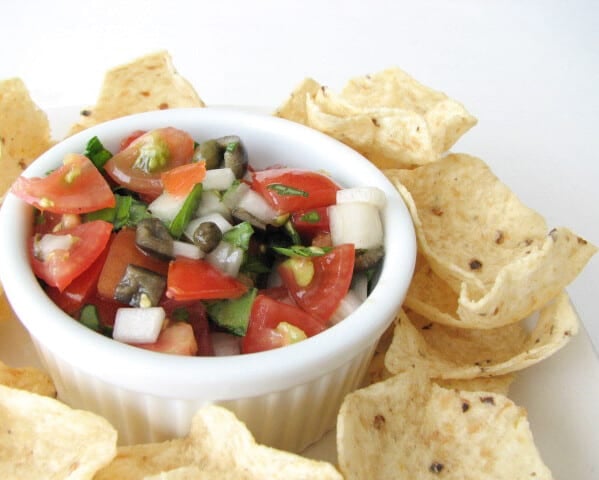