A slider recipe given a Southern twist by adding fried green tomatoes. 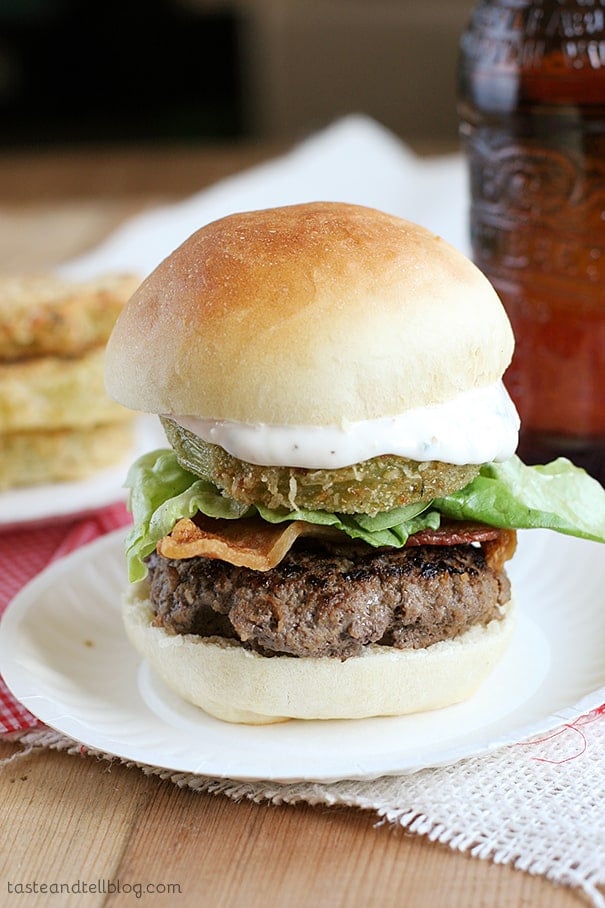 I had my first fried green tomato just last year.  I know – where have I been?  But after that first bite, I was hooked.  If you’ve never had fried green tomatoes, do yourself a favor and at least make some while you can still get green tomatoes.  But if you want to take it up a level (or three), stack those fried green tomatoes on top of a slider! I remember seeing this episode of the Rachael Ray Show last year.  I wrote the recipe name down in my trusty notebook, and it has been staring at me ever since.  Every time I go into that notebook while menu planning, this recipe – at the top of the list – always begs to be made.  So I promised myself that I would make these as soon as I could get my hands on some green tomatoes!! This recipe is definitely worth making.

I will warn you up front that it takes a lot of multi-tasking, and that is quite difficult with 2 kids begging for attention, but I managed to get through the recipe.  The bacon may have been extra crisp from being in the oven too long, but at least the sliders got finished!!  And let me say, these were worth waiting a year to make.  The burger itself is packed with flavor, but combined with the bacon, the fried green tomato and that sauce – wow.  That sauce, despite being such a simple list of ingredients, was amazing.  I may have dipped a tomato or two in it before the burgers were done.  In fact, I almost didn’t want a burger – I just wanted the fried green tomatoes and the sauce!!  But everything combines and makes for the perfect, filling slider.  They may be sliders, but one was more than enough for me – they are packed full of all kinds of good stuff!!

And hey – since it is Labor Day on Monday – if you don’t already have a menu planned out, these would be perfect for the holiday! 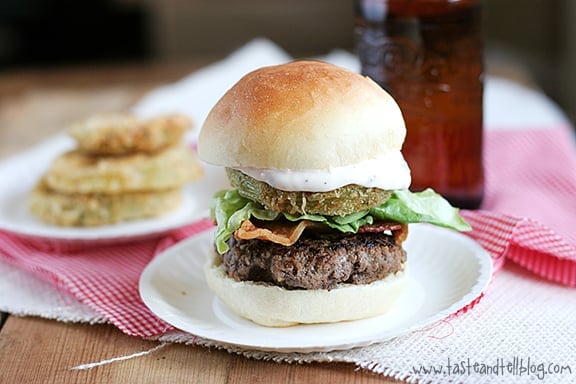 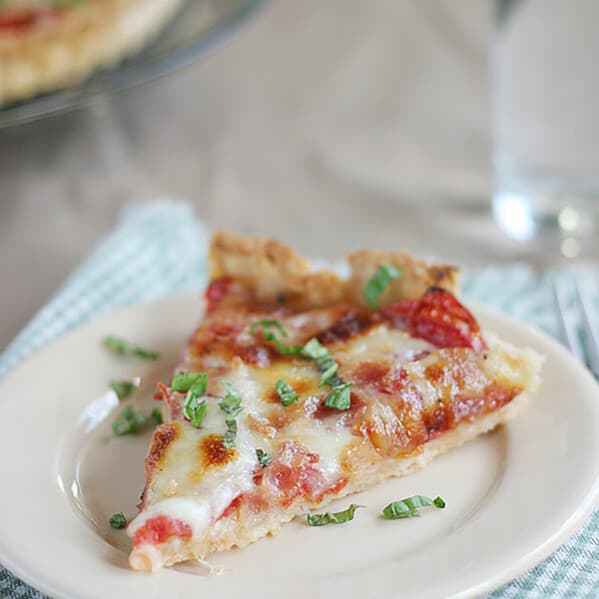 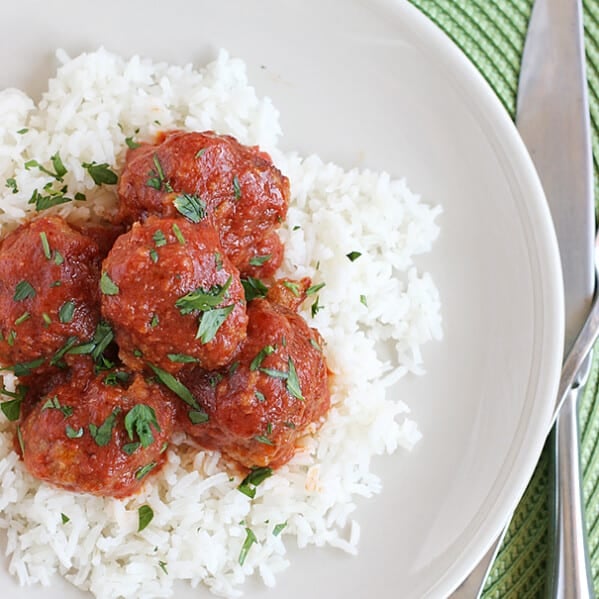