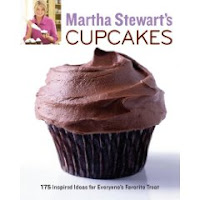 What a fun book this has been!! Martha Stewart’s Cupcakes was a last minute choice for the Cookbook of the Month for June, but I’m so glad my plans changed and I picked up a copy of this. I had the hardest time just choosing these 4 recipes, so I know that there will be many more recipes to come from this book!

This cookbook is divided into 8 sections, as well as sections for things such as “the basics” and “displaying and giving.” If you are a cupcake fanatic, this is a must have for your collection. And even if you aren’t a cupcake fanatic, you will find many, many cupcakes in this book to be inspired by.

I had a few mishaps – including sinking cupcakes and a frosting that didn’t quite work, but overall, I was quite pleased with the outcome of each recipe. My biggest complaint – and I’m sure I’m silly for complaining about this – is that all the recipes aren’t true “cupcake” recipes in my opinion. There are mini cheesecakes and brownies – which I’m sure I’ll make some of them, but when a cookbook is sold as a cupcake book, I think it should only contain true cupcakes. (I actually have the same complaint about her cookie book, too – because it contains brownies and bars, which aren’t cookies in my opinion…) But the pluses definitely come out on top. A beautiful picture of each creation – which is a huge bonus for me – as well as a large variety of cupcakes. Plus there is something there for every skill level. There are plenty of simple recipes, but I know I will learn a lot from this book as well.

Ladybug Cupcakes 4 out of 5

Peanut Butter and Jelly Cupcakes 3.9 out of 5

And onto July’s choice… 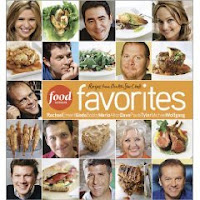 I actually bought actually bought a different cookbook for this month, but once I got it home, I decided that I didn’t love it enough to even choose it for the Cookbook of the Month. So I went to my collection that I received and chose one of those – Food Network Favorites. This book is a little bit older, and a few of the chefs aren’t even on Food Network anymore, but the book has plenty of recipes that I want to try. I actually bought this as a wedding shower gift for my sister in law several years ago, and had been wanting my own copy, and was very excited when I ended up getting one for free! Come back tomorrow for the first featured recipe from this book! 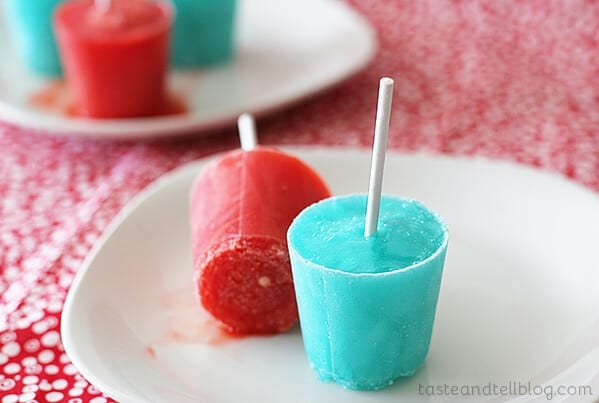