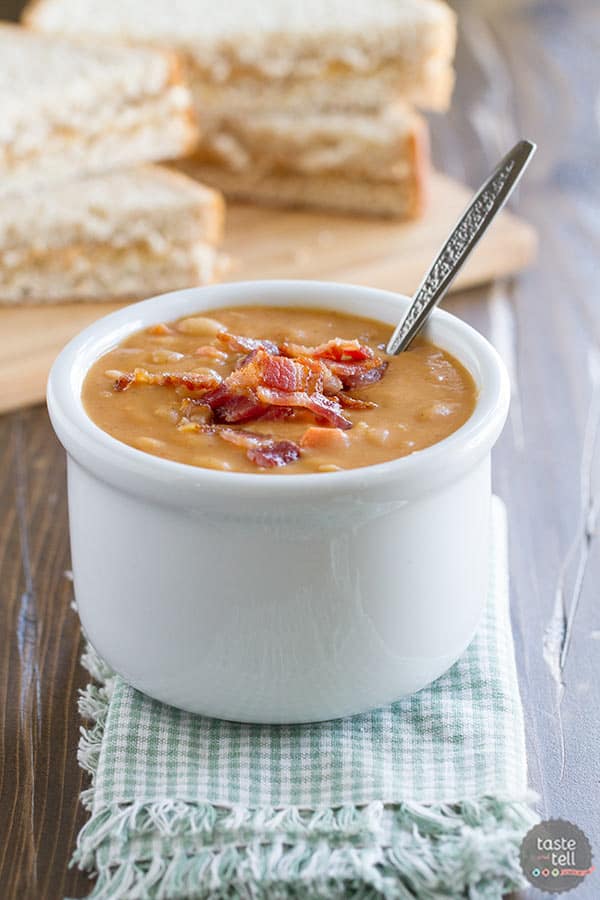 One of my favorites on those Sunday afternoons was the bean with bacon soup. I don’t know why I loved it so much, but I would always choose it over the chicken noodle or split pea with ham. 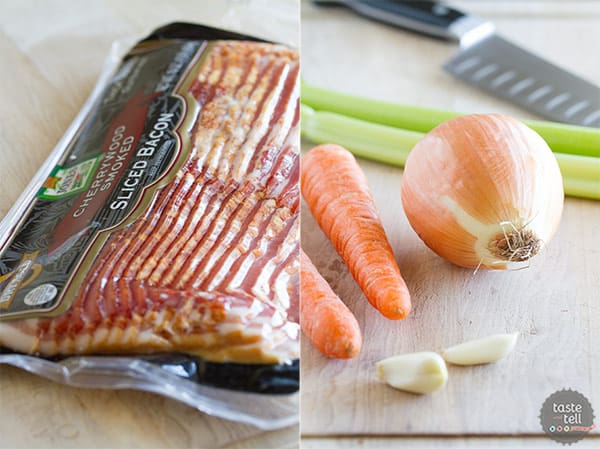 Well, my daughter has this love of soup. She would probably eat homemade soup every day if I made it for her, but since that’s just not possible 🙂 we always have a few cans of chicken noodle soup on hand. That girl can eat an entire can of soup for lunch herself.

One day, at the grocery store, I was letting her choose out a few cans of soup. And there I saw it – the Bean with Bacon soup. I decided to buy a can to have on hand for if I ever wanted to eat it for lunch.

Fast forward a few weeks, and my daughter gets home from school, asking for soup for lunch. I go to the pantry, and not a can of her beloved chicken noodle soup left. She sees my can of Bean and Bacon soup, and asks for it. I begrudgingly say yes.

And then she only eats like 2 bites of the soup. After she left the table, I decide to eat a bowl of it for lunch since it was already open and out.

And I ate about 2 bites of it and was done.

I don’t know if my tastebuds have just grown up, or what, but I did not like it. It tasted overwhelmingly of smoke, and not like real smoke. Like liquid smoke. 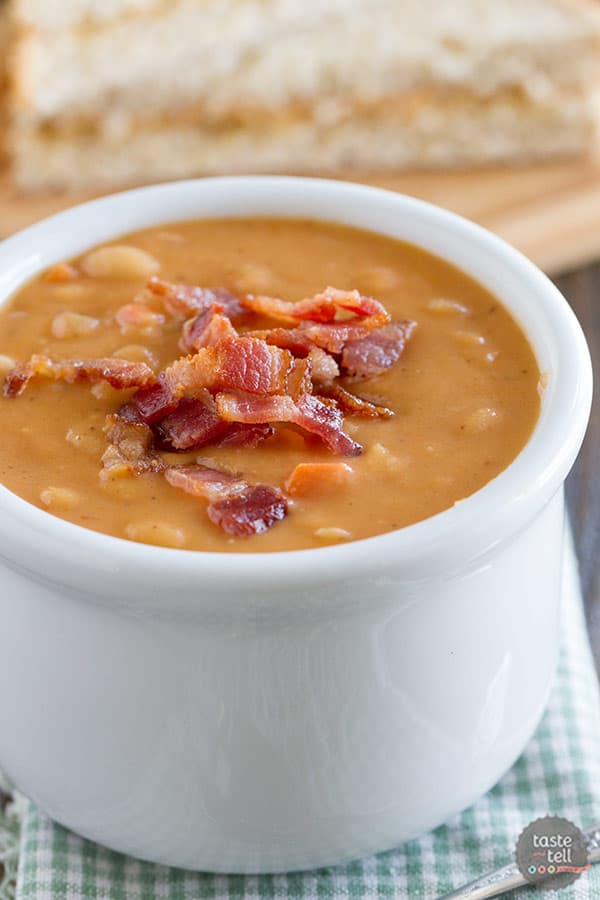 I was sad, but only for a minute. Because right then, I decided that I needed to make a homemade bean and bacon soup – with flavor from real smoked bacon.

One eye opener for me when I visited the Culinary Institute of America with Jones Dairy Farm last year was that a lot of companies use liquid smoke to flavor their meats and bacon. I felt duped. When something says smoked, I’m thinking it’s actually spent some time in a smoker, but that isn’t always the case.

For my soup, I knew I wanted actual smoked bacon, not liquid smoke or bacon that had been flavored with liquid smoke. So naturally, I chose my favorite Jones Dairy Farm bacon – their Dry Aged Cherrywood Smoked Bacon. I’ve said it here a thousand times before, but no other bacon compares to this bacon in my eyes.

After choosing the perfect bacon, the rest was pretty easy. Some beans, veggies and chicken broth are cooked together. Half of the mixture is pureed to give you that thick, creamy texture. Add in some tomato sauce and stir in the bacon – it’s the soup that blows that soup of my childhood out of the water. Seriously – this bean and bacon soup was so good – there will be no more cans of soup in my future! 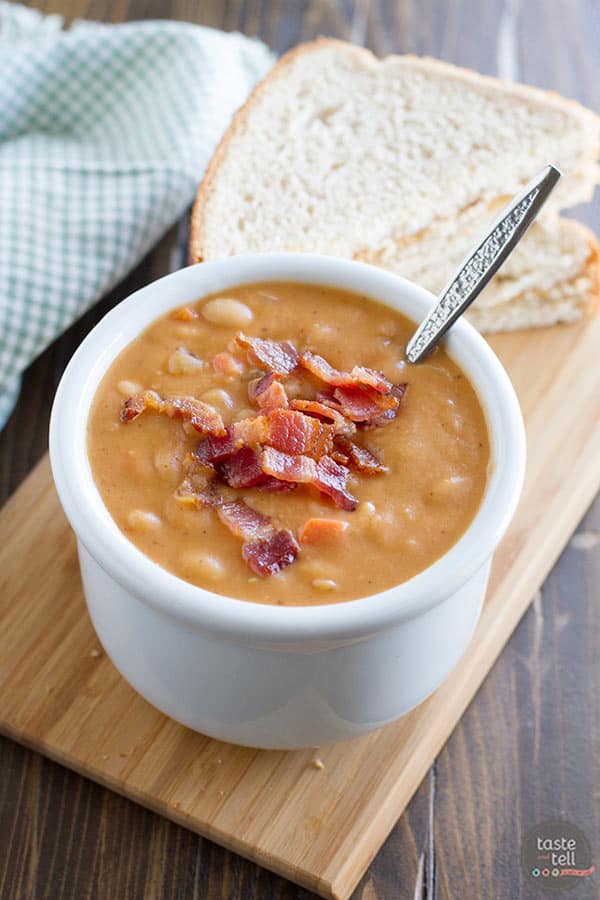 WATCH HOW TO MAKE THIS HOMEMADE BEAN AND BACON SOUP BELOW!

I am in a working relationship with Jones Dairy Farm, and this post has been sponsored. I’m so glad to be able to work with companies and organizations that I truly believe in. Thank you for supporting them, too. 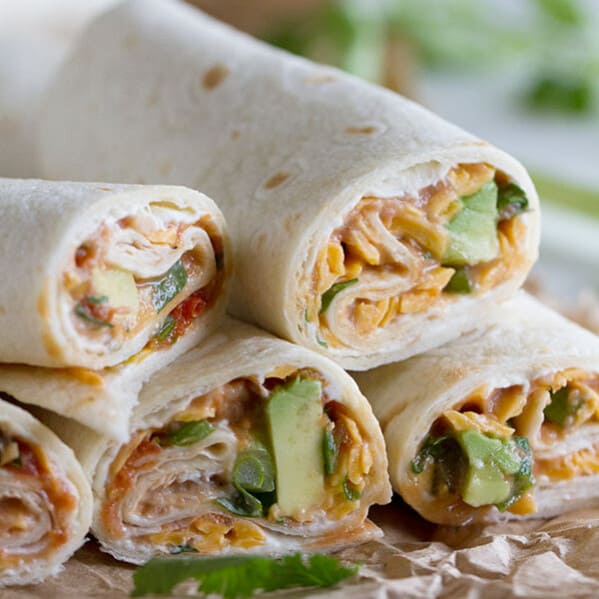 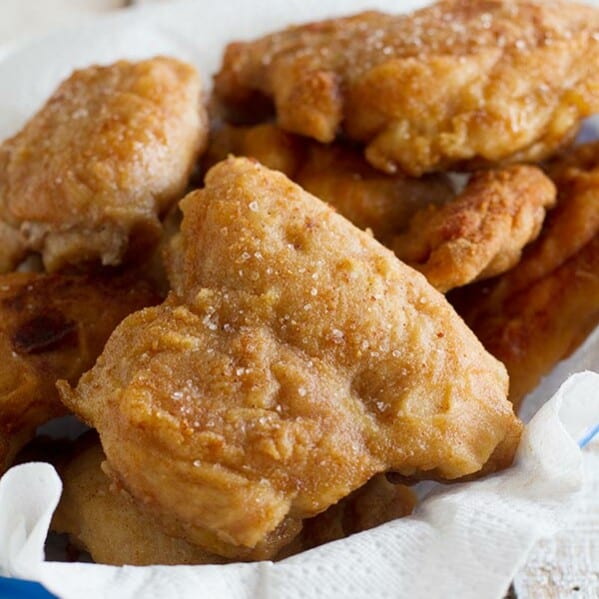