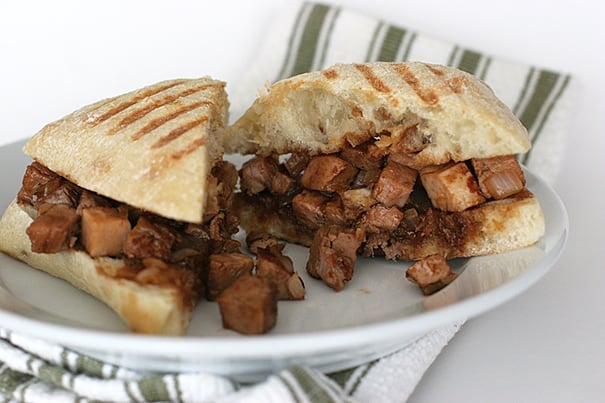 My skillet that I use regularly is not oven safe. It has plastic on the handle. I really need to get a new oven safe skillet, and this recipe just reiterated that to me!!

Let me explain. I saw that for this recipe, I would brown the pork loin on the stove, then transfer it to the oven to finish cooking through. So instead of using my regular, every day skillet, I used a cast iron skillet. All was well until I went to the oven to pull out the pork. I don’t know – maybe it wasn’t the cast iron skillet although I’m assuming it was – but that pan got so hot that none of the juices from that pork wanted to stay in the skillet and they were all over the oven. Now I had a huge mess in my oven to clean up.

In a small skillet, heat the remaining 1 tablespoon oil over medium heat. Add the onion and cook, stirring, until softened, about 8 minutes.

In a large bowl, whisk together the hoisin sauce, honey, sesame oil and soy sauce. Stir in the onion and the pork and it’s juices.

Preheat a panini press. Divide the pork mixture evenly among the roll bottoms, then cover with the tops. Working in batches if necessary, grill until browned and crisp. 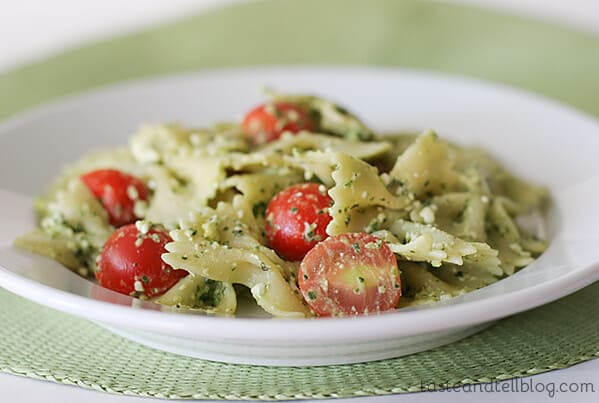