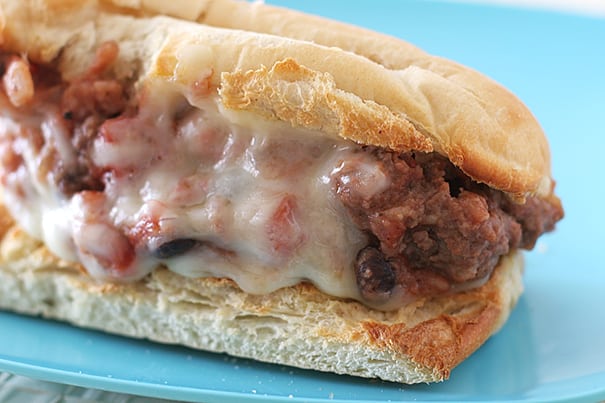 Why is it that whenever you get back from a vacation, you feel like you need a vacation to recover from your vacation?

I just spent the last week in southern Oregon/northern California and had such a good time. But now I feel like I need a day or two just to recover!! Almost 2500 miles – 4 adults, one 6-month old baby and 2 dogs. But so much fun!

So instead of rumbling on, I’m just giving you a recipe, because that’s all I have the energy to do right now. I have to admit that I didn’t love these, but I really think they have so much potential. If any of you read Rachael Ray’s magazine, you know she has a section called the “No-Recipe Zone.” I decided to give this one a try, just guessing on the amounts. I ended up adding way too much of the tortilla chip crumbs and I think that lessening them would really make these delicious. Especially when you are craving a big bowl of chili but want something faster!

Chili Meatball Subs
adapted from Everyday with Rachael Ray May 2009

In a large bowl, combine the ground beef, chopped onion, 1/2 of the corn chips, egg, chili powder and salt. Form mixture into meatballs.

In a dutch oven or large pot, sauted the sliced onion in a bit of olive oil. Add the tomatoes and the rest of the corn chips. Add the meatballs, cover and simmer until the meatballs are cooked through, about 20 minutes, then stir in beans.

Spoon the meatballs into the toasted rolls, top with some shredded cheese, and broil until the cheese is melted, about 2 minutes. 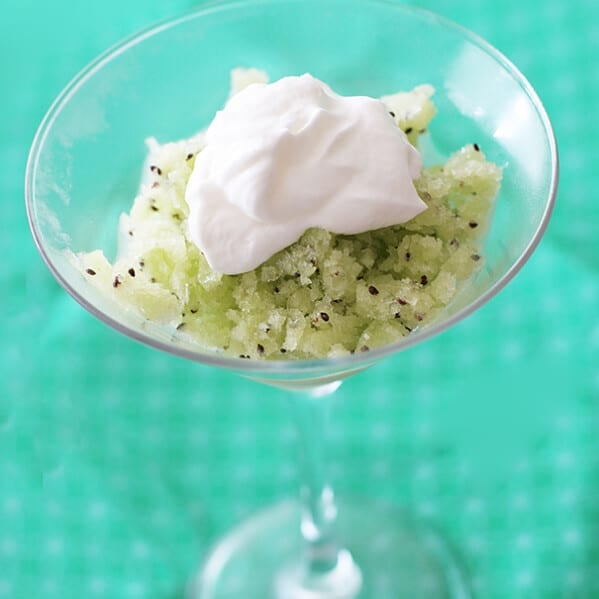 Next Post
Cookbook of the Month Recipe – Kiwifruit Granita